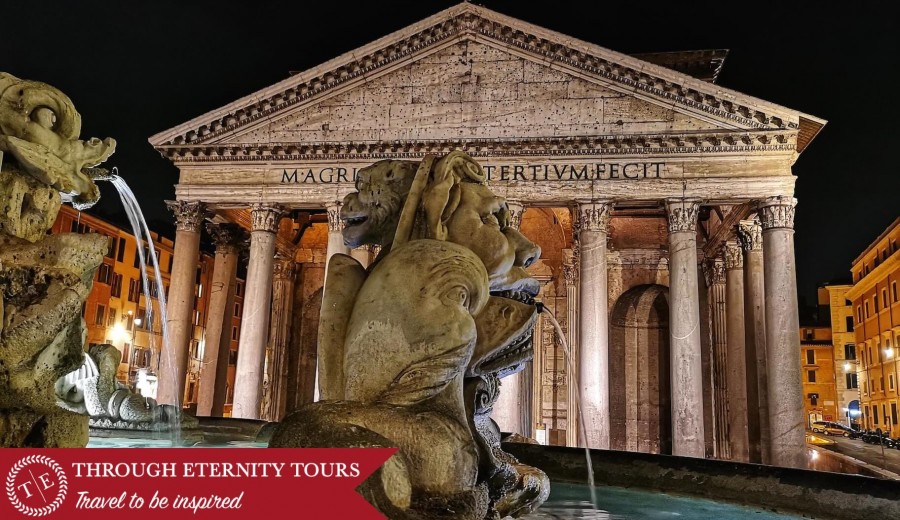 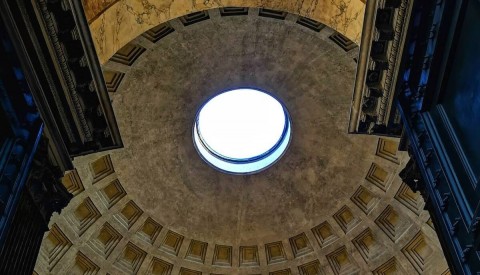 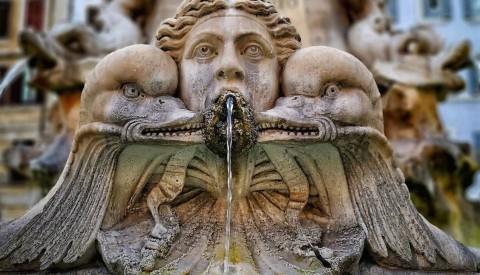 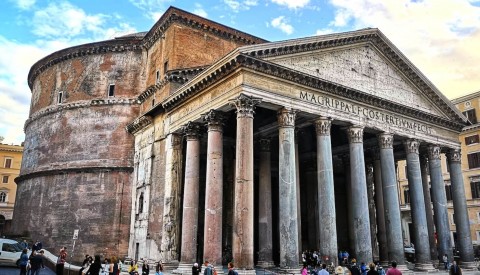 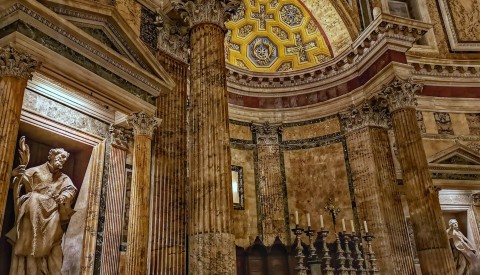 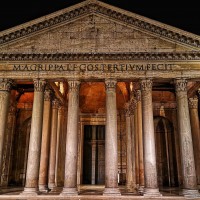 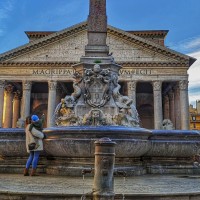 Buy one virtual tour Get € 25 Coupon!

COMING SOON! Join Enrica on an exciting virtual journey to ancient Rome as we explore antiquity's best preserved monument. Discover the fascinating history of the Eternal City's awe-inspiring temple to all the gods, and learn how it remains the largest unsupported dome ever built over 2,000 years after its completion. In the virtual company of Enrica we’ll trace the rich story of the Pantheon over the centuries: find out its important role in the ancient city and the purpose of its mysterious oculus opening; discover how the Pantheon's conversion to a Christian church in the 7th century saved it from certain destruction, and learn how it's the final resting place of great artists and Italian kings. Thanks to detailed photographs, videos and reconstructions, our in-depth virtual tour will give you the fascinating full picture of the Pantheon from the comfort of your own home – see for yourself why Michelangelo himself believed the Pantheon to be the divine work of angels!

If you cannot find a scheduled time for our virtual tours that work for you, please contact us directly and we would be delighted to set up a private virtual tour for you and your group!

As a sign of our gratitude to those who are on the front line fighting the Coronavirus, we would be more than happy to invite all first responders, health workers and NHS workers to join our Virtual Tours for free. Please message our office staff directly.

The magnificent Pantheon, classical Rome’s temple to all the gods, is the city’s most perfectly preserved ancient monument. Michelangelo himself considered it to have been the work of angels, its perfection beyond the reach of mortal man, and in some respects it really does seem to be superhuman. Completed in around 125 AD by the great builder emperor Hadrian, the massive barrel-drummed and porticoed temple bears a misleading inscription crediting patronage to the consul Agrippa - Agrippa’s original temple that originally stood here burned down, and Hadrian modestly retained the inscription when he rebuilt the Pantheon from scratch on an unimaginably more epic scale. On our virtual tour of the Pantheon, you’ll be transported back to the 2nd century AD and learn all about why this mysterious temple to the Pantheon of Roman deities was built here. Virtual reconstructions, diagrams and videos will help bring the ancient history of the Pantheon to life like never before.

The extraordinary dome that caps the Pantheon is without question the grand edifice’s most impressive feature. Amazingly, the dome remains the largest unreinforced concrete dome anywhere in the world almost 2,000 years after its construction, and awe-inspiring 142 feet in diameter. Your guide will give you the lowdown on the Pantheon’s incredible architecture, and together we’ll discover the ingenious methods adopted by the architect Apollodorus of Damascus and his engineers to bring this gravity-defying feat to fruition.

No less impressive is the massive portico of columns that fronts the Pantheon on the piazza: enormous marble monoliths carved in distant Egypt, learn about the mind-boggling feat of engineering and labour that brought them across desert, land and sea all the way to the heart of the ancient city.

So spectacular was the Pantheon that it avoided the fate of many of its neighbouring pagan temples when Rome became a Christian city. Converted to a Christian temple at the beginning of the 7th century, learn how its change of affiliation saved the Pantheon from destruction and preserved it for posterity. On our virtual tour we’ll trace the trials and tribulations of the temple over the centuries, discovering along the way how it was believed for centuries that the Pantheon’s crowning oculus was created by demons fleeing the temple on its transformation into a house of Christian worship.

Given that the Pantheon these days is technically a church - Santa Maria ad Martyres – it makes sense that there are a number of tombs in here. But they’re not just any tombs. On our Pantheon virtual tour we’ll also get to know the famous personalities who are laid to rest here, from the first king of a Unified Italy Vittorio Emmanuele II to the ‘Prince of Painters’ Raphael and Baroque master Annibale Carracci.