Experience the “other side” of the Golden Horn, with a private expert TE guide in the colorful district of Pera. Step back in time to the age of the Orient Express and beyond! 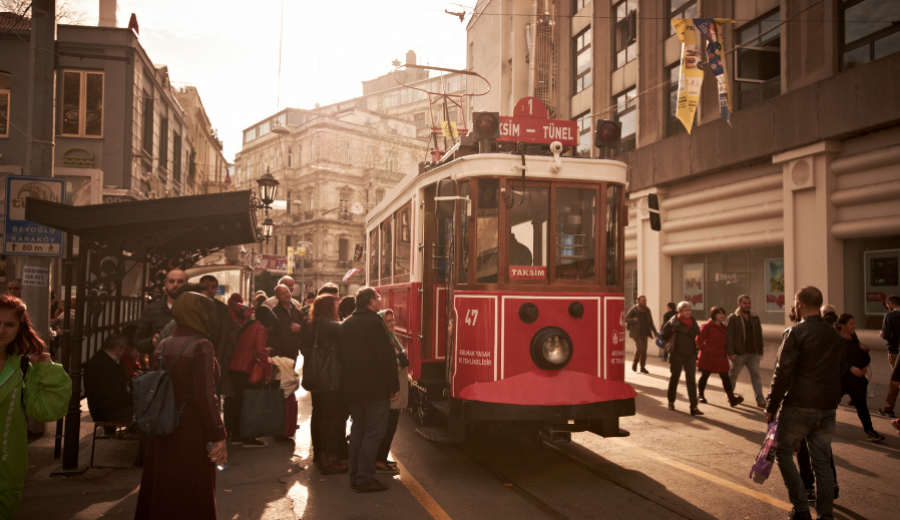 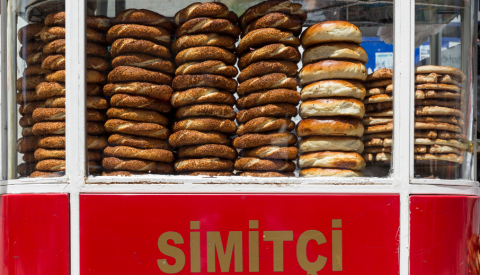 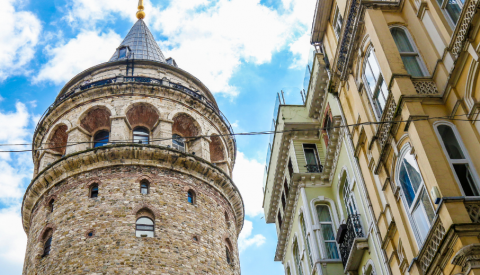 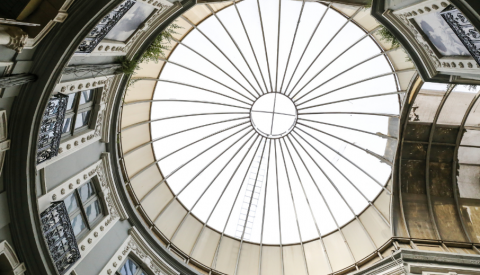 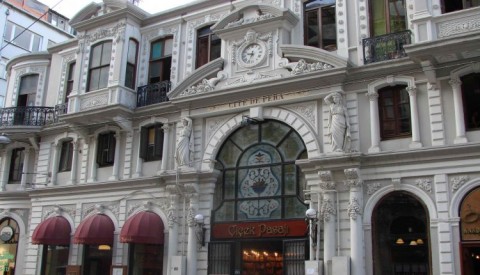 Istanbul is a gem of many facets you could spend a lifetime admiring. Our Taksim & Pera Private Immersive Tour, is designed to guide you through another brilliant part of the city across the Golden Horn. This multicultural zone is home to beautiful streets famous for Art Nouveau and Neoclassical architecture. Your expert private TE guide will share the vast history of Pera, as you stroll her streets, like the lovely pedestrian only Istiklal Street, home to eclectic shops, restaurants, cafes, and pastry shops, known also as “Grand Rue de Pera”. Beautiful churches and mosques grace the zone and are worthy of exploration as is the oldest high school from the Ottoman Empire, Galatasaray High School. The visit wouldn’t be complete without a visit to the Pera Palace Hotel, built in 1895 to host guests of the famous orient express! You can imagine Agatha Christie, and Ernest Hemingway, walking the elegant corridors either ending or maybe beginning an exciting journey. Come and walk in their footsteps on your Private Taksim & Pera half day tour.

This private tour begins with hotel pick up where you meet your private expert TE guide and make your way to the Pera District. This lively part of the city weaves European and Eastern Cultures together seamlessly. Your Taksim & Pera Private Immersive Tour is the best way to get the most out of this unique district. From strolling the grand avenue, to touring the most important mosques, churches, theaters and cultural sites, your expert private TE guide will take the guess work out of your experience leaving your mind free to enjoy more of what  this culturally rich district has to offer.

The Grand Avenue of Pera or now Istaklal Street, (Independence Avenue), is where you will find some of the most interesting architecture in the city. Neoclassical, Art Nouveau, and late Ottoman era buildings grace this elegant street, making your stroll a sight to behold. Known for art, culture, shopping and food, you will explore the best the district has to offer. Here you will visit the French Cultural Institute to learn more about the French influence in the zone. French, is not the only European influence here since Pera is also home to a variety of European Consulates, many with a number of academic institutions, adding to the international atmosphere.

Religious diversity can also be found in the mosques, synagogues, and numerous churches of various rites, (Greek Orthodox, Armenian, Roman Catholic, Church of England) you will find on and around the street and district. Your private expert TE guide will also lead you through a few of these fascinating places of worship like the nineteenth century Aga Camii Mosque and Hagia Triada, or Church of the Holy Trinity, the largest Greek Orthodox Church in Istanbul, and first domed church built since the fall of Constantinople..

Going back to high school was never so fascinating as this visit with your expert private TE guide, to the Ottoman Empire’s oldest high school. Galatasaray, which means “Galata Palace Imperial School”, has been nurturing students for centuries so they could grow to become statesmen, diplomats, writers, composers, scientists and more for centuries. Discover the interesting story of its founding and of its various transformations from Ottoman beginnings, the adoption of the French education system in the nineteenth century, and its modernization period making Galatasaray the prestigious institution it is today.

Step back in time to Pera of the Nineteenth Century. Colorful streets and covered arcades are the places to be.

Every city has its unexpected treasures, and for Pera District, French Street is one one. This lively street is beautifully lined with colorful buildings, outdoor brassieres and cafes, all designed in the French style. In the 1800’s the zone’s first theaters, cinemas, hotels, and cafes were built and sometimes even designed by the French. This charming street is bustling with people, strolling or just relaxing in one of the numerous locals, enjoying live music or just the energy of the street.

The beauty doesn’t end here. Cicek Pasaji, or the “Flower Passage”, is well worth the visit. Your expert private TE guide will regale you with the history of the galleria, first a theater, frequented by Sultans and then transformed into a galleria or passage. Famous for its beautiful architecture it takes its name Cicek Pasaji, from its many flower shower shops.

More of the melting pot of Taksim and Pera to explore.

The French were not the only influence on the districts of Taksim and Pera. Other Europeans played a role and this can be seen through the buildings and places of worship of these communities. The largest Catholic Church in Istanbul, The Church of Saint Antoine or Saint Anthony of Padua, was built by the Italian Community who famously resided in the zone of Galata. Your expert private TE guide will share the fascinating history of the mostly Genoese and Venetian community which goes back to the middle ages.

An interesting example of Gothic Revival can be seen in The Crimea Memorial Church, also known as Christ Church. It was built in memory of the British soldiers who fought alongside the Ottoman and French in the Crimean War. Built by Sultan Abdulmecit in 1868 in their honor.

The magic, romance and mystery of the Orient express come to life!

A visit to Pera wouldn’t be complete without experiencing the elegance of the the Pera Palace Hotel. Built to provide luxury accommodations for the passengers of the famous Orient Express, the hotel today is still available for a luxury escapes, but is also a museum. This Art-nouveau gem awakens your imagination. Stepping through its doors one can almost here the noise of busy porters unloading large trunks and elegant luggage of another generation, as wealthy, and mysterious guests disappear through the elegant halls on route to their luxurious suites. They say Agatha Christie wrote “Murder on the Orient Express”, right here! The list of famous figures from history who have stayed here is a long one. Your expert private TE guide will surely have names and stories to entertain and intrigue you.

As you almost come to the end of your Taksim & Pera Private Immersive Tour, one last experience….. a ride on the world’s second oldest subterranean urban rail, “The Tunnel”. It may not be the Orient Express, but this charming antique subway may just inspire you to write your own story, just like Agatha, almost a hundred years ago.