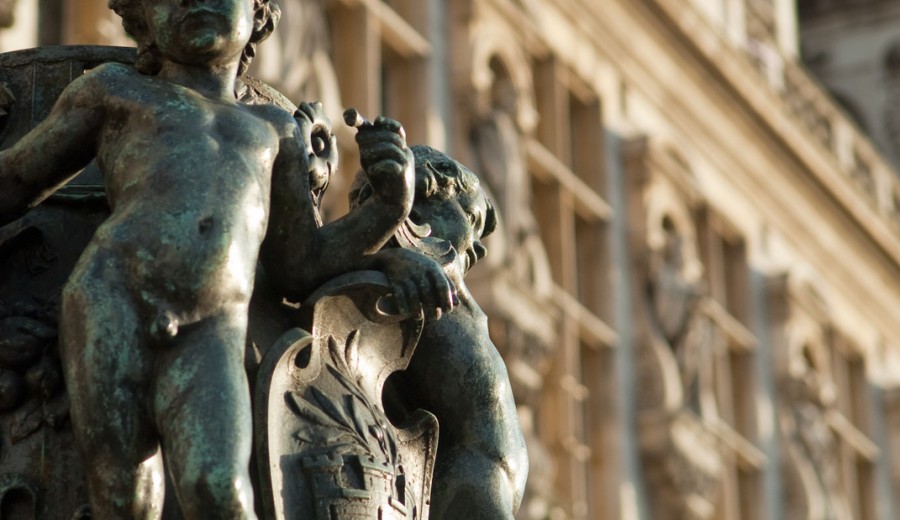 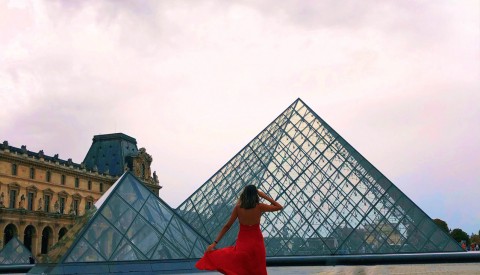 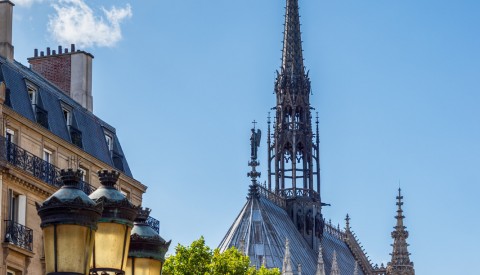 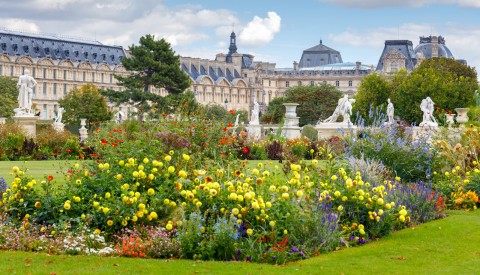 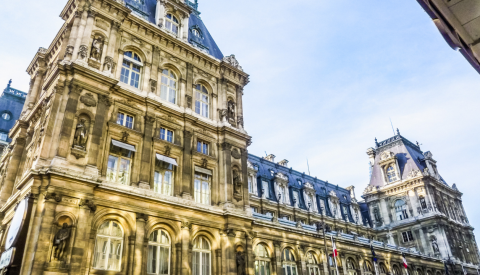 An excellent introduction to the City of Lights, this 4-hour walking tour puts you right in the heart of it all. These are the things you simply cannot leave Paris without experiencing firsthand. You’ll be accompanied by our Expert Guide as you stroll through the regal magnificence of the Louvre’s Napoleon Courtyard and the genteel tranquility of the Tuileries Gardens. You’ll meander the Medieval streets and Renaissance squares of the Marais quarter, with its breathtaking Hôtel de Ville and the ultramodern “inside-out” architectural marvel of the Centre Pompidou. Le Marais has long been Paris’ Jewish Quarter, and identity and tradition are joyously celebrated in customs and cuisines. Your walk along the banks of the Seine will bring you over the bridge and across the river to the Île de la Cité, home to the awe-inspiring Conciergerie, whose soaring turrets stand as a remembrance of Paris’ Medieval monarchy. Also on the island are the Sainte-Chapelle and the awe-inspiring Cathedral of Notre-Dame.. Your Local Resident Guide brings you to experience the drama and spectacle of Paris on this inspiring Through Eternity walk through the heart of the City of Lights!

“There are only two places in the world where we can live happy,” Ernest Hemingway declared, “at home and in Paris.” Hemingway knew how to access the energy and recognize the natural warmth and generosity of the spirit of Paris. Take a stroll in the company of your Licensed Professional Guide on this half-day discovery of the city center, encountering the key elements of her history, her humor and her heart.

Pyramids at a Princely Palace: The Napoleon Courtyard at the Louvre

Stand in the elegant embrace of the mighty arms of the Louvre, the principal residence of France’s kings for more than 2 centuries. Majestic Baroque façades watch over the courtyard, where visitors queue for the museum, local business people enjoy a glass of champagne in the sun, and children frolic and cavort among the fountains. Scattered across the grand courtyard are the glass and steel pyramids designed be world-renowned Chinese American architect I.M. Pei, reminding us of the need to be solidly rooted to the past while inspiring us to venture ever more boldly into the future.

The Arc of the Carrousel – a testament to the ambitions and achievements of Napoleon Bonaparte – serves as a gateway to the rolling lawns and gravel paths of the Tuileries Gardens. Once part of the royal estate, these spectacular Renaissance gardens were designed for Queen Catherine de Medici in the 16th century. Now anyone can amble along, admiring seasonal flora and timeless statuary, smiling at youngsters maneuvering their miniature sailboats over the glittering surfaces of the park’s various pools. This is also where the famed Champs-Elysées begins its westward march toward the Arc de Triomphe, the big brother to that of the Carrousel.

Originally developed by monastic orders in the 12th century on what were then the swampy outskirts of town, Le Marais quarter in the early 1600s was the place to see and be seen. King Henry IV had expensive town homes built around an expansive square, the very first in the city, and the crème de la crème of the aristocracy moved in and took up residence. The French Revolution brought an end to the dreamy days of the urban élite here, and the area was opened to all. In honor of the first of the provinces to pay taxes to the new Revolutionary régime, the square received the name it still bears today – Place des Vosges – and now all Parisians can enjoy the sprawling lawns and arbored avenues of what remains one of Paris’ most elegant addresses.

Le Marais is where Paris’ spectacular Hôtel de Ville, or City Hall, is located. The magnificent façade reflects the grand ideals of the French Renaissance, embellished by architectural elements of France’s Classical period. Not far away is a testament to the city’s playful side: the Centre Pompidou. Formally named after the French president who envisioned and commissioned this beacon of artistic experimentation, locals more commonly call it Beaubourg, after the surrounding neighborhood. In constant evolution, the Centre Pompidou never fails to inspire and delight.

Le Marais first became home to Paris’ growing Jewish population in the 1200s. Around the turn of the 20th century, successive waves of Jewish immigrants arrived, fleeing misery and persecution in Eastern Europe. This eclectic community still thrives in the area around Rue des Rosiers, and the Place Saint-Paul, known as the Pletzl (little square in Yiddish), where you will find synagogues, discreet gardens, Hebrew schools and kosher food stands frequented by black-clad men and boys and demurely-dressed women and girls, alongside other neighborhood residents and well-informed visitors.

More recently, Le Marais has established itself as the fashionable haven of the City of Lights’ LGBTQ+ communities. Slick clubs, trendy bars, chic cafés, and dining experiences that range from très sophistiqué to the bit-and-run street food provide all the stylishly social needs of Gay Paris’ bourgeois Bohemians. This eclectic mix of old and new, of tradition and experimentation, of easy camaraderie and mutual affection and respect is right at home in Le Marais.

* Food is always a good idea, although it's not included in this tour and its pricing please let our office team know if you are interested in enjoining some nibbles in the wonderful Le Marais neighborhood. We will give you some options and the surcharge for this option.

The Île de la Cité: the Medieval Marvels of the Conciergerie, the Sainte-Chapelle and Notre-Dame

A short stroll along the banks of the River Seine brings you to the bridge you will cross to the Île de la Cité. It is here that the ancient Romans erected their garrison town, and it is here that, in the 6th century, the Frankish kings established their residence. Part of the Medieval Palais de la Cité still stands today in the Conciergerie, whose turreted towers and cone-capped bastions stood guard as bards regaled the royal household with epic tales of heroic knights and daring damsels who risked it all for love and honor nearly a millennium ago. That grand palace was expanded in the 13th century by King Louis IX – later to be canonized as Saint Louis – with the construction of a magnificent chapel, one fit to hold such sacred relics as Christ’s crown of thorns. The Sainte-Chapelle’s upper chamber features walls of windows that are 50 feet (15 meters) high, with more than 2000 square feet (185m²) of stained glass, constituting one of the world’s most important examples of this High Medieval art from.

No visit to Medieval Paris – or Paris tout court – could possibly be considered complete without a few moments in the ethereal air of the Cathedral of Notre-Dame. The sound of her bells has engendered legends, the sight of her towers has brought men to their knees. To cross her threshold is to step into the embrace of a thousand years of fear and faith, yearning and seeking, ambition, achievement and identity. The hushed awe that prevails is broken only by the inevitable gasps of astonishment and wonder. Her ribs reach high into the heavens, pointing us toward the eternal that resides in each of us, as the sun streaming through ink-stained windows brings age-old stories to brilliant life, illuminating the stones, the space, and our very souls.

Through Eternity’s Essential Paris Tour brings you face-to-face with this remarkable city, as our Expert Local Guide unlocks her secrets and tells you her tales.