The Treasures of the Louvre: Private Experience

The Human Experience Recounted in Art in the Former Royal Palace

The Treasures of the Louvre: Private Experience 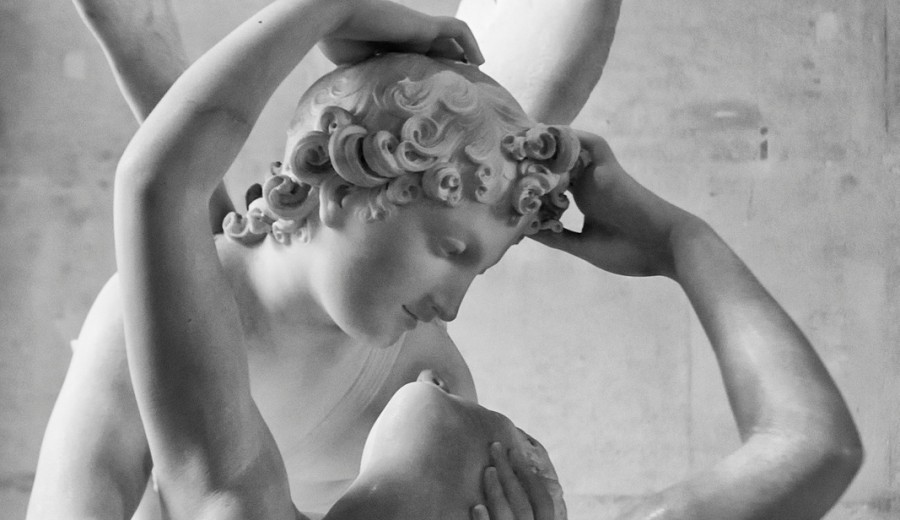 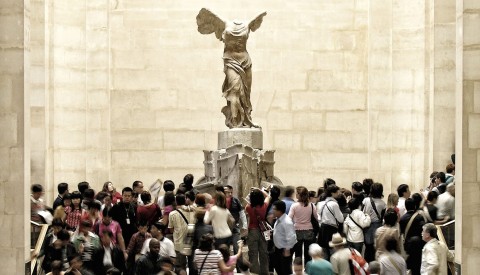 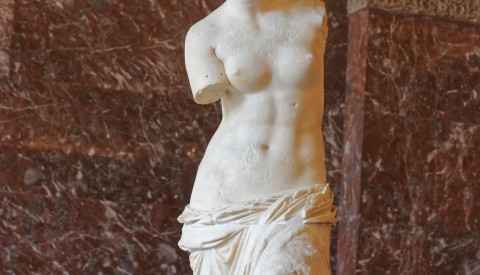 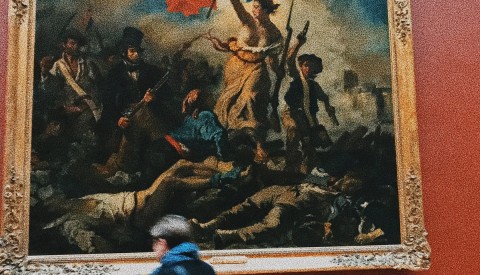 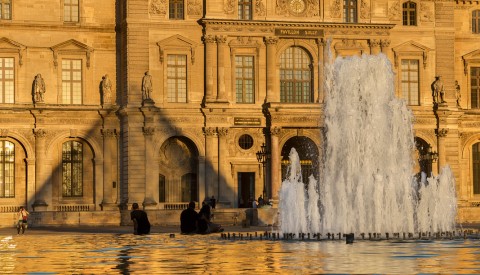 The Louvre is the most visited museum on Earth for good reason. Your Expert Local Guide will show you why, plunging you first into the Ancient world to encounter the remarkable Winged Victory of Samothrace and the softly sensuous Venus de Milo. You then come face to face with the Italian Renaissance masters Botticelli, Titian, Raphael, and the inimitable Leonardo da Vinci, who made us all fall in love with Mona Lisa. Then you are off to meet the French Romantic masterpieces, the heart-wrenching Raft of the Medusa and the awe-inspiring Liberty Leading the People. Your Guide leads you to a special area that hosts Michelangelo’s moving sculpture of The Dying Slave and Antonio Canova’s rapturous Psyche Revived by Cupid’s Kiss. In the Apollo Gallery, you are bathed in Louis XIV glory and grandeur, even getting a glimpse of the Crown Jewels.

“Keep good company,” painter Paul Cézanne counseled, “go to the Louvre.” And if he were alive today, he’d urge you to go with Through Eternity, whose gifted storytellers bring it all to life. The Louvre began its life nearly a millennium ago, as a fortress on the western walls of the city. In the early 16th century, King Francis I adopted it as the principal residence of the monarch, an honor it held for almost 2 centuries, when King Louis XIV moved the court to Versailles. The French Revolution turned the royal palace over for use as the Central Museum for the Arts of the Republic, featuring 537 paintings and 184 objets d’art. Today its holdings are estimated at a whopping 550,000 pieces. If you were to spend just half a minute in front of each of the 35,000 works of art on display, even that would take you 200 days!

The Call of Antiquity

Your Expert Local Guide helps you navigate this vast ocean of art, not merely cataloguing the items but recounting their stories, describing their contexts, and explaining their meanings. Learning what makes something special is often the most enlightening, as well as the most entertaining, part. The Venus de Milo is a perfect example. Discovered in 1820, acquired by France and displayed in the Louvre the following year, she was the object of an energetic media blitz, and throngs of people came to blush at her poignant beauty. She was not, though, without her detractors. Find out why Renoir himself called her nothing but “a big gendarme”!

The Winged Victory of Samothrace dominates the grandest stairway of the museum, appearing to alight on the prow of a marble warship. Her wings seem to still be negotiating with the wind that carried her there, creating a relationship with the space around her and giving us a sense of movement, of the forces of nature, and of her power to master those forces. A dramatically fitting introduction to everything you are about to experience in the great halls of the Louvre!

Renaissance: Rebirth of the Ancient World

The ancient Roman Empire at its height embraced about 20% of the population of the planet. Where else but Italy could the rekindling of interest and the reawakening of the human spirit have occurred? And nowhere outside of Italy is this Renaissance better documented, preserved, and displayed than In the Louvre’s celebrated Salon Carré. In 1514, young King Francis I was in Bologna for peace negotiations. There he met Leonardo da Vinci, who was part of the papal retinue. Two years later, on a personal invitation from the king, da Vinci relocated to France, where he spent the last 3 years of his life. Among the paintings he brought with him was the portrait of the lovely young Lisa Gherardini, whose enigmatic almost-half-smile has beguiled observers for half a millennium. Your friendly neighborhood Guide will tell you all about the early 20th-century cause célèbre that catapulted the Mona Lisa to the position she still holds as the most famous painting in the world.

And that’s not the only da Vinci masterpiece you encounter. Then there is the magnificent Wedding at Cana by northern Italian master Veronese, which you can calmly admire while everyone else is held in thrall by Mona Lisa across the room. Raphael’s captivating Portrait of Baldassare Castiglione captures the very character of this remarkable individual: diplomat, soldier, Humanist thinker and writer – a true Renaissance Man.

Romantic Notions in The Red Rooms

Named for the intense scarlet color given to the walls in the mid-19th century reign of Napoleon III, these rooms originally featured paintings by 17th- and 18th-century French masters. These have been joined by some of the most important – and most expansive – canvasses from the late 18th and 19th centuries, including the one that made Napoleon the Great exclaim, “One can walk through this painting!” At nearly 20 feet high and 33 feet wide, and with a title almost as long, Jacques-Louis David’s The Consecration of the Emperor Napoleon and the Coronation of the Empress Joséphine in Notre-Dame Cathedral on 2 December, 1804 puts you right in the middle of the action.

The collapse of the Napoleonic regime at Waterloo in 1815 ushered in a tumultuous period for French politics. The restoration of the monarchy was supposed to ensure safety and stability, but inadequacy and incompetence nearly wrecked the ship of state. Marvel as your Guide recounts the controversy that surrounded Théodore Géricault’s The Raft of the Medusa at its presentation at the 1819 Salon, arguably the most important annual or biannual art event in the Western world from 1748 to 1890, held in the Louvre’s famous Salon Carré.

Another blow, a fatal one this time, was struck to the restored Bourbon monarchy in 1830 with an uprising against the autocratic rule of King Charles X. Eugène Delcroix’s evocative Liberty Leading the People depicts citizens of all ages and classes – university students and bourgeois gentlemen, urban workers and young boys – rising up to resist tyranny. By the time he painted this stirring scene, Delacroix had already established himself as the most prominent figure of the new and burgeoning Romantic Movement. This oversized tableau packs all the emotional punch that the Romantics were so good at delivering.

Italian Sculpture in the Michelangelo Gallery

This 19th-century gallery is modelled after the Louvre’s Room of the Caryatids, one of the earliest expressions of Renaissance interior architecture in France – predictably commissioned by King Francis I in the early 1500s upon his return from Italy and fresh from his discussions with Leonardo da Vinci. The combination of warmth and airy lightness provides the perfect space to display the finest elements of the Louvre’s Italian sculpture collection. Pride of place is held by two pieces by the man whose name was given to the gallery. Michelangelo’s The Dying Slave and The Rebellious Slave were to be incorporated in Pope Julius II’s funerary monument, the most extensive sculpture project to be commissioned since ancient times. Alas, the pope decided to divert funds to the building of a new church over Saint Peter’s resting place on Vatican Hill, and these pieces were never completed. What a stroke of luck for us! Once, after having completed a winged figure, he was asked how he had made such a lifelike form. He famously responded, “I saw the angel in the marble and carved until I had set him free.” In the unfinished state of the Slaves, we can clearly see Michelangelo’s process at work: one hard and enraged, relentlessly resisting, the other soft and resigned, giving in to inevitable death, but both seeming to emerge directly from their stony cells.

This gallery is also home to Antonio Canova’s late 18th-century poem-in-stone, Psyche Revived by Cupid’s Kiss. One of the greatest sculptors of all time, Canova here recounts an ancient myth with great tenderness, giving evidence of tremendous understanding of the struggles and inconsistencies inherent to the human experience. Stand enraptured as your Guide weaves the tale of these two legendary lovers and explains why their story remains strikingly relevant to us even today.

Basking in the Baroque

We couldn’t leave the Louvre without one last stop, a powerful reminder of its role as principal royal residence. The High Baroque Apollo Gallery is dripping with gold, boldly proclaiming the preeminence of France during the time of Louis the XIV, the Sun King whose reign was longer than any in history until that of Queen Elizabeth II. In this less visited part of the palatial complex, you contemplate the might and majesty of 17th-century France, as your Guide illuminates your understanding and tickles your fancy with anecdotes about the monarch who unflinchingly proclaimed, “I am the State.”

Your visit ends where it started, among the hypermodern glass Pyramids of the Napoleon Courtyard, anchored in the past and directing us ever onwards into the future. They are a fitting metaphor for all the Louvre is and all it stands for. Join your Expert Through Eternity Guide for this incomparable adventure through history, architecture and art!