Discover the Château of Versailles and It's Gardens 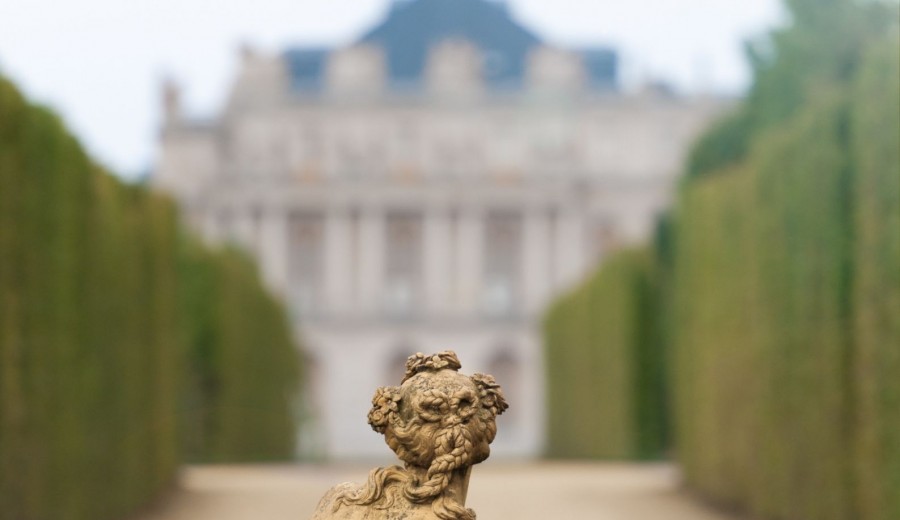 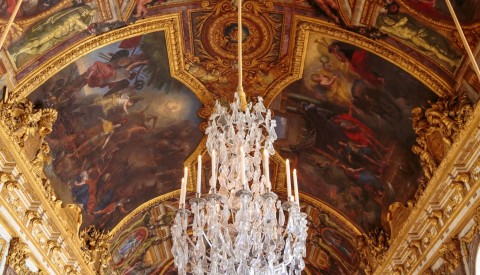 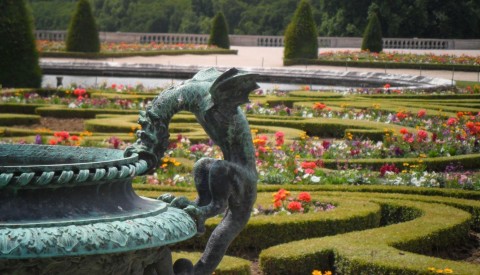 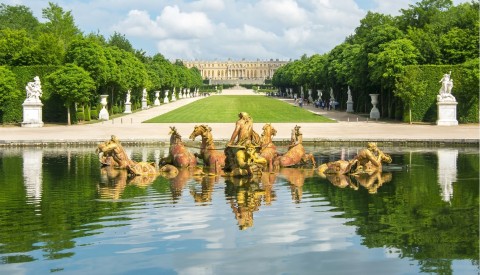 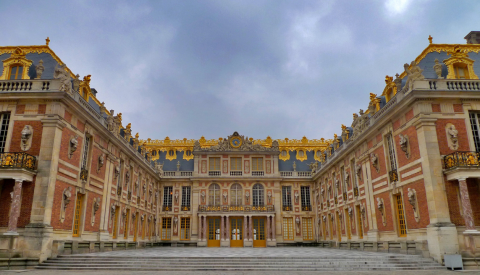 The great English writer and statesman, Horace Walpole, Earl of Orford, once remarked that, “When a Frenchman reads of the Garden of Eden, I do not doubt but he concludes it was something approaching to that of Versailles.” Once you’ve seen it, you’ll be convinced that the great château rivals the halls of Heaven itself. Wander in wonder as your Expert Local Guide leads you through the richly appointed Grand Apartments of the King and Queen, including the breathtaking Salon of Abundance, the Salon of Venus, Marie-Antoinette's bedroom, and the spectacular Hall of Mirrors. Stroll through meticulously manicured Gardens among fantastical fountains, as you imagine yourself attending a royal luncheon in the company of lacey lords and grandes dames in all their frilly finery.

Versailles… the very name conjures images of opulence and regal prestige. It is synonymous with power and privilege, refined taste and exquisite beauty. Young Prince Louis first came to Versailles in 1641 at the age of 3, when along with his younger brother Philippe, he was sent by their father King Louis XIII to his hunting lodge west of Paris to keep the boys safe from an outbreak of smallpox. A decade later, Louis returned to enjoy a thrilling hunt for himself. Ten years after that, now king, 23-year-old Louis XIV undertook a series of expansions, formally transferring the court and the entire royal administration to Versailles in 1682.

The rigid protocol that Louis XIV established here was meant to reflect France's pre-eminent position. Elaborate ceremonies were created for even the most mundane events, like the "lever" and the "coucher" of the King, who had early adopted the sun as his symbol, "rising" in the morning and "setting" in the evening. Life for the nobles at court, though regulated by the metranome of protocol, was principally given over to the pursuit of pleasure. The members of the Royal Court at Versailles, following the King's lead, defined style and taste - in fashion and furnishings, in music and art - for all of Europe. This would remain the case until the French Revolution at the end of the 18th century.

The royal residence at Versailles was never a fortress, as the Louvre in Paris had been during the Middle Ages. A distinction was made between the Palace of the Louvre and the Château of Versailles, the latter employing the word used since the Renaissance to designate the great noble families' lavish country retreats, such as those in the lush Loire Valley.

The Château of Versailles counts a staggering 2300 rooms spread over 63,154 square meters (679,784 square feet). On this Private Tour Experience with an Expert Local Guide, you process in princely manner through the Grand Apartments of the King and Queen, learning about the monarchy's vision of France's place in the world and discovering details of daily life at the Court.

The seven "Salons" that compose the King's Grand Apartment were where the monarch carried out the daily duties of his office. This is where he met diplomats and ambassadors, consulted with his councillors, and, several evenings a week, mixed and mingled with his courtiers. Of all these rooms - each named in honor of an ancient Roman deity - the Venus Salon is the most unabashedly Baroque. Architecture, sculpture, and painting play point and counterpoint with each other in a spectacle of sheer magnificence.

The Salon of Abundance, richly adorned with deep green velvet damask wall coverings, was where the King and his courtiers took refreshment. Those present were invited to partake of prized wines, an assortment of delicious liqueurs, and coffee, which was still considered rather exotic.

The Hercules Salon was the last room to be created in the series. Until 1710, just 5 years before Louis XIV 's death at the age of 77, the space had served as the Château's chapel, which took up the space of 2 storeys. When a separate building was erected in another wing to house the Royal Chapel, a new floor was constructed to divide the space, creating a new room. The singularly stunning Apotheosis of Hercules depicted on the ceiling was intended to rival the greatest achievements of the Italian masters.

Games and Girl Talk in the Queen's Grand Apartment

Even more than in the King's areas, these rooms reflect the changing styles and personal tastes of Queens Maria-Theresa, Marie Laszczinska, and Marie-Antoinette, the wives of Kings Louis XIV, Louis XV, and Louis XVI. The Queen would sit with a select Circle of ladies of the Court in the Nobles' Room, engaging in well-mannered conversation that could range from coy to cloying.

The most important in this suite of Salons is the Queen's Bedchamber. Just as the highest-ranking noblemen attended the Rising of the King each morning, their female counterparts stood witness to the Queen's Toilette, a regimented ceremony for dressing Her Majesty for the day's events. Two Queens died in this room, and 19 Princes and Princesses of the Realm drew their first breath here between 1682 and 1786.

Reflections of Royalty in the Hall of Mirrors

Connecting the King's and Queen's Grand Apartments, as they were originally arranged, was a spacious terrace atop the single-storey structure on the ground floor. The terrace had a voluptuous view out over the gardens, but the large open space was victim of the weather, which rendered it all but unusable for much of the year. The daring decision to turn it into an enclosed gallery, and the iconic Hall of Mirrors was born.

The entire 73-metre (240-foot) length of this grandiose gallery was given over to the celebration of Louis XIV's accomplishments, and by extension France's successes, in politics, economics, and art. The wall opposite the wide windows presents a line of 17 arches framing a jaw-dropping 357 mirrors. This was an expression of beauty and abundance, as well as an intentionally dramatic reflection of royal power and French supremacy.

It was a daily trek for both those who lived and worked here - at times as many as 10,000 people - and those who were here to visit the Court. The Hall of Mirrors is the most familiar and emblematic part of the Château, a regal reflection of France in her Golden Age.

Follow in the footsteps of sovereign monarchs, of Princes of the Blood, of cardinals and courtiers, as your Personal Professional Guide recounts history and tells interesting and amusing anecdotes of aristocratic life in the opulent halls of the Château of Versailles!