Buy one virtual tour Get € 25 Coupon!

Trace the fascinating story of Italian art though the masterpieces of the Vatican Museums’ picture gallery on this special virtual tour. Join our expert guide Thomas and embark on a whirlwind journey through the Renaissance and beyond, discovering Raphael’s last masterpiece and the only work by Leonardo in Rome. The Pinacoteca is one of the best collections of Renaissance and Baroque painting in the world, but with so much to see at the Vatican Museums most visitors pass by without stopping. This online itinerary is the perfect opportunity to learn more about the Vatican’s hidden masterpieces. From the dawn of the Renaissance with Giotto to the masterpieces of Raphael through to the revolutionary works of Caravaggio that ushered in the Baroque age, this unique online experience will whisk you straight to the halls of the Vatican from the comfort of your own home! 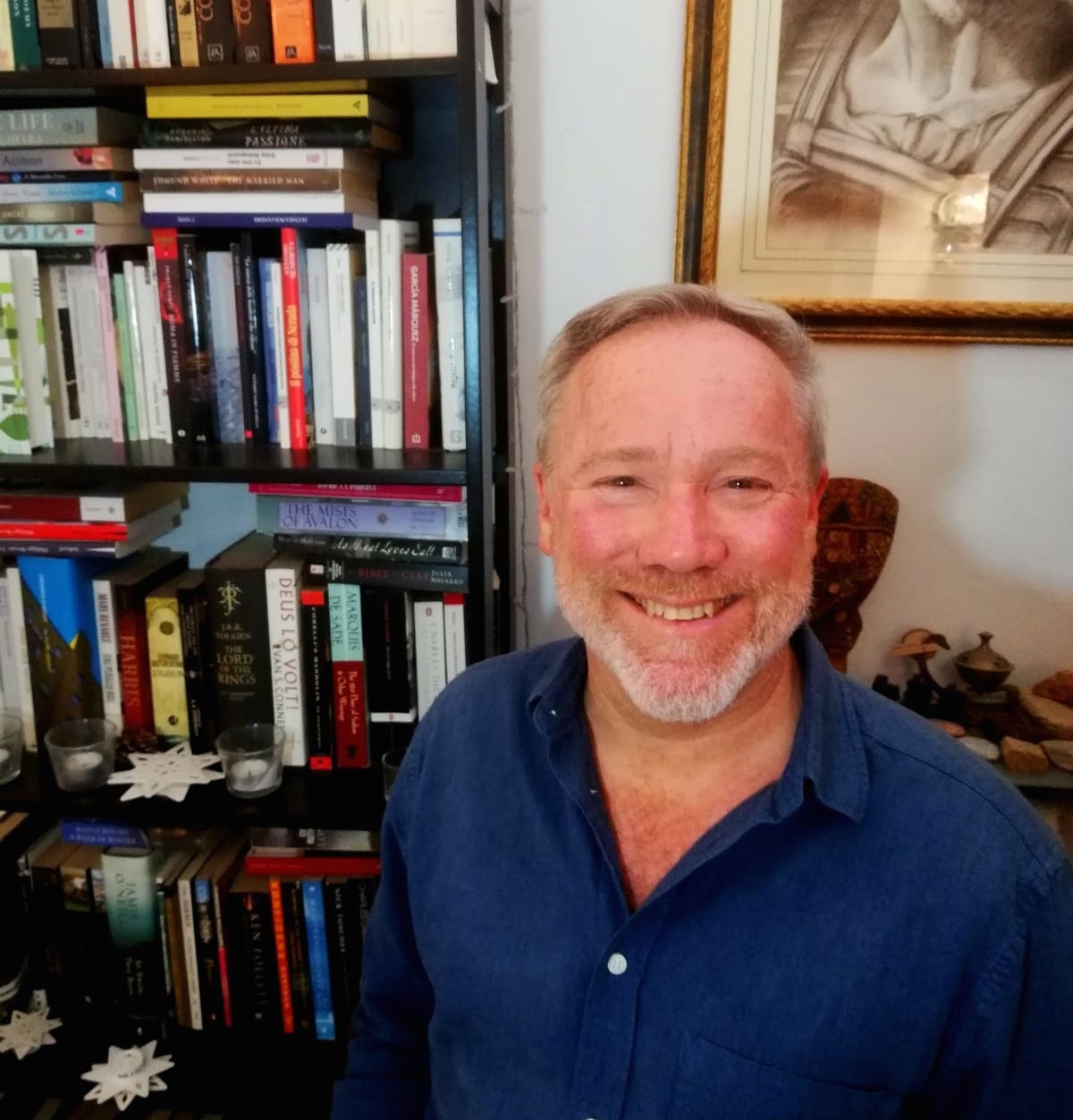 Hi, I’m Thomas. A native of Florida, I studied History in the United States and France, Art History in France and Italy, and Archaeology in Italy. I am one of four brothers, one of many Tolkien fans, and one of very few native English-speaking licensed tour guides in Rome, where I have lived and worked with Through Eternity Tours since 2006. My particular interests are medieval history, Baroque painting, pork products, tasty cakes, and full-figured red wines. I speak English, French, Italian, a smattering of Spanish, and a few German swear words.

If you cannot find a scheduled time for our virtual tours that work for you, please contact us directly and we would be delighted to set up a private virtual tour for you and your group!

The Story of the Vatican’s Pinacoteca

In the Pinacoteca, or Picture Gallery, the Vatican Museums possess one of the finest collections of Renaissance and Baroque painting in the world - but incredibly many visitors pass by its doors without even realising it’s there. The gallery is in a bespoke wing of the Museums designed by architect Luca Beltrami, and was opened in 1932. Boasting 460 works on display, the gallery charts a course through the story of Italian art from the 12th the 19th century, encompassing some of the most spectacular masterpieces in the world. Discover them with our virtual itinerary!

Discover the dazzling world of the Early Renaissance

We’ll begin our story with glittering, semi-abstract medieval religious paintings before moving on to the works of pioneers such as Giotto, whose Stefaneschi altarpiece once stood upon the altar of Old St. Peter’s Basilica. Learn how the new sense of naturalism that pervaded his work ushered in the dawn of the Renaissance as we know it, and discover a new-found commitment to convincing human emotion in devotional works like Benozzo Gozzoli’s Madonna of the Girdle. We’ll also encounter Melozzo da Forli’s beautiful frescoes of music-making angels originally in the church of SS. Apostoli, and his fascinating rendering of the founding of the Vatican Library by Sixtus IV. Humanism was in, and the Renaissance was in full swing.

Encounter the genius of Raphael, the Prince of 'Painters'

The centrepiece of our tour will be the four absolute masterpieces by Raphael in the museum's possession, including his dramatic Transfiguration of Christ – this was the last work Raphael was destined to paint in his illustrious but tragically short career, considered by many to be his finest. When the deadly fever that carried Raphael to his maker struck the painter, the Transfiguration was all but completed. According to legend it stood at the foot of his sickbed as Raphael’s condition worsened, epic last will and testament to the man that would be hailed as the “Prince of Painters” on his demise.

We’ll also learn about the incredible series of tapestries that Raphael designed for the walls of the Sistine Chapel. Sadly they only hung alongside Michelangelo’s frescoes for a few short years before being plundered in the 1527 Sack of Rome; incredibly, after centuries of wanderings and travails, the Tapestries have finally found a permanent home once again in the Vatican Museums, alongside Raphael’s Transfiguration.

Learn about Leonardo da Vinci's only painting in Rome

No less impressive is the ghostly unfinished work by Leonardo da Vinci representing St. Jerome in the Wilderness that vividly showcases how the artist’s anatomical dissections underpinned his painterly practice. Lost for centuries, the painting was discovered (by Napoleon’s uncle, no less) in the early 19th century being used as a workbench by a Roman cobbler. Works by Titian, Veronese and Giovanni Bellini meanwhile will thrust us into the world of Renaissance Venice.

Be carried away by the Baroque drama of Caravaggio

Maybe our favourite work in the Vatican Pinacoteca is the Baroque master Caravaggio’s incredible, brooding take on the Deposition of Christ, a startling statement of the artist’s revolutionary style that marked such a break with the ideals of the Renaissance. Instead of the heroic Christ that artists of an earlier age were so fond of, Caravaggio confronts us with a heavy corpse surrounded by grief- stricken mourners plucked straight from the streets of 17th-century Rome. For contemporaries used to the idealised images that flowed from the brushes of artists such as Raphael a century before this was a startling provocation, a dramatic re-envisioning of art’s relationship the sacred that would spectacularly usher in the age of the Baroque.

Vatican Pinacoteca Virtual Tour: The Story of Art with your guide Thomas Robinson.

Vatican Pinacoteca Virtual Tour: The Story of Art with your guide Thomas Robinson.