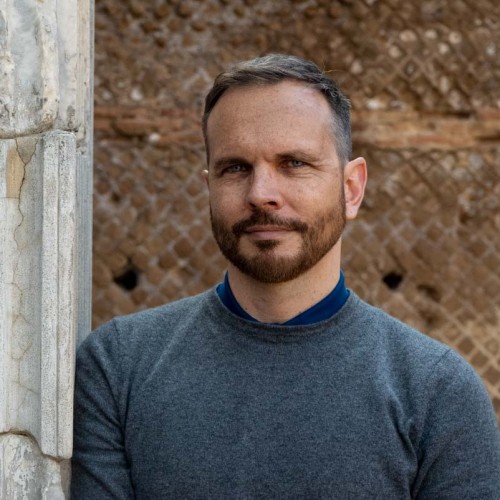 Rob Allyn is a co-founder of Through Eternity Tours. Born in Montreal, Canada and raised in Stamford, Connecticut, he is an American who has had the great good fortune of living in Rome, the Eternal City, for the past 20 years.

He received a Bachelor of Arts degree and a B.F.A., Bachelor of Fine Arts in Acting, from S.U.N.Y. Purchase College, part of the State University of New York system. Following graduation, Rob found a job in the travel division of American Express, and began to learn about travel and tourism.  He left American Express to embark on two month backpacking trip in Europe, He settled in Rome for what he thought would be a temporary stay.

To support himself, Rob and a friend formed a small tour guide business which has developed into one of the most successful walking tour companies in Italy.

He chooses the most knowledgeable and professional guides for his company - guides who have great artistic, scholastic and architectural backgrounds, are great storytellers and who lead the most interesting and entertaining tours of Rome. 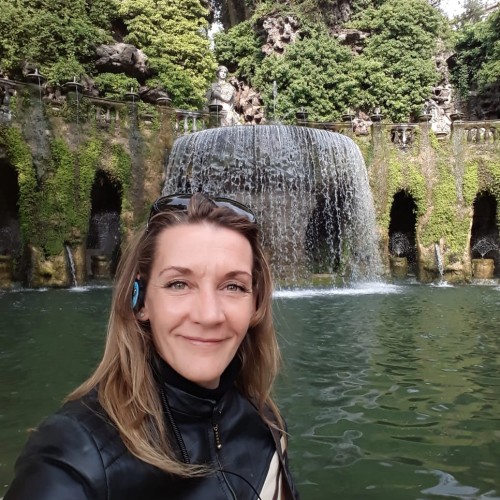 Pips Davidson, a seasoned TE veteran who has been with us since 2011, moved to Rome in 2005 after spending over 20 years working in law firms and film financing businesses in the UK.

When she's not creating colourful customised itineraries and juggling our guide calendar, she loves nothing more than taking her mountain bike for spins around the Eternal City!

Her favourite tour is the Early Vatican itinerary, “where we not only beat the heat but the crowds too!” 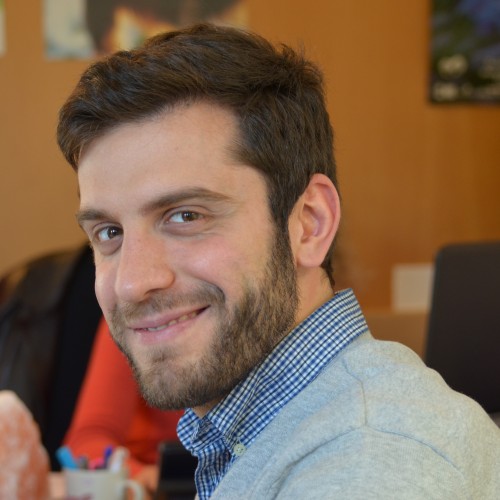 After completing a Bachelor’s Degree in History in Rome, Saverio moved to Paris France to undertake a Master's degree in Tourism Management.

After spending 10 years in that wonderful city, working mainly in the tourism field, Saverio decided to return to his home country to take up the position of Project Manager with Through Eternity tours.

Saverio is passionate about history and valorising the amazing cultural heritage of his native city, and his job with Through Eternity allows him to share this heritage from people around the world every day.

For Saverio, travelling constitutes the best way for people to meet, break barriers and encounter new experiences. “Travelling in Italy is all about letting yourself be carried away, enjoying the beauty of its landscapes and the energy of its inhabitants.”

Which tour would Saverio recommend? “It's hard to say as they are all amazing but I will say the PRIVATE COLOSSEUM TOUR WITH ANCIENT ROME: VIP EXPERIENCE.” 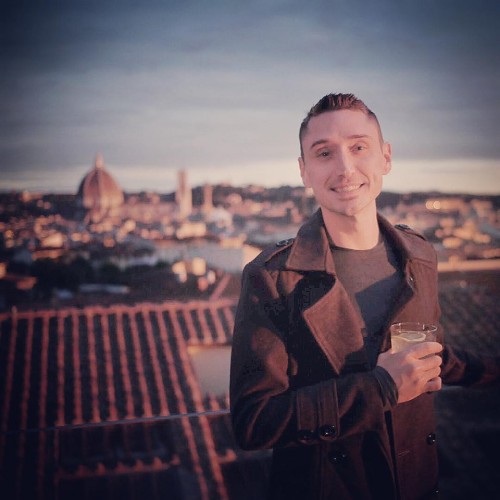 Dylan is an American from Fort Lauderdale, Florida.

A few years ago he took a winter vacation to Italy and decided to visit Rome. Planning to stay for a month at the end of 2016, he hasn't left yet! Italy's beautiful cities, lifestyle, food, and wine have made it impossible to move on.

Dylan's passion for history and traveling was what drew him to Rome, and what makes him a perfect fit with Through Eternity Tours.

What’s Dylan's favourite tour? “I would have to say out of all the tours and services we provide, my absolute favorite is the Amalfi Coast Excursion: being on a mountain cliffside, overlooking the Mediterranean Sea, with a spritz in your hand is my idea of perfection.” 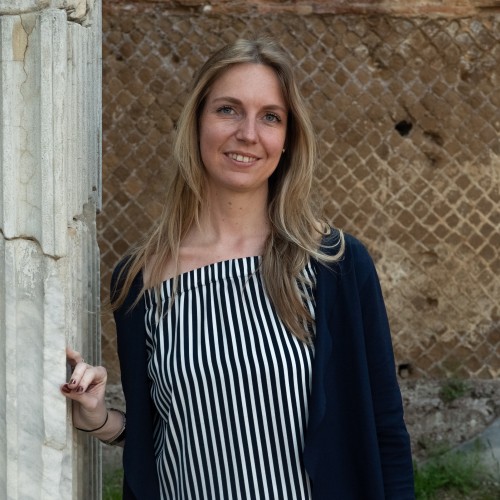 Desiree originally hails from the Netherlands. After studying tourism, International business and Languages and working in the Wine industry for 4 years, she decided it was time for the next adventure.

Desiree loves getting to know new cultures, languages, food, wine (& cocktails), reading and dancing. She's very passionate about sharing her knowledge and interest of the beautiful Italian cities that she has been lucky enough to visit.

Her favorite tour is the newly designed Underground Rome tour: “it shows so very clearly the many many layers that Rome is built on. It includes 3 impressive sites and you get to travel around by minivan.” 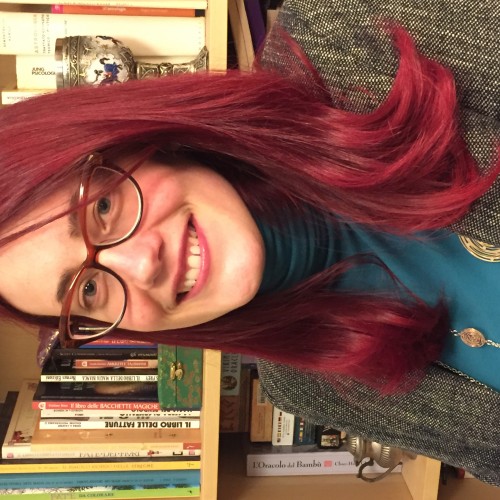 Francesca was born and raised in Rome. Growing up here, surrounded by so much art and history, she developed a tremendous passion for her city and its glorious past.

And so after receiving a Master’s Degree in Archaeology, Francesca became a licensed Tour Guide of Rome in order to share her passion with people from all over the world.
Her favourite Through Eternity itinerary is our Underground Rome and Catacombs Tour by Minivan: “I think it is a great way to explore some wonderful off the beaten path sites and discover unexpected treasures that are literally beneath your feet.” 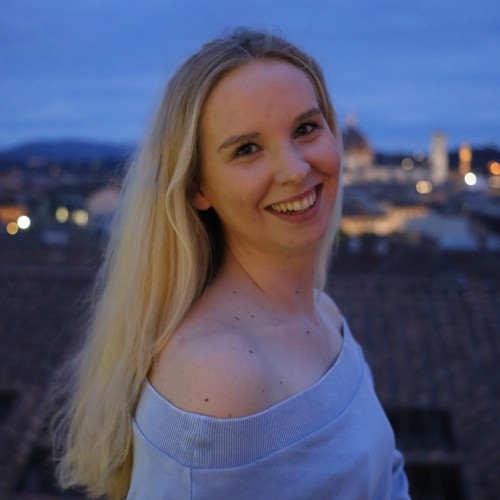 Fleur was made in Holland but is Italian by heart. A Master's degree marketing student on some days and social media marketing manager on others, at Through Eternity you will find her busy online - in fact, if you interact with us on social media, you'll have met Fleur virtually already!

Fleur decided to call Rome home whilst exploring Italy’s wonderful towns and cities, creating her own version of “La dolce vita”. For a unique experience in Rome, Fleur recommends booking our Colosseum by Night Tour - “there’s nothing better than ending a summer evening with a sunset in the Colosseum; believe me this is an experience you don’t want to miss out on!” 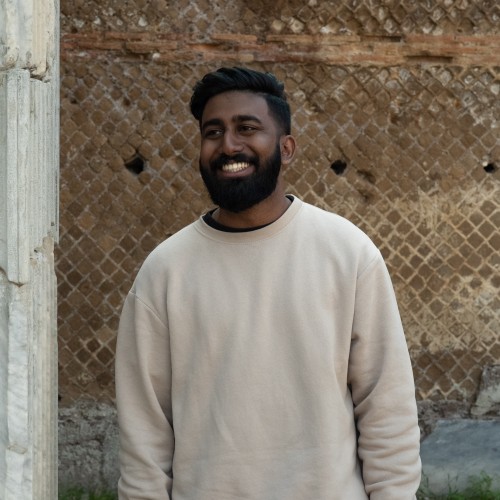 Joseph was born and raised in Kerala, also known as "God's Own Country". He moved to Rome as a part of a master's degree program and soon fell in love with the city. Ever since he  was a child Joseph has been drawn to art and photography. For him Rome is an absolute heaven, where each and every corner of the city has a story to tell. He has been living here for the past 4 years and still the city manages to surprise him with its hidden treasures every single day.

Joseph's favourite tour is the Domus Aurea Tour: “even though Nero's palace is located in the heart of the city, it will make you feel like you are travelling back in time. With the VR incorporated experience, this is one of the best tours that we offer.” 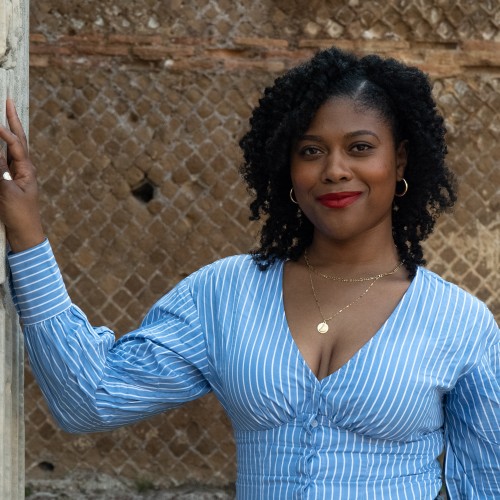 Gina Weldon is a NYC transplant currently living in Rome. Since moving here she has become a WSET certified wine sommelier.
She carries a real passion for wine and gastronomy, convinced it adds to any occasion -  whether alone or with others.
An explorer by nature, Gina’s belief that traveling heightens a sense of wellbeing inspires her to put herself in the shoes of our clients in order to gain a better understanding of their needs.
Gina's goal in working with Through Eternity Tours is to share her passion with our clients, creating memorable itineraries that can be shared with family and friends. 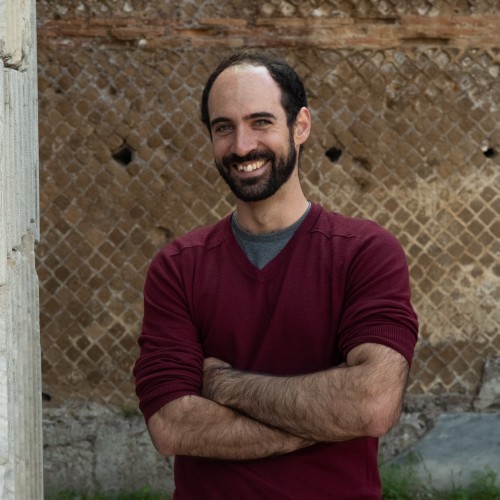 Conor Kissane is an art historian hailing from Co. Kerry, on Ireland’s wild western coast. From the first time he came to Rome back in 2006, he fell in love with the chaotic beauty of the Eternal City, and has been living on and off here since 2011.

Conor holds a PhD from University College London, where he specialised in the role of violence in Renaissance art. When he’s not providing content for Through Eternity’s blogs and social media, these days you’ll either find him roaming the abandoned halls of some of Rome’s most off-the-beaten-track churches in search of gruesome frescoes, or obsessively seeking the perfect carbonara in the city’s endless supply of great restaurants.

His favourite Through Eternity tour is the Underground Rome itinerary - “exploring forgotten places that tell fascinating stories about the art and life of the past is Rome at its very best.”