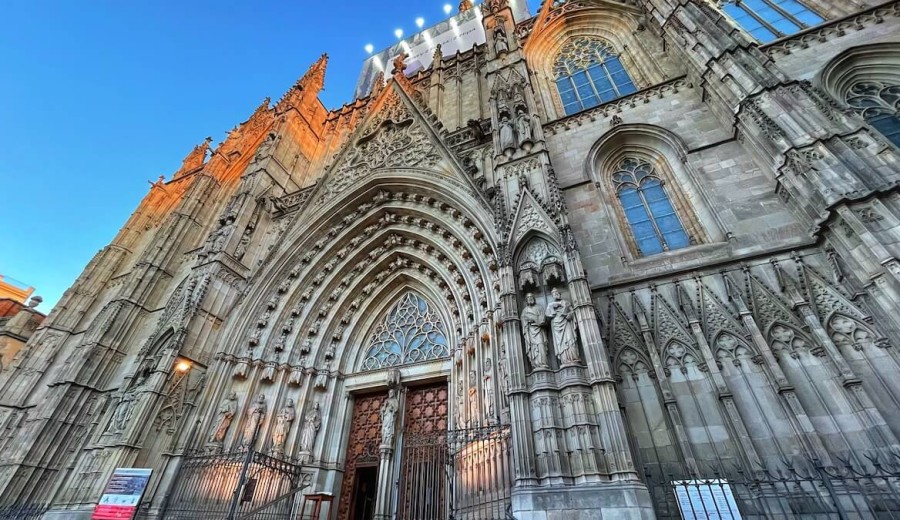 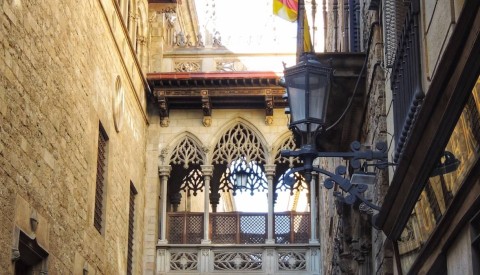 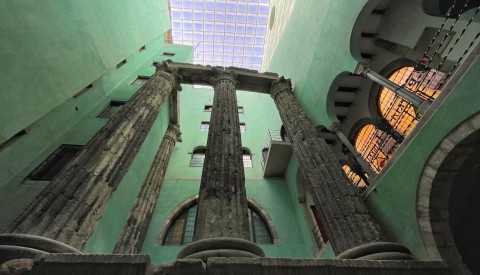 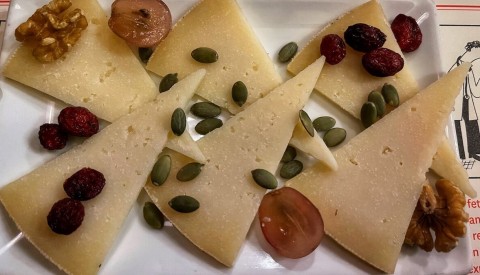 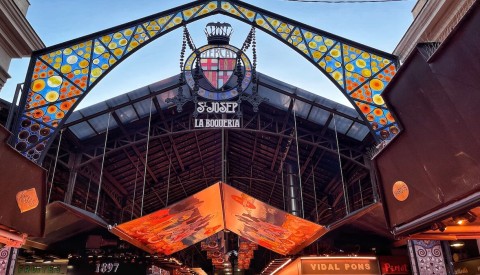 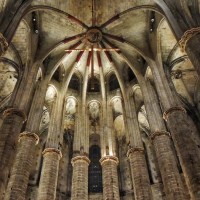 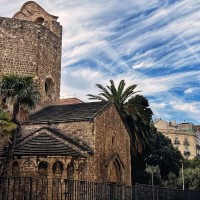 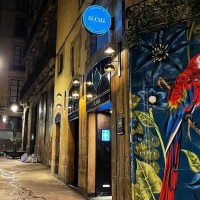 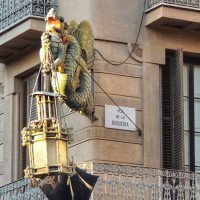 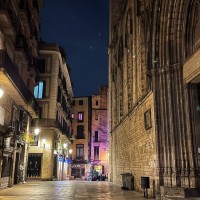 Explore Barcelona's most atmospheric neighbourhood on our tour of the Gothic quarter, and chart the city's rise to power in the Middle Ages. Visit spectacular medieval landmarks in the company of our expert local guide as we dive into the dense warren of streets around the city's magnificent cathedral. Stroll down vibrant Las Ramblas, and stop in at the sprawling Boqueria market to sample some local delicacies. After working up an appetite, end your day with an authentic taste of Catalan culture as we visit some of the city's finest tapas bars. Book your tour today and experience Barcelona at its authentic best!

Explore Barcelona’s most atmospheric neighbourhoods with a local guide

Join us for a stroll through the enchanting streets of the atmospheric Gothic quarter and discover the fascinating world of medieval Barcelona on this special itinerary. A dense tangle of winding laneways, you can feel the history beneath your feet as you wander through the city’s oldest neighbourhood. On our tour of the Gothic quarter we’ll encounter fragments of antiquity (reminders that Barcelona began life as a Roman town), eerie medieval churches, beautiful hidden squares and much more. Our expert local guide will help to bring this rich historical tapestry vividly to life for you, and together we’ll see why the Gothic quarter offers the best of what Barcelona has to offer!

The tumultuous centuries of the Middle Ages saw a rapid expansion of the ancient Roman city of Barcino, and many of the finest monuments in the city today date from this period. On our tour of Barcelona’s Gothic quarter we’ll visit the most important medieval sites in the city, including the Plaça del Rei - one-time home to the ruling counts of Barcelona, and site of spectacular tournaments and jousts during the 14th century.

The jewel in the crown of Barcelona’s Gothic landmarks is undoubtedly the city’s medieval cathedral, and it goes without saying that we’ll pay a visit here on our tour! Constructed from stone hewn from Montjuïc mountain overlooking the city, the beautifully proportioned basilica is divided into a nave and side aisles by intricately detailed columns, and studded with wonderful artworks. The cathedral’s iconic neo-Gothic facade (completed in the 19th-century) is a rich confection of gargoyles and portals, sculpted spires and mullioned windows.

Learn the history of Barcelona’s Jewish quarter in El Call

The mysterious streets of Barcelona’s Gothic quarter also conceal darker aspects of the city’s history. Medieval Barcelona once had a large Jewish community centred around the El Call area, a small labyrinth of streets near the cathedral. Riding the wave of a rising tide of anti-semitism in Europe, a series of pogroms devastated Barcelona’s Jewish community in the 14th century, culminating in the Saint Dominic’s Day massacre in 1391 and subsequent brutalities of the Inquisition in the following century. Memories of those dark days are everywhere in El Call, and on our tour we’ll retrace the story of the city’s Jewish community in the streets where they once lived.

On our tour we’ll also be crossing into the adjacent El Born neighbourhood, a vibrant corner of Barcelona’s historic centre home to an array of boutiques, ateliers and cafes pulsing with the unique spirit of the city.  Here we’ll be transported back in time to the distant world of 14th-century Barcelona in the sprawling Gothic church of Santa Maria del Mar. One of the finest examples of Catalan Gothic architecture in the city, the massive edifice speaks eloquently of Barcelona’s medieval prosperity, when an endless flow of trade into the city’s port made the Catalan capital one of Europe’s most important civic centres. The basilica’s spectacular light filled interior is a must-see, slender columns supporting a soaring rib-vaulted ceiling.

Noisy, hectic and coursing with seemingly inexhaustible energy, the streets of Las Ramblas are amongst Barcelona’s most famous for good reason. Cutting a nearly mile-long swathe through the centre of Barcelona’s historic centre, Las Ramblas is a constant hive of activity lined with cafes, bars, restaurants and shops. Tourists and locals alike head to Las Ramblas to drink in its unique atmosphere, and on our tour of Barcelona’s Gothic quarter we’ll take a stroll along this unforgettable boulevard. Along the way we’ll poke our noses into the Boqueria market, a foodie’s delight home to a seemingly endless array of local delicacies that are a feast for the senses.

After your tour of the Gothic Quarter it’s a good bet that you’ll have worked up a serious appetite. Luckily for you, we’ll be finishing our day in Barcelona by delving into the city’s incredible culinary scene, immersing ourselves in the Catalan capital’s superb tapas culture. Let our local guide lead the way to Barcelona’s culinary hotspots where you’ll get the opportunity to tuck in to classic regional delights and traditional dishes with a twist. And if you’re thirsty, fear not - we’ll be washing it all down with some local cava. You’ll learn all about the history of Catalan cuisine and how to order tapas like a local, making sure you’ll be ready for your next foodie adventure in Barcelona!