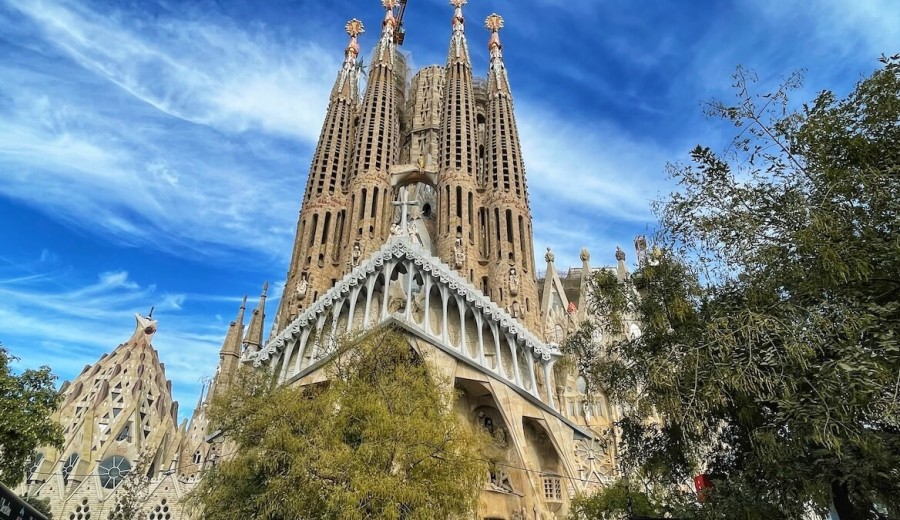 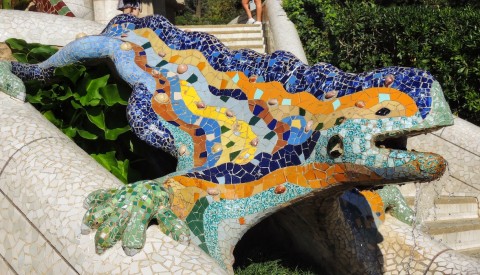 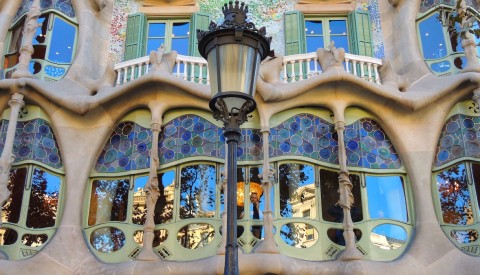 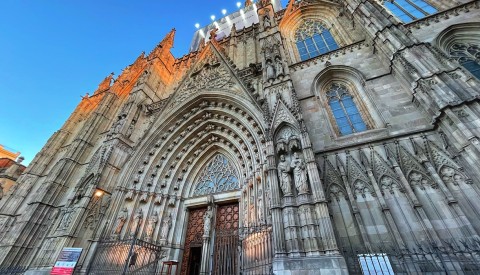 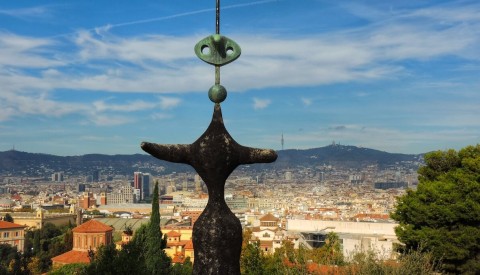 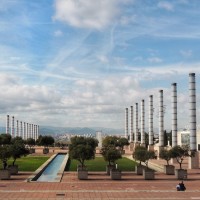 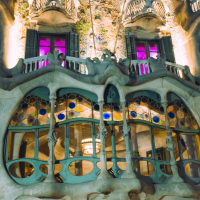 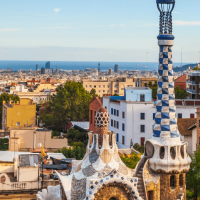 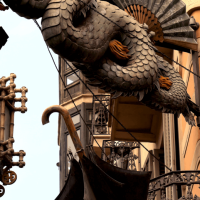 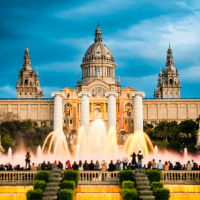 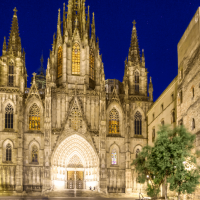 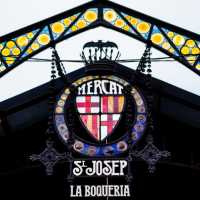 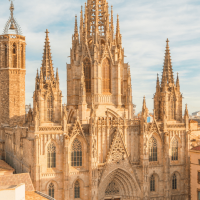 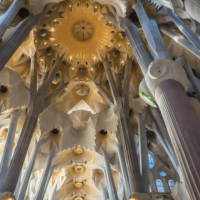 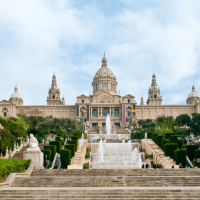 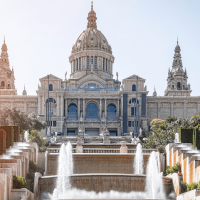 Experience Barcelona at its vibrant best on our essential tour of the Catalan capital with private transport. Join our local guide on a journey to discover the spectacular highlights of this beautiful city: visit jaw-dropping landmarks crafted by Antonio Gaudí on a tour of the Sagrada Familia, an iconic symbol of Barcelona that has to be seen to be believed, as well as unforgettable modernist houses on the Paseo de Gracia. Encounter the playful side of the city in colourful Parc Güell, and admire breathtaking views from high on Montjuic hill. Explore the atmospheric Gothic quarter before finishing your day in Barcelona with a stroll down bustling Las Ramblas and a visit to the Boqueria market, a treat for the senses that pulses with the unique spirit of one of the world’s most exciting cities.

Experience the best of Barcelona on a private tour with transportation

We’ve designed our Essential Barcelona tour specifically for visitors to the city with little time to spare. On our itinerary we’ll be taking you to see the highlights of Barcelona, from Antoni Gaudí’s extraordinary Sagrada Familia and Park Güell to vibrant Las Ramblas, the Gothic Quarter. Montjuic Hill, the Boqueria market and more. Our expert guide will be on hand to tell you everything you need to know about the Catalan capital, and by the time you finish your tour you’ll have got to know Barcelona like a local. We’ll be travelling between the various locations on our Essential Barcelona tour via private car, ensuring that you get the most possible out of your time in the city with our guide. So if you're short on time or simply want to get a sense of what Barcelona has to offer in double-quick time, then this is the tour for you!

Encounter Gaudí’s genius on a visit to the Sagrada Familia

On any trip to Barcelona, a visit to the extraordinary architectural masterpieces that local genius Antoni Gaudí left as his legacy all across the city is simply a must. Our Essential Barcelona tour will take you deep inside the mind of this unique artist as we visit his masterpiece: the epic, jaw-dropping and still unfinished Sagrada Familia cathedral. No doubt you’ve seen pictures of its dizzying series of turrets and spires, dominating the city surroundings like some great oversized gingerbread house, but nothing can prepare you for a visit to the Sagrada Familia in person.

Skip the long entrance lines with our special priority entrance, and get up close-and-personal with this miracle of modernist Catalan design. You’ll learn all about the aesthetic and spiritual theories that drove Gaudí to spend decades attempting to bring this gravity-defying edifice to fruition, and discover why the Sagrada Familia has become such a defining symbol of Barcelona.

The Sagrada Familia is not the only Gaudí masterpiece we’ll be encountering on our Essential Barcelona tour. The Paseo de Gracia boulevard is home to a number of wonderful examples of Catalan Modernist architecture, not least amongst them two buildings designed by Gaudí himself: The Casa Milà-La Pedrera and the Casa Batlló. As we drive along the Paseo de Gracia your guide will give you the low-down on these eccentric but extremely beautiful buildings, and how they would prove instrumental in Gaudí’s career.

On our Essential Barcelona tour we’ll also have the chance to visit Park Güell, whose surreal buildings and colourful tiled sculptures offer a vivid insight into the magical world of Gaudí. Originally planned as an art-nouveau residential quarter for wealthy families in early 20th-century Barcelona, the complex instead became one of the city’s best-loved public parks. Explore Park Güell in the company of our guide and learn all about its fascinating history, taking in breathtaking views across Barcelona from its hilltop perch.

Montjuic means ‘Jewish mountain’ in Catalan, and this hilltop neighbourhood takes its name from an important Jewish cemetery that was located here in the Middle Ages. These days Montjuic offers picturesque views over Barcelona and the Mediterranean sea beyond, framed by the looming fortifications of Montjuic castle. Montjuic was the site of the 1929 World’s Fair, and on our tour of Montjuic we’ll visit the Plaça d'Espanya, a sweeping square that was host to events at the Universal Exhibition. We’ll also be visiting the Palau Nacional, a sprawling neo-Renaissance palace designed by Eugenio Cendoya and Enric Catà for the Fair that is now home to the National Art Museum of Catalonia.

Explore the atmospheric old town of Barcelona in the Gothic quarter

The Gothic Quarter, or Barri Gòtic in Catalan, constitutes the beating heart of Barcelona’s old town. An atmospheric tangle of narrow streets and medieval buildings, the area recalls the city’s glory days during the 14th and 15th centuries when Barcelona rose to become one of Europe’s most prosperous cities. The highlight of the Gothic Quarter is Barcelona’s stunning cathedral, whose neo-Gothic facade encrusted with gargoyles and other mythical creatures is unforgettable.  On our tour of Barcelona’s Gothic Quarter we’ll learn about the city’s ancient origins as we pass by the 2,000 year-old temple of Augustus, and chart Barcelona’s rise to power in the Plaça del Rei, a medieval square that was once home to the kings of Aragon.

Take a stroll along Las Ramblas and visit the Boqueria market

No visit to Barcelona is complete without a stroll down iconic Las Ramblas. A bustling boulevard that teems with life all day and all night, nowhere else captures the pulsating spirit of the Catalan capital like Las Ramblas. The street splits Barcelona’s old town in two, with the Barri Gòtic on one side and El Raval on the other. An array of shops and cafes, bars and restaurants line the street, while murals by famous local artist Joan Miró decorate the ground beneath your feet. On our Essential Barcelona tour you’ll discover exactly why Las Ramblas is so central to the city’s identity, and be tempted to agree with Spanish poet Federico García Lorca who wrote that it was ‘the only street in the world which I wish would never end.’

Halfway along Las Ramblas, we’ll come across the extraordinary La Boqueria market. Built in the mid-19th century, the market might just be Spain’s finest. With stalls selling everything from mounds of locally grown fruit and vegetables to cheeses, meats and a jaw-dropping array of fish and seafood landed daily in the city’s harbour, La Boqueria is an amazing feast for the senses that has to be experienced on your day in Barcelona.

Outstanding tour. I would recommend a private tour every time. So much more personal and you see so much more. Fantastic tour company. Even more fantastic guide. Thank you.