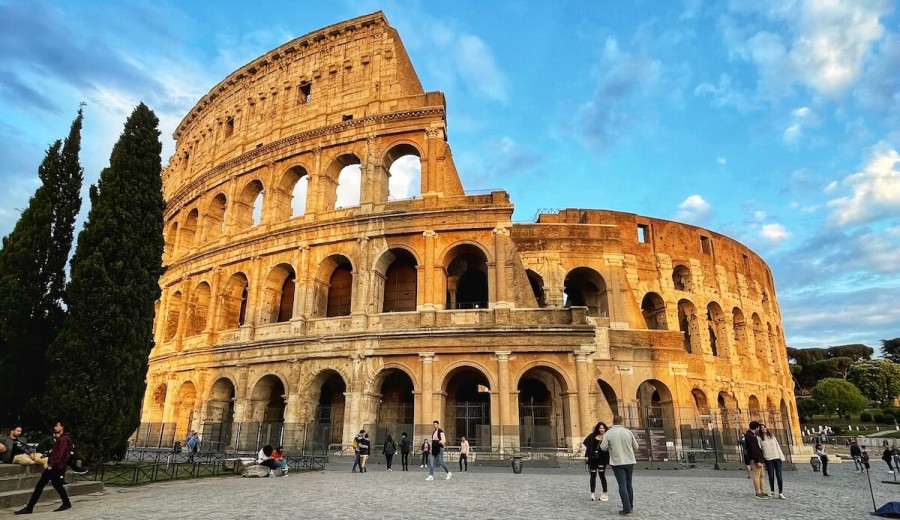 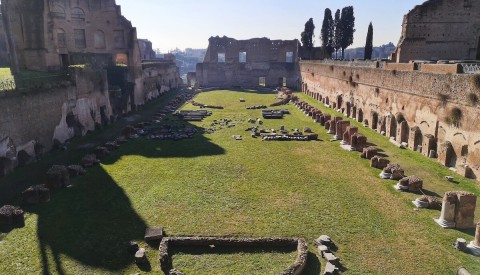 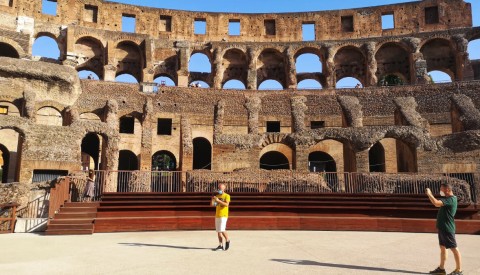 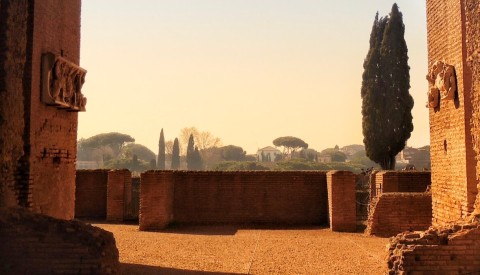 Discover the Colosseum at its spectacular best on our exclusive private tour with a visit to the Arena Floor. See what the gladiators saw as we take you onto the dramatic stage of the arena where bloody spectacles transfixed ancient Roman audiences 2,000 years ago. In the expert company of one of our archaeologist guides, you’ll learn exactly what took place here at the height of the Roman empire as you gaze up on the awe-inspiring structure of the amphitheatre soaring into the sky. Giving you the complete picture of life in ancient Rome, our private itinerary continues in the Roman Forum, the buzzing downtown of the ancient city, as well as the beautiful Palatine Hill - home to the palaces of the all-powerful emperors. Walking out onto the Arena Floor is a must when visiting the Colosseum, but tickets are extremely limited - make sure you don’t miss out by booking your private experience with us today!

The Colosseum is the first thing that everybody wants to visit on a trip to Rome, and with good reason. The remarkably large amphitheatre at the heart of the city is the most iconic monument of the ancient world, and visiting the storied edifice in the company of an expert guide will transport you back in time to the glory years of ancient Rome. Learn all about the history of Colosseum, known in antiquity as the Flavian Amphitheatre, and how its dramatic inauguration in 80 AD was marked by 100 days of non-stop games. Discover how the brutal gladiator combats, wild animal hunts and public executions that were staged here were wildly popular with the Roman public, and why they were a vital tool of social control in the ancient empire. On our private tour of the Colosseum we’ll be taking you through a day at the games: learn exactly what the crowds of over 50,000 spectators came to see, and get the full story of how gladiatorial combat unfolded - right where it happened.

The highlight of the ancient games at the Colosseum were the dramatic gladiatorial combats that stained the sand of the arena red with blood before the transfixed gazes of tens of thousands of spectators. To get a true sense of the frenzied drama that once lit up the amphitheatre, on our private Colosseum tour we’ll have the special opportunity to walk out onto the floor of the Arena itself. Usually off-limits to visitors, following in the footsteps of the gladiators is a unique and exciting experience. Find out who the gladiators were, and what compelled them to fight; learn about the complex rules that governed the fights, and what happened to the victors and the vanquished. Our expert guide will bring the dramatic world of the ancient amphitheatre vividly to life, giving you an unparalleled insight into life in ancient Rome.

Access to the arena floor is only possible for a limited number of visitors each day, but on our tour you can be sure that you’ll get to channel your inner Russel Crowe as you visit this exclusive area of the Colosseum.

Explore the beating heart of antiquity in the Roman Forum

“Friends, Romans, Countrymen, lend me your ears!” Our private tour of ancient Rome will continue in the nearby Roman Forum. This sweeping valley was the civic, political and spiritual heart of ancient Rome. It was here that the city’s most solemn religious processions took place, here that the ancient courts sat down to administer justice in soaring halls, here that great orators and politicians enthused crowds with their silver-tongued speeches.

Today the Forum is an enchanting and mysterious hodgepodge of ruined temples and soaring columns, massive porticoes and basilicas that speak evocatively to the splendour of ancient Rome. Let our guide bring this rich tapestry back to life as we stroll along the Via Sacra, get to know the Vestal Virgins (mysterious guardians of Rome’s sacred flame), gaze on the awe-inspiring columns of the Temple of Saturn, walk beneath a series of fabulous triumphal arches, and much more. Just think, 2,000 years ago these 30 odd acres were the most important piece of real estate in the entire world!

Discover the opulent palaces of the emperors on the Palatine hill

Our in-depth private tour of ancient Rome concludes on the stunning Palatine hill. The Palatine Hill might be the least visited of ancient Rome’s big three sites, but it’s a must-visit if you want to get to grips with the story of Rome. According to legend, it was here that Roman history first took root, when the mythical twin brothers Romulus and Remus determined to found a new city here on the hill overlooking the Tiber.  On our Palatine Hill tour we’ll learn all about the fascinating origin myth of the city - a dark tale of ambition and fratricide that saw Romulus murder his brother in a fit of rage. With a cast of characters including a jealous king, kindly peasants, a disquietingly human she-wolf and much more, it’s a cracking tale!

But there’s much more to the Palatine Hill than ancient legends. During the days of the Roman Republic the senators and VIPS of ancient Rome made their homes in this leafy enclave; at the height of Imperial Rome it was here too that the emperors built their fabulous palaces, and exploring their soaring ruins today gives a vivid sense of the opulent splendour of antiquity. Learn all about the unhinged excesses of the emperors who lived here as we wander through the rubble of Domitian’s palace, a building that was so big that according to contemporaries it dwarfed even the sky itself. A visit to the Palatine Hill is the perfect way to conclude our in-depth exploration of ancient Rome. Join us today!