Cruise Shore Excursion to Pisa & Florence: Experience the Best of Tuscany in a Day

Cruise Shore Excursion to Pisa & Florence: Experience the Best of Tuscany in a Day 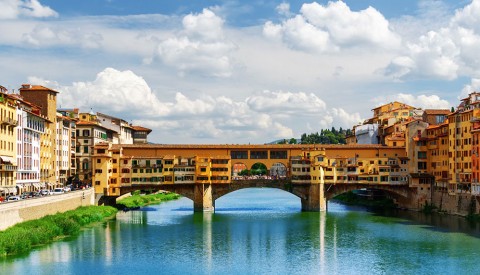 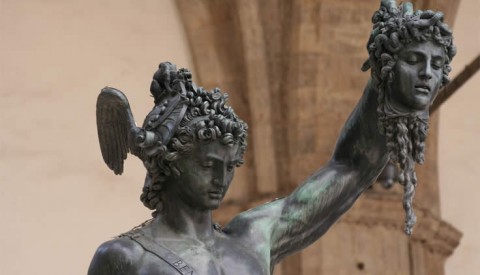 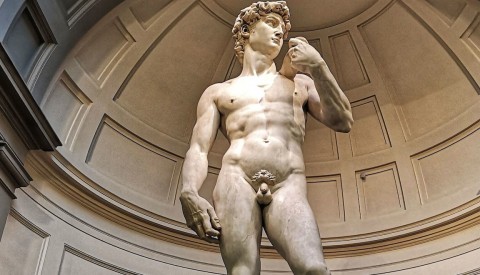 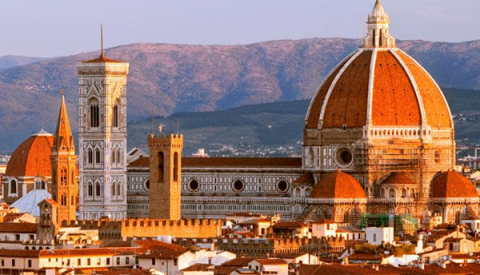 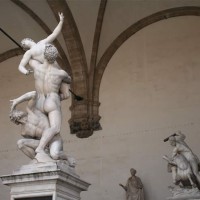 Home to great artists, politicians and scientists and cradle of the Renaissance, Tuscany is one of the most beautiful regions in Italy. With endless artistic treasures, beautiful landscapes, delicious cuisine and unbeatable wines, Tuscany has plenty to offer - so make the most of your time in Tuscany and take this unique opportunity to visit two of its most beautiful cities with us! A private car and driver will be waiting for you at the port, ready to pick you up and begin your guided tour of Florence. Be enchanted by the first city of the Renaissance, with stunning monuments and incredible artworks by Michelangelo, Donatello and more. After saying goodbye to your guide continue to Pisa, where you will be able to enjoy your own unguided free time in the Campo dei Miracoli. Here you will be spellbound by the precarious beauty of the famous Leaning Tower, the majestic Cathedral and beautiful Baptistery before being driving back to port, ready for new horizons.

Florence: birth and Rebirth of the city that invented Renaissance

Situated in a strategic position, in a lowland right next to the river crossing, Florence is inhabited since the 3rd millennium BC. The village, which was under the influence of the Etruscan people until the Ist century BC, became a proper city at the time of Julius Caesar, when a Roman settlement was established here by some veterans of the Roman army, in 59 BC. The new Roman colony was named Florentia, after Flora, the roman goddess of Spring. The city flourished under the empire, particularly during Hadrian’s reign, but, after the fall of the Roman empire, it was under constant attack and was even destroyed several times. It is only in the 9th century that Florence starts recovering and thriving again: this new prosperity is reflected also in the civic revival, which led to the birth of the Commune in 1138, and to the minting of the Fiorino d’oro, the golden Florin, in 1252.

During the 1300s Florence experienced a period of political turmoil, particularly at the time of Dante Alighieri, who was also personally involved, being a Prior of the city, even though his political activity eventually led to his exile. In these tormented years, the middle class gains more and more power, especially a family of wealthy bankers: the Medici. If their influence on the politics of the city was at first quite subtle, yet powerful, eventually, they took over the city in 1532: Florence became a Duchy, ruled by the same family until 1737, when the last of the Medici died. But the Medici were not just power-hungry tyrants, constantly seeking revenge upon their enemies: they were also incredible patrons of the arts, who sponsored the world’s greatest artists. It is in fact during their reign that Florence experiences its Renaissance, which literally means “rebirth”, thus becoming the beautiful Florence we all know and love.

The Duomo and the Baptistery (from the outside)

Named after the majestic cathedral, Piazza del Duomo is the religious heart of Florence. As you walk in this piazza you can’t help but be impressed by the imposing size of Santa Maria del Fiore, Florence’s Cathedral from 1296. Surprisingly, this ancient church still holds a few unbeaten records: it is the 4th largest cathedral in the whole world and its dome, Brunelleschi’s masterpiece, is actually the biggest dome entirely made out masonry, even bigger than the one of St. Peter’s Basilica.

But the most ancient building of the square is the beautiful 1600 years old Baptistery,  dedicated to Saint John the Baptist, patron of Florence.

Upon booking the tour, you can request to visit the Uffizi Gallery or, alternatively, the Accademia with Michelangelo’s David. After a nice lunch break, you will visit the site of your choosing, which we will have booked in advance in order for you to skip the line.

Started in 1580 by Francesco I de’ Medici, this incredible museum houses in its 6000 square meters more than 1600 incredible art pieces, featuring some of the most famous paintings in the world. On our tour, you will discover the true masterpieces of the Italian art, from the works of Giotto, who introduced the use of perspective in the otherwise flat medieval altar pieces, to Botticelli’s most iconic painting, the Venus, or his mysterious Allegory of Spring, to the disturbing realism of  Caravaggio’s depiction of Medusa’s severed head.

The Accademia and Michelangelo’s David

Located in a former monastery, the Accademia, as the name still suggests, used to be Florence’s official Academy of fine Arts. In fact, it was created in 1784 by Pietro Leopoldo, Grand Duke of Tuscany, who filled it with beautiful artwork from the Middle Ages and the Renaissance so that the new generations of artists could learn from the glorious past of Florence. It is in a special room of this beautiful gallery that you will meet face to face the one statue that, according to many art critics, can be considered the most beautiful art piece ever created by man: the David. Sculpted by 26-years-old Michelangelo out of a single gigantic block of marble, the statue was originally supposed to be on top of the duomo’s roof, but given its size (17 feet)  and weight (5,5 tons) it was decided instead to place it in Piazza della Signoria (where now it is replaced by a replica). This impressive statue has always been considered a symbol of Florence and also a tribute to the man’s intellect and strength, as beautifully symbolised by David’s hands and head, unusually bigger than normal.

Entering Piazza della Signoria feels just like walking into an open air art gallery: as you walk through the narrow streets of the city centre, you will be amazed by this large square that suddenly opens in front of your eyes. The 400-years-old statue of Cosimo I de Medici will greet you from his horse, as you make your way through his beautiful Piazza to admire the fountain of Neptune and the famous Loggia, a portico full of ancient statues portraying characters from  the mythology or the roman history. Your guide will describe for you the fascinating history of Palazzo Vecchio, old residence of the priors and then of the Medici Family, where also Dante lived in 1300.

As the name suggests, Ponte Vecchio is the oldest bridge of the city. Built in 1345 by Neri di Fioravante, it still maintains its typically medieval aspect, with the small traditional shops lined up on both sides. On top of that, Ponte Vecchio also offers the most spectacular view of the Arno river, that runs across the city.

After your guided tour in Florence, you will drive to Pisa, where you will enjoy your unguided free time in the Campo dei i Miracoli, the heart of the city, where you will see the Cathedral, the Baptistery and the Leaning Tower.

Pisa: the city that shone bright in the Dark Ages

Possibly founded by the Greeks or maybe by the Ligures around the VII century BC, the origins of Pisa remain mysterious still nowadays. What is certain instead, is that during the Roman era, the city was incorporated in the Roman empire and called Julia Obsequens. The city greatly beneficiated from the infrastructures built by the Romans: on top of everything, the port, which was enlarged and restored by emperor Augustus in the Ist century AD. This very port is the main factor that determined the thrift and the prosperity of the city during the Middle Ages. Thanks to its strategic position and its economy based on maritime business, Pisa became one of the famous Maritime Republics, alongside with its rivals, Genova, Venice and Amalfi.

During the Middle Ages, while many cities were experiencing a terrible crisis, Pisa was thriving:

In fact, if Florence lived its golden age during the Renaissance, Pisa certainly did it during the so called Dark Ages. But the Middle Ages weren’t dark at all for this incredible city: it’s exactly during this period that the finest pisan artists and architects created the wonders the we can still admire nowadays.

Dedicated to the Santa Maria Assunta, the Duomo was started in 1064 under the supervision of Architect Buscheto, whose burial is still visible on the facade of the church.

The Cathedral, the construction of which lasted more than a hundred years, is considered the masterpiece of the Pisan Romanesque style. Covered in precious multicolor marble, the church houses some incredible art treasures, such as the pulpit by Giovanni Pisano, decorated with reliefs inspired from the life of Jesus, or the byzantine mosaic on the apse, from the early 14th century.

Built in 1152, the Baptistery of Pisa is the largest in Italy, with a height of 54 meters and a diameter of 34 meters. The peculiar rounded shape and the materials give the building incredible acoustic properties, excellent for choirs. The baptistery also houses a beautiful pulpit, work of artist Nicola Pisano, father of the same Giovanni who sculpted the pulpit in the cathedral.

Considered the symbol of the city, this is without a doubt the most famous bell tower in the whole world. The tower was started in 1173 but the construction works had to stop because of a yelding of the ground below. For this reason, the tower could be completed only 200 years later, reaching a height of about 55 meters. Did you know that, according to the legend,  Galileo Galilei, the most famous Pisan of all times, did his experiments on the gravity literally by throwing weights from the top of this very tower?

Discover all of this and so much more on our Cruise Excursion to Pisa and Florence!

Your driver will meet you as you disembark your ship and bring you to Pisa and to Florence, where you will meet your guide