Come face to face with the greatest masterpieces of the Renaissance 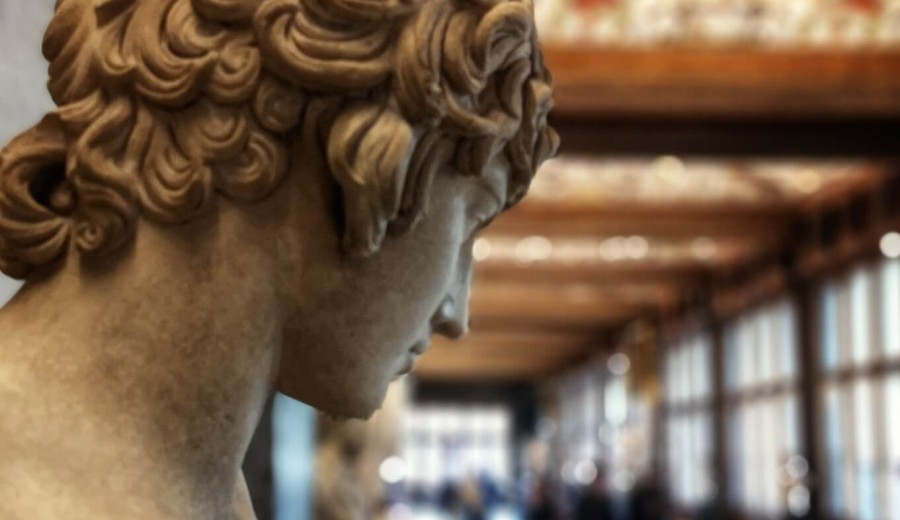 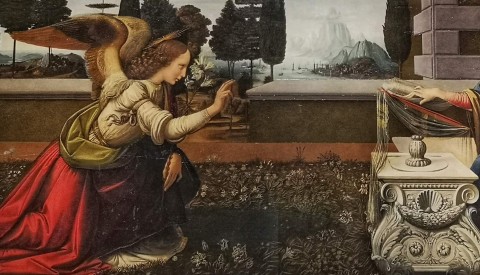 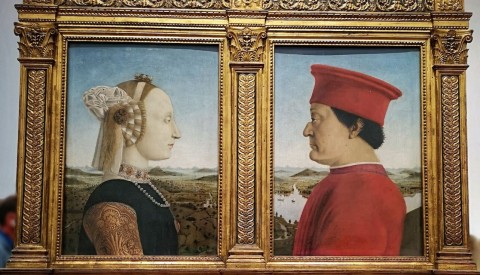 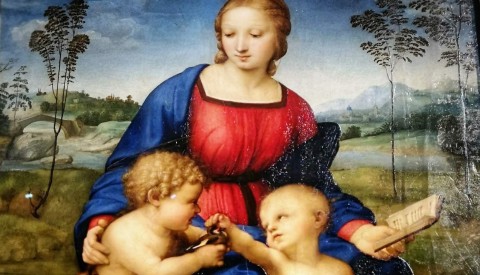 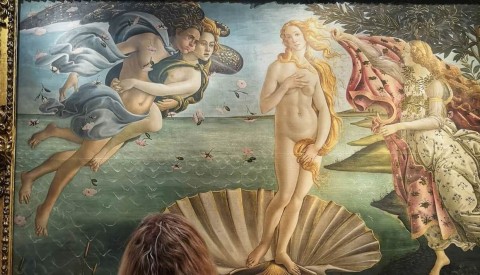 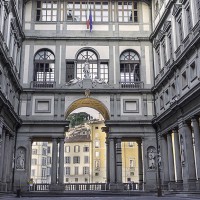 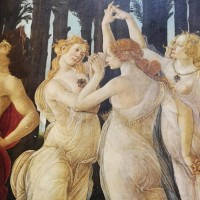 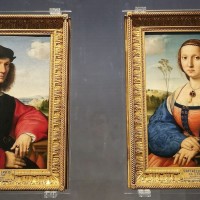 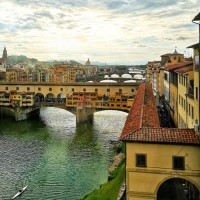 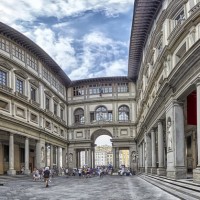 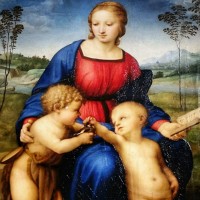 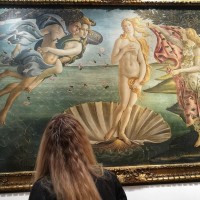 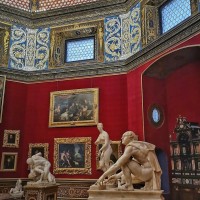 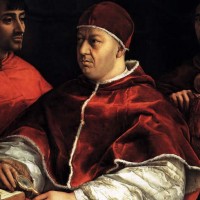 Join us on a special small-group tour to discover the extraordinary Uffizi Gallery - a magnificent 16th-century palace home to the world’s most outstanding collection of Renaissance art. Thanks to our privileged reservations we’ll skip the lines and get straight to the masterpieces, admiring works by geniuses like Botticelli, Leonardo da Vinci, Raphael, Michelangelo along the way. Get the full story behind their paintings thanks to the expertise of our art-historian guides, and learn about the compelling Renaissance world that brought them to life – a rich tapestry of war and political intrigue, scientific discovery and religious fanaticism. The Uffizi is one of Florence’s must-see sights – discover its magic with Through Eternity today!

Discover the greatest masterpieces of the Renaissance with expert guides

The Uffizi Gallery is without question the world's greatest collection of Renaissance art. Housed in a magnificent 16th century palace, the Gallery was the modern world's first public museum and has for centuries attracted art lovers from around the globe. Boasting an unrivalled array of masterpieces from the brushes of Italy's finest painters, it is the ideal place to trace the history of Renaissance art from Giotto to Michelangelo and beyond. These paintings are fascinating windows onto other worlds, so join us as we bring to life the history, culture and personalities of Renaissance Florence. Our Uffizi Gallery tour uncovers the revolutionary philosophies and inventions of this fantastic era, meeting its princes, artists and merchants.

Meet the painters who began an artistic revolution

We begin with the birth of the Renaissance following the slow transition from the Middle Ages. This is the story of the artistic conquest of naturalism. Whilst the works of Cimabue and Giotto still reflect a late-medieval outlook on the relationship between the human and the divine, Masaccio's revolutionary experiments with three-dimensional space invoke a new world-order with man at its centre. With the great canvases of Sandro Botticelli, our walking tour will take you into the heart of the Renaissance and the world of the Medici court. The iconographies of Spring and The Birth of Venus are the products of new humanist philosophy, and reflect the fundamental role that beauty played in the evolution of the Renaissance spirit.

Come face-to-face with the geniuses of the High Renaissance

After encountering the works of wonderful artists such as Fra Angelico and Filippino Lippi, we will come to the apex of our Uffizi tour with the art of the great masters of the High Renaissance, artists whose works epitomise the values and achievements of the age. We'll have the chance to probe the rare genius of Leonardo da Vinci, whose tireless curiosity led him to obsessively analyse the natural world. Employing original techniques like chiaroscuro, he conveyed the psychology of his figures with a rare power, and his paintings are a rich combination of scientific observation and painterly invention.

No less ground-breaking were the works of Raphael. Amongst them we will see the enchanting Madonna of the Goldfinch, and an incredible Portrait of Pope Leo X which sheds light on the complex intrigues of papal politics. Finally we'll come face to face with Michelangelo's Doni Tondo, a highly unconventional and virtuoso work that points towards the new Mannerist style that was soon to subvert Renaissance classicism. Lured by a series of fabulously wealthy popes determined to make their mark on the Eternal City, Raphael and Michelangelo would soon leave for Rome. The heyday of Renaissance Florence was at an end.

Please note that the guided portion of our Uffizi tour will strategically conclude at the Museum's cafe, where you'll have the chance to take a breather and reflect on the amazing array of masterpieces you've just seen. From here you'll be able to make a swift exit back into the bustle of Florence. Or, if you prefer, you can continue your exploration of the gallery's never-ending series of highlights on your own - our guide will be happy to point you in the right direction and provide you with any information you need to seek out the Uffizi's hidden treasures.

To fully get to grips with this fabulous city, we recommend pairing your tour of the Uffizi with our Best of Florence tour, where we explore all the city’s major sites and hidden gems.

In Piazza della Signoria. Full details, including a map and photo, will be issued on booking.

This was our third tour with Through Eternity; We all enjoyed every minute of it; Everything becomes more beautiful and meaningful when you know the story behind it. Ludovica was excellent in explaining and highlighting those unique pieces. I highly recommend this tour.

As a repeat customer of Through Eternity, I was very pleased again with their historical knowledge to help us understand what we were seeing in a painting, sculpture, the architecture or city piazza. Thank you again for a wonderfully informative tour!