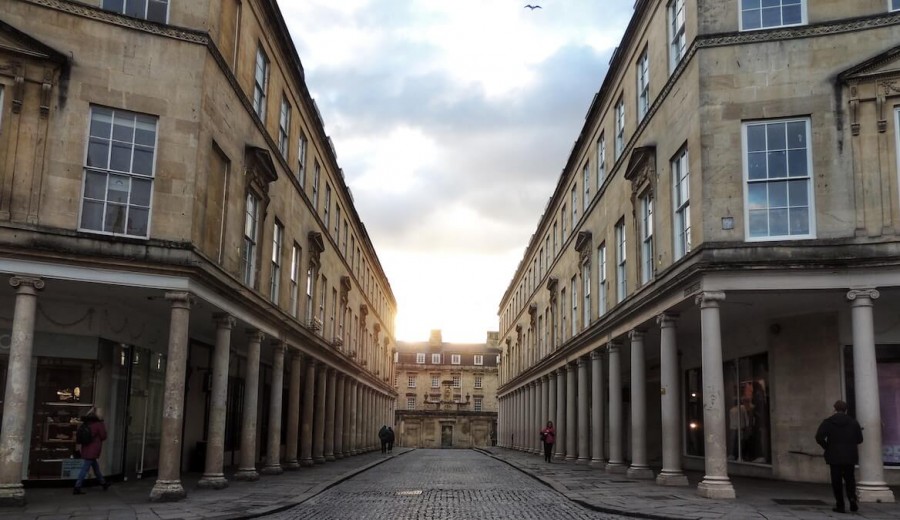 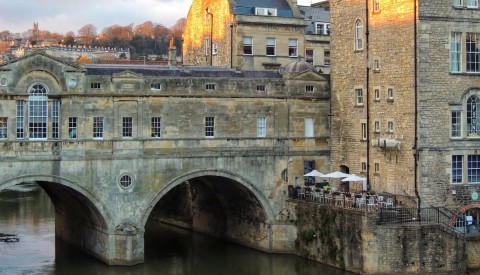 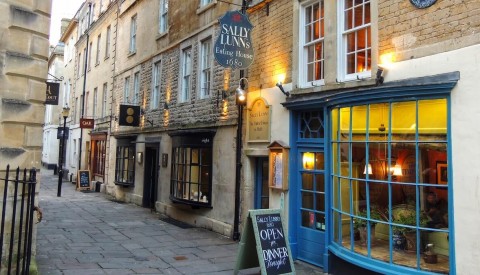 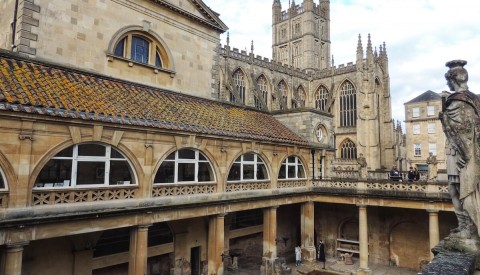 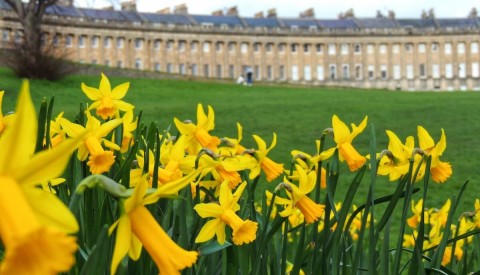 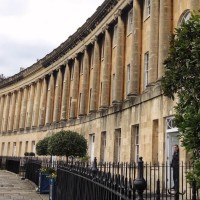 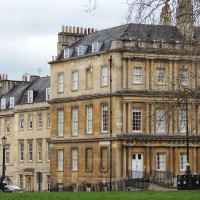 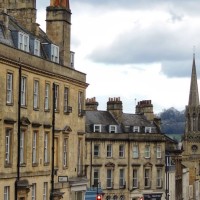 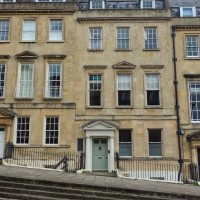 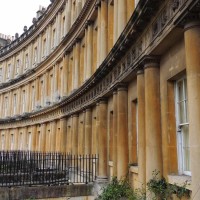 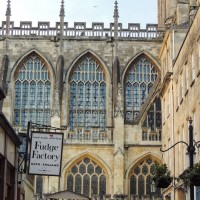 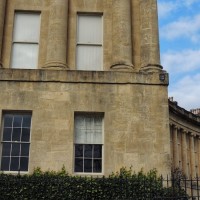 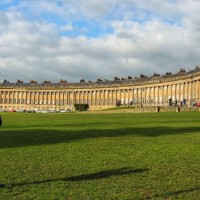 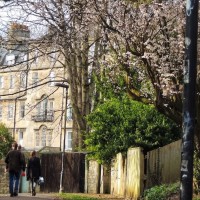 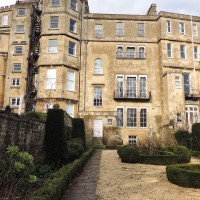 Visit two of Britain’s most fascinating historical sites on our Stonehenge and Bath day trip from London. Enjoy a change of pace from city life and join our expert guide for an in-depth exploration of prehistoric Britain’s most important landmark. Gaze in awe at the great monoliths that have stood on the Salisbury plain for millennia, and learn the most up-to-date theories about the function of this ancient stone circle and how it came into being. Then we’ll be heading off to explore spectacular Bath. Arguably England’s most beautiful city, Bath’s Georgian architecture will leave you breathless. Discover the sites that have inspired everyone from Jane Austen to Bridgerton, including the iconic Royal Crescent, and take a journey back in time to antiquity on our visit to the city’s amazing Roman Baths. With convenient train tickets and private transportation once in Bath and Stonehenge at your disposal, this is the most comfortable and convenient way to visit these unmissable destinations from London. Get in touch to reserve your private tour today!

Both within easy reach of the capital, a guided visit to Stonhenge and Bath comprises one of our favourite day trips from London. We will organize your roundtrip train tickets to and from London Padding Station and Bath; only an one hour quick comfortable train ride. You’ll meet your guide at the station and begin your tour. Join our expert guide to discover the stunning prehistoric monument of Stonehenge, with your private transportation, before heading back to the picturesque city of Bath, where we’ll explore the elegant 18th-century streets and UNESCO-listed architecture that formed the backdrop to high-society in Regency England, as well visiting the extraordinary ancient Roman baths that give the city its name.

Take a journey back in time to prehistoric Britain at Stonehenge

The first stop on our day trip from London will be iconic Stonehenge. Stonehenge is Britain’s most fascinating archaeological site, and the first sight of this mysterious circle of massive stone monoliths rising majestically from the grass of the Salisbury Plain is quite simply unforgettable. Unravel the murky 5,000 year history of Stonehenge on-site with our expert guide, and try to piece together the complicated jigsaw of Britain’s prehistoric past.

Legend recounts that the wizard Merlin conjured Stonehenge into being by spiriting the monoliths across the sea from Ireland; on our tour we’ll learn about the latest historical theories hypothesising what exactly the mystical ring of stone was for - some argue that the site was used for sacrificial purposes, others that it functioned as a massive calendar measuring the passage of the constellations across the sky. We’ll also be examining how Stonhenge was created - the monolithic stone slabs were quarried in distant Wales, and somehow transported over 250 miles to the Salisbury Plain - a scarcely credible feat of Stone Age engineering.

After our deep-dive into the mysterious world of prehistoric Britain uur day trip will continue as we make our way to the historic city of Bath, arguably England’s most beautiful city. The romantic town on the banks of the Avon has more than earned its status as a UNESCO World Heritage Site, and Bath’s spectacular Georgian architecture played host to the rich and famous of 18th-century society.

Relive the elegant world of Jane Austen (the novelist lived in the city and set two of her most famous novels here) and follow in the footsteps of Regency dandies as we explore the fabulous, sweeping curve of the Royal Crescent and the elegant honey-tinged buildings of the Circus, a masterpiece of Georgian architecture that was once home to English painter Thomas Gainsborough.

Fans of the hit Netflix show Bridgerton will no doubt recognise many of the locations from the series as we explore the centre of Bath, including charming Abbey Green (site of the Modiste dress shop), Beauford Square and the Holburne Museum, which took on the role of Lady Danbury’s townhouse in the show.

Bath’s real draw is the magnificent ancient thermal spa complex that gives the city its name. Easily one of the most important Roman archaeological sites outside the Mediterranean, a visit to Bath’s baths is like diving back in time to the heyday of Roman Britain almost 2,000 years ago. Dating to around 70 AD, the Romans were inspired to build a bath complex here thanks to the presence of a naturally occurring hot spring that bubbled forth water of over 46°C. Also on the site is a temple to the healing goddess Sula Minerva, to whom the waters of the Sacred Spring were dedicated.

As we tour the complex you’ll learn all about the Great Bath, a lead-lined pool where Romans dipped into the scalding waters, as well as exploring changing rooms, cold-water pools and more. Discover the advanced ancient engineering and plumbing that made the spa possible, and learn how the complex would continue to be used in the Middle Ages with the addition of the ‘King’s Bath.’ And of course, we’ll take care of tickets and reservations for your visit to the Baths.

Bath’s spectacular abbey is one of the city’s must-see monuments, and on our tour we’ll take a peek inside this former Benedictine Monastery in the centre of town. Whilst the church has origins in the early Middle Ages, the current structure was only completed in 1616. The beautiful western facade features sculptures of angels scaling ladders, reflecting a dream of the church’s founder, whilst the interior is crowned by a beautiful fan vault.

Spanning the rushing waters of the river Avon nearby, on our tour of Bath we’ll also be taking a look at beautiful Pulteney Bridge. Recalling the iconic Ponte Vecchio in Florence, Robert Adam’s 18th-century bridge features shops built into both sides of the structure overlooking the weir far below. At the end of the classically inspired  Great Pulteney street you’ll be able to make out the elegant form of the Holburne Museum and Sydney Gardens in the distance.

Customise your day trip to suit you!

There’s so much to see in Bath that it could easily occupy you for a full day. If there are specific sites in the city that you’d particularly like to visit let us know and we’ll be happy to upgrade your tour to include them! If you’d like to get a deeper insight into what life was like in Georgian Bath we can arrange for a visit to the period house at 1 Royal Crescent, for example, or if you’re a Jane Austen enthusiast you might like to add a tour of the Jane Austen House. Get in touch with our travel experts today to craft your perfect itinerary!