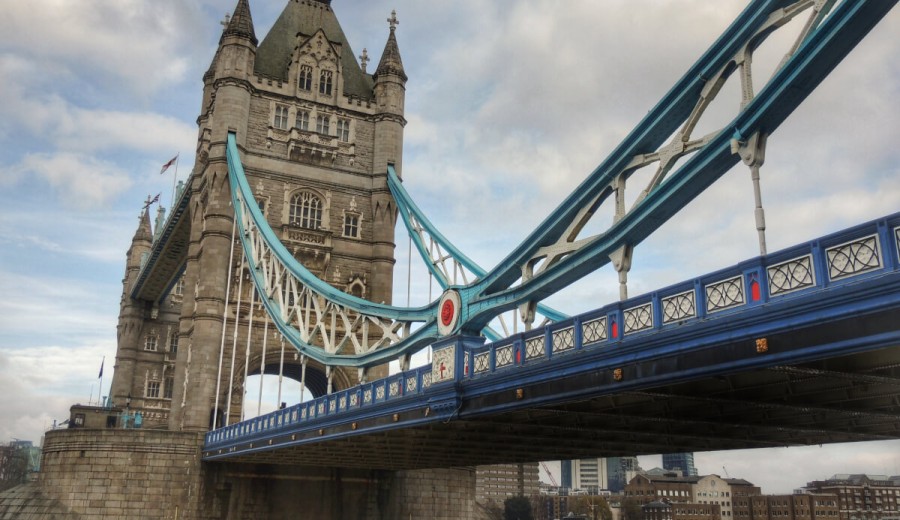 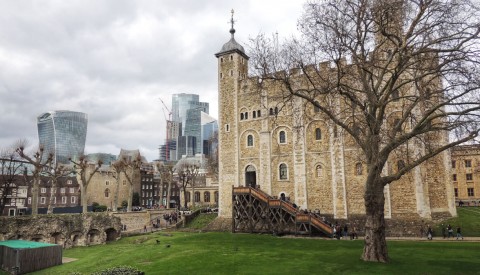 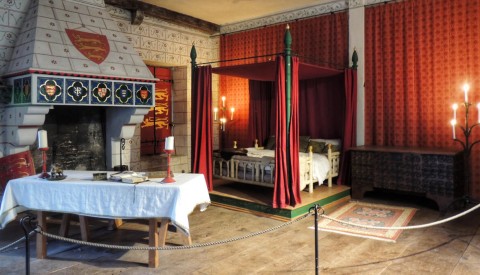 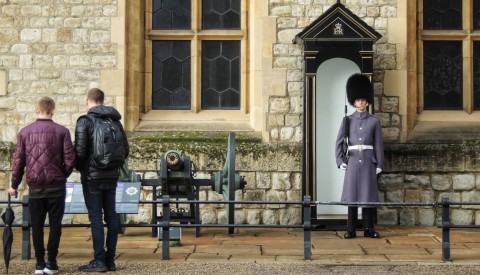 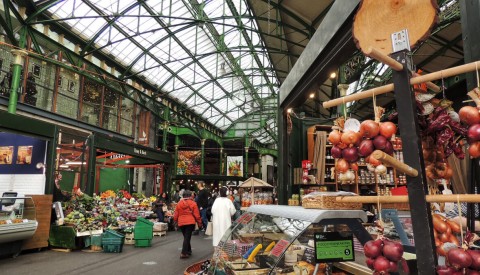 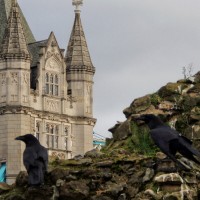 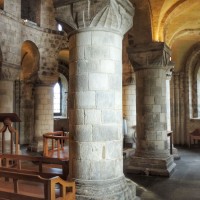 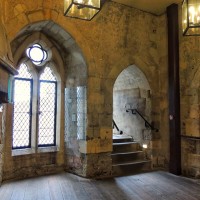 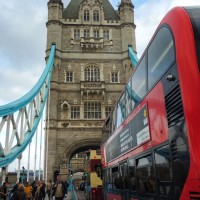 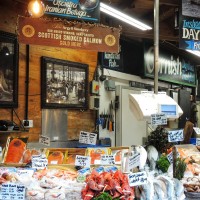 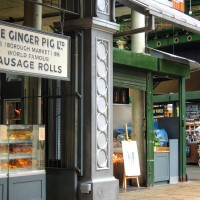 Discover the fascinating story of London through centuries of bloody intrigue on our in-depth tour of the Tower of London. Join our expert local guide to skip the lines at the city’s world-famous fortress as we trace its history from the early days of William the Conqueror to the brutal reign of Henry VIII and beyond. Meet the Beefeaters who guard the tower and admire the truly spectacular crown jewels, held here under armed guard for nearly 400 years. Then cross iconic Tower Bridge to admire spectacular views of London down the Thames as we explore London’s South Bank. After working up an appetite, finsh your tour by immersing yourself in the city’s unrivalled food culture at vibrant Borough Market - an incredible feast for the senses that is a must on any trip to London.

London is rightly renowned for its markets and street food culture, and world-famous Borough Market in the shadow of Southwark Cathedral is the undisputed gem in this foodie crown. A heady and hectic mix of food producers from all across the country fill every inch of this spectacular covered market, selling everything from artisan cheeses and meats to freshly caught fish, organic vegetables, exotic chocolates, coffees and much more. Our passionate guide will help you navigate this culinary maze and recommend some specialist ingredients for you to take home.

An array of street food stalls from around the world meanwhile means that if you’re looking for a delicious pitstop on-the-go then you’ve come to the right place. On our tour of Borough Market we’ll guide you through the seemingly endless options of this gourmet paradise, whilst our guide recounts the fascinating story of this historic market -  from its medieval origins as a marketplace back in the 12th century to the current spectacular iron and steel Victorian construction, completed in the 1860s.

Our itinerary will continue along the Thames’ South Bank, passing the imposing form of the World War II warship HMS Belfast as well as modern architectural gems like London’s armadillo-shaped city hall and soaring Shard skyscraper, and onwards to Tower Bridge - London’s most iconic river crossing. This incredible turreted bridge is visible from across the city in all its neo-gothic glory and crossing the unique structure is an absolute must when in London. Learn the story of the astonishing bridge with our guide from its earliest days as a vital lifeline for the communities of east London, and discover how the entire central section of the bridge opens as if by magic almost every day to allow ships and boats to pass beneath.

Originally the complex operation was powered entirely by an ingenious steam-powered system devised by the bridge’s first Victorian engineers, although these days modern electricity does the job. Crossing the bridge on our tour, you’ll get an up-close look at the spectacular suspension struts that keep the whole edifice standing as well as the magnificently detailed twin neo-Gothic towers that have made the bridge a London icon around the world.

Immerse yourself in the bloody history of the Tower of London

Guarding the eastern route to the city of London from its hilltop position overlooking the river Thames, the Tower of London has been a forbidding symbol of royal power and infamous dungeon for nearly 1,000 years. A Tower of London tour is a must for anyone who wants to understand the history of the English capital, and on our itinerary we’ll explore the sprawling complex in detail. With pre-booked skip the lines access and all ticket and reservation fees included on our tour, we'll take the stress out of visiting this often crowded landmark.

From its origins as William the Conqueror’s first foothold in the city during his successful invasion in 1066, in the company of our expert guide you’ll trace the dramatic tale of the Tower of London through the centuries. Learn about the all-powerful monarchs who ruled here and the bloody court intrigues and betrayals that are etched into the tower’s very architecture; Henry VIII’s unfortunate wives Anne Boleyn and Catherine Howard were beheaded outside the Chapel Royal, whilst the scheming Richard III had his nephew Edward V and his brother Richard secretly murdered in the so-called Bloody Tower, a notorious crime that has echoed down the annals of English history.

On our tour of the Tower of London we’ll meet the splendidly-dressed Yeoman Warders (widely known as Beefeaters) whose sworn duty it is to defend the Tower and its ruling monarch, as well as the sinister jet-black ravens who guard the grounds (fed a daily diet of meat and blood to keep them fighting fit) - according to legend, if the birds abandon their posts, ‘great disasters’ for the Kingdom will be sure to follow.

At the heart of the Tower of London complex stands the White Tower. Dating from the 1070s, the imposing fortified structure is the oldest building in London, built by William the Conqueror as a threatening and extremely visible sign of his new power in the wake of his successful invasion. Henry III had the tower painted white in the 1240s, giving it its current name, and for centuries the edifice doubled as a luxurious royal palace and forbidding prison for enemies of the state - Anne Boleyn, Thomas More, Lady Jane Grey, Guy Fawkes and Roger Casement were just a few famous names to have spent their final days locked in the tower.

On our tour of the Tower of London we’ll make the climb up this dramatic keep, visiting the Royal Armoury collection along the way. Here the kings of England pose in their full armour and on horseback in a bizarre pseudo-historical display that has delighted and confounded visitors to the Tower since as early as the 17th century.

In the White Tower we’ll also get to visit the stunning 11th-century Romanesque Chapel of Saint John the Evangelist, a royal chapel that is one of the masterpieces of English medieval architecture.

Gaze on the opulent splendour of the Crown Jewels

The Tower of London is perhaps most famous around the world as the home to the truly spectacular Crown Jewels, held here under armed guard since as far back as 1661. No trip to London is complete without admiring these extraordinary symbols of English royal power, and we’ll be making a visit to the Jewel House on our tour. Gaze on the St. Edward’s crown and Imperial State crown, breathtaking confections of gold and precious gems used in coronation ceremonies and affairs of state to this day. You’ll be left awe-struck too by the Queen Mother’s Crown, topped with the enormous and controversial Koh-i-Noor diamond - known as the ‘Mountain of Light,’ this is one of the world’s largest diamonds and was ceded to Queen Victorian during British Imperial dominion over India in the 19th century.

Both tours with Clarissa Skinner to the Tower of London and British Museum went off without a hitch. Clarissa was fabulous and we enjoyed the experience. We will be back in Rome next year and will contact you about that visit as well. Thanks