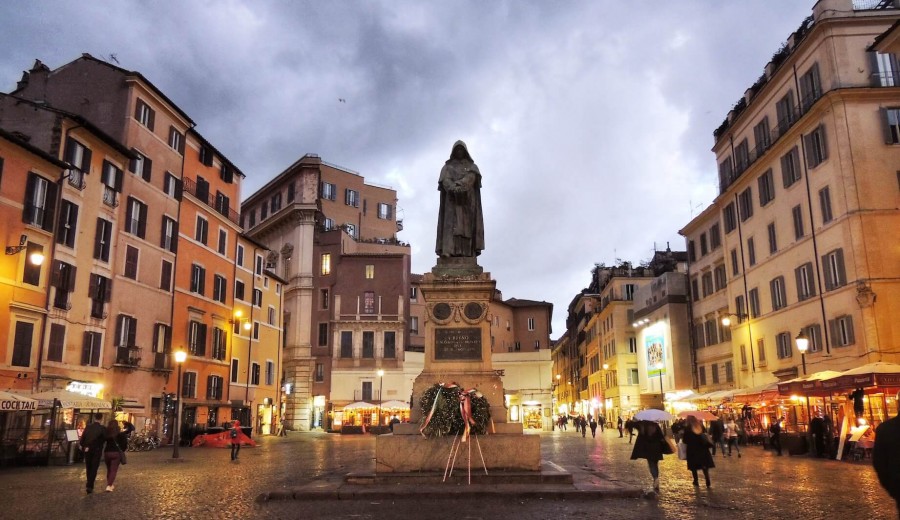 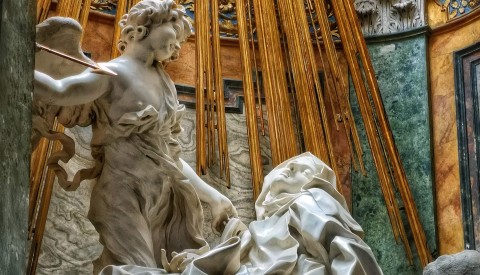 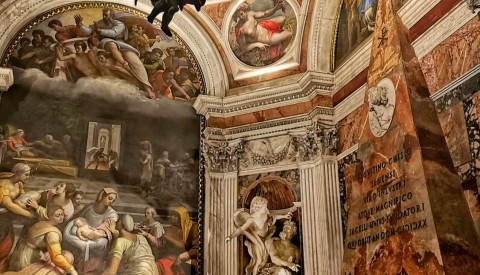 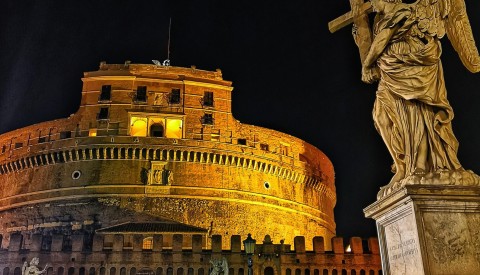 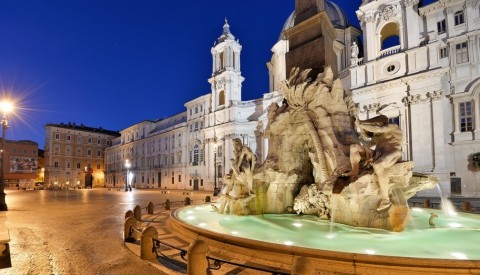 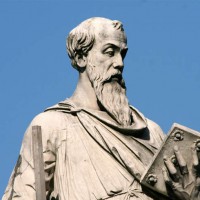 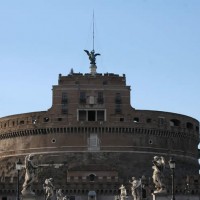 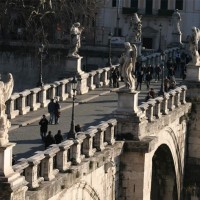 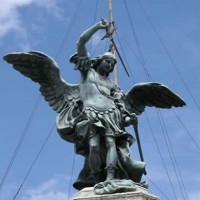 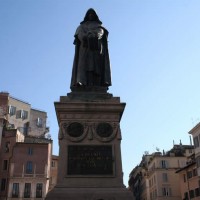 Our Angels & Demons private tour of Rome is a unique opportunity to enter the world of Dan Brown’s best-selling book, visiting famous monuments and locations from the thrilling novel. Join us as we go off the beaten path to uncover the secrets of mysterious churches like Santa Maria della Vittoria - home to Bernini's stunning Saint Teresa, a masterpiece of Baroque sculpture – as well as iconic landmarks like Piazza Navona. You’ll be sure to be enchanted by the history and beauty of Rome as you unravel the city's secrets thanks to the expertise of your private guide. As well as learning about the lives and works of painters such as Michelangelo, Raphael and Caravaggio, you’ll also gain new insights into the history of science and religion in the Eternal City - separating fact from fiction along the way. Join us on this gripping adventure and follow in the footsteps of fiction's most famous symbologist - you might just discover that the truth is the most compelling narrative of all.

This Rome private tour takes its inspiration from Dan Brown's thrilling adventure ‘Angels and Demons', and builds upon the fascinating themes that he explores. Following in the tracks left by the novel's master symbologist Robert Langdon, we'll visit the main sites featured in the book and come face-to-face with spectacular monuments crafted by the greatest artists of the Renaissance and Baroque eras. Our journey will lead us through the most famous piazzas in Rome as well as off-the-beaten-path sites that conceal centuries of intrigue.

Dan Brown's story provides an exciting framework for exploring the dynamics of Rome's greatest artists and their main patrons, amongst them the most infamous popes of all time. We'll also discover how the threat of the Inquisition loomed over these great figures pursuing cutting-edge research in the arts and sciences. Although they were earning their bread and butter from the Popes, Renaissance and Baroque artists took much of their inspiration from the exciting works of pagan sculpture, painting and architecture being rediscovered all across Rome. Leonardo da Vinci, Michelangelo, Raphael, Caravaggio and Bernini were all given free access to the massive Papal collections of pagan antiquties, and developed their own ideals of artistic beauty in their image.

Censorship and Innovation in Renaissance and Baroque Rome

Galileo's scientific studies were also indebted to ancient Greek and Roman analysis of the stars and the universe, as well as to the controversial studies of his predecessor Copernicus. Some Popes supported the study of these these ancient authorities, aware of their contribution to the Renaissance, or ‘rebirth', of mathematical, artistic, architectural and scientific inquiry - but knowledge was a dangerously powerful tool, and had to be strictly controlled by the elites. New discoveries were carefully probed for potential heresy by the watchful eyes of the Vatican Council for Religious Propaganda, and any ideas that were deemed to be against Church Doctrine were quickly condemned. Over the centuries scores of people were tortured, hanged or burned at the stake for their tireless inquiries into the mysteries of the world implicitly challenging the pre-eminence of Papal authority.

On this Rome private tour we'll seek to unravel countless fascinating mysteries. Why did Galileo spend the last twenty years of his life under house arrest for his scientific studies proving that the earth was a satellite of the sun and not the center of the universe? Why were Michelangelo's paintings in the Sistine Chapel declared by important members of the pope's council to be indecent and in need of censoring - or even destruction? Why was Raphael permitted to work on pagan themes revolving around the often scandalous lives and loves of the gods of ancient mythology - but only in the most private chambers of the popes and cardinals? Why were Caravaggio's controversial paintings frequently removed from the churches for which they were intended on grounds of decorum, only to be quickly purchased for the private collections of cardinals and the wealthiest men in Rome?

These fascinating questions and many more will occupy us on this exploration of the Eternal City. Join us on this unique Rome private tour as we follow in the footsteps of Robert Langdon and uncover the mysteries and controversies that have animated Rome for the last 500 years.

You will meet your guide in front of the church of Santa Maria della Vittoria.

This tour was outstanding and life changing! Thomas was fabulous!! His knowledge of history and art made Rome come alive during this personal tour. Well worth the price of admission!

What a wonderful way to understand the eternal city, it%u2019s history, architecture, art and culture. Amazing tour, and guide. Thank you Gracelyn for sharing your outstanding expertise and passion for Rome. Highly recommend this company.