Experience the ancient world come alive on our ultimate Colosseum tour, including the Roman Forum and Palatine Hill 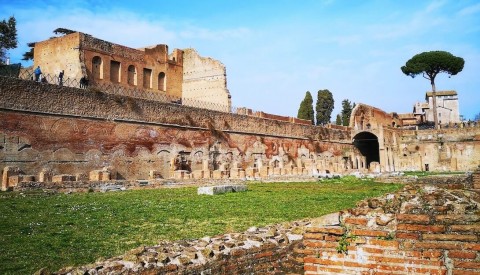 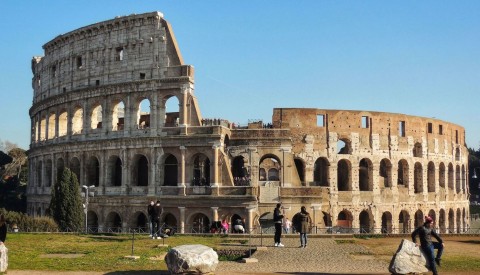 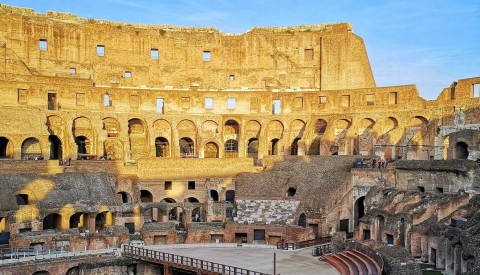 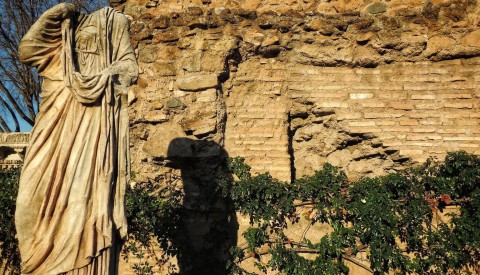 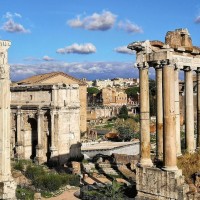 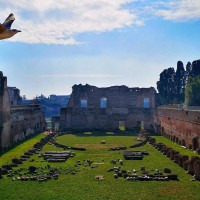 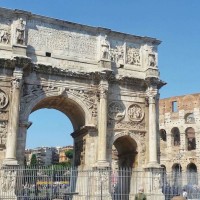 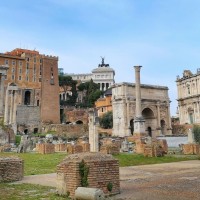 Get the ultimate Colosseum experience on our in-depth tour of ancient Rome's most famous landmark, where gladiators fought to the death before ecstatic crowds and exotic animals were butchered in the name of entertainment. Feel the amphitheater come alive as our expert guide gives you the lowdown on the gladiators, and immerse yourself in antiquity's most gripping and bloodiest theatre. On our Ultimate Colosseum tour, we’ll also explore the nearby Palatine Hill, where ancient emperors spent their days in palaces of unimaginable luxury, as well as the spectacular Roman Forum. Here in the beating heart of the ancient city, we’ll walk in the footsteps of some of the greatest figures in history. Join our Ultimate Colosseum tour today and see the ancient world at its best!

A walking tour of Rome is the perfect introduction to the city, covering the most important archaeological sites. You’ll discover the truth behind the legends of the gladiators and the arena on your Colosseum tour, and gain new insight into this magnificent monument. Continuing on your Roman Forum tour, as you stroll through the atmospheric ruins, your expert guide will help you to understand the politics and power plays that animated the ancient city. Then there’s the peaceful Palatine Hill, where the history of Rome began with Romulus and Remus. You'll visit the impressive remains of the imperial palaces and admire the stunning views of the Colosseum and the Roman Forum from the top of the hill.

With an enthusiastic and knowledgeable guide to lead the way, you’ll end your in-depth tour of the Flavian Amphitheater, Forum and Palatine Hill with a much greater understanding and appreciation of Rome - a city that continues to amaze its visitors nearly three thousand years later.

Our groups are small, with a maximum of 16 people, and we buy all our tickets in advance so you can skip the lines and spend more time exploring Rome, rather than waiting around.

Learn about the bloody spectacles of the ancient games

The ancient Colosseum is undoubtedly the most amazing monument in Rome, built on a vast scale in less than ten years. The spectacles that took place here were like nothing seen before or since, and they were designed to entertain not only the people of Rome, but also the emperor himself.

The gladiatorial games are legendary, and on your tour of the Colosseum you’ll learn the difference between fact and fiction. But you’ll also discover that truth is often stranger than fiction, as you hear stories of wild animal hunts, mass executions, naval battles, and violent re-enactments of Greek myths that all took place in the arena. You’ll learn about everything that went on behind the scenes, including the amazing machinery that made the spectacles possible and so popular. For the rare opportunity to descend into the Colosseum’s Underground to see these machines and mechanisms up close, check out our Colosseum Underground Tour.

There was more to the games than meets the eye, and the entertainment at the Colosseum also had an important political role. Your expert guide will help you to understand the Colosseum in context, explaining what the games meant not only for the slaves and gladiators who took part, but for the whole of ancient Rome.

Explore the heart of ancient Rome in the Roman Forum

A Roman Forum group tour is an opportunity to learn about Roman history in the very place where the events took place.

These atmospheric ruins were once the political heart of the ancient city. You begin in front of the Senate, the imposing building used for the meetings and heated debates of the Republic. In the gardens and the House of the Vestal Virgins you’ll learn about the extraordinary lives and deaths of the priestesses who were tasked with ensuring Rome's sacred flame remained forever lit. We'll also visit the basilica of Julia and the basilica of Maxentius, the most important courthouses of the ancient city. The famous public trials that took place in these basilicas contributed to the fame of great historical figures such as Cicero and Caesar, whose orations were highly praised by their contemporaries.

Your walk through the Forum continues with a visit to the temples, as you explore the impressive ruins of the temples of Saturn and Castor and Pollux. Here you’ll learn about the Roman gods and the early days of Christianity, which often overlapped in unexpected ways - as you’ll see at the temple of Antoninus and Faustina, an ancient Roman temple that was transformed into a Catholic church. On your group tour of Rome you’ll also walk along one of the most important Roman roads of all, the Via Sacra, where you can still see the wheel-ruts of the carriages that passed over its flagstones for centuries.

The triumphal arches are another highlight of our visit to Ancient Rome, and you’ll be amazed by the Arch of Titus and the Arch of Septimius Severus, which dramatically represent the conquests of the Roman Empire.

See the palaces of the emperors on our Palatine Hill tour

Often overlooked by other tour companies, the Palatine Hill is one of the most beautiful parts of the ancient city. It’s also the oldes: according to legend, this was the place where the young and abandoned Romulus and Remulus were discovered by a she-wolf, and where Romulus eventually founded the city of Rome.

For centuries it was the most desirable part of Rome, as the lush hill offers stunning views of the city. The villas of the Roman aristocracy were later replaced by the enormous, luxurious villas of the emperors. On your Palatine tour you’ll explore the vast Flavian Palace, the Baths of Septimius Severus, and the Stadium of Domitian. These ruins are impressive in their own right, with their colonnades and mosaics, but hearing about the excesses the emperors indulged in here will give you a whole new perspective!

The Palatine Hill is also the perfect place to escape the heat of the city. Take a relaxing stroll in the shady Farnese Gardens of Pope Paul III, where you’ll learn about Renaissance Rome and enjoy an unparalleled view of ancient Rome - this is sure to be one of the most memorable parts of your experience.

You will be emailed the voucher with meeting point details upon booking.

Our Italian-American guide was the best of the best. She was very knowledgeable and very enthusiastic about her job! She as also very patient with me and my semi-limited mobility. She provided an alternate to me visiting one of the sites and provided me with elevator access in the Coliseum. That way I could appreciate the full extent of the tour without affecting other tour members' experience! Would definitely recommend Through Eternity tours to anyone visiting Rome!

Really enjoyed the tour. The tour director was excellent. Easy to understand and very knowledgable.