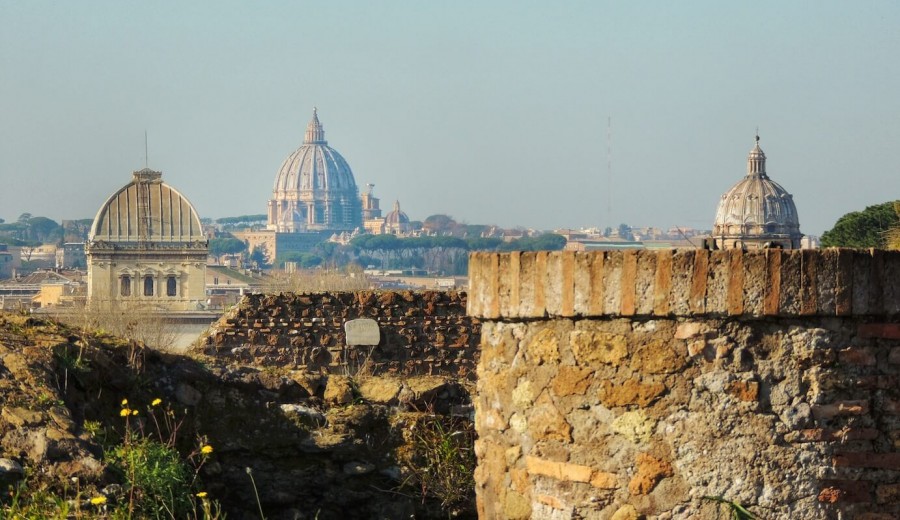 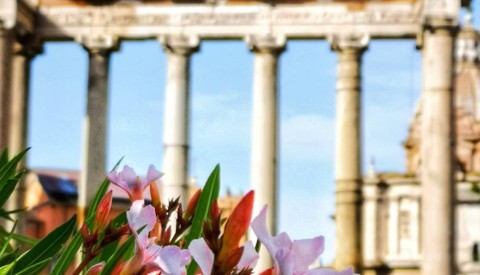 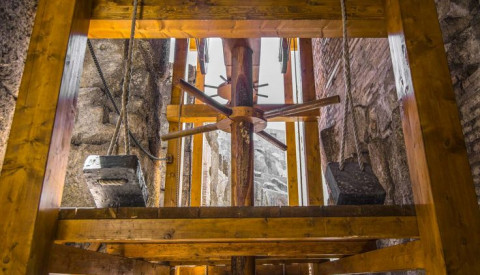 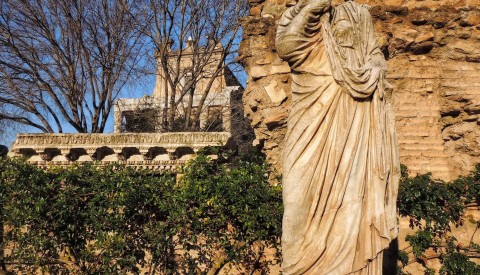 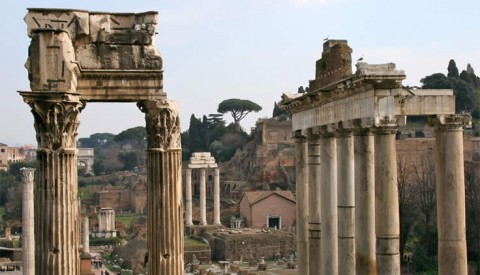 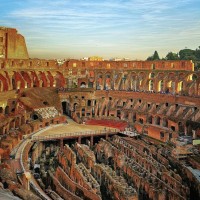 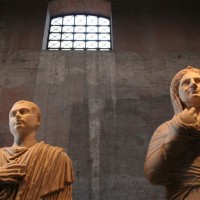 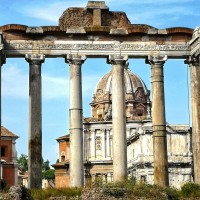 Get ready for an unforgettable VIP Colosseum experience as we descend into the exclusive underground areas of the ancient world’s most iconic site. Beneath the Colosseum stretches a network of tunnels and cells that few visitors get to see, where gladiators awaited their deadly turn on the sands of the arena. Relive the terrifying atmosphere of those hellish days, and get a close-up look at the massive elevators that winched the gladiators and wild beasts up to the amphitheater. Then get the unique chance to walk out onto the arena floor, where you’ll almost be able hear the roars of the beasts and the screams of the crowds even today. Our underground Colosseum tour will also take you to the Palatine hill and Roman Forum, giving you the full ancient Rome experience. Wandering through the wonderful remains in the company of an expert guide, you’ll get a sense of how the roots of our modern world lie right here, on streets that teemed with life over 2,000 years ago.

Tickets are only released 30 days prior to the tour date. If we are unable to secure tickets to the dungeons (underground), the tour will run with entrance to the arena floor included (as well as the Forum and Palatine) but not the dungeons.

Availability of timed entrances to the Colosseum's underground area is extremely limited. The exact time at which we we will enter the underground varies on each tour date. If dungeons are not available, the tour will run with entrance to the arena floor.

Enter the tunnels under the arena, and discover the secrets of the games

Join us on this Rome private tour in the fascinating underground tunnels of the Colosseum and marvel at ancient stage machinery capable of amazing special effects, mechanical elevators centuries ahead of their time, and an incredibly complex system of underground links between various supporting buildings that made the Colosseum's spectacles possible. These were amongst the ingenious inventions that we will see on our walking tour which helped ensure the incredible popularity of the games. Learn how the games were conceived as imperial propaganda, designed to cement unity between the incredibly diverse populations, languages and cultures that made up this enormous empire in the collective ritual of violence.

During your visit to the Colosseum Underground you may be joined by some of our other small or private groups, up to a maximum of 24 visitors. This experience of this Ancient Rome tour is guaranteed to be absolutely exclusive and unique!

Relive an entire day's entertainment at the Colosseum

Follow the various phases of entertainment: the processions and the salutes, the battles between ferocious beasts and gladiators kept on a knife-edge by the surprise entrance of animals into the arena through secret trap-doors; the fights to the death between gladiators amidst the cheers of a delirious crowd; the capricious decisions of the audience or of the emperor to save or condemn a defeated gladiator according to their whim.

Discover who the gladiators really were

Our guides are experts in their fields (most of them are archaeologists), and on this private tour they will take you into the world of the gladiators, evoking the modes of combat, the weapons and the origins of these men coming from the most remote provinces of the empire. The success of the games that ensured by the the multi-ethnic society of the time. On this Colosseum tour you will learn of their daily training, which took place in the barracks where the gladiators lived: each of these was equipped with a small arena such as the Ludus Magnus near the Colosseum.

Uncover the daily life, politics and religion of the ancient city in the Forum

This great valley was the political heart of ancient Rome. Here we will retrace the daily life and politics of the Romans in the most important sites of the age, beginning at the Senate, where the most memorable debates of the Roman republic took place. Then our private tour will enter into the rooms and the stunningly beautiful garden of the House of the Vestal Virgins; discover who they were, gaze upon their marble portraits that still survive today, and learn of the cruel destiny that sometimes awaited them. The Basilicas of Julia and Maxentius, seats of the courthouses where jurisprudence was born, will bring our tour into the spaces of the great public trials during the time of Cicero and Caesar. In the temples of Saturn, Castor and Pollux, and Antoninus and Faustina, we will meet the gods of the Romans together with the enigma of a Christian church built into the structure of a pagan temple.

The innovations of Roman engineers will amaze you on the Via Sacra, still marked today with the wheel-ruts of carriages that passed over it for centuries. The film-strips of antiquity carved into the marble of the Arch of Titus and Arch of Septimus Severus, meanwhile, tell of the great conquests of Imperial Rome. Finally, right in the places where they happened, we will relive timeless events such as the funeral of Julius Caesar near the Temple of Caesar, the decapitation of Cicero in the central square and the political rise of Augustus, who with his innocent face (or at least so he appears in countless statues) finished off the Roman republic and founded an empire.

The Palatine Hill is still for the most part outside the itineraries of other tour companies. But it is a great shame to neglect this beautiful part of the ancient city, a place that for centuries hosted the exclusive residences of the Roman aristocracy, until the emperors appropriated it to construct their colossal villas, wonderfully preserved even today. But why was it such a desirable spot? Simple. The views from here of the Forum, the Colosseum, the Circus Maximus and indeed the entire city are unmatched. Our private tour will start with the origins of Rome, near the Huts of Romulus from the 8th century BC, which were later moved to the House of Augustus for obvious political reasons.

We will explore the multiplication and excesses of the Imperial residences, with their gigantic colonnades, amongst them the House of Augustus, the Flavian palace, the Severian baths and the great stadium. You will uncover original furnishings fashioned from precious marbles and statues in the Palatine Museum, and retrace the lives of the most famous and extravagant emperors who ruled here, men such as Nero and Domitian.

From now on, we will do our Italian tours with VIP Experience! It's the best way! Gracelyn, our personal tour guide, was superb! Very knowledgeable, very detailed, and very patient. She was very flexible with our group of 4 people. And takes great pictures! In fact, we later requested her for our VIP Medieval Lazio tour, which was also outstanding!

Our guide, John was amazing. He was full of information, and answered every question one of the four of us asked. He was able to navigate around so that we avoided the worst of the crowd. Money well spent!!