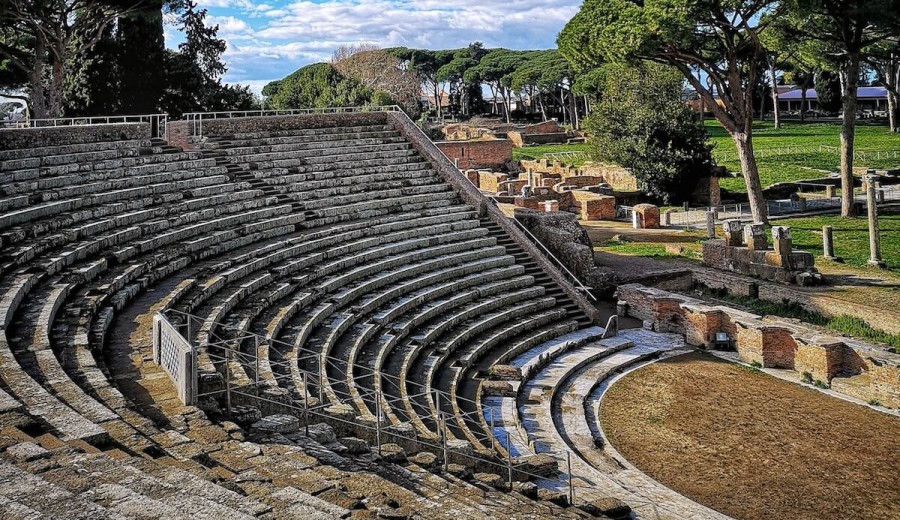 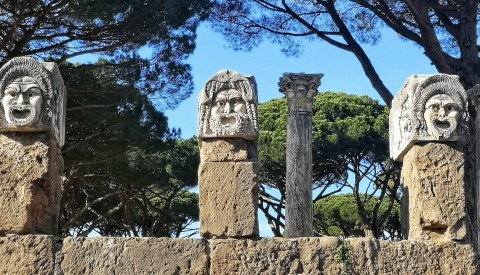 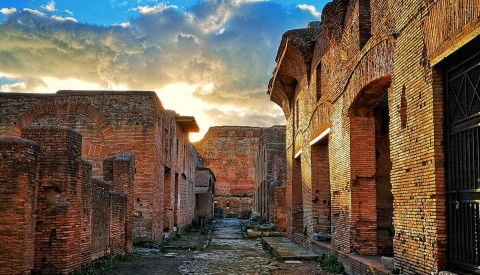 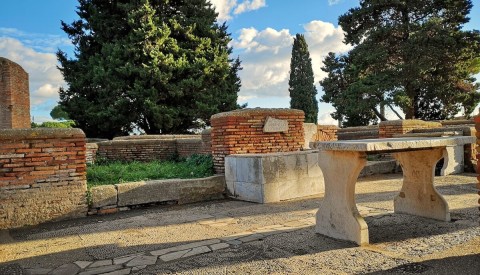 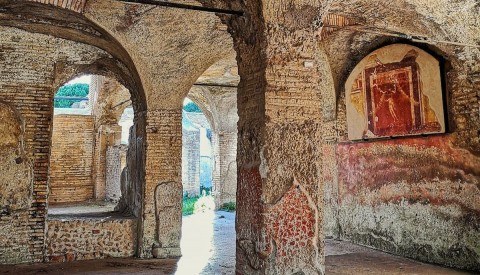 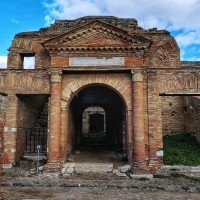 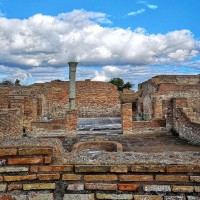 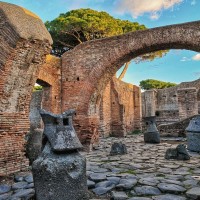 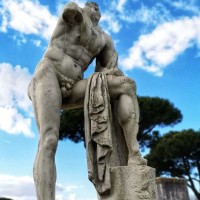 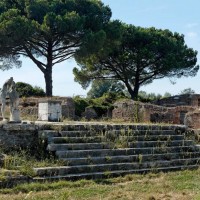 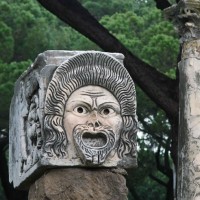 Embark on a fascinating voyage back in time on our Ostia Antica tour, and explore the magnificently preserved remains of the Roman Empire’s most important port. Just half an hour from the Eternal City by train, the vast ruins of Ostia Antica rival Pompeii for their size and incredible state of preservation - but without the crowds! Spectacularly sited in the Roman countryside surrounded by umbrella pines and swaying cypress trees, learn why the harbour city of Ostia was a vital cog in the massive machinery of the Roman empire. Wandering through buildings still rich with the traces of everyday life and decorated with wonderful mosaics, frescoes and statues, discover what it was really like to live in an ancient Roman town over two millennia ago. The awe-inspiring archaeological park of Ostia Antica is still far from the usual tourist itineraries, but it won’t stay under the radar forever - book your Ostia Antica tour today and discover the ancient world’s best kept secret!

The ancient ruins of Ostia are beautifully located in the Lazio countryside, and no modern buildings obscure the magical remains. On our private tour of Ostia Antica, you can wander through this beautiful maze as if discoverering it for the first time.

The ancient Roman port city of Ostia Antica is only a half-hour train journey from Rome. Though it used to be on the sea, a build-up of silt over the centuries means that it now lies three kilometers inland. It was this sand blowing in gradually from the coast that has preserved the city so well for us today. 'Ostia' means 'mouth,' and refers to this city's important position at the mouth of the Tiber River. As Rome grew in importance Ostia grew with it, turning into a thriving port city of 80,000 inhabitants in its Imperial heyday. The city was very well connected to Rome by the river Tiber as well as the ancient roads of Via Ostiense and Via Portuensis, the busiest in the Roman Empire.

Wander through the ancient cemetery on the outside edge of the city walls, where columbaria and elaborately decorated sarcophagi held the remains of important families. From here we will follow the ancient basalt road through the city entrance where twin colossal statues to the goddess Minerva guarded the entry gates. At the Baths of the Cart drivers we'll admire whimsical mosaics showing portraits of the drivers' favorite mules along with inscriptions relating their affectionate pet-names.

From here we will head to the Baths of Neptune, where we'll learn all about ancient bathing customs and their importance to Roman ideals of civilised behaviour. Amazing mosaic floors showing the god Neptune along with mermaids and other mythical sea creatures are on display here, which we can view from the second storey of the bath complex.

One of the most important features of Ostia were the warehouses that stored goods imported from all over the Roman Empire. With such a concentration of produce it became necessary to guard against potentially devastating fires, and so the Emperor Augustus established a Fire Station which we can still visit today. We will see its important Altar to the Emperors, as well as its bathroom with marble seats and coved ceilings. After passing a row of shops we will step inside the Tavern of Fortunatus to see the floor mosaic that welcomed his guests with the greeting "Fortunatus says if you are thirsty, drink wine from the crater." The accompanying picture of a giant drinking goblet drives the innkeeper's message home.

Our private Rome tour will take you to the beautiful Roman Theatre from the first century B.C., used today for evening concerts in the summer. Here up to 4,500 people were seated and entertained with tragedies, aquatic shows, music and bawdy comedies. Behind the theatre we will explore the Square of the Corporations, a rare site surrounding the Temple to Venus which housed the offices of merchants decorated with mosaics displaying their vocations, ranging from the transport of wheat to live elephants.

After, we will continue with a visit to the small museum of Ostia Antica, with displays of many sculptures and frescoes found on-site. Next an intriguing visit to the Thermopolium, an ancient bar and restaurant that looks almost as if it could still be serving food today. Across the street we will see the famous House of Diana, one of the most important surviving apartment buildings from ancient Roman times. After visiting a bakery and seeing a field of giant pottery containers for oil and wine, we will arrive at the Curia and the Forum - the civic heart of Ostia and site of the temples to Hercules and the Goddess Roma.

Along the way we will see temples to the most important gods and goddesses of the ancient world, including a field dedicated to the worship of the great mother goddess Cybele, many Mithraic Temples as well as a rare Jewish Synagogue and an important Christian site. At the end of the tour we will visit opulent Pompeii-style houses complete with beautiful interior courtyards and statues, as well as the impressive Baths of the Forum. These baths were famous for their delicate design which followed the path of the sun, their large Corinthian columns, a hexagonal gymnasium and public men's and women's bathrooms.

After an exciting day visiting these wondrous sites on this special ancient Rome private tour, your guide will return with you on the train to the meeting point.

Your guide will meet you outside the Piramide metro station, Piazzale Ostiense.

The Ostia Antica tour was even better than I anticipated. Through Eternity handled all the logistics perfectly, from being picked up at the hotel, meeting the guide, and returning to the hotel. This was particularly appreciated having just gotten off an eight hour plane ride to Rome. My guide was full of knowledge and insights about the amazing archeological site. We were lucky to have incredible weather and also that several individuals were present re-enacting Roman times. I highly recommend Through Eternity (esp. Desiree and Pips), my guide, my driver and Ostia Antica. It was a very special experience. Thank you!

I must say that Ostia Antica was both immense and immensely impressive. The weight and power of Rome is clear from the massive infrastructure of this port city, which, when you're there with a talented guide, gives you a terrific feel for the enormous endeavor of keeping the world's greatest far-flung empire in business. Gracelyn was a wonderful guide, not just knowledgeable but personable, patient with every question and indulgent when I wanted to linger over one specific locale or another. On the train ride there and back she was full of suggestions for other places to see and restaurants to visit. Can't praise her enough.