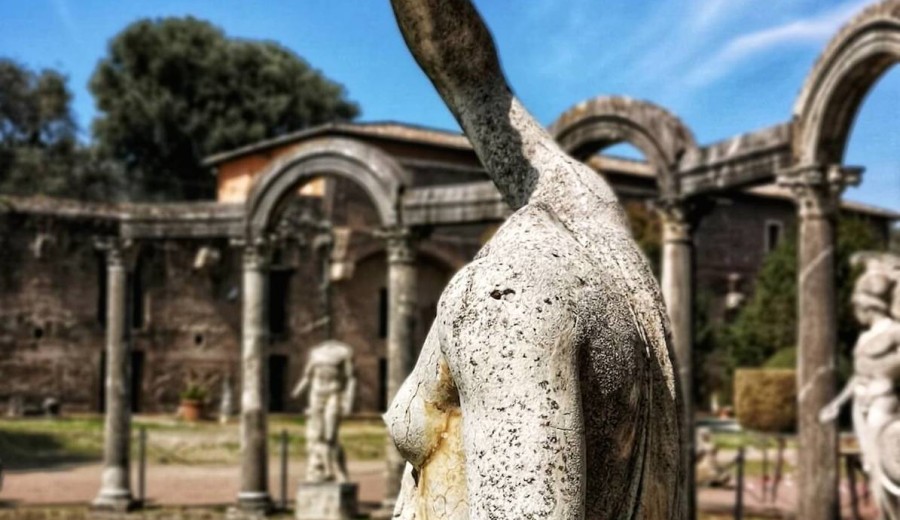 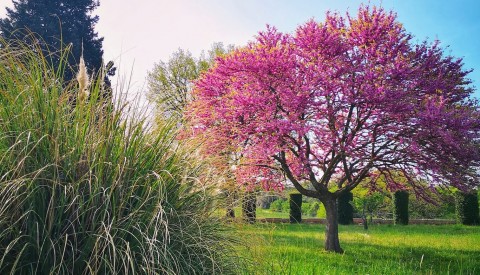 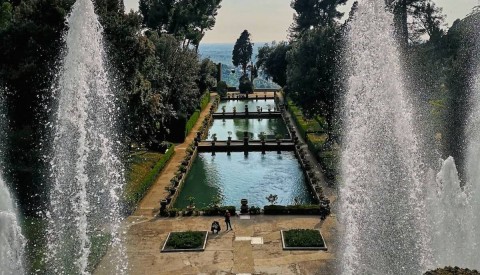 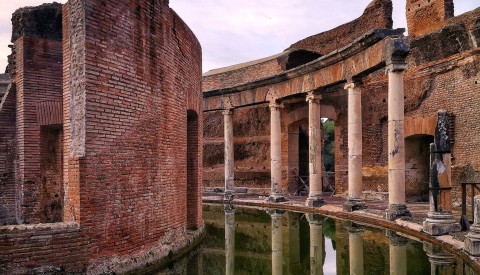 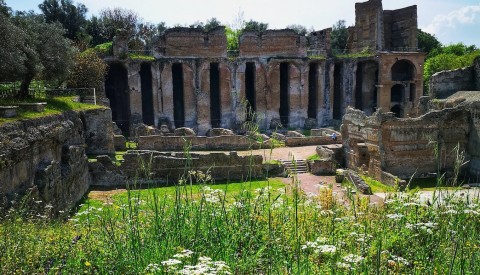 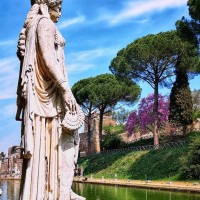 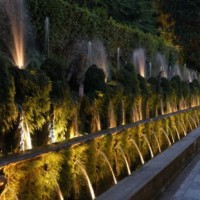 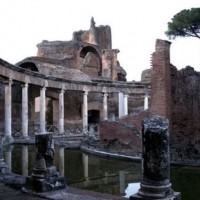 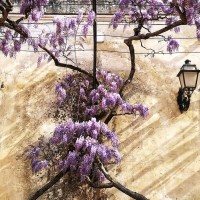 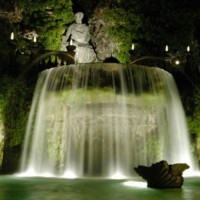 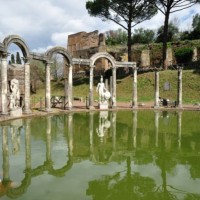 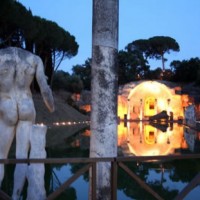 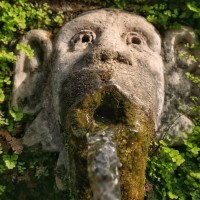 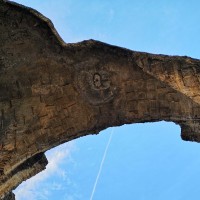 The spectacular ruins of Hadrian’s Villa have to be seen to be believed - a sprawling estate of palaces, libraries, theatres and lakes. The highlight of our Cruise Excursion to Tivoli is a private tour of Hadrian’s Villa, exploring the archaeological site in-depth with an expert local guide and learning about how the emperor Hadrian ruled the Roman Empire from his luxurious private estate in Tivoli. On this full-day excursion, you’ll also have the opportunity to visit the beautiful Villa d’Este, renowned for its extravagant, fountain-filled gardens as well as its frescoed interiors. During your visit, you’ll discover the fascinating links between Hadrian’s Villa and Villa d’Este, and hear stories about how Cardinal d’Este made his vision a reality. The cruise excursion includes private transportation, with a driver picking you up at Civitavecchia and taking you back at the end of the day.

Your Cruise Excursion to Tivoli begins with a brief stop on Via Tiburtina. The travertine marble used to construct the Colosseum was extracted at the quarry here, which is still in use today. We will then continue on to Hadrian’s Villa, one of the most spectacular Roman ruins in the world.

You will then be driven to Hadrian’s Villa, arguably the most impressive of all the imperial villas, and one of the most magnificent Roman ruins in the world. This UNESCO world heritage site is much more than a villa - it’s a sprawling estate including a palace, theatres, expansive gardens, pools and fountains. On your Tivoli Cruise Excursion from Civitavecchia, your personal guide will discuss the construction techniques, the conception of the rooms and spaces, and the choices made by the emperor Hadrian as the empire was on the verge of crisis.

When Hadrian wanted to escape from the heat and the political turmoil of Rome, he would retreat to his private villa in the countryside. But Hadrian’s Villa was more than a simple pleasure palace, as the emperor preferred Tivoli to Rome, even ruling the Roman Empire from the villa.

On your private tour of Hadrian’s Villa you’ll explore the buildings and gardens, which are spread over an area twice the size of Pompeii, and learn about the life, career and artistic tastes of the emperor, who was inspired by his travels throughout the Roman Empire.

Exploring evocative sites such as the Private Library and the Maritime Theatre, you’ll be enchanted by the unique atmosphere of the villa and its gardens. The famous Canopy is another highlight; this lake surrounded by arcades and statues is perhaps one of the most beautiful places in the entire country.

But there’s so much more to Hadrian’s Villa than its beauty. When you explore the atmospheric ruins on one of our Cruise Excursions to Tivoli from Civitavecchia, you’ll develop a deeper understanding of Roman history. As you walk through the vast arcades and visit the Throne Room, your personal guide will explain Hadrian’s legacy as an emperor, from his military career to his art collection. Hundreds of statues have been discovered here over the centuries, and the art and architecture of the villa have inspired countless writers and artists.

On your tour of Hadrian’s Villa your personal guide will also discuss the personal life of Hadrian, including his tragic love affair with Antinous. Your visit to the villa will allow you to discover the human side of the emperor, creating a more complete picture of Hadrian. As you listen to the explanations of your guide you’ll also gain greater insight into the society and politics of Ancient Rome, and understand how one city was able to rule the world.

A very different kind of villa is the next stop on your Tivoli Cruise Excursion. A walk through the winding streets of the historic town centre takes us to Villa d’Este, a 16th century villa famous for its breathtaking beauty. Villa d’Este was the creation of Cardinal Ippolito d’Este, who commissioned Pirro Ligorio, an architect and classical scholar, to design a new villa and gardens exceeding even the grandeur of Hadrian’s Villa.

Strolling through the gardens of Villa d’Este gives us some idea of what Hadrian’s Villa must have been like at the height of its splendour. There are 500 fountains in the gardens, creating a sense of luxury, wealth, and limitless imagination. On your walk through the shady gardens, your private guide will explain how the cardinal’s vision became a reality. Your private tour to Villa D’Este will also give you a new perspective on Hadrian’s Villa, as you discover how the cardinal stole many statues and monuments from the archaeological site in order to decorate his own gardens.

You’ll also have the chance to explore the beautifully decorated rooms of Villa D’Este, which are filled with spectacular frescoes. As you explore these luxurious rooms and admire the views of the gardens, your guide will tell you about the public and private life of d’Este, a patron of the arts who once aspired to become pope.

A Cruise Excursion to Tivoli from Civitavecchia is the perfect day trip, enjoying the tranquillity of these beautiful villas and their gardens. The best alternative if you have already visited Rome.