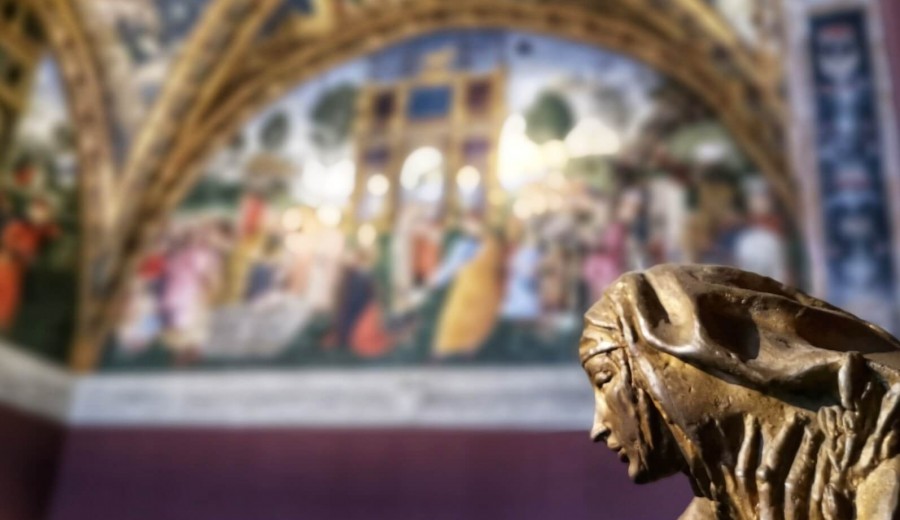 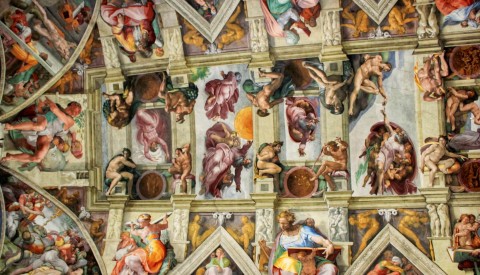 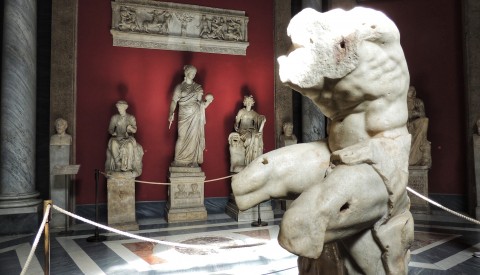 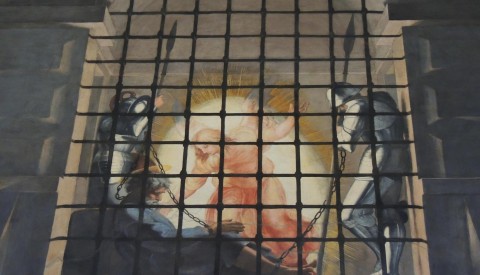 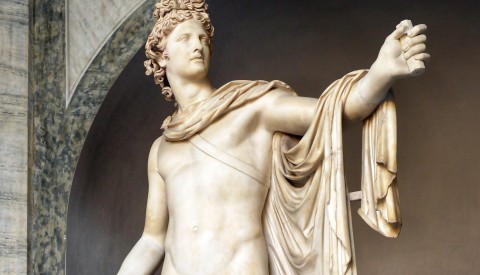 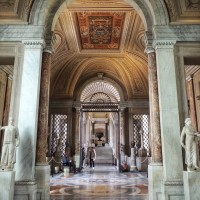 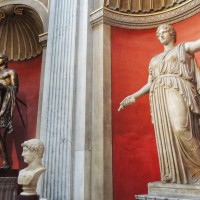 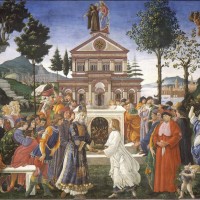 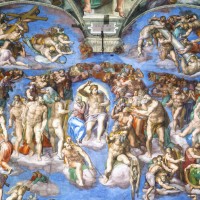 There’s no better time to discover the Sistine Chapel, Raphael Rooms and other masterpieces of the Vatican Museums than the evening hours around sunset. The Vatican collections look at their absolute best in the soft evening light, and you can count on much smaller crowds than usual too - meaning you won’t have to fight for the best views. One of our expert guides will be on hand to bring the museums to life, weaving tales of power, intrigue and incredible artistic achievements along the way. The highlight of our tour is of course the Sistine Chapel, the pope’s private chapel spectacularly decorated by Michelangelo’s frescoes. They look at their mind-blowing best at this hour, and you’ll be able to fully appreciate the great artist’s achievement in the blissful cool of the Roman evening. If you want to experience another side of the Vatican Museums then book a place on our special night tour - available every Friday & Saturday!

This Vatican group tour is a fascinating opportunity to visit the palaces of the Vatican Museums and their artworks in the calm of the night, enveloped in an intimacy that emanates from the dark of the gardens illuminated only by torches. In this magical atmosphere we will take an impassioned voyage into history and art, religion and politics; an intense experience that will help you understand the events and the ideas of the Renaissance world, along the way meeting the popes who commissioned some of the greatest masterpieces of all time as well as the artists who created them.

Retracing the lives of the great artists and the powerful political and religious elites who commissioned them, your guide will help you reconstruct the context in which the Vatican's masterpieces were produced. We'll unravel the inspirations and passions that animated Michelangelo, Raphael, Leonardo da Vinci and Bernini, learning what their works meant to contemporaries and what they tell us today centuries later. Our Vatican group tour enables you to unravel the evolution of the rituals, institutions, and forms of art within our society, helping us better understand the present through the perspective of the past.

Get the fascinating historical context of the Vatican palaces

The Vatican Museums occupy a vast portion of the papal palaces. Precious works of architecture in and of themselves, these spaces were built by the popes to house the many artistic masterpieces of their collections, where they have remained for centuries. The long history of construction of these palaces began with the return of the popes to Rome after more than a century of absence from the city. Led by Martin V in 1420, and driven by a desire to bring an end to the degradation of the city whose population had dropped below 20,000 inhabitants (from about one million in the 1st century A.D.) and whose former glory had all but vanished, the Church and powerful Roman families initiated the Renovatio Urbis - the renovation of the city.

This renovation was only one of many sweeping the cities of the Italian Renaissance and bringing significant change to all fields of knowledge, art, and daily life. From the invention of the printing press to the maps that permitted Columbus to cross the ocean and reach America; from the laws of perspective to gun powder, from the techniques that allowed Brunelleschi to construct the dome of Florence Cathedral and Michelangelo the dome at St. Peter's, this is the essence of the Renaissance - a time of renewal and discovery. We in our turn will rediscover this fascinating history on our Vatican group tours.

The Vatican Museums possess one of the world's richest collections of Greek and Roman art, thanks to the intellectual curiosity that led the popes to amass ancient artworks from the Renaissance onwards. Here we will accompany you in fascinating adventures of discovery, introducing you to works of great beauty like the Laocoon, the Apollo Belvedere, the Belvedere Torso and dozens of others. We will also see the sarcophagi of Helen and Costanza, mother and daughter of the emperor Constantine, and help you understand their original meanings - as well as their secrets.

From the Pinecone Courtyard to the Belvedere Courtyard, from the Gallery of the Candelabra to the Hall of Maps and the Tapestries Gallery,  the journey we'll undertake on this Vatican group tour is a captivating one. The same fascinating journey was made by the men of the Renaissance who gathered around tables luxuriously set by popes and princes in these very spaces. Over rivers of wine and refined dishes, artists and courtesans, philosophers and cardinals discussed the works of the ancients, chewed over the surprising finds of ancient statues and gave their opinions on the great undertakings of the day -  the construction of the new St. Peter's basilica amongst them.

The Raphael Rooms (Stanze) and Michelangelo's frescoes in the Sistine Chapel will represent the high point of our journey, and by the time we arrive there you will be well-versed in who these artists were, what they thought and how they lived, their ideals and their passions, their extravagances and weaknesses. And so it will be easy to immerse yourself in the figures and the histories painted in these frescoes, to fully understand their meaning and enjoy their beauty.

On this group tour of the Vatican we will consider ideas such as what made it possible for sensual and even nude figures to be painted in the pope's chapel; we'll regale you with the stories and myths surrounding their creation, such as the false legend that Michelangelo painted his famous ceiling by himself. We will also discuss the competition between these two geniuses of the Renaissance in the court of the pope Julius II, himself a complex character capable of terrible excesses of anger. But at its heart the Renaissance was a time of beauty, a time when the beauty of the body and the spirit were finally united. Join us on one of our Vatican walking tours to discover it.

Rome is at its most magical at night – so why not also join our special Rome at Twilight tour and explore the streets and squares of the historic city centre as the sun sets?

Near the entrance to the Vatican museums. You will receive full details, including a map and photograph of the meeting point, after completing your booking

Brilliant tour, Ulla was a great guide, perfect length, very well explained, I would highly recommend going at night during summer, much cooler and lovely sunset.

We had a marvelous time with Paulo. He was really engaging and knowledgeable, He gave in depth descriptions of what we were viewing at each turn. The museums were not busy and i feel as though i had a really special experience. Would highly recommend the Vatican Museum Night Tour.