Discover the treasures of the Serenissima, from St. Mark's and the Doge's Palace to picturesque canals 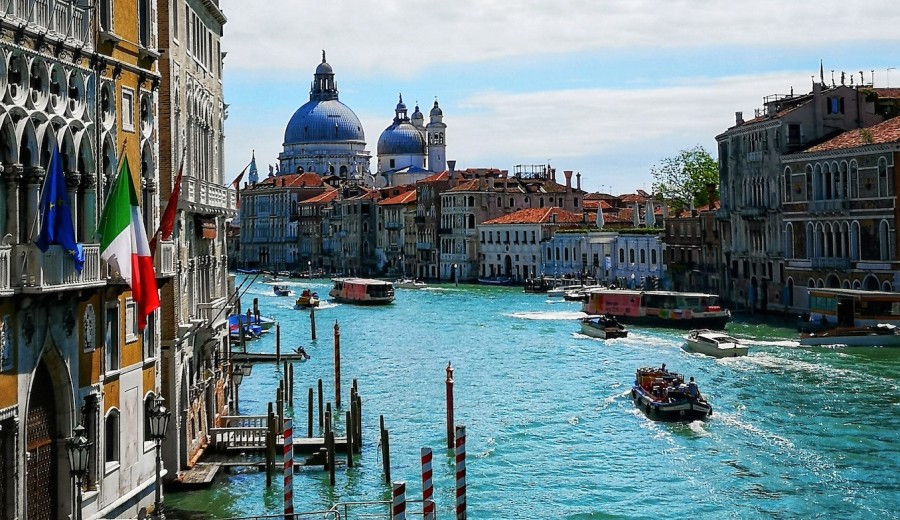 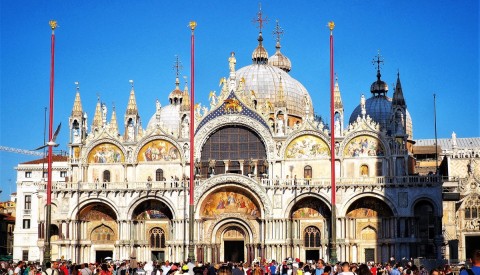 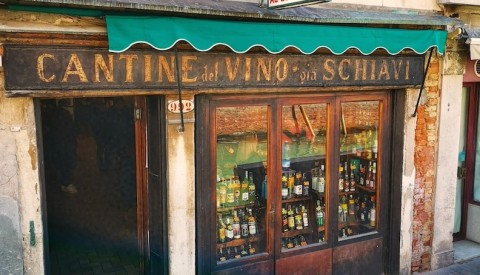 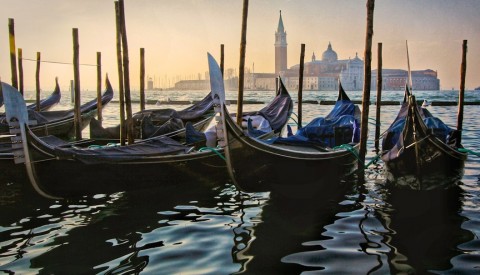 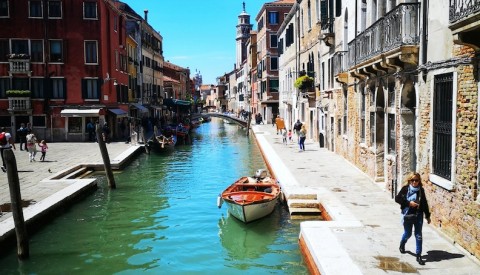 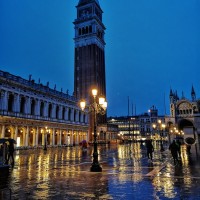 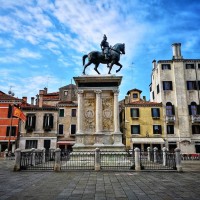 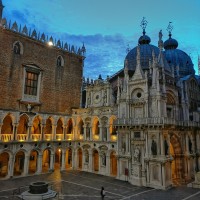 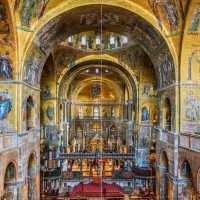 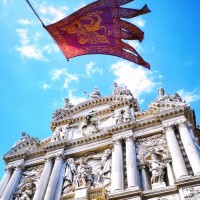 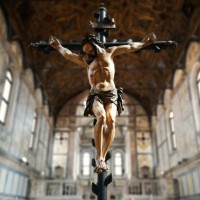 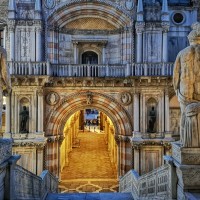 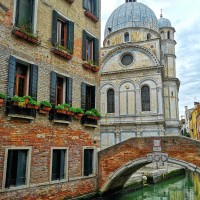 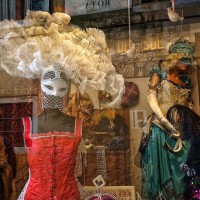 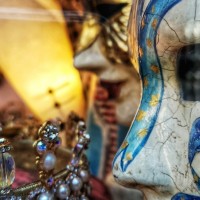 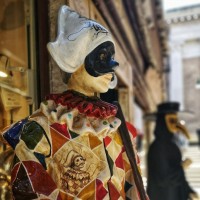 A jaw-dropping treasure trove of art and culture, the charms of Venice could easily occupy you for a lifetime. But if you’re new to the Floating City and want to get straight to the highlights, then our Essential Venice tour offers the perfect introduction to the city known to history as the Serenissima. On our itinerary we’ll be visiting the two greatest landmarks in Venice, with skip-the-lines access: iconic Saint Mark’s basilica, with its glittering mosaics, and the no less spectacular Doge’s Palace - symbol of Venice’s limitless power for nearly a millennium and home to the breathtaking Bridge of Sighs. Afterwards head off in search of hidden corners of Venice that few visitors get to see in the company of our local expert. This is Venice at its authentic, spectacular best!

Our tour begins at the epicentre of the Venetian Republic, an iconic St. Mark’s Square. One of the most breathtaking public spaces in the world, the piazza was once described by Napoleon as Europe’s drawing room - and it’s still Venice’s place to see and be seen today. Dominating everything are the endless domes and spires of immense 11th-century St. Mark’s Basilica, known as the Church of Gold for its shimmering mosaics both inside and out. Learn how St Mark’s owes its existence to an audacious holy theft, and how its masterful architectural fusion of Byzantine, Greek and Western traditions perfectly reflects Venice’s uniquely cosmopolitan character.

Discover the fascinating history of the massive bronze horses that stand guard over the entrance, and once inside prepare to be blinded by a profusion of gold glittering from every mosaic-covered surface – including the Pala d’Oro, a golden altarpiece studded with thousands of precious stones. We won’t rush you through the basilica – it takes time to appreciate its many splendours, and if you really want to get to grips with Venice then an in-depth exploration of St. Mark’s Basilica is the perfect way to begin.

Paintings, Politics and Prisoners in the Doge’s Palace

Then we’ll make our way across the square to the Doge’s Palace, whose distinctive Gothic colonnades and pink-hued marbles perfectly capture the city’s charm. Perched on a sweeping curve of Venice’s southern bank, it was from here that a succession of all-powerful Doges ruled over the maritime Republic for hundreds of years, and you can still sense the grandeur of those epic days echoing down its halls and galleries today, surrounded by masterpieces of Renaissance art by Titian, Tintoretto, Veronese and Carpaccio.

Learn who the doges were, and get the inside scoop on power-plays and political machinations worthy of a Hollywood thriller. In the Institutional Chambers discover why Venice’s elaborate and well-oiled political system was unmatched in the early-modern world, ruled with an iron fist by the forbidding Council of Ten. The incredible Chamber of the Great Council is one of the largest rooms in Europe, where important meetings took place surrounded by massive paintings glorifying the history of Venice.

Climbing Jacopo Sansovino’s Scala d’Oro, a lavish stairway of gold, and arriving in the Doge’s private apartments above gives a fascinating insight into the luxurious lifestyle of the Renaissance Venetian court. Admire too the imposing 15th-century Scala dei Giganti, one of the most beautiful staircases in Italy. Flanked by massive statues of the ancient gods Mars and Neptune, newly elected Doges ascended the monumental stairs to take up their solemn role as head of the Republic.

But the Doge’s palace had a darker side too - after making our way through the Palace’s extensive armoury we’ll explore the forbidding prisons where inmates (including the notorious libertine Casanova) served their sentences in dark cells, reached by an exclusive stroll over the beautiful Bridge of Sighs - evocatively named for the groans of prisoners taking one last look at Venice’s beauty with gondolas bobbing merrily on the Grand Canal and Palladio’s church of San Giorgio in the distance before being led away to incarceration.

We’ll embark on a fascinating stroll through picturesque winding alleyways, along narrow canals and over bridges, discovering Venice’s most spectacular highlights and enchanting hidden corners. For centuries Venice was one of the most powerful cities in the world – rulers over a vast empire, trading superpower and blessed with riches other European cities could only dream of. Amazingly, the city that seems to have been almost miraculously built on water was one of the biggest urban centres in Europe during the Renaissance, and its shipbuilding and book publishing industries were without rival.

There were around 200,000 residents on the island in the 16th-century, and the dense warren of streets, buildings and canals that sprang up to house them is accordingly massive. On this special Venice walking tour we’ll penetrate deep into this labyrinth, as your guide recounts the glory days of the Maritime Republic in thrillingly vivid detail.  Learn all about the complex social hierarchies of Renaissance Venice, and gaze on the spectacular palaces looming over the waterways built by the elites as amazing status symbols. Explore stunning but little-visited churches that house some of Venice’s most precious artworks, and learn about the fascinating myths, legends and miracles that have ensured their place at the centre of Venetian culture for centuries. Venice is one incredible open-air museum: discover it with us on our Venice day tour!

Customize Your Tour to Suit You

As this is a private tour for you and your group, we’ll be delighted to customize the itinerary to suit you, including an additional private boat tour of Venice after the initial tour (details below). Please let us know if there is anything in particular you had your heart set on seeing. After all, there are as many Venices as there are Venetians – get in touch today to find yours!

Join us to discover a Venice that only the locals know, an unspoiled hidden city where the air is thick with the magic of the unknown. Discover it with Through Eternity and forge memories that will last a lifetime.

In a floating city where the streets are paved with water, taking a boat ride is a must-do on any visit to Venice – an enchanting microcosm of the city’s uniquely magical atmosphere. Sure it might seem clichéd, but it’s an unforgettable experience – and to get a real sense of the city’s history you’ve simply got to see it from the water. The city’s stately palaces were designed around the canals, and for centuries gondolas were the only way that residents could navigate their way around the city – in the 18th-century more than 10,000 flat-bottomed gondolas scudded along its waterways! Stepping into the shoes of those distant times, on our tour we’ll have the unique opportunity to take a lazy boat ride down one of Venice’s most picturesque and peaceful canals –not included in the price. Please inquire for pricing and additional duration of tour.

Giovanna was a great guide. A true local that showed us the little details behind the big WOWWWS. We visited the Basilica di San Marco (breathtaking...) and the Palazzo Ducale. Two MUST SEE. It was KEY not to have to do the lines, as they were incredibly long!

Hi there, Ibadan du your in Venice with Daniela. It was a really great day and Daniela was great really knowledgeable and really friendly, she showed me around everywhere I wanted to go and places I didn’t even know I wanted to go to! She went above and beyond .. Really good