Discover the vibrant world of Venetian art, from Titian to Tintoretto 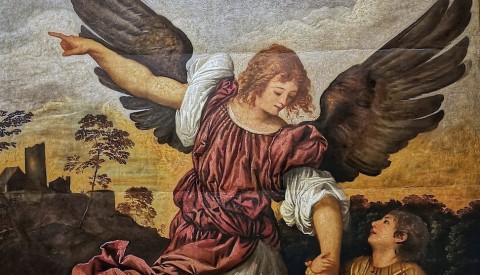 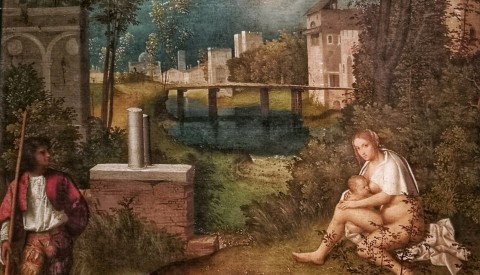 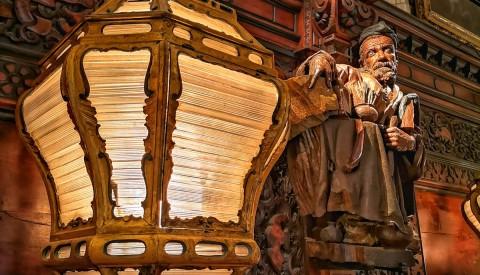 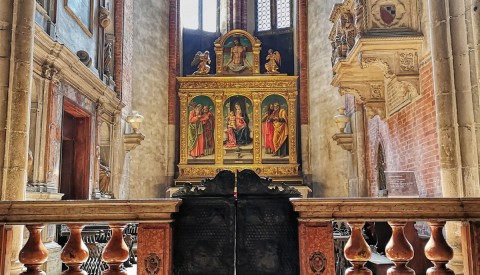 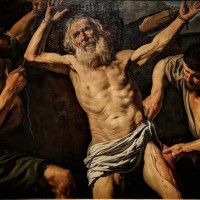 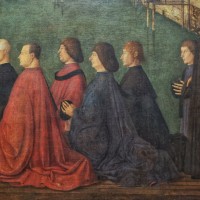 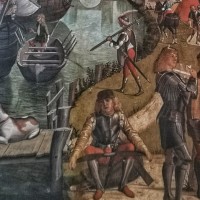 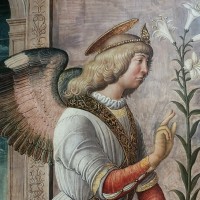 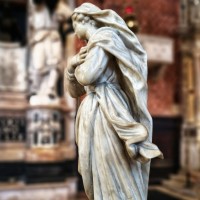 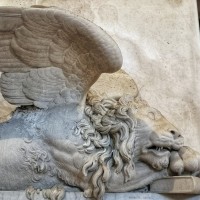 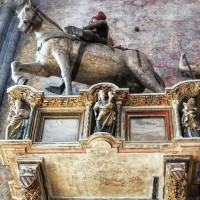 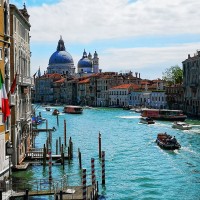 You probably know Venice, the spectacular floating world of canals and islands, as a city of water. But that’s not its only claim to fame: the city known as La Serenissima is also one of the world’s greatest cities of art. From Bellini to Titian, Tintoretto to Veronese, Venice’s remarkable art scene is an indelible part of city life, woven into the urban fabric in the shape of countless palaces and churches, meeting halls and museums. Inspired by the stunningly vibrant environment all around them, Venetian painters were beguiled by the unpredictable charms of colour, and our Venice Art Tour is the perfect introduction to the unique expressiveness of Venetian art. Join us to come face-to-face with some of the greatest masterpieces ever painted, and in the company of one of our expert guides learn how art has shaped the city in unforgettable locations often overlooked by tour itineraries: The Accademia, the Scuola di San Rocco and the Basilica dei Frari.

The Giants of Venetian Art in the Accademia

We’ll begin our Venice Art Tour at the Accademia, beautifully located on the banks of the Grand Canal and unquestionably the city’s pre-eminent art gallery. Housed in an ex-church and convent designed by Andrea Palladio, all the biggest names of the Venetian school are on show here. From Giovanni Bellini to Titian, Giorgione, Canova and countless others, wandering through the gallery with our expert guide provides a crash-course in Venetian painting across the centuries.

But that’s not all: if you know how to read them, these masterpieces also tell the whole story of Venice in fabulous Technicolor. Tintoretto’s incredibly dramatic Stealing of the Body of St. Mark recounts the audacious 8th-century theft of the apostle’s body from Egypt that led to the building of Venice’s greatest church, whilst Paolo Veronese’s massive Feast in the House of Levi conceals the story of one of the darkest chapters in the city’s history – the Inquisition. Originally intended to portray the Last Supper, Veronese’s painting was censored by the Inquisition for its humorous and apparently irreligious details - the artist mollified his accusers by simply changing the painting’s title, but not everyone who got on the wrong side of the Inquisition was so lucky.

After a short stroll through the backstreets and canals of the lively Dorsoduro neighbourhood and past the Ca’ Rezzonico, we’ll reach one of the city’s most spectacular temples to art - the awe-inspiring Scuola di San Rocco. Venice’s great scuole, or schools, were powerful lay-religious institutions dedicated to charity, and played a central role in Venetian public life for centuries. The Scuola di San Rocco was perhaps the most impressive of all, the headquarters of a rich religious confraternity devoted to Saint Roch (Rocco in Italian), who was believed to keep the city safe from the ravages of the plague. A unique place where art, faith and history intertwine, the school is an incredible testament to the creative energy of a single man - Tintoretto.

The confraternity’s elite membership wanted their meeting halls to be adorned with the finest works money could buy, and after bribing the bigwigs with a dazzling painting to get the commission, Tintoretto spent more than 20 years labouring to realise their vision between 1564 and 1588. The artist adorned the walls of the school’s sweeping halls with more than 60 massive paintings depicting religious themes, each shimmering with the unique light effects and dizzying perspectives that made the artist famous – not for nothing is the scuola known as Tintoretto’s Sistine Chapel, and the dramatic Old Testament cycle in the enormous upstairs Sala Grande Superiore is one of the greatest achievements in Italian art. Commissioning masterpieces to the greater glory of God was one way to ward off the plague, but artistic patronage wasn’t always enough. When the confraternity was founded in the 1470s its main line in piety was penitence in the form of gruesome flagellant processions – you’ll learn all about this macabre history of pain, painting and plague on our visit to this Venetian gem that is surprisingly still far from the tourist trail.

If the Scuola di San Rocco is Tintoretto’s magnificent artistic testament, then the imposing Gothic church of the Frari next door is a monument to Venice’s undisputed greatest son: Titian. When the ailing master was nearing death at a prodigious age in 1576, he requested to be buried right here in the largest (and arguably the prettiest) church in Venice, beneath the altar that was to house his own final work - a powerfully moving Pietà that now hangs in the nearby Accademia.

In addition to the painter’s funerary monument the church is still home to two of Titian’s greatest early masterpieces, painted there nearly 60 years earlier - the Assumption of Mary and the Madonna of Ca' Pesaro. The paintings’ melting colours and swirling compositions offer a vivid window into the world of 16th century Venice, and it’s easy to see why the young Titian’s works wowed contemporaries when they were hung here 500 years ago. Beyond Titian, the basilica is a veritable treasure trove of Venetian art - we’ll come across an array of Renaissance masterpieces, including Donatello’s expressive sculpture of St. John the Baptist and Giovanni Bellini’s serene Madonna and Child, as well as the first living portrait of a Doge ever painted in Venice by the Trecento master Paolo Veneziano - incredibly, this is also the first artwork to be signed by its creator in the history of Venetian art. Across the nave from Titian’s tomb is a monument to another of Venice’s greatest sons - the renowned Neoclassical sculptor Antonio Canova.

In front of the entrance to the Accademia museum

Luca was a wonderful guide for Ostia Antica. Very knowledgeable, well-spoken and interesting. Thank you!