Istanbul in a Day with Hagia Sophia and the Blue Mosque: Essential Private Experience

Istanbul in a Day with Hagia Sophia and the Blue Mosque: Essential Private Experience 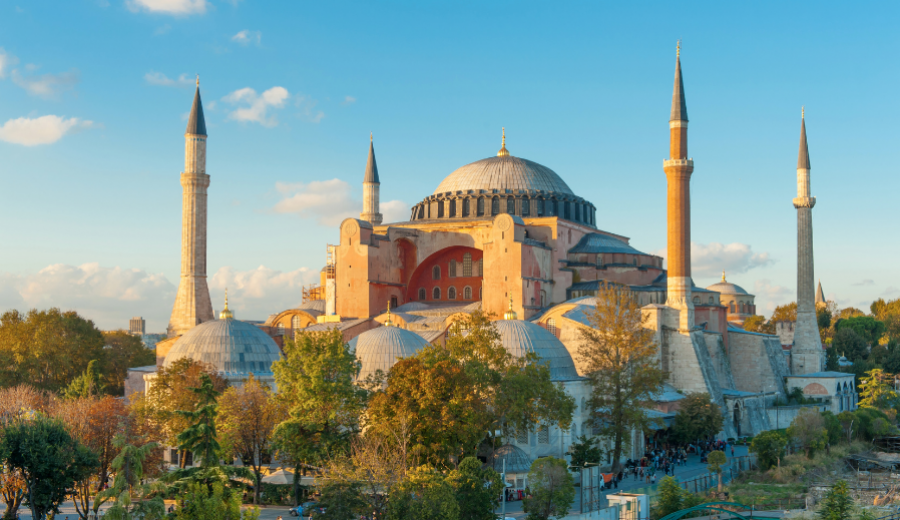 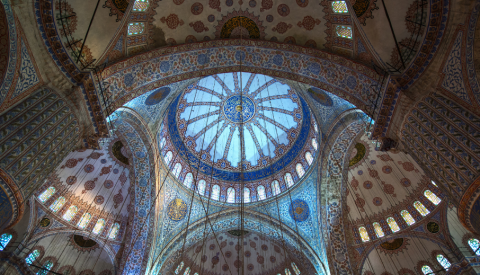 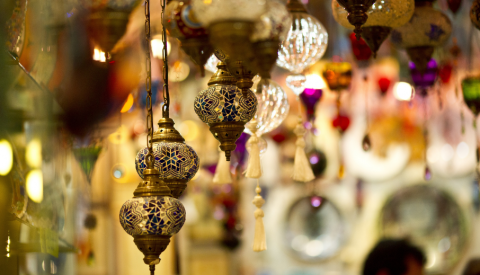 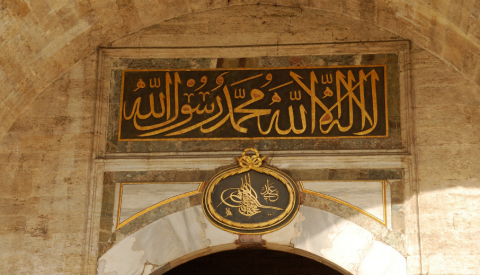 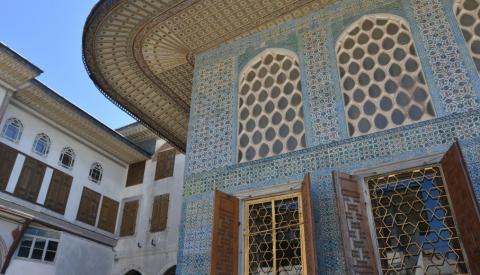 Istanbul, the “Gateway between Europe and Asia”, a city on two continents, so much history and so much to see but if you only have one day our Istanbul in a Day tour is designed just for you! This exciting city has a rich history weaving Byzantine, Roman, and Ottoman, cultures together as beautifully as the colorful Turkish carpets in her markets. Our expert private TE guides will bring this wonderful history alive as they guide you through sites like the Hippodrome, where the chariot races took place, Hagia Sofia, crown jewel of Byzantium, the Blue Mosque, a seventeenth century Ottoman masterpiece, Topkapi Palace, where you walk in footsteps of the Sultans, the Grand Bazaar bustling with energy and color, and of course time to pause during your magical day to enjoy delicious Turkish cuisine. This and so much more awaits you on your Istanbul in a Day tour.

Experience the magic of Istanbul in a Day with an expert TE private guide!

When you only have one day, how do you get the most out of Istanbul? A city that straddles Europe and Asia, that has a history intertwined with Byzantines, Romans and Ottomans, a city where the call to prayer is echoed through the streets as a haunting echo reminding you of her complexity, and beauty? The answer is simple. Relax as your expert private guide transports you through Istanbul’s, neighborhoods, monuments, and history shedding light on its complex past. Entries, tickets, and logistics are our worries. Your day is an experience, a taste of the best Istanbul has to offer, surely leaving you wanting to return one day for more.

Discover the splendor of Byzantium and more at Hagia Sophia.

Your pick up from your hotel is conveniently arranged for you so you jump in and begin your day meeting your expert private guide who will escort you back in time first, with the complex and beautiful, Hagia Sophia. Originally named  “The Church of the Holy Wisdom”, Hagia Sophia was the crown jewel of the Byzantine Empire. Built in 537 by the emperor Justinian, it was immediately considered an architectural marvel. Its dome was thought to be suspended divinely as it seems to float down from the heavens above you.

Your expert private guide will take you through its tumultuous history from the most important church of the Greek Orthodox world and sacred place where the Emperors of the East were crowned, to its conversion as a mosque in 1453 as Constantinople, fell to the Ottomans. Today you can admire the beauty of its exquisite mosaics dating to its Christian past along with the lavish additional decorations added by Sultans over the past centuries.

Explore the most famous mosque of Istanbul and see why its known as the Blue Mosque.

This Seventeenth Century masterpiece, was completed in 1617 at the request of Sultan Ahmet I. It demands attention as you approach with its great dome over head, six elegant minarets reaching towards the sky, almost bringing you back in time to the age of the Sultan himself. Inside the building you need only look around as light gently reflects on the over 200 stained glass windows, and admire the beautiful blue “Iznik Tiles”, (over 20,000) in total, to understand where the name Blue Mosque comes from. It is truly a site to behold!

Jump back in time to the city of Emperors, Chariots and Roman Entertainment.

Just a stroll from Sultanahmet Square we step back in time again to the age of Constantine the Great, as you visit the Hippodrome square. Here your guide will regale you with stories of the sporting events that took place over the centuries at the Hippodrome, designed after the great Circus Maximus in Rome. Although the marble seating may be gone, you can still imagine the roar of the crowds. Here you can admire an Egyptian Obelisk dating to the XV century b.c.e. and the Serpent Column, both decorations of spoil from the imperial age.

Visit the oldest and largest market of its kind, the Grand Bazaar.

The core of the Grand Bazaar began in the fifteenth century by Sultan Mehmed II, focussing on textile and jewelry trading. The vibrant and expanded market we see today covers over 30,000 m2 and contains over 4000 shops! Crafts, carpets, jewelry, furniture, leather and more. Don’t forget to bargain over the price, it is expected and is part of the fun!

Follow the steps of the Sultans as you explore Topkapi Palace.

Exploring Topkapi Palace you begin to understand better the culture, beauty and wealth of the Ottoman’s historic 600 year reign. Passing through gates, courtyards and gardens one marvels at the architecture and elaborate decorations trying to imagine life in the court of the Sultan. Home to the Sultans from the fifteenth century to the end of the Ottoman Empire, the palace was opened as a museum in 1924 with the birth of the Republic of Turkey, in 1923.

Your visit will also include the Imperial Treasury, home to an impressive collection of decorations in gold and precious gems, the sword of Suleyman the Magnificent, encrusted in jewels, the Holy Relics section of the museum with relics of the prophets, significant to the Muslim, Jewish, and Christian faiths. Let us not forget the Harem! Your guide will also bring to life this important, and elegant part of the complex and explain what life there was really like.

Located in the outer courtyard of Topkapi Palace is Hagia Eirene, “The Church of the Holy Peace”. This fourth century church was commissioned by Constantine the Great, located on the site of a pre-Christian temple. It is the oldest Christian Church built in Byzantium.  This was the second largest church in Constantinople, after the Hagia Sophia.

What better way to end this busy day then to have a stroll in Istanbul’s largest and most beautiful parks. As you pass from the adjacent Topkapi Palace, and wonder through the park, its time to relax and maybe reflect on all the marvels you’ve seen during your day. A beautiful way to end your experience, one that will linger in your memory just as the Byzantines, Romans and Ottomans still linger like ghosts in the streets of this magical city today.