An unforgettable journey in time to the ancient port city Ephesus, one of the world's most well known and important ancient cities. Flights, transport, tickets, lunch and Expert TE Guide included! 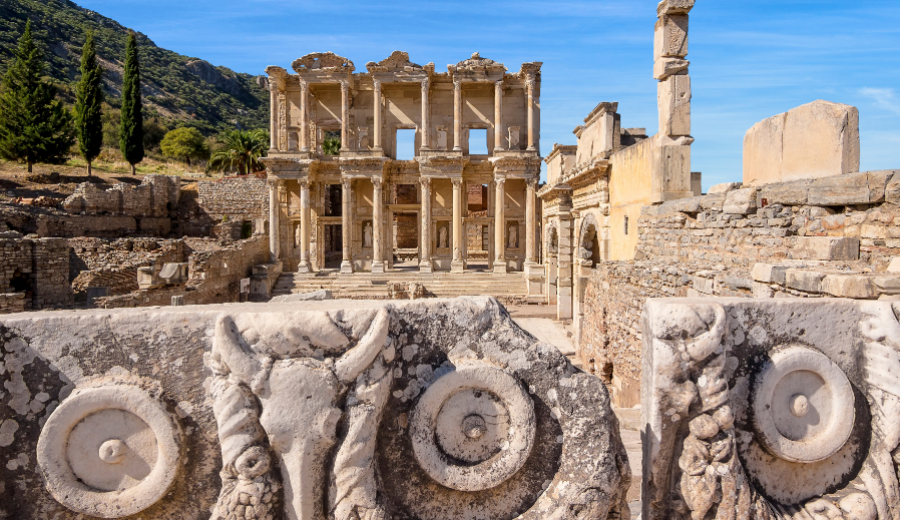 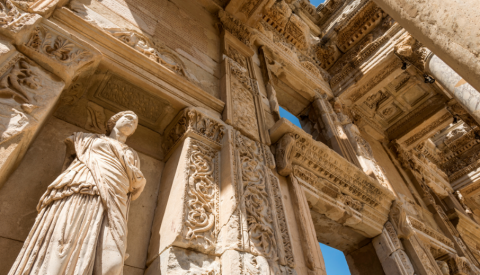 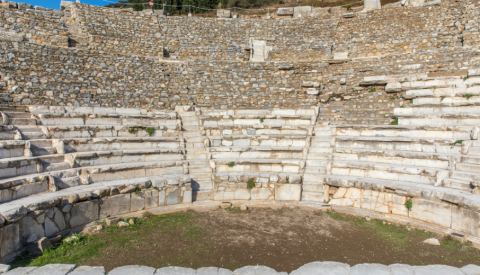 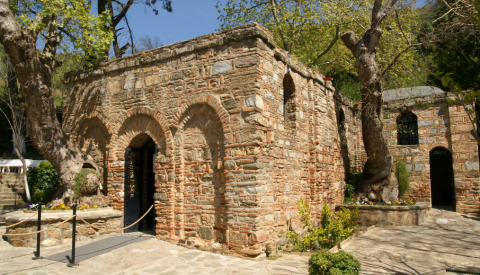 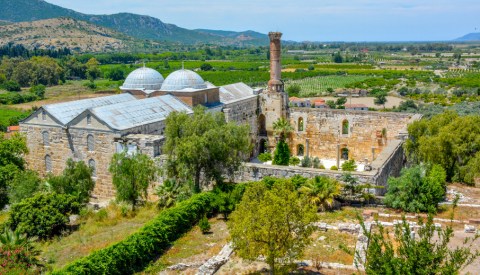 The city of Ephesus. Center of trade in the Mediterranean Sea, center of Greek and Roman culture in Asia Minor for centuries, center of Christianity from the time of St. Paul to the many years of the Byzantine Empire, and sacred place where the Virgin Mary is believed to have spent her final days. This incredible private day trip includes it all, your domestic flight to Izmir, transportation, entry tickets, lunch, and an Expert TE Guide to lead you through one of the most memorable experiences of your trip! Wander the streets of the ancient city and explore at the remains of the Ancient Temple of Artemis, (considered one of the Seven Wonders of the Ancient world), visit the well preserved theater, take in the beauty of the famous Library of Celsus, and so many other fascinating parts of daily life, like the brothel, as your TE guide paints a vivid picture of the daily life of the residents two millennia ago. Discover the history of St. Paul’s visit and the significance of his letters to the Ephesians for the young but growing Christian community. Visit the site of the House of the Virgin Mary, visited by pilgrims throughout the centuries. When admiring the views of the Aegean Sea, looking out towards the Greek island of Samos, you can almost here the voices of the ancients calling out from the past.

Walk the streets of the city of Ephesus, the Mediterranean’s center of commerce on the coast of ancient Asia Minor and immerse yourself in its Greek, Roman and Byzantine past.

The port city of Ephesus was the gem of Asia Minor, with its long history going back almost three millennia. The city had multiple life cycles and conquerers but always maintained its importance. Greeks, Persians, Romans, Byzantines, all played a roll in the fascinating history of this city. As you embark on your VIP Private Ephesus Experience, you will be accompanied by an Expert TE Guide who will be there with you to not just tell you the history, but to accompany you back into the past in a way that only an expert and passionate guide can do. The sites are so suggestive visually that between the stories of your guide, and the incredible surroundings, you will find yourself walking the streets of ancient merchants, artisans, philosophers, emperors and saints.

Libraries, Theaters, and Brothels. A taste of ancient daily life.

Probably one of the most iconic images of Ephesus is the famous façade of the Library of Celsus. Built by Tiberius Julius Acquila, in the second century CE in honor of his father, the Roman proconsul of Ephesus, Tiberius Julius Celsus Polemaeanu, This exquisite structure was to serve not only as a library and memorial, but also the place of burial for Celus. His ornate sarcophagus was discovered in 1904! Your expert TE Guide will explain the interesting history of the building. Important from the Roman period when it was built and also in early Christianity. The importance of culture is emphasized in the four statues set into the façade with their names inscribed below; Sophia (Wisdom), Ennoia (intelligence), Episteme (knowledge), and Arete (virtue).

Your explorations will bring you to another part of life on your private Ephesus Experience. Entertainment!  A visit to the wonderfully preserved Theater will show you the importance of tragedy, comedy, and just enjoying time away from the work of the average day. Although built in the Hellenistic period, your expert TE guide will bring you through the stages of its original construction, and its Roman changes and expansion under multiple emperors. At its height it could seat upwards of 24,000 spectators! But theater was not the only form of entertainment in the city. A visit to the brothel gives yet another slice of ancient life complete with interesting carved signs regarding their customs that your guide will share along with their meanings and bring this more of this hidden world to light.

The Temple of Artemis. Explore the remains of the impressive temple and learn why it is considered one of the Seven Wonders of the Ancient World.

Greek and Roman historians have written of the marvelous ancient temple dedicated to the goddess Artemis in Ephesus. Although they may not have all agreed on the architect, (it was rebuilt multiple times), this impressive ancient site was famous from its beginnings in the sixth century BCE through the period of late antiquity. Your expert TE Guide will help rebuild this marvelous ruin with the amazing stories and long history connected to it. They will paint vivid pictures of its past importance, give relevance to the unique statue of the divinity with its chest surrounded by many eggs, and explain its abrupt end, quite possibly at the hands of the new religious majority, the Christians.

In 1960 excavations brought to light a series of houses dating from the first century to the seventh century CE. Some with beautiful frescoes, some with lovely mosaics. Explore these structures with your expert TE Guide, and see another part of life in Ephesus, the homes of the wealthy as well as middle class citizens. From the imagery on their walls and floors you get a better sense of the taste of the population through the centuries,

Discover one of the areas oldest mosque, the Mosque of Isabey, dating to the fourteenth century.

The Mosque of Isabey, which dates to 1375, is one the oldest active mosques in Turkey and unique in its Anatolian architecture. Known for its asymmetrical design, beautiful courtyard, and recycled columns and marble from ancient buildings, the Mosque of Isabey, is a fascinating place to visit. Your expert TE guide will share its interesting past and the history of its more recent restoration as you explore this wonderful gem.

Journey to the House of the Virgin Mary, beautifully perched on a hill with views of the Aegean Sea.

Follow in the path of pilgrims, Christian and Muslim alike, to the House of the Virgin Mary. The story of this ancient edifice intertwines with writings from the visions of a German nun and mystic of the 18th/19th century, whose detailed descriptions were used for the rediscovery of the house. Even three recent Popes have made visits to the site and celebrated mass. Some come for curiosity, some for faith, others still looking for help or healing. How did Mary get to Ephesus? Why was she there? How long did she live there? Your expert TE Guide will share the history, the traditions and the many stories connected to this sacred place.

From the hills where the house is located, it is here that you end your journey in Ephesus. But first, one last beautiful view looking out over the Aegean Sea towards the greek island of Samos. Now your adventure is complete, and it is time to return to the airport. As you think about your day it is amazing to think about all the centuries of time you just passed through and all the many memories you will go home with. The VIP Ephesus Day Trip truly is an unforgettable experience.