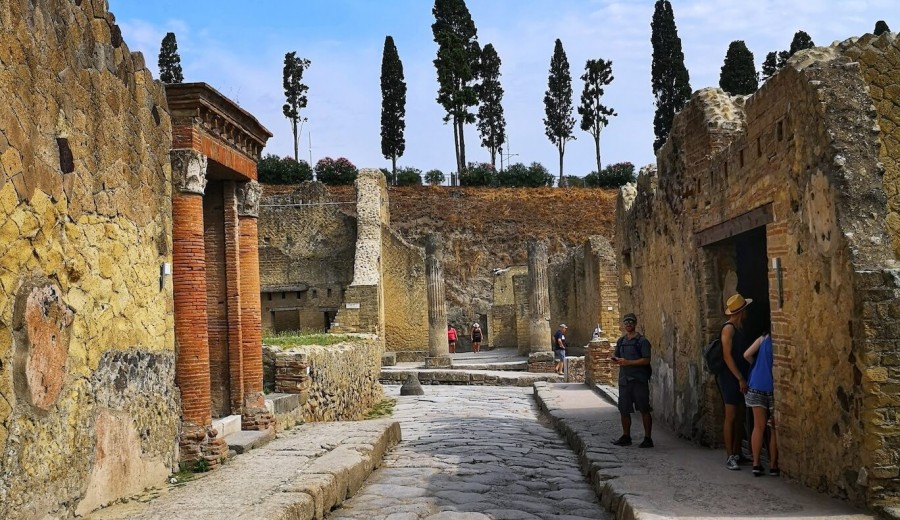 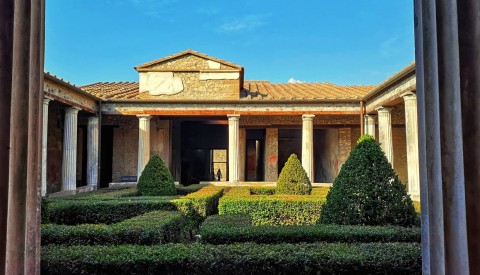 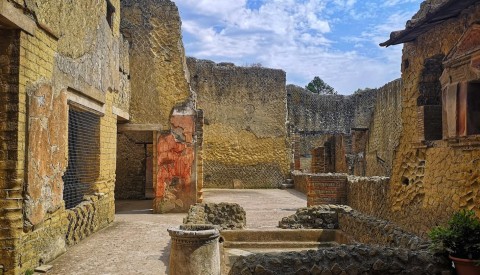 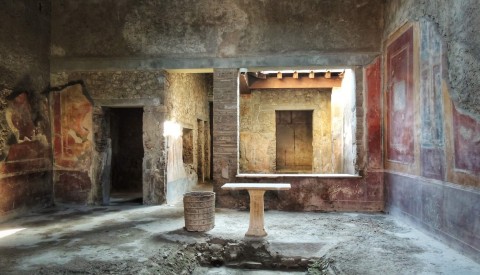 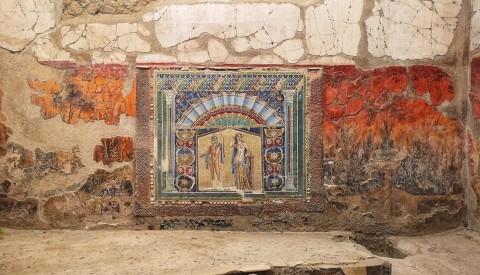 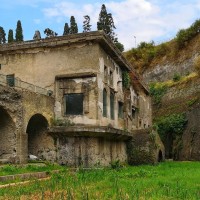 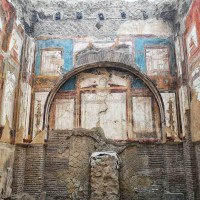 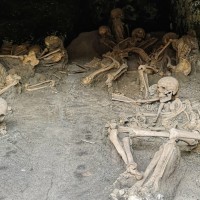 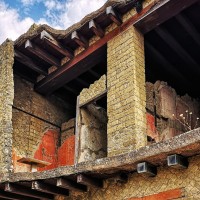 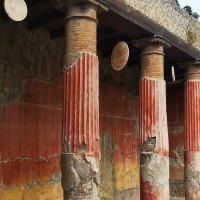 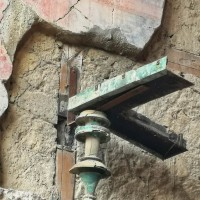 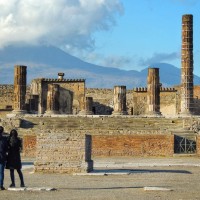 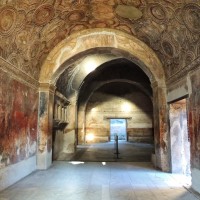 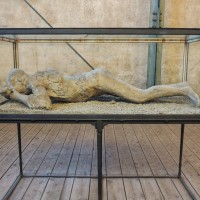 duration 5 hours plus a break

Discover the fascinating lost world of antiquity in two of Italy’s most spectacular archaeological sites. Buried by rivers of choking ash after the devastating eruption of Mount Vesuvius in 79 AD, the ancient cities of Pompeii and Herculaneum were paradoxically preserved by the very forces that heralded their destruction. Wander cobblestoned streets and explore houses and shops, baths, bakeries and more just as they were 2,000 years ago. Let our expert guides bring the ruins spectacularly to life, and learn what life was like in antiquity as you embark on an incredible journey back in time to the heyday of ancient Rome. We’ll take care of private transportation from your hotel in Naples and between the sites too, meaning that you’ll be travelling in comfort!

Relive the drama of Vesuvius’ eruption in 79 AD

The Bay of Naples is one of the most beautiful places in all of Italy. A pristine curve of coastline hemmed in by hills, it is the looming and unmistakeable presence of Mount Vesuvius that lingers longest in the memory – and that provides an eternal reminder of one of the greatest tragedies of antiquity. In 79 A.D., the volcano erupted with an almost unimaginable ferocity.

Lethal clouds of gas and ash spewed forth over 20 miles into the sky, raining down great hunks of molten rock  on the surrounding countryside at breakneck speed. The nearby settlements of Herculaneum and Pompeii never stood a chance, and were buried in an instant by the deadly pyroclastic flows. The ancient author Pliny the Younger witnessed the scene unfold, and his account is chilling to this day:

‘Broad sheets of flame were lighting up many parts of Vesuvius; their light and brightness were the more vivid for the darkness of the night... it was daylight now elsewhere in the world, but there the darkness was darker and thicker than any night.’

But the ancient cities’ loss was histories gain: paradoxically, the very forces that obliterated Pompeii and Herculaneum would also prove to preserve them for future generations. Protected by the layers of ash, the two cities were preserved remarkably intact underground – freed from the ravages of time and the desecration of plunderers.

A bustling town of over 20,000 inhabitants when it was wiped off the map in the blink of an eye, today Pompeii is rightly regarded as one of the world’s most incredible archaeological sites. Give your imagination full rein as you wander along its complex jigsaw of streets, and listen out for the voices of their long-dead inhabitants as you weave your way past aristocratic villas and apartment blocks, fast-food joints, bathhouses, temples, theatres and more.

The archaeological site of Pompeii covers a full 165 acres, however, and to get the most out of your time amongst the mind-blowing ruins you’ll need the help of an expert. That's where we come in: we only work with seasoned local archaeologists who have made the ruins their life’s work. Expert storytellers, their in-depth knowledge will help to bring the doomed city vividly to life.

Gain a unique glimpse into daily life in antiquity

Discover the beating heart of civic life in the ancient world in Pompeii’s spectacular Forum; find out what our ancient forebears got up to for entertainment in the Amphitheatre – the oldest surviving example in the world. Take a jog around the nearby Palestra, or gym, where citizens came to hone their boxing and wrestling, and take a seat at the city’s theatre, where you’ll learn all about the literature of antiquity. And that's not all: we'll be visiting fast food restuarants and bakeries, warehouses and temples, even an ancient brothel complete with x-rated frescoes adorning its walls!

No less interesting are the innumerable domestic buildings that line Pompeii’s flagstoned streets. Spectacular aristocratic dwellings like the House of the Tragic Poet, with its famous Cave Canem mosaic, or the opulently frescoe House of the Vettii provide a fascinating window into the rarefied world of the ancient elites. Learning about the tragic events of the day of the eruption, we'll also have the chance to gaze on the sad sight of the famous plaster casts that captured the citizens of Pompeii in the poses they breathed their last.

Nowhere in the world offers as complete a picture of life in the ancient world than Pompeii. Discover it for yourself!

Pompeii wasn’t the only city to be annihilated that dark day in October 79 AD. The smaller nearby town of Herculaneum, a beach resort for the ancient Roman elites that was according to tradition linked to the great mythological hero Hercules, was also engulfed by the volcano’s ash cloud. Less known than Pompeii but in an amazing state of preservation, the chance to visit Herculaneum alongside its more famous big brother gives a fuller picture of life in antiquity.

Herculaneum is in fact much better preserved than nearby Pompeii – due to the quirks of geography and prevailing winds, the smaller city was engulfed by the pyroclastic flows hurtling down the side of Vesuvius much more quickly than its more important neighbour. A terrifying flow of ash and boiling mud fully 16 metres deep buried the town in an instant, stopping time and saving much more of its urban fabric from the ravages of the centuries.

Unlike in Pompeii, even the upper floors of two-story houses survived the eruption structurally intact – the preserving qualities of the ash did the rest, meaning Herculaneum has come down to us in an almost unbelievable state of preservation. What’s more, Herculaneum remains off most tourists’ radar, meaning you’ll be able to explore the ruins without the crowds.

Discover the spectacular houses of the Roman elite

When archaeologists dug deep into the pyroclastic layers, what they uncovered was remarkable. Herculaneum was a residential hub rather than a commercial city like Pompeii, so it lacks some of the latter’s great public edifices. But it was also wealthier, and its superb dwellings – such as the House of Neptune and Amphitrite with its pristine mosaics, or the Villa of the Papyri – more than make up for it.

Wooden-beamed roofs and doorframes carbonized by the eruption, a host of household objects like pots and pans, knives and jars, even intact beds, paint a rich picture of life in the ancient world. Providing a human face to that distant tragedy, we’ll also see the skeletons of the citizens of Herculaneum trapped on the ancient seashore as they vainly sought to escape the eruption.

Depending on your interests, some of the sites we’ll visit on the tour include the Thermopolium (fast-food restaurant), the Temple of Augustali, the Thermal Baths, the House of Neptune and Amphitrite, the House of the Bel Cortile, and the ancient beach where the remains of Herculaneum’s victims were unearthed. Of course, your guide will customise the itinerary on the day to suit your interests!