Discover the incredible history and beauty of the Italian south 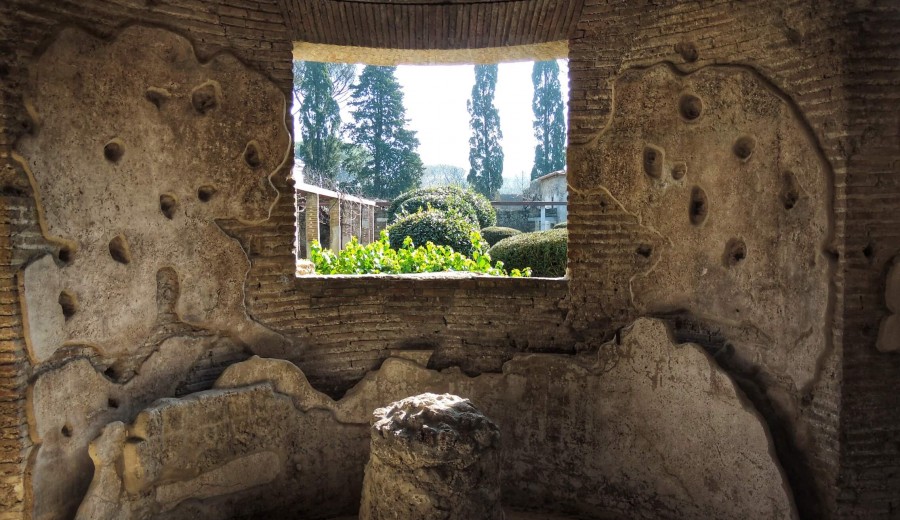 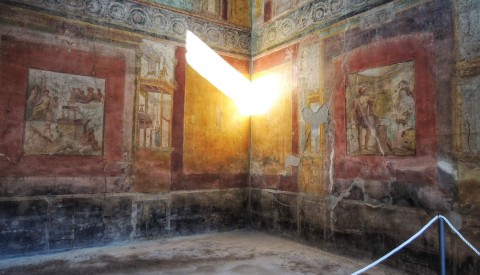 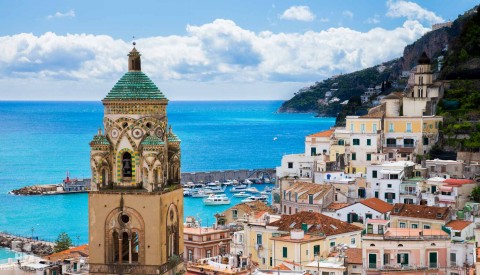 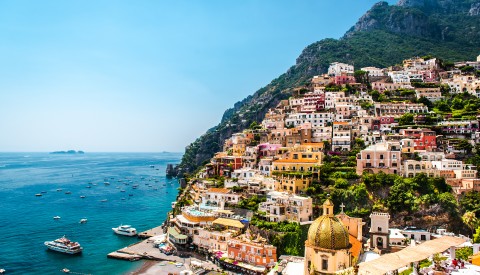 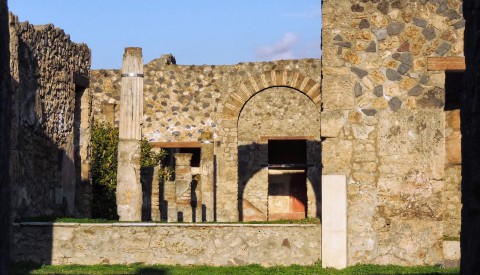 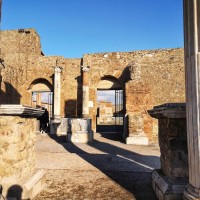 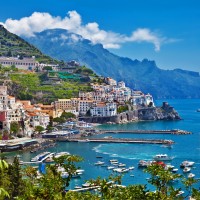 Campania is one of the most beautiful regions of Southern Italy, renowned for its colours, its sea, its landscapes, its history and its food.

On our Private Pompeii and Amalfi Coast Private Tour, you will enjoy in one day the most celebrated treasures that this wonderful region has to offer, comfortably travelling by car.

Your journey will start in one of the most famous archaeological sites in the whole world: Pompeii. Your private local guide will bring back to life the history of this 2000 years old city, found practically intact under a thick blanket of lava. While visiting ancient houses, thermal baths, villas and temples, you will learn about the life and death of its unfortunate inhabitants.

After your in depth Pompeii Tour, your English-speaking driver/guide will take you to the discovery of the beauties of the Almalfi Coast, where you will be spellbound by the magic of Ravello, Amalfi and Positano. Literally clinging to the slopes of the mountains, washed by an amazingly blue sea, these picturesque cities are the gems of the Amalfi Coast.

Since the discovery of Pompeii in 1763, the archaeologists have been able to bring to light incredible treasures, such as entire buildings, roads, paintings, mosaics and statues, alongside with the remains of the thousands of unfortunate people who died in the terrible eruption of Mount Vesuvius in AD 79.

On our tour, you will be able to explore this amazing city and experience, with the help of your private local guide, the Roman way of life.

Before the volcano buried it under 3 meters of lava and ashes, Pompeii was a city full of life. Particularly popular among the noble families of the ancient Rome as a holiday place, Pompeii was a wealthy city, thriving on commerce and famous for its delicious wine and tasty olive oil.

Strolling around the city with your expert guide, you will discover many aspects of the Roman lifestyle: you will see the amazing infrastructures, fruit of the renowned ingenuity of the Romans, the incredibly modern thermal baths, the shops, the villas of the rich as well as the houses of the poor.

You will be visiting ancient houses where you will admire the spectacular paintings commissioned by the owners,  explore the ruins of temples, such as the one dedicated to the Egiptian goddess Isis and finally visit the Forum, heart of the political and administrative activity. You will also explore the buildings where the Romans used to enjoy their free time, such as the famous baths or the restaurants, where people were able to order from a menu painted on the wall.

After your archaeological adventure in Pompeii, the second part of the tour will be dedicated to pure relaxation, as you comfortably drive through the Amalfi Coast. The 50 kilometers of coastline that go from the Gulf of Naples to the Gulf of Sorrento are without a doubt, one of the most beautiful places in Italy, if not in the whole world: sit back and enjoy your ride through spectacular landscapes and breathtaking views on the Mediterranean sea, before exploring, on your own free unguided time,  the three most beautiful towns of the Coast.

Your tour will then proceed to the beautiful town of Ravello, the favorite holiday destination of many artists and writers, such as Richard Wagner, Greta Garbo or Truman Capote.

In this little corner of Paradise, a little miracle takes place every year: the solidified blood of Saint Pantaleon, preserved in the 11th century Duomo, liquefies on the saint’s feast.

Included in the UNESCO World heritage sites since 1997, Amalfi is considered the main town of the Coast that takes its name. Founded by the Romans, Amalfi experienced its golden age in the Middle Ages, particularly in between the 9th and the 11th century: in this period, this little town became an independent and powerful Maritime Republic, rivaling with Pisa, Venice and Genoa over predominance on the Mediterranean Sea. The naval power of Amalfi is still celebrated in June with a traditional Regatta in historical costume.

The town, inhabited nowadays by 5000 people, sits at the foot of Monte Cerreto, clinging to breathtaking cliffs washed by the sea.

Famous for the production of Limoncello, as you can tell from the delightful smell of lemon that permeates the city, Amalfi has also incredible art treasures in store for its visitors, such as the Cathedral of Saint Andrew dating back to the 11th century. The cathedral, that you will be able to visit at your own accord, is decorated with a stunning golden ceiling and houses the relics of the apostle. If you wish, you will also be able to visit the beautiful Cloister of Paradise, designed in 1266.

Possibly named after the sea god Poseidon, Positano has always been considered an exclusive holiday place, since the times of the Romans, who appreciated, just like we do nowadays, the beauty of its landscapes, sea and the mild climate. As American author John Steinbeck beautifully puts it, “Positano is a dream place that isn’t quite real when you are there and becomes beckoningly real after you have gone”.

Positano offers also unique monuments, such as the famous church of Santa Maria Assunta, from the 12th century: surprisingly, the dome of this church is entirely decorated with majolica tiles, a specialty of this town.

Join us on our tour to discover Art, History, Archaeology and the spectacular nature of the South.

You will meet your driver in Naples at your accommodation, cruise port, or train station

Thank you, Monica for our tour of Pompeii. Amazing place to visit! Amalfi Coast is simply beautiful. Our driver was wonderful navigating those roads!

Our driver, Massimo, was great (our Italian is not so good, but his English was excellent!) and our tour guide at Pompeii was excellent! We had booked private tours with Through Eternity several years ago and our experience was so outstanding that we used them again. Through Eternity doesn't disappoint - the guides are personable and knowledgeable, and we really appreciated Raffaella's sense of humor - she made the day a lot of fun!