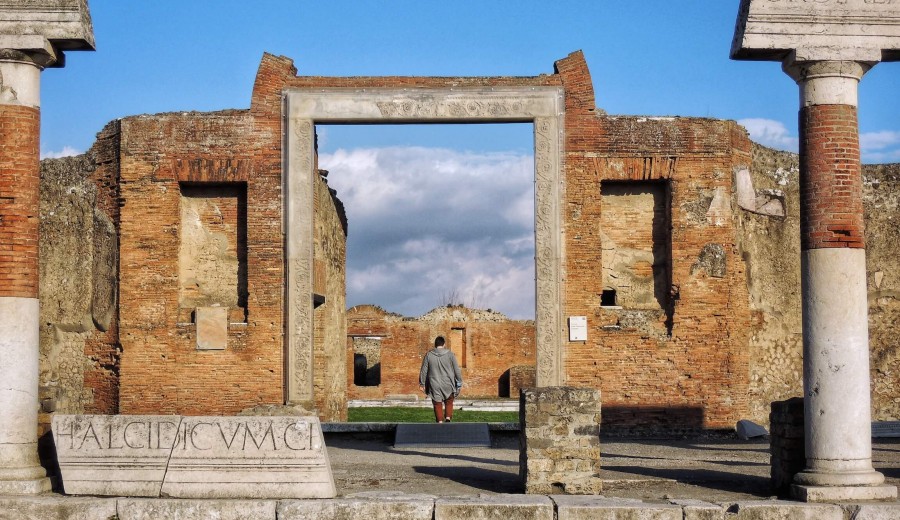 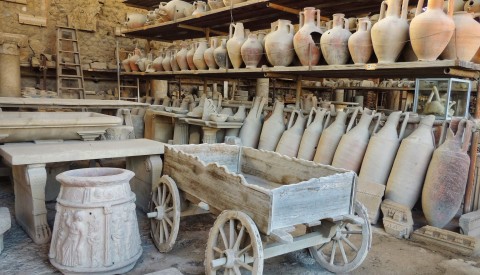 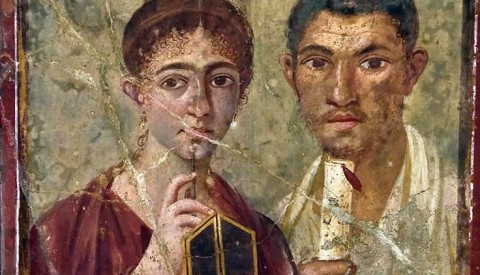 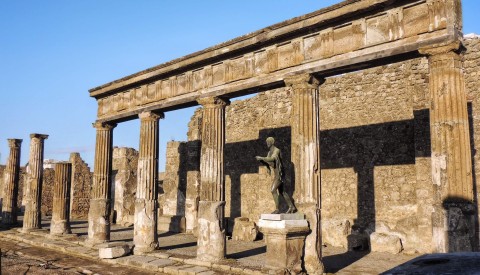 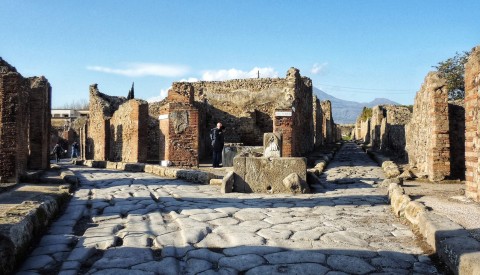 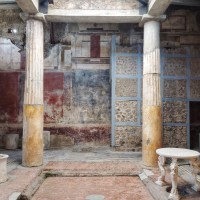 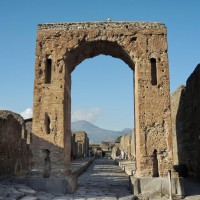 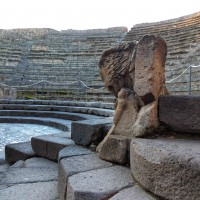 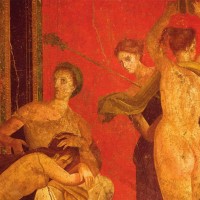 Get the complete Pompeii experience on our in-depth tour, exploring both the ruins of the buried city and the jaw-dropping ancient artworks now held in Naples’ Archaeological Museum. Our day-long excursion includes private round-trip transportation between Naples and Pompeii, meaning you’ll get to spend the maximum time possible discovering these wonderful sites in the company of one of our experts. Explore the rich tapestry of ancient life in Pompeii's incredible ruins, visiting elegant aristocratic villas and spectacular temples, bakeries and restaurants, bath-houses, theatres, and even the city’s brothel – complete with X-rated frescoes. Then visit the wonderful Naples Archaeological Museum, whose collection of ancient Roman art is one of the world’s finest - including many of the most precious artworks unearthed beneath Pompeii’s preserving ash. Join us on this once-in-a-lifetime experience and walk straight into the fascinating pages of antiquity – you’ll never look at history the same way again!

This tour unfolds in two parts: the first takes place at Pompeii where we will fully explore the excavated city in its entirety and, almost like phantoms we will sneak in and observe the lives of the inhabitants in the days just before the catastrophe. The second part of the tour will take place in the galleries of the Archeological Museum of Naples. The frescoes, statues, handcrafts, and jewels that had remained for centuries under the lava and then brought to light during the excavations were slowly collected and brought together to form the nucleus of the Musuem's collections.

Our guided visit of Pompeii will bring the city back to life for you. We will describe the culture of the time and such things as the role of the family, the relationship between generations, the condition of women, marriage, the role of slaves, the politics and government of the city, the methods of electoral propaganda, even the clothing of the different social classes. We will tell you about trade and commerce, the production of bread, cloth dyeing, and the precious oil produced in Pompeii. We will see various temples and have a glimpse into religious life, its traditions, beliefs, superstitions, and funeral rites. We will see the typology of the Roman houses, its various rooms and their uses, the systems for heating them. The decoration of the houses will teach us about the evolution of different fresco styles and the use of mosaics. We will encounter other aspects of daily life such as dining habits, the foods that were eaten, the famous garum sauce; we will see gardens and acquaducts; we will show you how the lighting systems and the latrines functioned in both public and private spaces. Our skilled guide will explain you the public entertainment and recount the fights that broke out between rival fans of opposing gladiator teams. You will discover the traces of life in the thermal baths, the taverns and the gambling, the brothels where both men and women prostitutes worked.

You will also see and appreciate the relevance of the Forum, the Basilica of Pompeii, the best preserved houses, the baths, the shops and the impressive temples. Both the political sights and the privates ones will be enhanced by the stories and the secrets that our guide will share with you, to offer you a complete understanding of the daily life and social organitation of the time. You will be surprised of how much your experience will be fun and culturally enriching.

The origins of the Archeological Museum of Naples are very old, beginning in 1738 when Charles III of Spain, the founder of the new Kingdom of Naples, initiated a series of excavations in the area of Herculaneum. Thanks to the huge quantity of finds, the excavations were extended to Pompeii in 1748 and to Stabiae in 1749 where still today they continue to excavate to bring pieces of buried history back to life. But since Charles III was the son of Elisabetta Farnese, descendent of the powerful family of the Farnese, he was the legitimate heir of their vast Roman collection of antiquities, subsequently transferred to the Museum of Naples. The collections that the museum houses today are truly extraordinary and to prove it we need only recall that just a small part of these collections in 1750 were in the royal villa of Portici-Herculaneum that had already made Naples an obligatory destination on the Grand Tour—the lengthy and culturally sophisticated tour of the birthplaces of classical art and literature taken by young European aristocrats to complete their education.

Then there is the Farnese collection with works of tremendous value: The Farnese Hercules, powerful with massive musculature, at rest after his mythical labors, represents a Roman III century AD variation of the figure. His pensive attitude and posture are very distinct from the heroic and triumphant Greek model in bronze by Lysippos from the IV century BC. A tumultuous work by contrast, is the Farnese Bull, the sculptural group that portrays the painful torture of Dirce who is bound to the legs of an enraged bull in punishment for her sins. The pyramidal organization of the group with the head of the bull raised in a gesture of immanent fury and the accentuation of the emotions of the characters makes for a unique work whose dramatic force is rivalled only by the Laocoon in the Vatican Museums

We will also show you a dozen perfectly preserved mosaics with refined and cultivated subjects as well as with quotidian and comic subjects. They were removed from walls or floors, hidden under the lava that had preserved them for centuries. They have no equivalent in any other museum in the world. Mosaics such as the Battle of Alexander the Great, the Traveling Musicians, and the Academy of Plato are surprising to say the least, and we will engage with the stories they recount, the places where they were found, and the political and social significance they had in the context of Roman culture.

We will conclude with the Secret Cabinet, which contains all the objects with erotic subject matter, often decisively unhindered with explicit representations of truly acrobatic love. These too were found at Pompeii. Unfortunately at the time of their discovery, Bourbon Naples of the mid-1700s was conventional and retrograde and the images were considered offensive and scandalous and thus gathered in a separate collection, reserved for the few scholars who managed to see them only with official permission from the authorities. Fortunately today we can visit freely and be surprised by the audacity that our predecessors knew how to show, even in this area.

Had perfect sunny weather visiting Pompeii. The tour guide was very knowledgeable and detailed when explaining the features of the city as well as the artifacts in the museum. They also recommended a great pizza place in between Pompeii and the museum.

Our tour with Francesca was great. She was so knowledgeable.