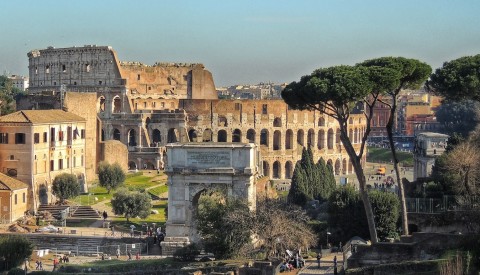 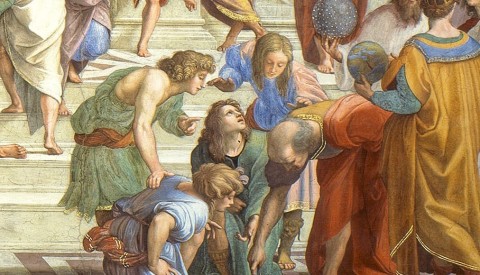 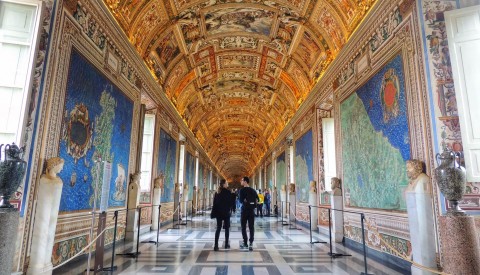 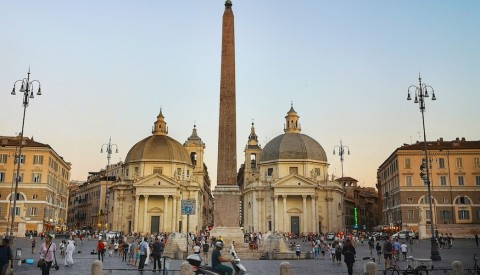 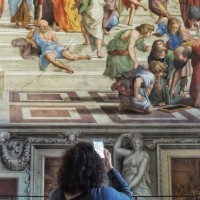 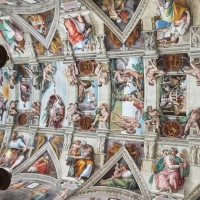 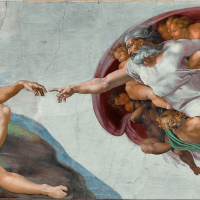 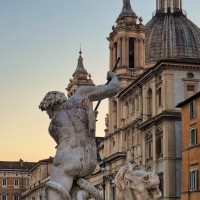 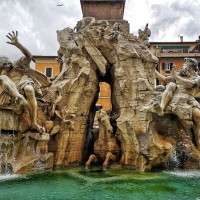 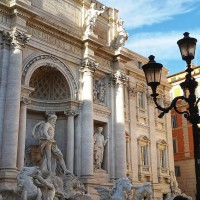 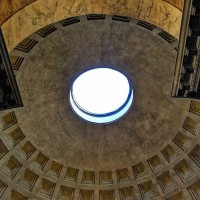 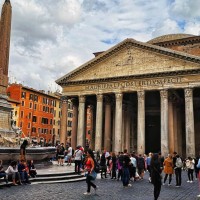 duration 7 hours plus a break

Rome might not have been built in a day, but with our Rome in a Day tour you can make the most of your time in the Eternal City even if you only have a few hours to see it all! Our comprehensive private itinerary is specially designed for travellers on a tight schedule, allowing you to see all the highlights in double-quick time: admire the epic grandeur of the Colosseum and follow in the footsteps of Julius Caesar in the Roman Forum; enjoy skip-the-lines access to the Vatican Museums and gaze up at Michelangelo’s masterpieces of Renaissance art in the Sistine Chapel and vast St. Peter’s basilica. Finish your day in the atmospheric piazzas of Rome’s historical center, admiring awe-inspiring monuments like the Trevi fountain, Piazza Navona, the Pantheon and Spanish Steps along the way. Join us on this whirlwind journey through more than 2,000 years of history, and experience all the magic that Rome has to offer.

Experience Rome on a Day Tour with a personal guide

You could easily spend a lifetime exploring Rome, but at Through Eternity Tours we know that time is precious. That's why we came up with our specially optimized Rome in a Day itinerary, allowing you to discover the highlights of the Eternal City in a single day. Embark on a journey through over 2,000 years of history and explore iconic sights such as the Colosseum, the Roman Forum, the Sistine Chapel and St Peter’s Basilica. Learn about the mythical foundation of Rome, the rise and fall of the Roman Empire and the emergence of the Renaissance in the company of our expert guide in the very spaces where history was made.

Walk in the footsteps of the gladiators on your Colosseum tour

Your voyage begins at the Colosseum, the most magnificent monument in Rome. The bloody spectacles of the Colosseum are legendary, as slaves, gladiators and wild animals were killed on a scale that had never been seen before for the entertainment of the Roman populace. Be amazed by stories of violent gladiatorial combat and awe-inspiring naval battles staged in the arena, and learn about what went on behind the scenes. Your personal guide will help you to separate fact from fiction as you walk through the Colosseum, allowing you to discover what it was like to be a gladiator and the ingenious engineering beneath the arena floor that made the games possible. Looking up at the Colosseum from the inside is an unforgettable experience, as the sheer size of the amphitheatre never fails to astound. On our private Rome day tour you'll be able to fully appreciate the  immense architectural achievement of the Colosseum - an iconic monument that has endured for 2,000 years.

Explore the impressive temples and courthouses of the Roman Forum

On your Roman Forum tour you will see another side of Roman history, learning about religious rituals and political power struggles in the buildings where they happened. The mysteries of Roman religion will be revealed when you visit iconic temples such as the Temple of Saturn, or walk through the gardens of the House of the Vestal Virgins, while a tour of the famous courthouses is an opportunity to find out more about the great debates and speeches of Ancient Rome.

The Roman Forum is a microcosm of Roman society. A walk across the cobblestones of the Via Sacra, where you can still see the wheel-ruts of ancient carts, takes you to the Arch of Titus, which was built to commemorate the emperor’s military victories. Ordinary Romans went about their daily business in these streets, but as the political centre of Ancient Rome, it was also the scene of triumphal processions and high profile events such as the funeral of Caesar or the decapitation of Cicero. A walk through the Roman Forum offers a fascinating insight into the daily life of the city, covering all levels of Roman society, and bringing you closer to the people of the past.

Discover the highlights of the Vatican Vatican Museums, with Sistine Chapel and St Peter’s Basilica

You haven’t truly seen Rome until you’ve visited the Vatican, the Catholic capital and the location of one of the greatest collections of art in the world. Your day in Rome continues with a visit to the Vatican Museums, where masterpieces include the moving Laocoon - perhaps the most important and influential classical statue of all time. On our Rome in a Day Tour you’ll gain a deeper appreciation and understanding of Michelangelo’s breathtaking frescoes of the Sistine Chapel. The Last Judgement was initially one of Michelangelo’s most controversial works, but it has since been considered one of the greatest works of art of all time.

The splendour and grandeur of St. Peter’s Basilica is there for all to see, but a tour of the basilica gives you a more in-depth understanding of this awe-inspiring building. As well as showing you the highlights of the basilica, such as the poignant beauty of Michelangelo’s Pietà, your guide will tell you stories of the popes, artists and architects who transformed the Vatican over the centuries.

The Basilica of St. Peter's may be subject to unscheduled closings and late openings for religious ceremonies. Because these are often last-minute for security reasons, we may not have time to notify our guests but instead the full tour will be spent exploring other parts of the Vatican Museums and Sistine Chapel. We do not provide refunds for unexpected closures of St. Peter's - your guide will still give you a introduction to the Basilica should you wish to return in your own time during your stay in Rome.

Stroll through the streets of Rome’s historic centre

The beauty and history of Rome are best appreciated in its streets, as you wander through the charming back streets and elegant piazzas of the city centre. At the end of your relaxed day in Rome, you will stroll through the oldest and most characteristic neighbourhoods, where artistic treasures and captivating stories of the past can be found on every street. The Baroque splendour of the Trevi Fountain has to be seen to be believed, while the Pantheon is another highlight, due to its architectural beauty, atmosphere, and history of transformation and survival against the odds.

As the sun sets in the enchanting Piazza Navona, gaze into the waters of Bernini’s Four Rivers Fountain and savour the atmosphere of the Eternal City at twilight. You will end your tour with a completely new perspective of Rome and its history, having heard stories of emperors, popes and artists in the places where they lived and worked, transforming Rome over the centuries.

This is not the Rome of the history books, but Rome as it lives and has lived over the passing millennia. Book your unforgettable experience of the Eternal City today!

We enjoyed a full day tour private with John last week. John is amazing! He is very knowledgeable, patient and thorough. We learned so much about historical Rome and it's amazing architecture. It was an exhilarating day - an unforgettable experience. Thank you, John, and for the unparalleled communication and service from Eternity Tours.

We absolutely loved our tour with Gracelyn. The knowledge she has and was able to share with us was just out of this world. There was never a question we had that she didn't give a complete answer to. We got to see a lot of Rome while still going at a good pace because my mom is in a boot. If you want to see Rome and are looking for a spectacular guide ask for Gracelyn... you will not be disappointed. Gracelyn was also able to take us into the less touristy areas so we were able to see how real Romans lived. We were very happy with everything and we will definitely be booking another tour with Gracelyn to see more things in Rome.