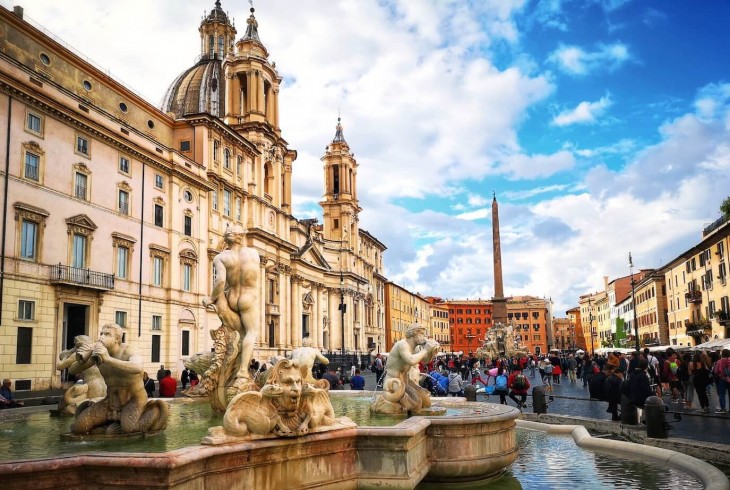 Many eras have left their mark on the landscape of Rome, but perhaps none have impacted the city as significantly as the 17th century. During this period a series of great artistic masters gave expression to a very particular spirit, a spirit that survives in Rome to this day. A heady mix of religious fervour, drama and emotion, they have cast upon Rome an atmosphere that is entirely unique.

As you make your way through the cobbled streets and magnificent piazzas of the Eternal City, the artistic legacy of three of the Baroque era’s finest and most influential figures shine forth with dazzling beauty from every street corner - the darkly troubled geniuses of Michelangelo de Merisi (known to history as Caravaggio) and Francesco Borromini, as well as the worldly, wildly successful Gianlorenzo Bernini. Each made their own highly individual contribution to the spectacular and contradictory world of Counter-Reformation Rome 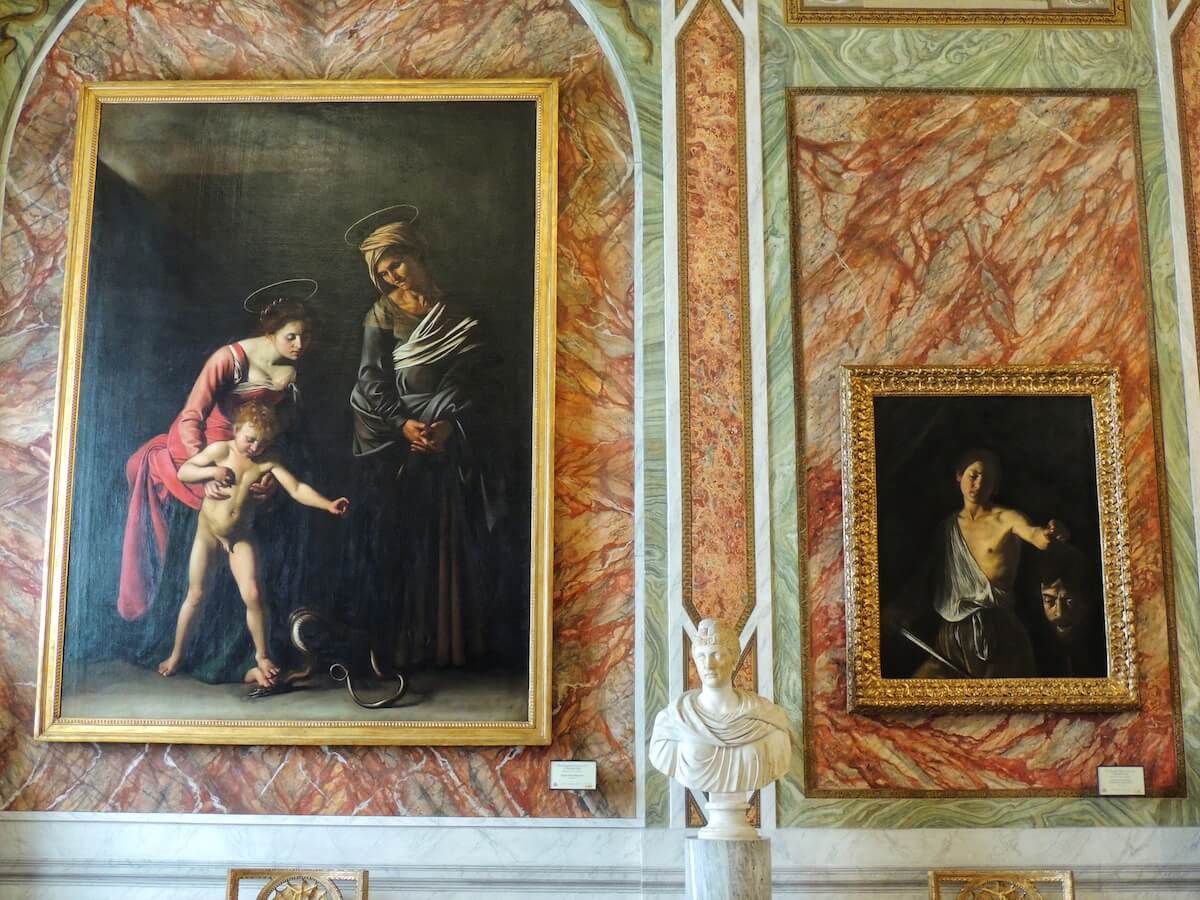 We begin in the dying years of the 16th century. The Rome in which the young, unheralded painter Caravaggio found himself was in the grip of a profoundly changing social climate. The seismic repercussions of the religious Reformation that had been sweeping Europe for the previous half century were still being felt here at the centre of the Catholic world, and a new sense of religious conservatism was in the air. Unsurprisingly, the unruly young artist frequently found himself at odds with the wishes of his conservative patrons, and many of his masterpieces were rejected by the churches that commissioned them. 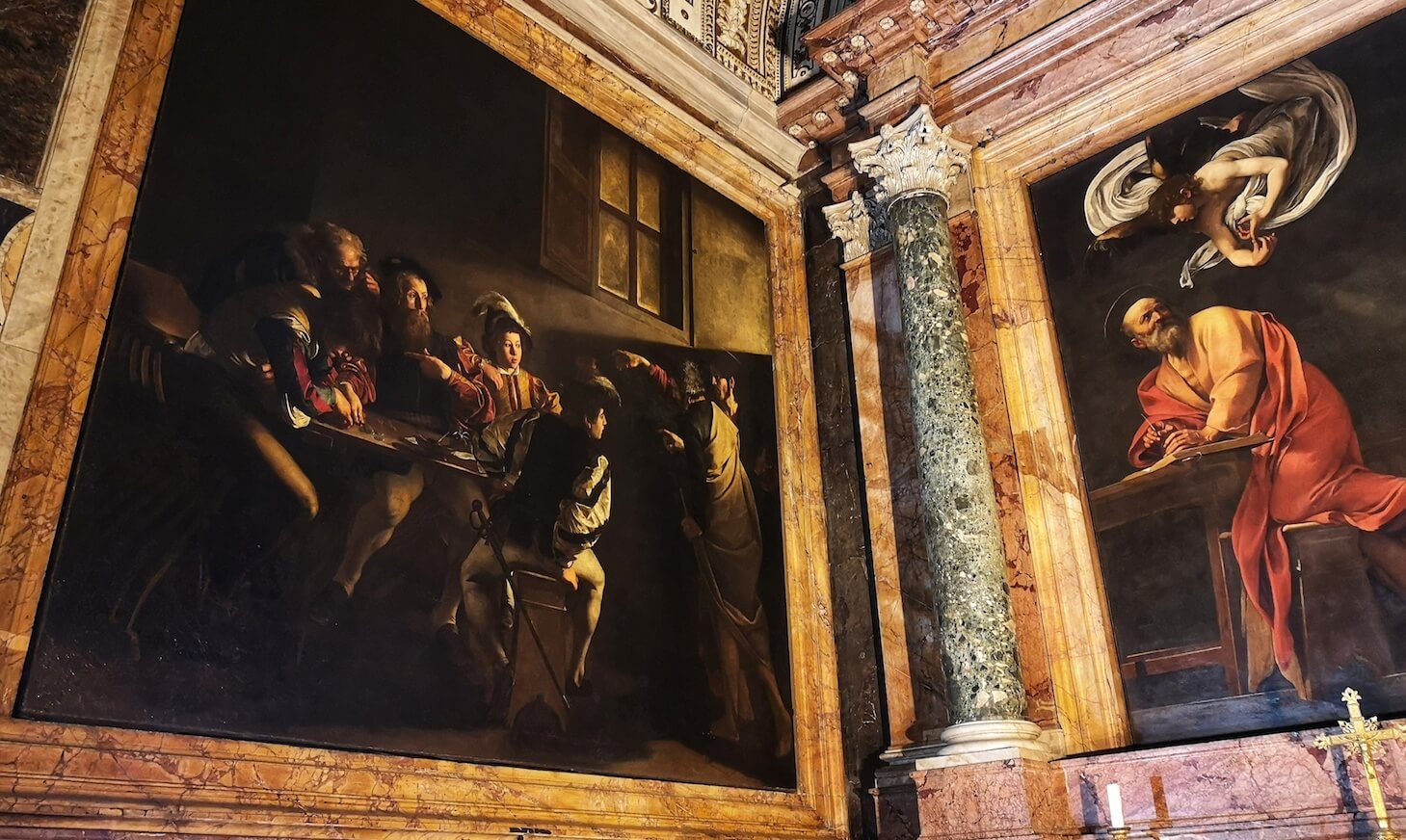 Nonetheless, Caravaggio's revolutionary and dramatic minimalism was recognised by many as possessing a unique spiritual power that accorded perfectly with the ideals of the age. Many of the works that he painted to adorn the walls of the city's churches remain unmoved to this day, and in works such as the Calling of Matthew and The Martyrdom of St. Peter we can uncover the fascinating tension between spiritual sensibility and crude naturalism that simultaneously enchanted and infuriated his contemporaries.

In the colours and forms of his paintings we can also divine the great artist's troubled and dramatic life-story, which saw him murder over a disputed bet, suffer exile, become a Knight of Malta and subsequently survive assassination attempts from that same order, and finally die at the tragically young age of 38 in mysterious circumstances on the beach of Porto Ercole in Tuscany as he made his way towards Rome, papal pardon in hand. 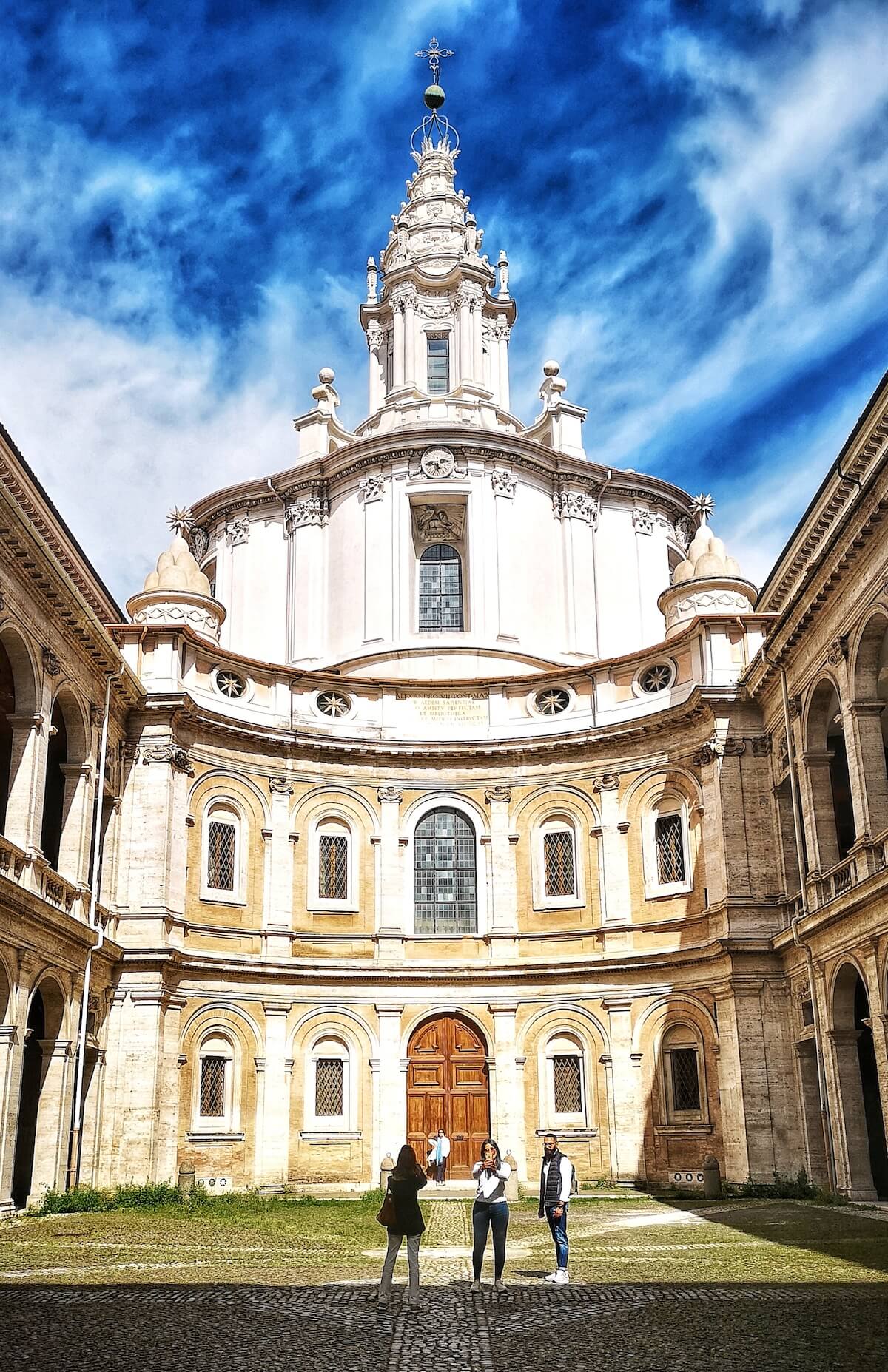 It is 30 years later and we find the age of the Roman baroque in full swing. The Catholic church had gone on the offensive and decided to wow the world with the prodigious feats of art and engineering that it could commission in celebration of the faith, and so the Eternal City had become a hotbed of artistic activity. Standing head and shoulders above the rest of the field were the incomparable duo of Bernini and Borromini, and their great rivalry did much to shape the course of the city's history. Borromini, like Caravaggio before him, was the great troubled genius of his age. 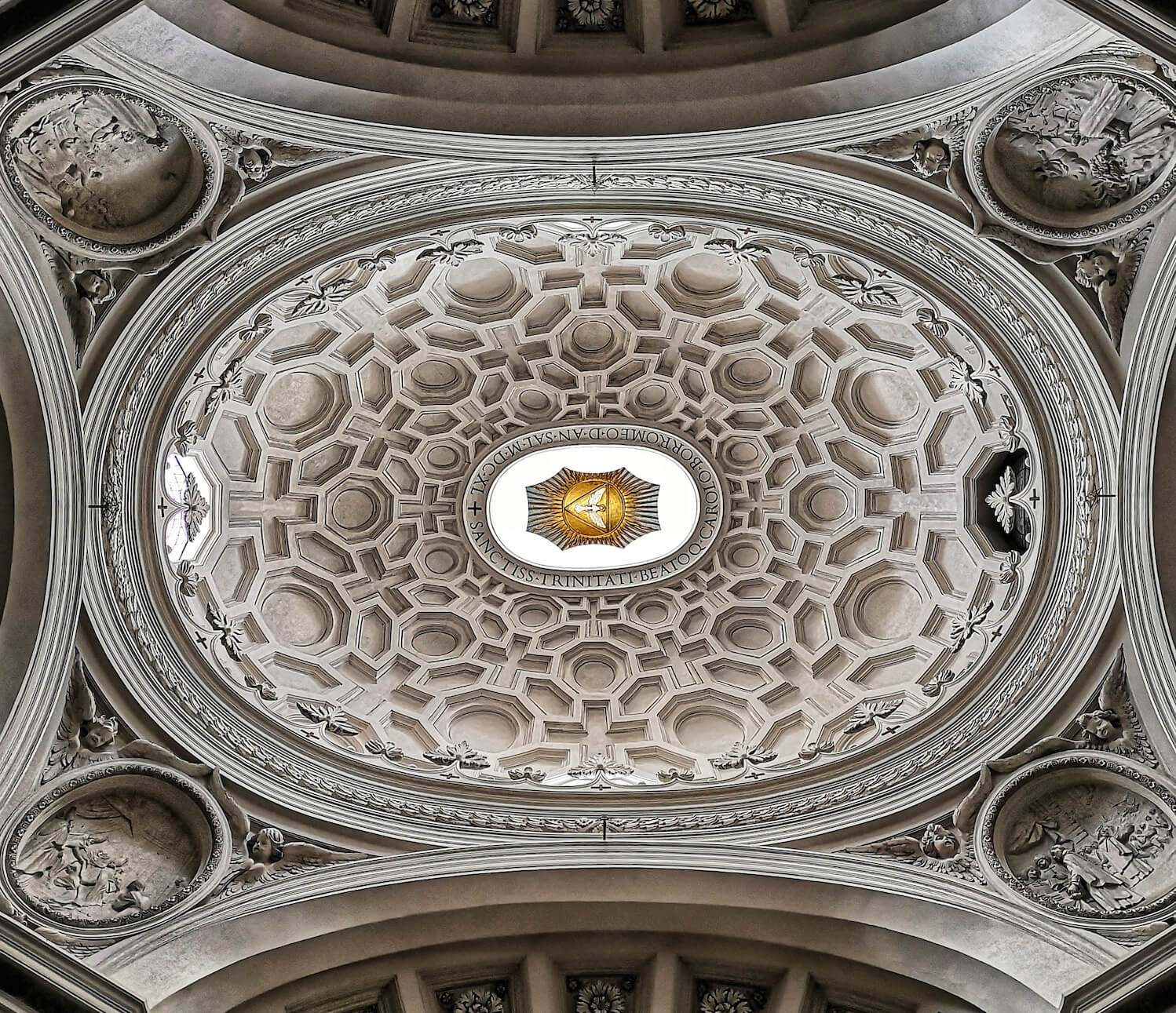 Gifted with a remarkably creative mind, he forever changed the course of Western architecture with his unique conception of space and the built environment, and even into the 21st century modern architects are still absorbing his ideas and innovations. But Borromini was also a manic depressive, and would ultimately commit suicide a broken man at age 65. In the dizzyingly complex shapes and structures of churches like San Carlo alle Quattro Fontane and Sant'Ivo alla Sapienza it is difficult not to see a reflection of his turbulent mental state, and we seem compelled to ask ourselves to what extent art and architecture can be seen as outward manifestations of an artist's inner nature. 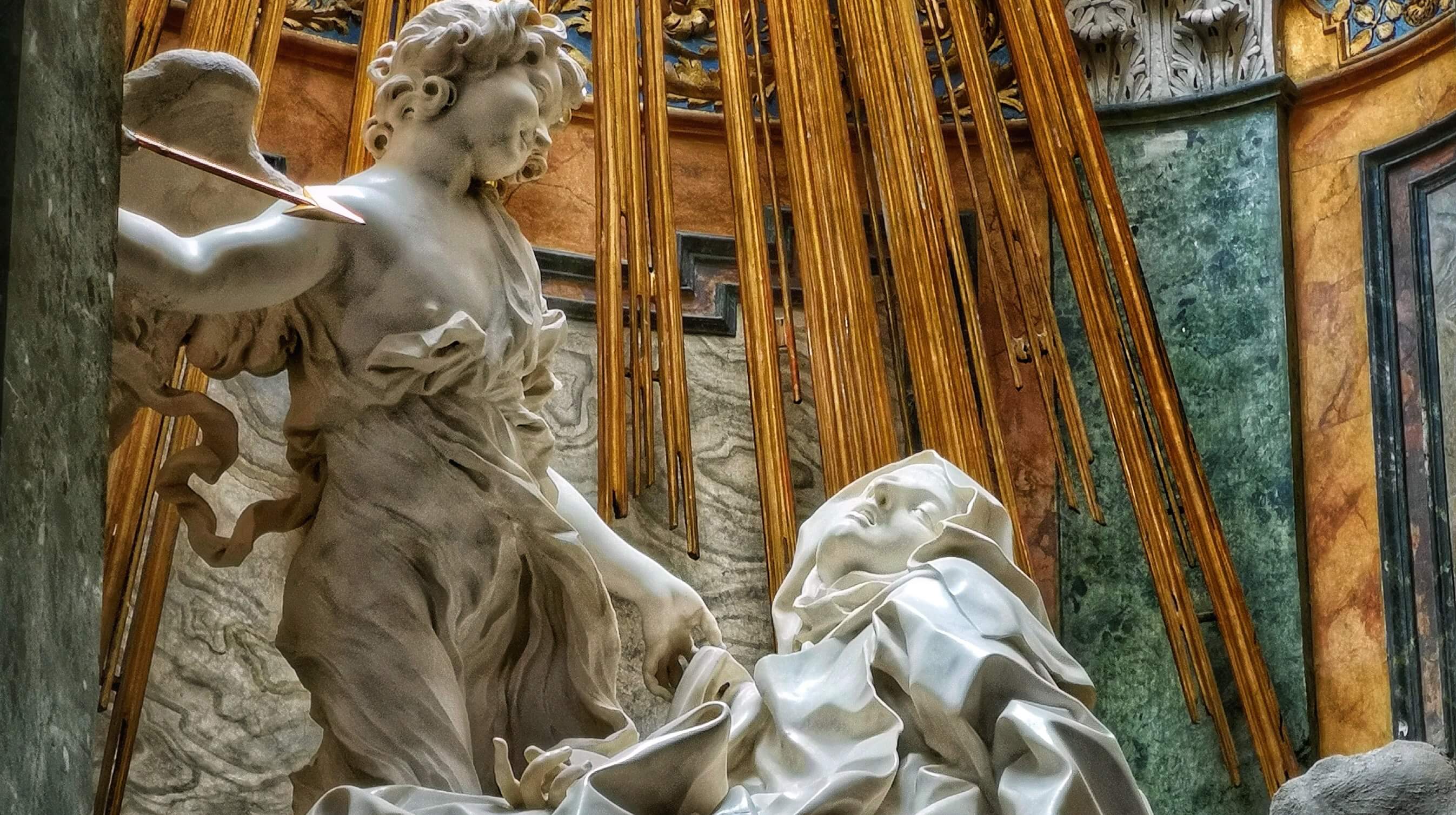 The third of our great geniuses of the Roman baroque did not share the tortured temperament of his illustrious near-contemporaries, and enjoyed far more success than they in his own lifetime.  At ease with the courtly lifestyle necessary to become a successful artist, Gianlorenzo Bernini was at home with popes and patricians, easily able to charm the patrons of high society on whom he relied for work. It is to Bernini that we owe some of the city's most imposing and enduring monuments – from the extraordinarily opulent interior of Sant'Andrea al Quirinale to the marvellous, sensual celebration of baroque spirituality that is his iconic sculpture of Saint Teresa. 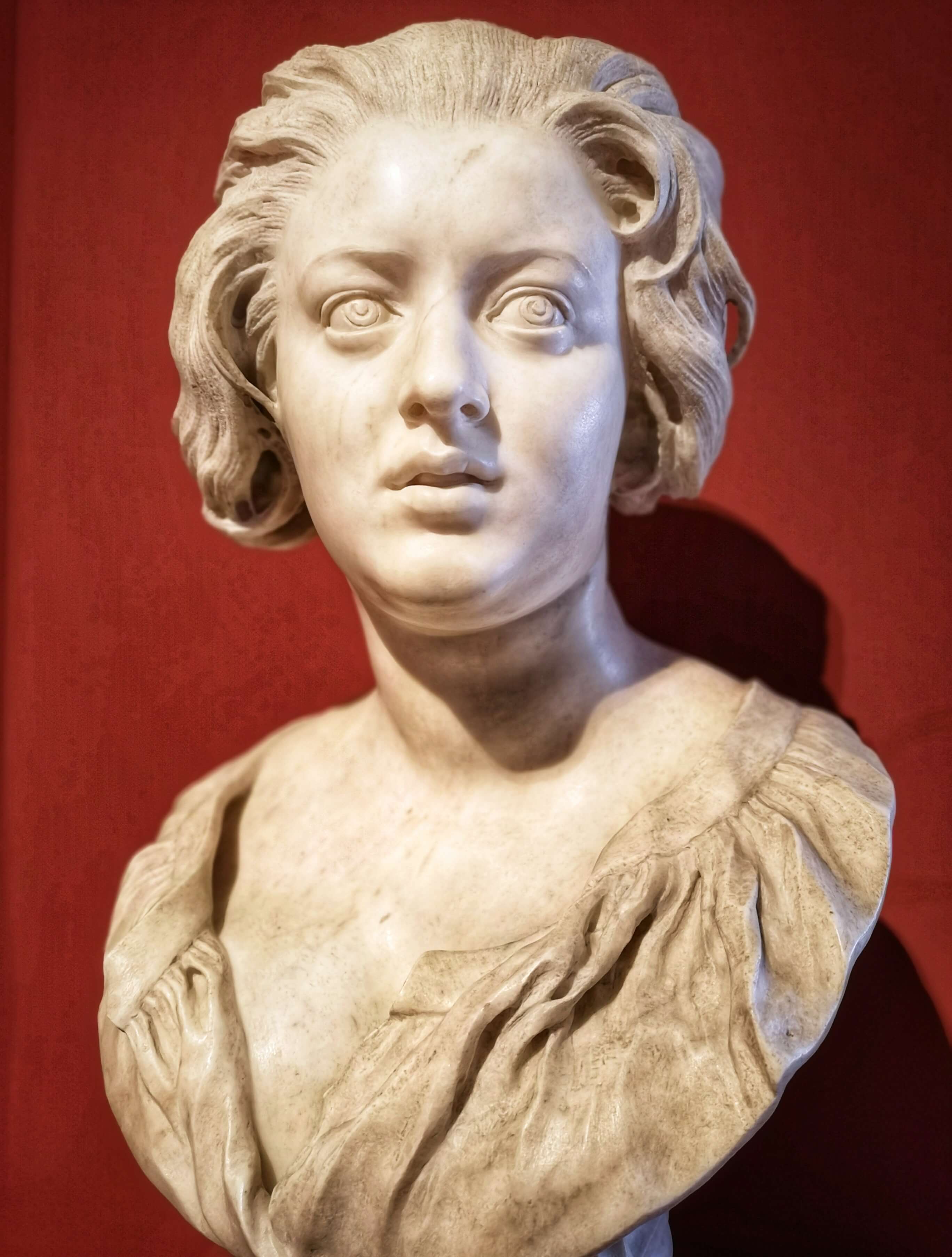 But neither was Bernini all sweetness and light. A man of tempestuous passions and prone to violent rages, Bernini's torrid love affair with the married Costanza Bonarelli is the stuff of legend, a tale of passion, sex - and violence. When Gianlorenzo discovered that his mistress was also involved with his own brother Luigi, he lost his head completely. Bernini threatened to kill his brother, breaking two of his ribs with an iron bar before Luigi managed to escape and skip town.

What was worse, the jealous sculptor sent an accomplice to exact violent revenge on Costanza, who suffered a slashed face as a result. Despite his heinous misdeeds, Bernini's services were too valuable to lose. The pope forgave him on condition he marry and keep his head down, but the tempestuous portrait of Costanza is a permanent reminder that like those two other great geniuses of the Italian Baroque, Bernini too had his dark side. 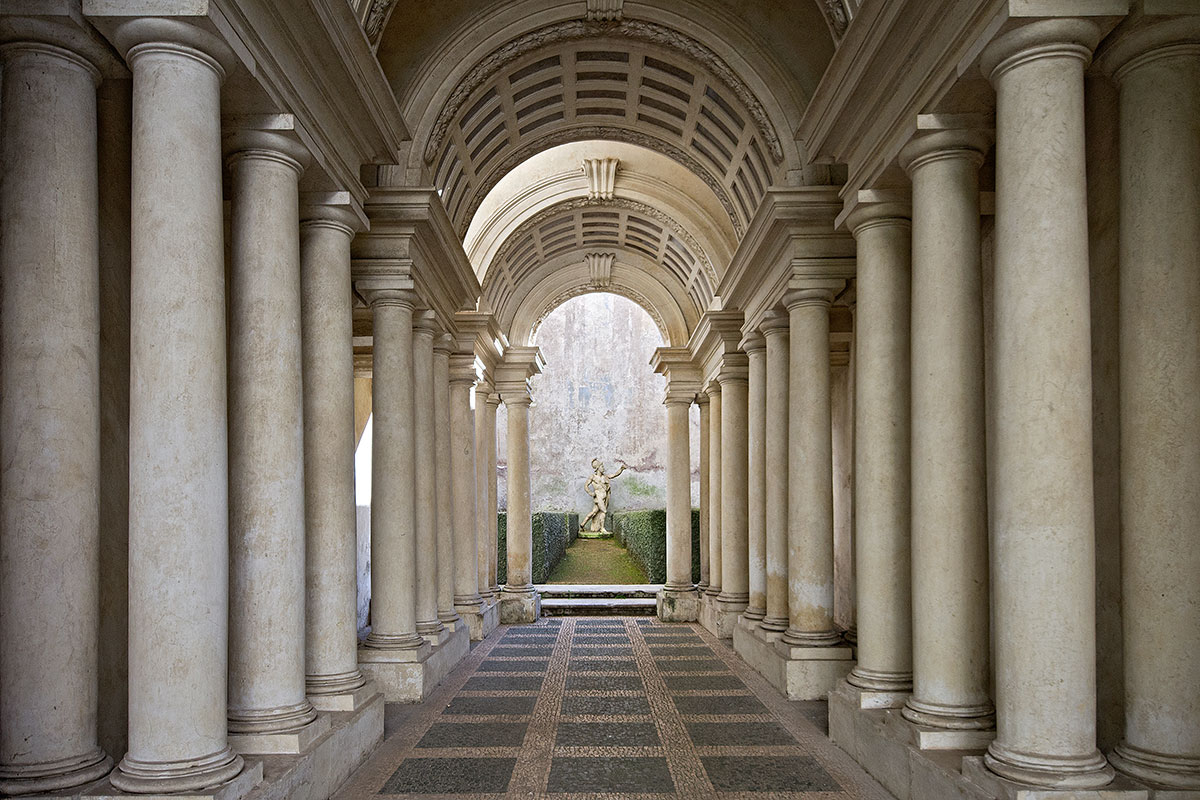 These three fascinating and unruly artists have cast long and enduring shadows over the city of Rome. In their art and buildings they forged a mode of expression that has become synonymous with the city itself, and any visit to the city will be immeasurably enhanced by making their acquaintance. When planning your next trip to Rome be sure to get in touch with Through Eternity Tours to join us on a spectacular journey into the heart of Baroque Rome, a Rome which endures today, 400 years after being conjured into being by some of history's most brilliant and creative imaginations.