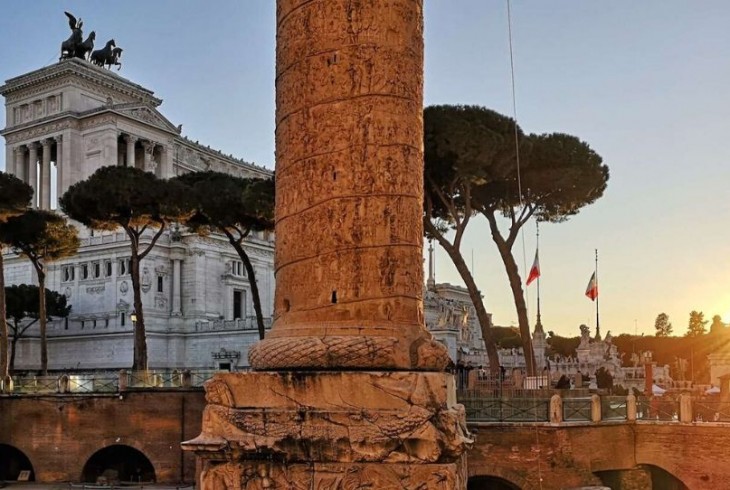 One of the most mysterious and fascinating buildings of ancient Rome, the so-called Trajan's Market is certainly the most illustrious example of administrative efficiency - combined with the usual grandiose architecture - in the history of the imperial city.

During the Imperial period, which lasted roughly 500 years, Roman society went through dramatic changes that affected every aspect of the everyday life - from religious beliefs to politics and the economy.

In these centuries the destiny of Rome was all in the hands of one person, who was considered almost a god: the emperor. 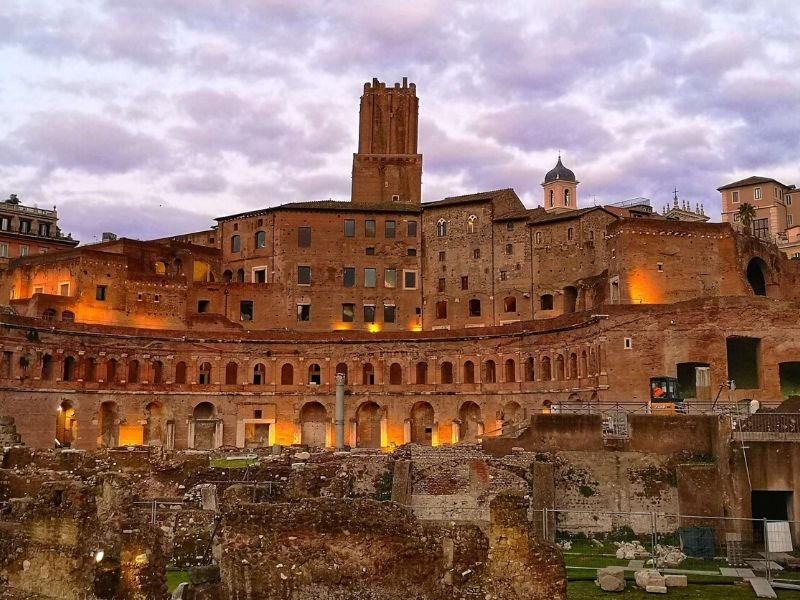 If some emperors - ironically the most famous ones -  such as Caligula, Nero or Commodus, only spent their time (and the public money) persecuting their enemies, building and embellishing their own private gigantic villas (like Nero's Golden House) or paying for public amusement in the attempt of keeping the people fed and distracted, others were much more "enlightened" and took good care of the city and the empire, by undertaking great renovation works, building infrastructures and facilities for the people: one of these "good emperors" was Trajan. Originally from Spain, Trajan holds a very special record: it is in fact during his reign (98 - 117 AD) that the empire reached its largest size, stretching from Afghanistan to Portugal and from Northern Africa to England. 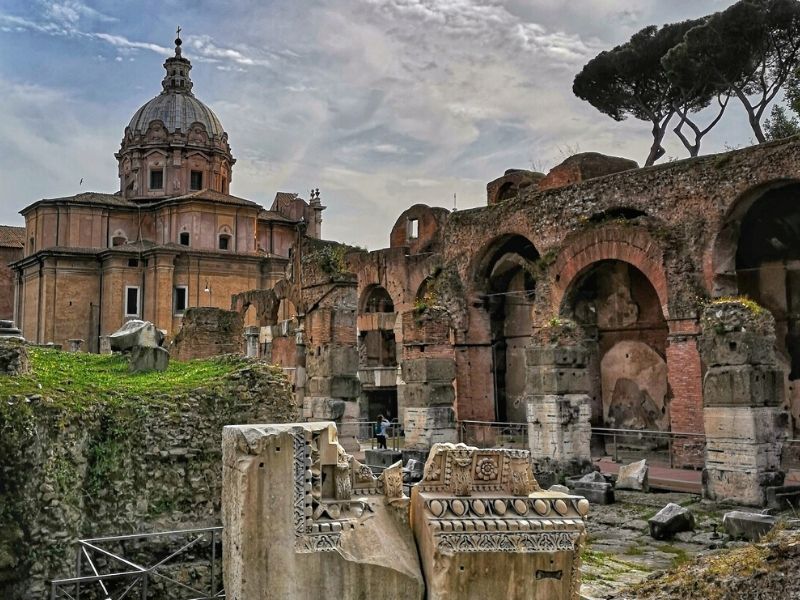 Nowadays Trajan's Market is the only section of the Imperial Forums, the monumental squares built by the emperors in the very heart of the city, to be open to visitors. Consisting of six levels, the building revolves around a spectacular Great Hall, which is believed to be the main office for the administration. The Hall also offers an unforgettable view of Trajan's Forum from above, while in the lower levels you can still walk on the ancient roman road, the Via Biberatica, which runs along the shops of the ancient mall.

With its remarkable size and its complex architecture, Trajan's Market is certainly impressive but also quite mysterious: in fact, still nowadays it's not yet clear which emperor actually started the construction and what was the exact purpose it served. 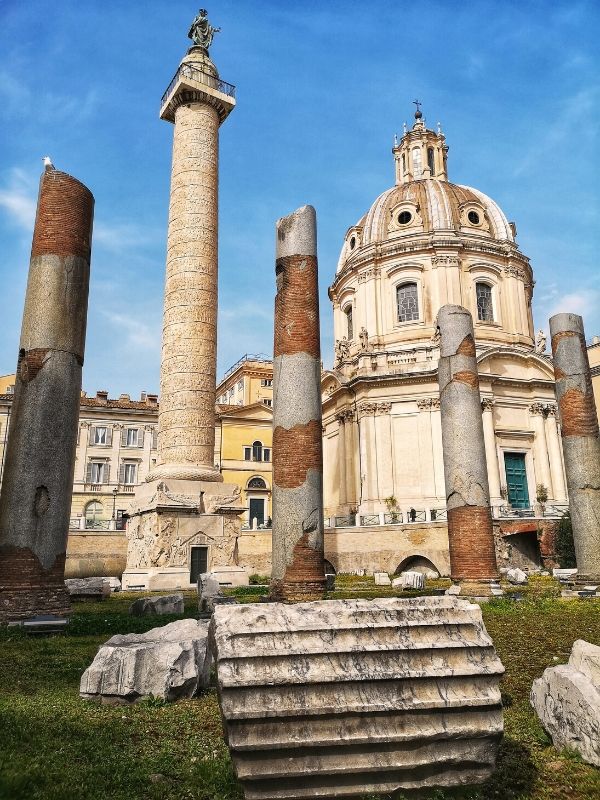 In the past it was believed to be an enormous mall built by emperor Trajan in connection with the structures of his forum, but thanks to the discovery of many bricks still bearing the seal with the name of a different emperor, it turned out that the construction might have been started even before, possibly at the time of emperor Domitian (81-96 AD) and then completed by Trajan around the year 115 AD.

The project of this enormous building, for the construction of which it was necessary to destroy part of a hill, is traditionally attributed to the syrian architect Apollodorus of Damascus: he was Trajan's favorite architect, but he was unfortunately killed by order of the next emperor, Hadrian, because he dared to question the emperor's taste in architecture.

But what was Trajan's Market really? 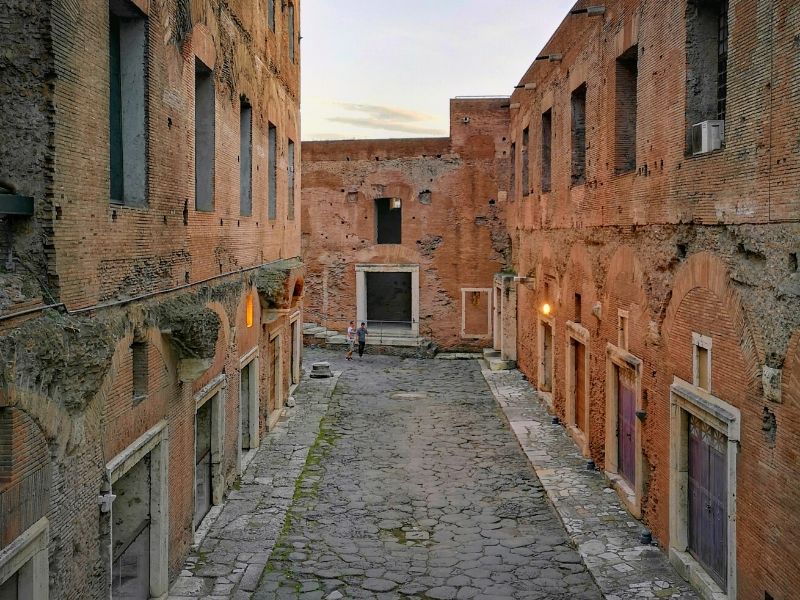 Thanks to recent investigations, it turned out to be even more than "just" History's first mall: the archaeologists believe it to be a multifunctional government building. Apparently, it served many purposes, such as the administration of the city and also possibly as court house, but also housed some important public archives and a market.

The building, which was possibly related also to the business of Trajan's harbor in Fiumicino, had a long story that continues well after the fall of the Roman Empire in 476 AD.

During the Middle Ages, many families of the aristocracy alternatively took possession of the building and turned it into an actual castle: you can still admire the beautiful tower from the 1300s, built by the Conti family. The "castle" was even owned by Pope Bonifacius VIII who later sold it to the Holy Roman Emperor Henry VII. In 1574 the building was turned into a monastery and it was used as such until 1885, when the excavation of Trajan's Forum started. 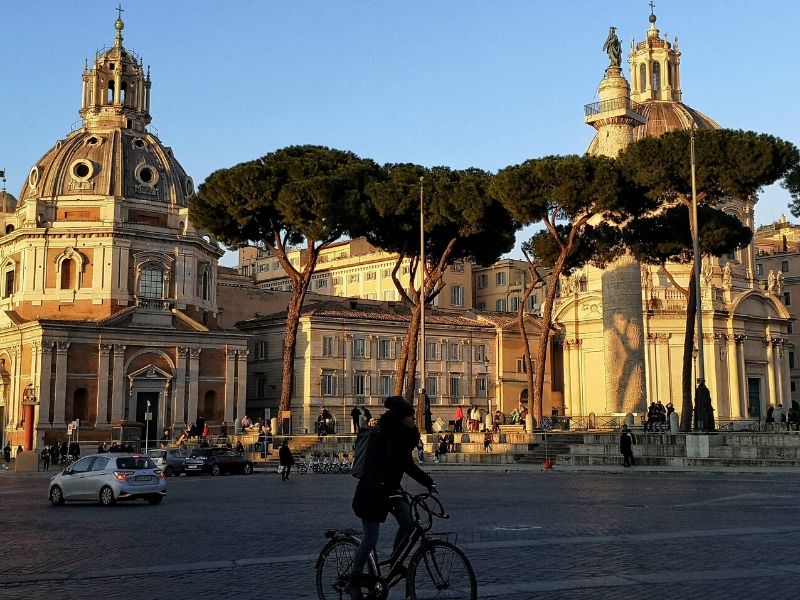 To discover more about Trajan's Market and dive headlong in the fascinating history of the Imperial Forums, join our superb Art Historian and guide Cinzia on her Imperial Forums Virtual tour! 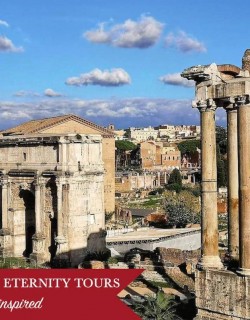 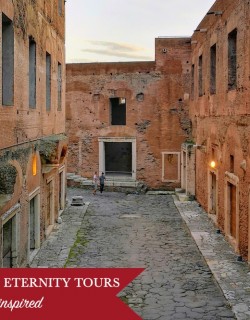