The Buco della Serratura: Through the Keyhole of the Knights of Malta 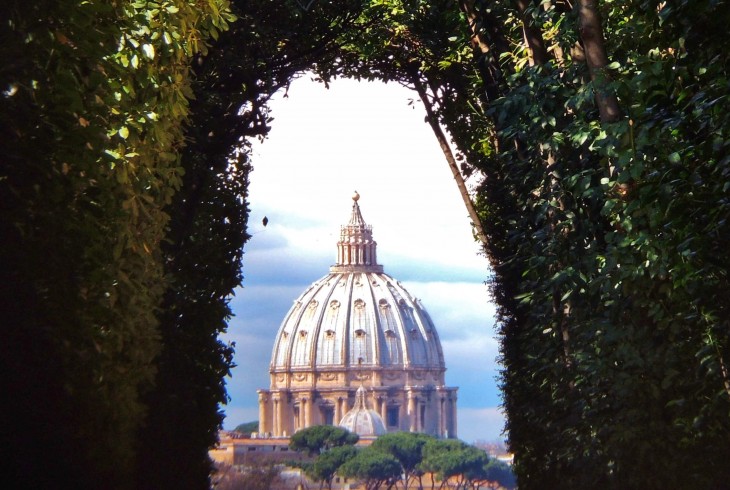 Some views are simply unforgettable. The majestic dome with which Michelangelo completed St. Peter’s Basilica in the 16th century is visible all across Rome, and spectacular panoramas of this iconic landmark are to be found from every hill and vantage point in the city. But what might be the best Rome view of them all is completely invisible at first sight.

Make the climb up the Aventine Hill to the doorway of the Priory of the Knights of Malta – a medieval order of crusaders still in existence today - and take a peek through the portal’s tiny keyhole. Incredibly, a wonderful telescoped view of St. Peter’s opens up before you, symmetrically framed by the hedges of the Priory garden. The unique vista is the brainchild of Giovanni Battista Piranesi, who was buried here when he died in 1778, and it's one of our favourite hidden sites in Rome. 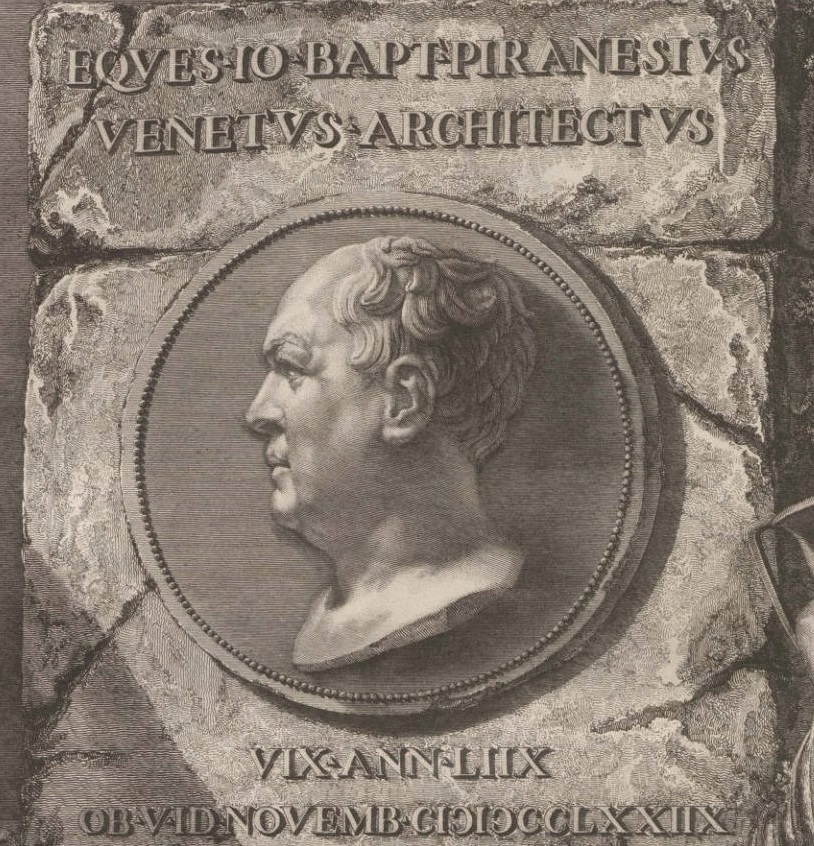 A wonderful patchwork of leafy gardens and ancient churches, the beautiful Aventine Hill is one of Rome’s must-visit neighbourhoods. The atmospheric Garden of Oranges draws locals for its unbeatable sunset views, whilst venerable Santa Sabina is one of the oldest early-Christian churches in the city (don’t miss its incredible carved wooden doors, which feature the oldest known depiction of Christ’s Crucifixion anywhere in the world). 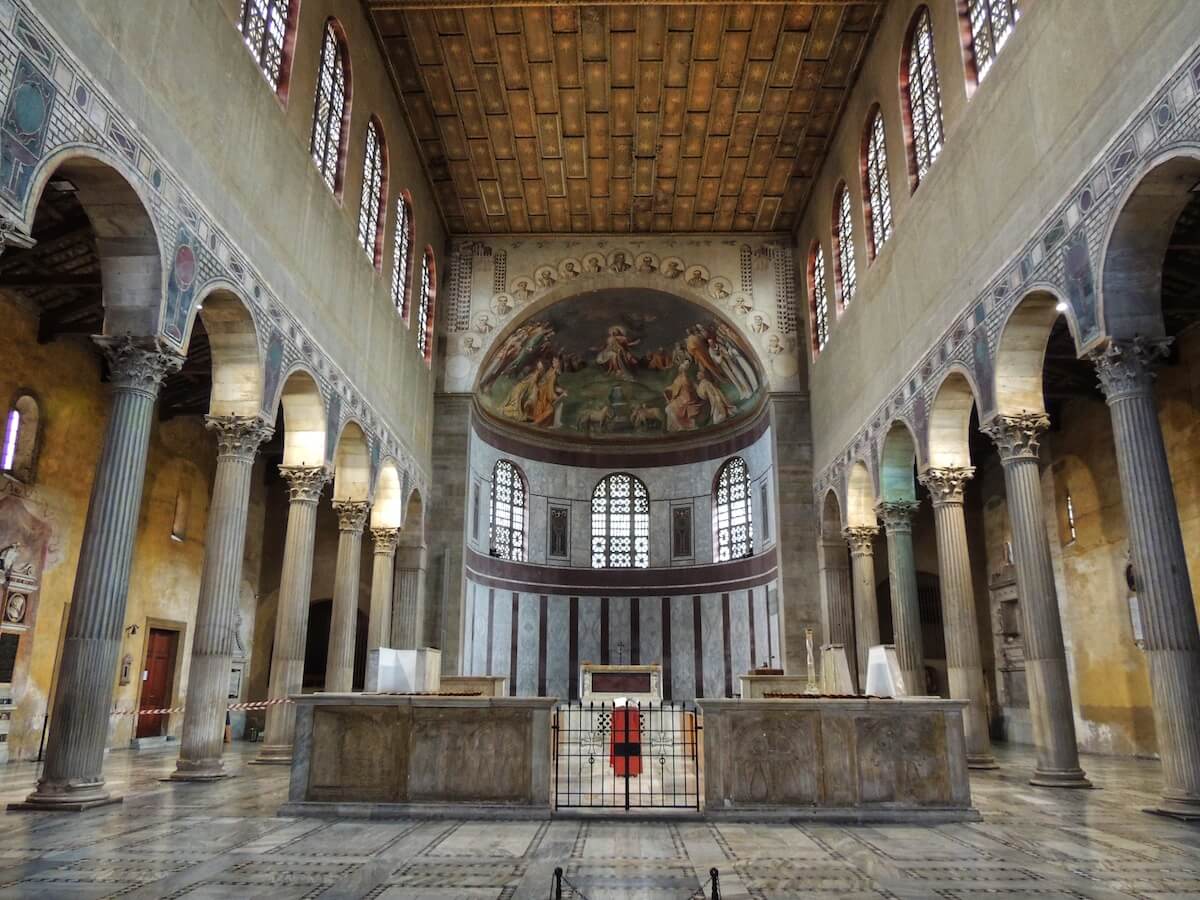 Interior of the Basilica of Santa Sabina

Continue along the narrow road as it makes its way towards the top of the hill, and you’ll soon find yourself in the elegant Piazza dei Cavalieri di Malta. As the name implies, this peaceful and leafy corner of the Aventine has long been home to the medieval order of knights whose fame spread far and wide in the Early Modern world (and who briefly boasted Baroque master Caravaggio amongst their number before his tenure ended in disgrace).

Before the pious knights set up shop here in the 14th century, the scenic site was home to an imposing palace under the command of Alberic II, 10th-century ruler of Rome. After Alberic's demise the area passed into the hands of an order of Benedictine monks and subsequently to the Knights Templar until their brutal suppression in the 1300s. As spiritual brothers and rivals of the defunct order, it was only natural that the Knights of Malta (originally known as the Knights Hospitaller) would eventually find their way to the Aventine Hill as well. 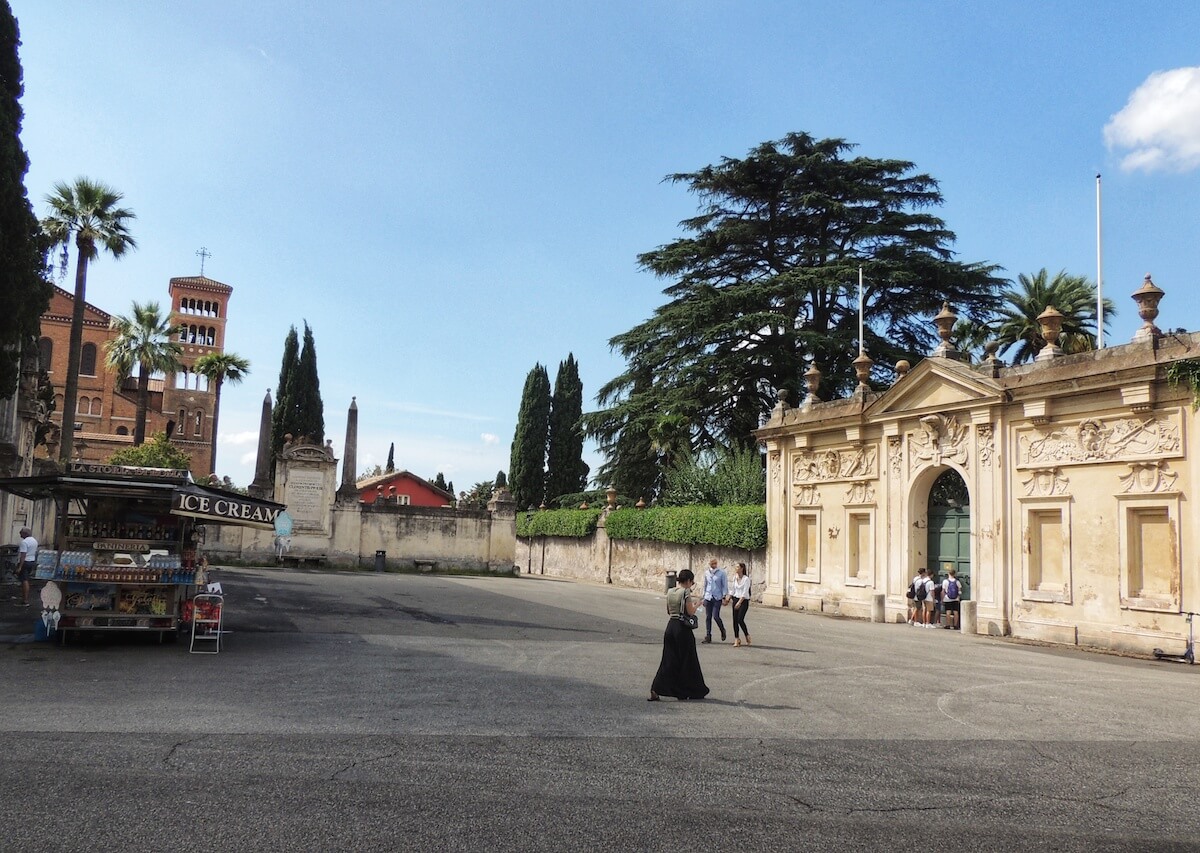 Although the Knights of Malta have had a priory here since the 14th century, the so-called Villa Magistrale is most famed for the 18th-century redevelopments carried out under the auspices of Giovan Battista Piranesi - a Venetian artist, archaeologist and architect renowned for his engravings of Rome and fantastical prison etchings.

Although his beautiful designs were famed across Europe, Piranesi actually ended up bringing very few of his projects to fruition; in fact, the neo-classical church of Santa Maria del Priorato  located within the Villa complex is his only large-scale architectural work, commissioned by the Papal nephew Cardinal Rezzonico in 1764. But impressive as it is, it isn’t the church that draws a steady stream of tourists to the Knight’s Priory each day. 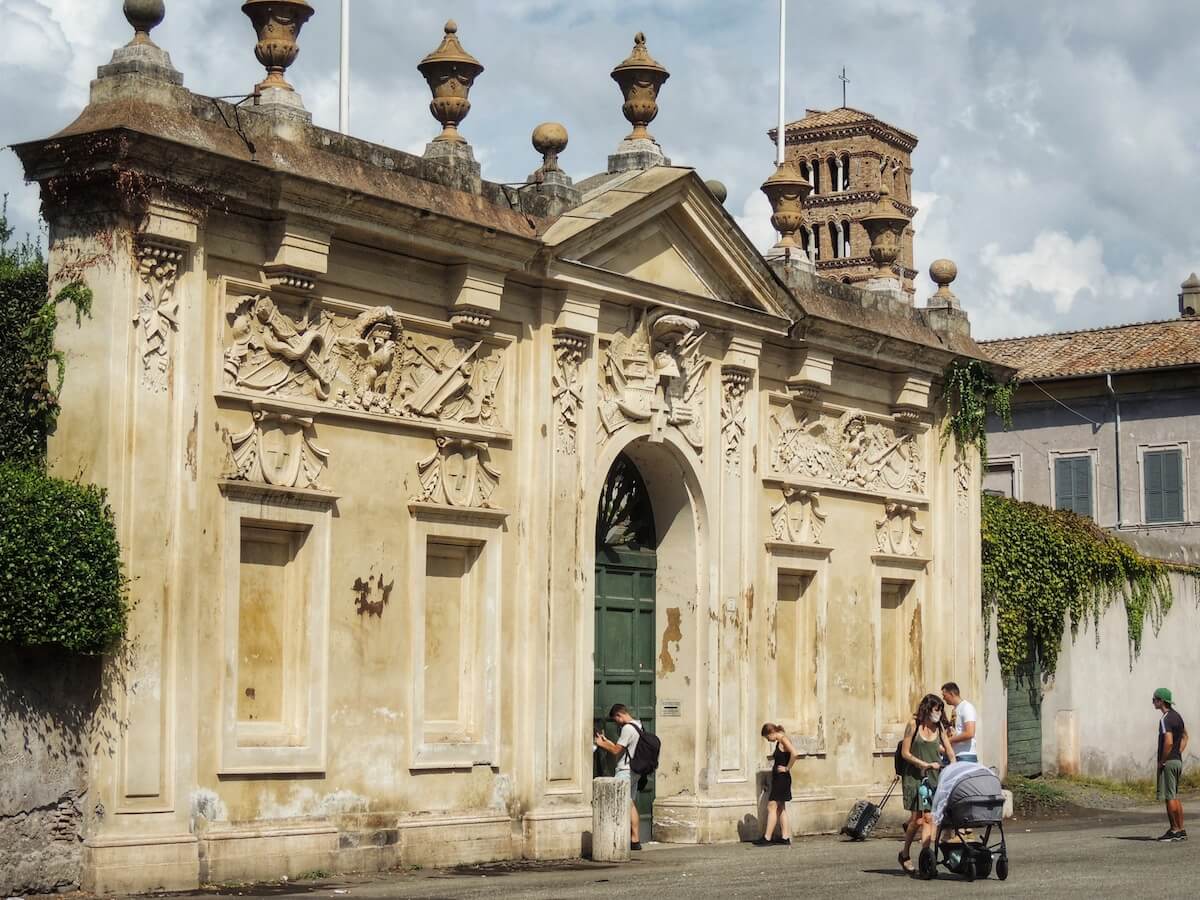 The entrance screen to the Villa Magistrale

Guarding access to the Villa from the adjacent piazza is a flamboyant entrance screen decorated with classical motifs, obelisks and heraldic symbols, also designed by Piranesi. You’ll almost always encounter a line of people queueing up before the unassuming green door set into the entrance screen, but appearances can be deceiving - they aren’t waiting to be let in (the Villa is only open to the public on Friday mornings, by appointment only), and they aren't hoping to catch a glimpse of one of the knights in full regalia. Instead, they’re queuing up for a chance to peek through the portal’s keyhole. Join them, and when your turn comes, you’ll soon find out why! 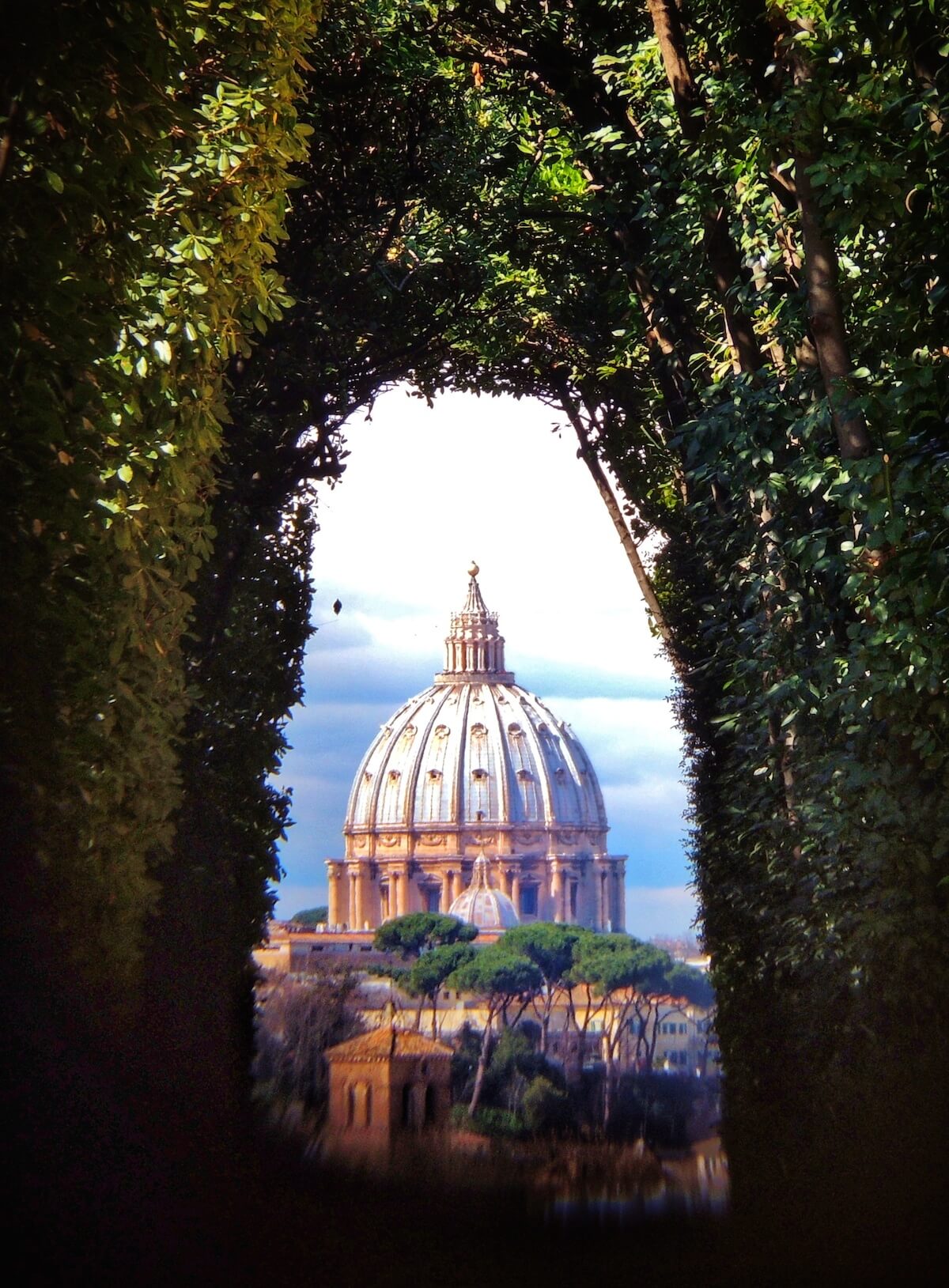 The view through the keyhole

Opening up before you is the splendid sight of Michelangelo’s dome of St. Peter’s basilica illusionistically appearing at the end of one of the villa’s garden paths, perfectly framed by a curving pergola of trees. It’s one of the city’s most spectacular and unexpected panoramas, and really does have to be experienced in person  - no picture can come close to capturing the surprise and excitement of seeing the distant cupola suddenly looming impossibly close to your field of vision, eye pressed firmly against the cold metal of the keyhole.

It’s a must visit on any Rome tour - get in touch with Through Eternity today to plan your perfect itinerary including this stunning landmark!