When you think about Easter, what’s the first thing that pops into your head? Some people might say Easter bunnies and an endless palette of pastel colors while others might mention Cadbury mini eggs, Peeps, and their sweet counterparts. But what about Easter in Italy, known as “Pasqua” in Italian? The favourites mentioned earlier may be associated with Easter festivities across the pond in North America, but the traditions in Italy are vastly different. In fact, one of the only things that they have in common with one another is the superfluous amount of fun forms of chocolate available in every store!

Speaking about traditions in Italy is always a daunting task because up until the unification of the country in the late 19th century, the country was split into states, each with its own dialect, cuisine, and culture that were immensely different from its neighbours even despite the short distance between them. Interestingly enough, this disparity still exits even though it might not be as noticeable to tourists as it is to the local Italians. As such, the Easter traditions are dependent on where you find yourself in the country and in what kind of company. Younger generations are more apt to be familiar with and eager to adopt Easter habits that come from America or the United Kingdom, as is happening with many non-Italian “holidays” such as Halloween. However, the older generations are the place to look if you’re curious about the classic traditions.

First of all, we must remember that religion is at the root of Easter in Italy, with the Vatican calling Rome “home”, thus many traditions revolve around attending the special masses and church services held during the Holy Week. For those who are not familiar with Christian, and particularly Catholic custom, the Holy Week extends from the week before Easter and includes Palm Sunday, Holy Wednesday, Maundy Thursday, Good Friday, and Holy Saturday, which is also known as the last week of Lent. Italians, even if they are not practicing Catholics, will tend to go to at least one formal mass service with their families and usually these attendances are accompanied by meals eaten with close and extended family, depending on the region. Some of the more popular masses to attend include Palm Sunday, when church-goers take palm leaves and olive branches home whereas a more solemn mass is in line for Good Friday which might include a Via Crucis (Stations of the Cross). There are often processions done during the Holy Week, even in the tiniest towns and two of the most famous can be found in Chieti, in the central region of Abruzzo, and in Trapani, Sicily.  The Good Friday procession in Chieti is thought to be one of the oldest while the one in Sicily is likely by far the longest, clocking in at a shocking 24 hours!

The biggest Easter tradition that is common no matter where in Italy you go is Easter lunch on the Sunday and it’s more of a all-day affair than a typical lunch by non-Italian standards.  To overgeneralize, Italians in the North of the country tend to keep things more intimate and in fewer numbers whereas the Southern Italians go by the mantra “the more the merrier” and extended family is more often included in Easter meals, or any celebratory meal for that matter. Easter menus will vary from region to region and some families will choose to eat at home or at a restaurants with many of the latter offering a special “Pranzo di Pasqua”.

It’s difficult to mention a specific dish or number of dishes that are expected at an Easter lunch, due the diversity from city to city and region to region, but it should suffice to say that quantity-wise, they are almost never-ending and feature seasonal fruits and vegetables with lamb taking center stage as the main meat to the meal.  The part of the lamb, you guessed it, varies, depending on the region and for example, the ribs are popular in Lazio in contrast to the leg which is preferred in some of the more easterly regions such as Veneto. Italians native to Puglia and Basilicata, on the other hand, might enjoy a traditional lamb stew typically cooked in a terracotta pot called cutturidd.

-> 5 Traditional Italian Easter Foods You Need to Try this Pasqua

The reason food takes such precedence during Easter has to do with the fact that the time period leading up to Easter (Lent or “La Quaresima” in Italian) is one of dedicated reflection, prayer, and often sacrifice to honour the actions of Jesus. As such, many Italians might also give something up for Lent and it’s often food-related like sweets or alcohol. Therefore, Easter lunch is truly a moment of celebration and a chance to catch up on all those missing calories! The best part is saved until the very end with some typical desserts including a dove-shaped cake (the “Colomba”) topped with almond and sugar granules and of course, the much-loved chocolate eggs wrapped beautifully in shiny foil and bows. They are adored by all ages, not just children, as there are eggs catered to adults with a surprise inside! 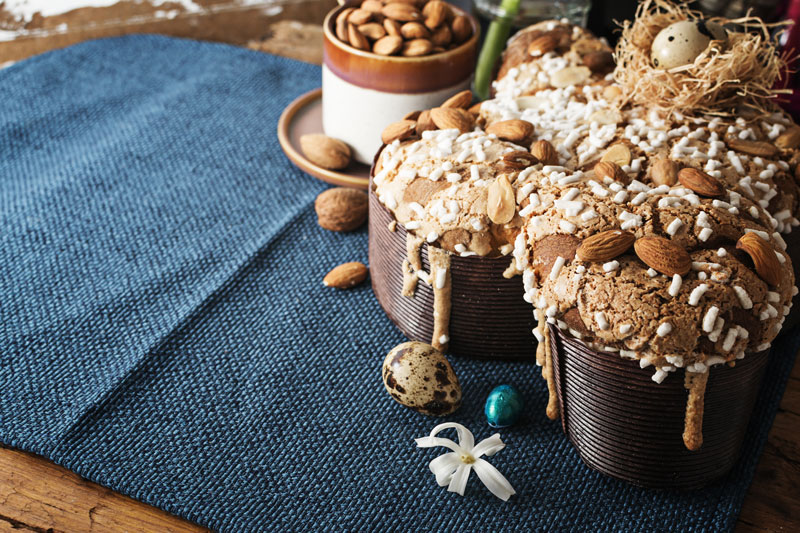 Even though the Sunday lunch is extremely popular and provides enough sustenance to last another month without eating, Italians also love to celebrate the Monday immediately after and it’s affectionately referred to as “Pasquetta” (a little Easter) in Italian.  Despite the cute name, it’s an official holiday as well and Italians love to take advantage of the extra day off work to…eat of course! The tradition associated with this day is to head out to the countryside or to the mountains to enjoy the newly-arrived warmer weather and have a meal in the company of friends and family. The pasquetta meal is usually much more informal and slightly lighter than the previous day and is preferably enjoyed while taking in some wide, open spaces and fresh air. This is also a moment that Italians might take to explore a nearby town or city and nowadays, city breaks are becoming popular as an alternative to picnics out in nature.

In some parts of the country, there are some interesting events to attend throughout Carnevale, the Lenten period, and Holy Week and probably none more unusual than the cheese-rolling contest known as the “Ruzzola del Formaggio” which takes places annually in a small town in the  province of Benevento prior to the beginning of Lent. It’s exactly as it sounds, the young and the old literally launch blocks of cheese that roll down the streets and it’s an event that is loved by locals and tourists alike. Besides Easter Sunday Mass lead by the Pope in Rome, some of the other beloved events throughout the country include an exploding cart in Florence and a very speedy Virgin Mary. The Scoppio del Carro takes off in Florence where a wagon pulled through the city center by oxen is set in front of the Basilica di Santa Maria del Fiore. The fun part comes when after mass, a rocket is sent into the cart (conveniently filled to the brim with fireworks)!  Instead, if you happen to find yourself more south in the central part of Italy, head to Sulmona on Easter Sunday to watch La Madonna Che Scappa in Piazza. This is one of Italy’s more famous spectacles featuring a mourning Mary statue dressed in black and follows her “transformation” into celebratory green colors as she runs towards her risen son through crowds of almost ten thousand. There are many more similar events offered throughout the country and it’s best to do a search for the specific area to check dates and times as in typical Italy fashion, they are always changing.

As you can see, Easter in Italy is an extremely loved and celebrated moment in the year that offers both culinary and historical delights for all tastes and ages! 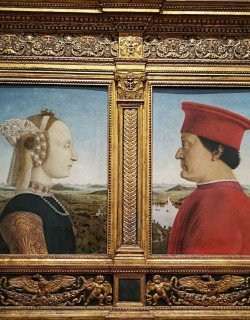