A walk in the heart of Rome 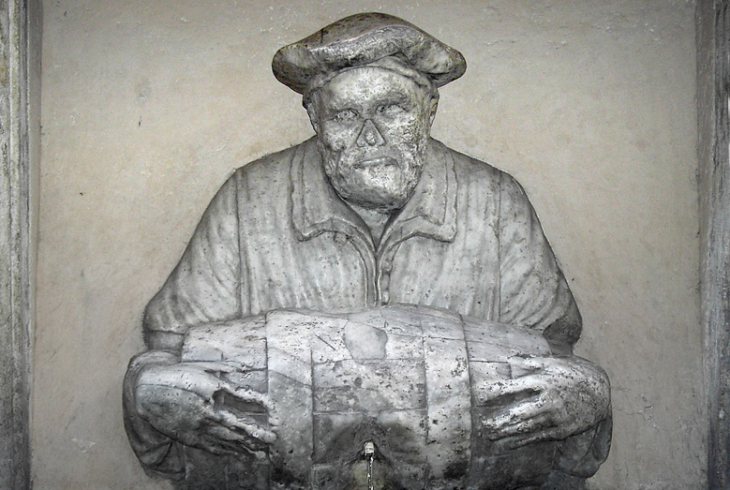 Via del Corso runs from Piazza Venezia straight down to the tall obelisk perched at the opposite end in Piazza del Popolo. It’s the main thoroughfare and shopping street cutting Rome in two, with Piazza di Spagna majestically perched on one side, the Pantheon and Piazza Navona over on the other.

At the top of the street in Piazza Venezia with its circle jammed with cars going every which way, used to stand a white-capped traffic cop. Videos of the cop ‘directing’ cars, tourists and buses all weaving in and around the circle are poetry in motion.

The ancient Via Lata

Along the way, you’ll find a church, Santa Maria in via Lata, taken from the name of part of the street in Ancient Rome. But up until medieval times, the via Lata was only half as long as what Via del Corso is today, commonly called by locals Il Corso.

In Ancient Rome the via Lata most likely meant the straight line cutting through a circle, quite appropriate for this main street. But then came “Il Corso”. Beautiful ancient archways were knocked down and the fountain, still on a street corner today, Il Facchino, one of Rome’s famous “talking statues”, was moved to the spot where fresh water still flows from the barrel he holds in his hands.

The road was straightened and widened into the thoroughfare you see today.

From horses races in Renaissance Rome to the modern name

In 1466 came the name change. Venetian by birth, Pope Paul II had his residence built right in what is today Piazza Venezia. His palace was called Palazzo San Marco along with its St Mark’s church attached, the patron Saint of Venice. Pope Paul II loved a good party. And his Rome Carnevale was an 8-day extravaganza filled with riotous festivities, not unlike what today Tuscany’s Viareggio celebrates with colorful floats, flowers and costumes of all manner and delight. He moved the festivities to the town center so he could watch right from his window and the events included the Barberi Race, a sort of Palio, like in Siena, where riderless horses would careen down the track, “Il Corso”, to the delight of all, from princes to poor people.

Pope Paul was criticized for making a wild folly of what once had a humble and holy significance, celebrating the beginning of Lent. But the race lasted 400 years, becoming a hot tourist attraction for Grand Tourists beside. And today, one could argue that those white taxis, bearing down on tourists as they scurry across the avenue are merely keeping the name alive!

As you explore Rome, you find Renaissance buildings, medieval sections, Baroque fountains, and old neighborhoods still brimming with life. Every street has a story to tell - by virtue of its very name.

This is the first of two Through Eternity Tours posts we’ll be offering travelers, history buffs, Italy lovers or curious explorers of the streets of Rome, their secret stories and hidden histories.