The Best Restaurants in Trastevere, Rome 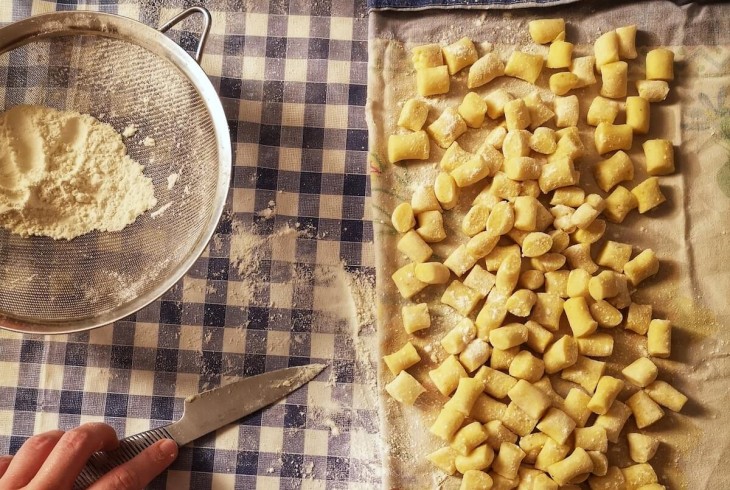 Buzzing Trastevere can lay claim to being Rome’s most vibrant neighbourhood, a picturesque tangle of cobbled alleys and stately piazzas rich in art, culture and nightlife. It’s a sure thing that you’ll be spending some time here when in the Eternal City, and happily Trastevere is also one of the best places to eat in Rome, with an array of restaurants to suit every taste and pocket. From traditional trattorias to pizzerias and more, this week on our blog we’re bringing together some of the best restaurants in ever-picturesque Trastevere. So if you’re wondering where to eat after a long day exploring the city on one of our Rome tours, read on to find out where to go!

Almost everyone comes to Da Carlone to try the restaurant’s famous carbonara, and rightly so. Made with highest quality eggs, local pecorino and deliciously savoury pig-jowl (guanciale), the carbonara here is always cooked to perfection - the dreamily creamy and rich sauce clings to the pasta just as it should, with no hint of curdling or scrambling. Be warned, however: the portions here are truly enormous! After demolishing this heaping mound of Roman goodness you might not have room for anything else; but if your appetite is insatiable then fear not, because da Carlone also offers up excellent versions of classic secondi: if it’s on the menu be sure to try the Spuntatura e Salsiccia: meltingly tender pork ribs and sausage in a tomato sauce, best accompanied by a plate of bitter cicoria and, of course, plenty of red wine.

A post shared by Le mani in pasta (@ristorantelemaniinpasta)

The name of this popular-with-locals hangout tells you all you need to know about what goes on within its brick-arched walls. Fantastic, heaping platters of home-made pasta are constantly ferried to tables with almost balletic grace by Alle Mani in Pasta’s squadron of waiters. Seafood is a particular speciality: think fresh whole lobster served on a bed of steaming linguine, or fragrant clams, mullet and shrimp nestled in mounds of gossamer-thin homemade tagliolini. If you’re used to American standards then service can be on the brusque side, but it pays to put your trust in the staff - they know exactly what they’re doing, and won’t guide you wrong. Reservations are obligatory.

If you’d like to learn the secrets of making perfect pasta every time for yourself, check out our private virtual cooking class with chef Davide.

Step back in time to the 1970s at this no-frills neighbourhood trattoria for a taste of what Trastevere was like before it was discovered by international tourism. Opened in 1971 by the eponymous Corrado Conti, today the restaurant is still run by Corrado’s descendants.  The menu still operates according to the traditional weekly schedule that used to be a feature of almost all restaurants in the city; that means you can expect gnocchi on Thursday, baccala (salt-cod) on Friday and tripe on Saturday. Amongst the Roman highlights are coda alla vaccinara (oxtail in tomato sauce) and a pitch-perfect tiramisu. Low prices and abundant portions, both rare survivals from Trastevere’s roots as a working-class quarter of the city,  make da Corrado consistently popular with locals and visitors alike. The somewhat spartan interior and rough-and-ready service (don’t expect much English to be spoken here) only add to the authentic experience.

A neighbourhood institution on Viale Trastevere, Pizzeria ai Marmi has been serving up traditional Roman-style pizzas to hungry Trasteverini for over 90 years. Time seems to have stopped here, with the beautiful old-school marble tables and wooden chairs filling the two grand dining halls the same as they were generations ago. The pizzeria is commonly known to locals as L’Obitorio (the Morgue) thanks to the marble counters’ resemblance to mortuary slabs, a sinisterly ironic coinage attributed to famous writer Pasolini who was a regular here in the 1960s. Immediately recognisable from the street thanks to its retro neon sign, inside Pizzeria ai Marmi’s massive wood-fired oven churns out reliable versions of pizza come una volta - the recipe has been unchanged for over 50 years. Make sure to try the fantastic supplì al telefono, renowned as amongst the best in the city.

If you’re in the mood for a pizza a little less traditional than the offerings at I Marmi, then Dar Poeta has you covered. Beautifully tucked away on a narrow cobbled alley off the main drag, pizzas here are a little less thin and crispy than the typical Roman versions, and the variety of toppings on offer are a lot more varied. Strange as it might sound, the carbonara pizza is an unmissable highlight. Or try the Vicoletto, with pesto, cherry tomatoes and potato. Dar Poeta is always packed, but they have a lot of tables and turn-over tends to be rapid. So grab yourself a beer, put your name down on the list and settle in for a short wait in the bustling and picturesque surroundings.

Although once one of the most down-to-earth neighbourhoods in Rome, these days Trastevere is very much a sought-after destination. One downside of the quarter’s gentrification is that many of the traditional family-run eateries have made way for trendier modern restaurants. Da Enzo is a wonderful exception. A tiny trattoria where tables spill joyously onto the street outside at mealtimes, da Enzo is a guarantee if you’re looking for some old-school Roman-style home cooking. The chaotic and bustling atmosphere seems to transport you back to another era, when Trastevere was a byword for Rome at its most authentic. Make sure to try the Coda alla Vaccinara, oxtail in a rich tomato sauce, and the Polpette. Da Enzo is a popular spot with limited seating, so make sure you arrive early to avoid a lengthy wait.

For a more gourmet dining experience, Osteria Antica Pesa is one of Trastevere’s best restaurants. The upscale eatery started life as a Vatican customs office and grain store back in the 1600s, where an enterprising local decided to open a tavern to cater to the farmers that arrived to pay their grain taxes. These days the simple bread and wine of that distant time have given way to a seasonal gourmet menu featuring fish dishes and refined takes on the Roman classics, all watched over by the careful eyes of the Panella brothers Simone and Francesco. Dine in the cozy interior in the shadow of large modernist canvasses, or have your meal on the spectacular terrace, where you’re likely to spot celebrities and members of Rome’s happening crowd. If you’re thirsty, offerings from the extensive wine cellar runs to over 1,000 labels. Osteria Antica Pesa is just a stone’s throw from the stunning Renaissance palace Villa Farnesina, so it’s a great lunch option after a  morning tour of the Villa.

For something lighter and friendlier on the wallet, the mini-chain Trapizzino offers delicious pizza sandwiches with fillings like chicken cacciatora, meatballs, ox-tongue and salsa verde, eggplant parmigiana and more. Their Trastevere branch is the best option for a sit-down meal, with tables spilling out onto vibrant Piazza Trilussa and a decent wine list. At €4, prices are affordable for all pockets - for a full meal, two trapizzini should do.

If you’re in need of a change from Italian food, then La Punta will whisk you away to a world south of the border with its Mexican offerings of tacos, tamales, tostadas, molé, ceviche and more. But it’s La Punta’s pitch-perfect margaritas, tequila and mezcal that makes it a must-stop. A beautiful interior, fun atmosphere and friendly staff sweeten the deal.

After tucking into all this delicious Roman food, you'll want to walk it off  - what better way than joining one of our award-winning walking tours of Rome?