The Houses of Augustus and Livia on the Palatine Hill 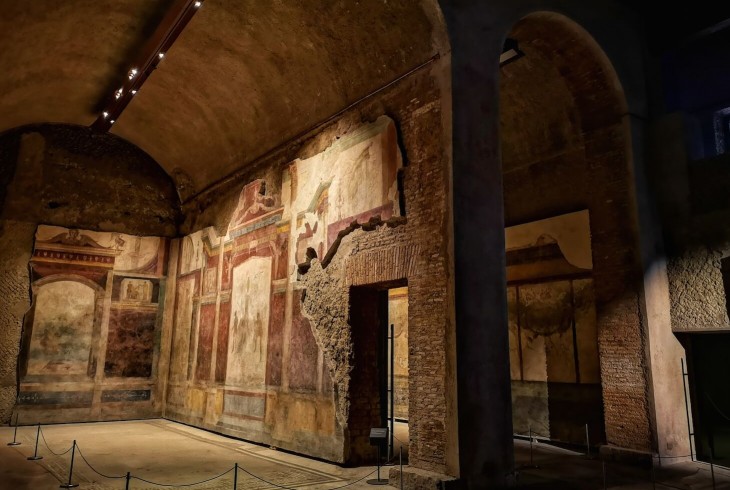 Mythical birthplace of Rome and home to the ancient emperors, the Palatine Hill plays a vital role in the story of the Eternal City. But hidden amongst the ruins of the massive imperial palaces built here by a series of rulers intent on showing their absolute power are other, more intimate testaments to the rise of Rome. This week on our blog we’re exploring the Houses of Augustus and Livia, homes to the crucial figure of Rome’s first emperor and his powerful wife over 2,000 years ago. 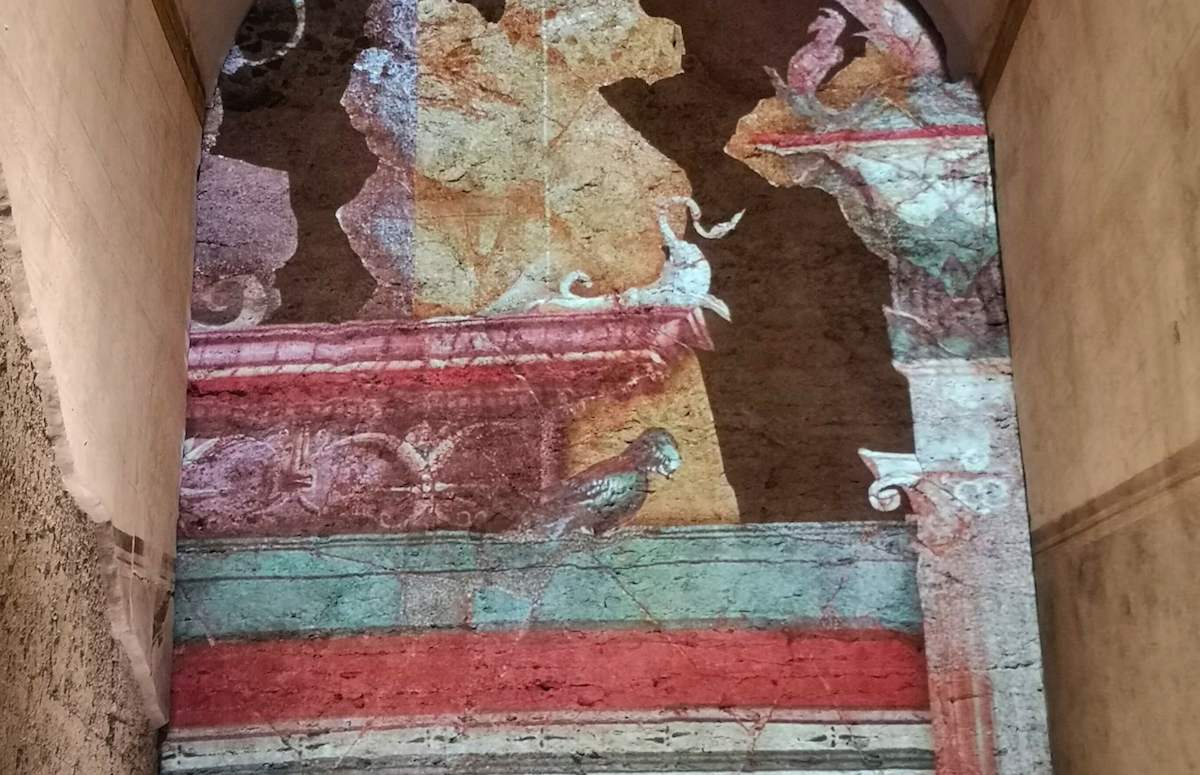 No story of Rome can be written without the domineering presence of Augustus. Emerging from the dark shadow of the bitter civil wars that threatened to tear ancient Rome apart in the aftermath of Julius Caesar’s assassination, the man born as Octavius in 63 BC would rise to become Rome’s first and longest serving emperor, ruling for over 40 years form 27 BC to 14 AD. Augustus did much to shape the grandiose image that we have of the ancient city today, reportedly boasting how he ‘found Rome a city of bricks and left it a city of marble,’ as well as ushering in a long period of peace and prosperity known as the Pax Romana. 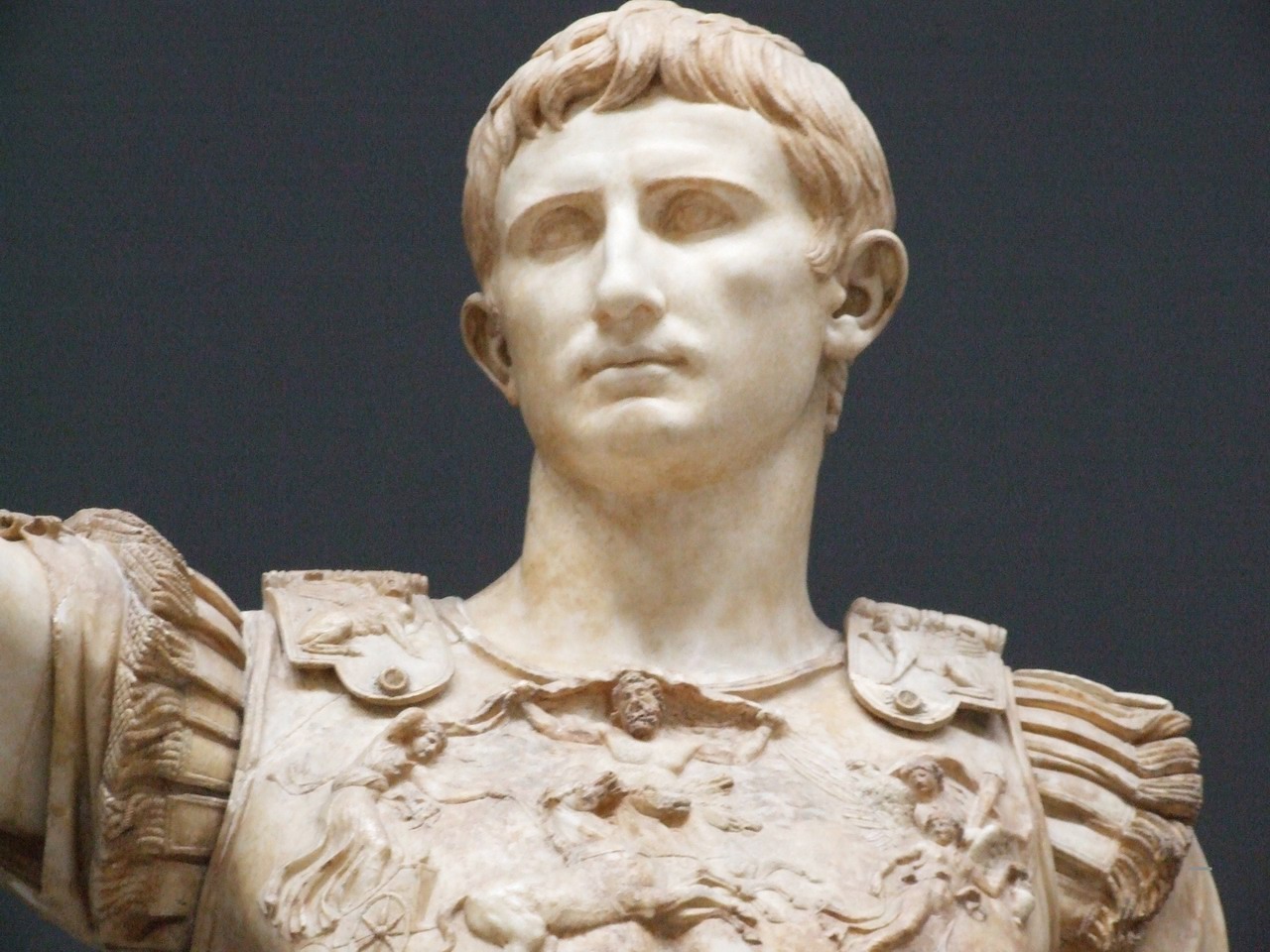 Auspiciously born in a small house on the Palatine Hill - where the story of Rome began with the mythical founding legend of Romulus and Remus - Octavius spent his first years in his father’s home town of Velletri to the south of Rome. But fate would soon return him to the Palatine Hill, and he took up residence here once more in the early stages of his political career after confiscating a modest house from the orator Quintus Hortensius, whose son had made the mistake of siding with Brutus in the Battle of Philippi.

When Octavius moved here in the late Republican period, the Palatine Hill was the leafy suburban enclave par excellence, home to the villas of the well-heeled Roman aristocracy. With Octavius’ rise to the rank of Emperor, the status of the Palatine Hill rose along with him: for centuries to come, the Palatine would be the epicentre of Imperial power. 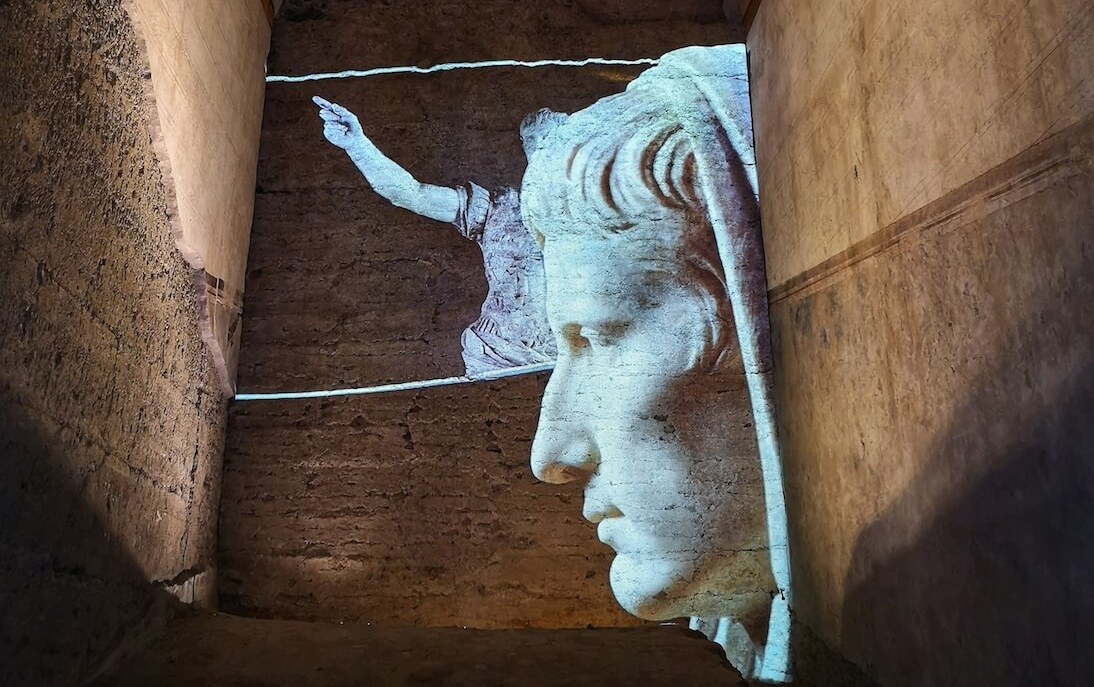 But whilst his successors to the Imperial throne chose to ostentatiously symbolise their power with luxurious palaces, Augustus remained content with his comparatively humble house, extending it where necessary to fulfil the demands of his office by purchasing adjacent properties and joining them together to form a single residence unfolding around two central peristyle courtyards. During a first major expansion undertaken in 36 BC the building was hit by lightning, interpreted by the Roman soothsayers as a sign from the god Apollo. Augustus duly had a temple to Apollo built on the site, and connected to his own residence to the sacred shrine via a private corridor. Augustus’ methods of emphasising his position as Princeps civitatis, or Rome’s first citizen, were subtle but effective. 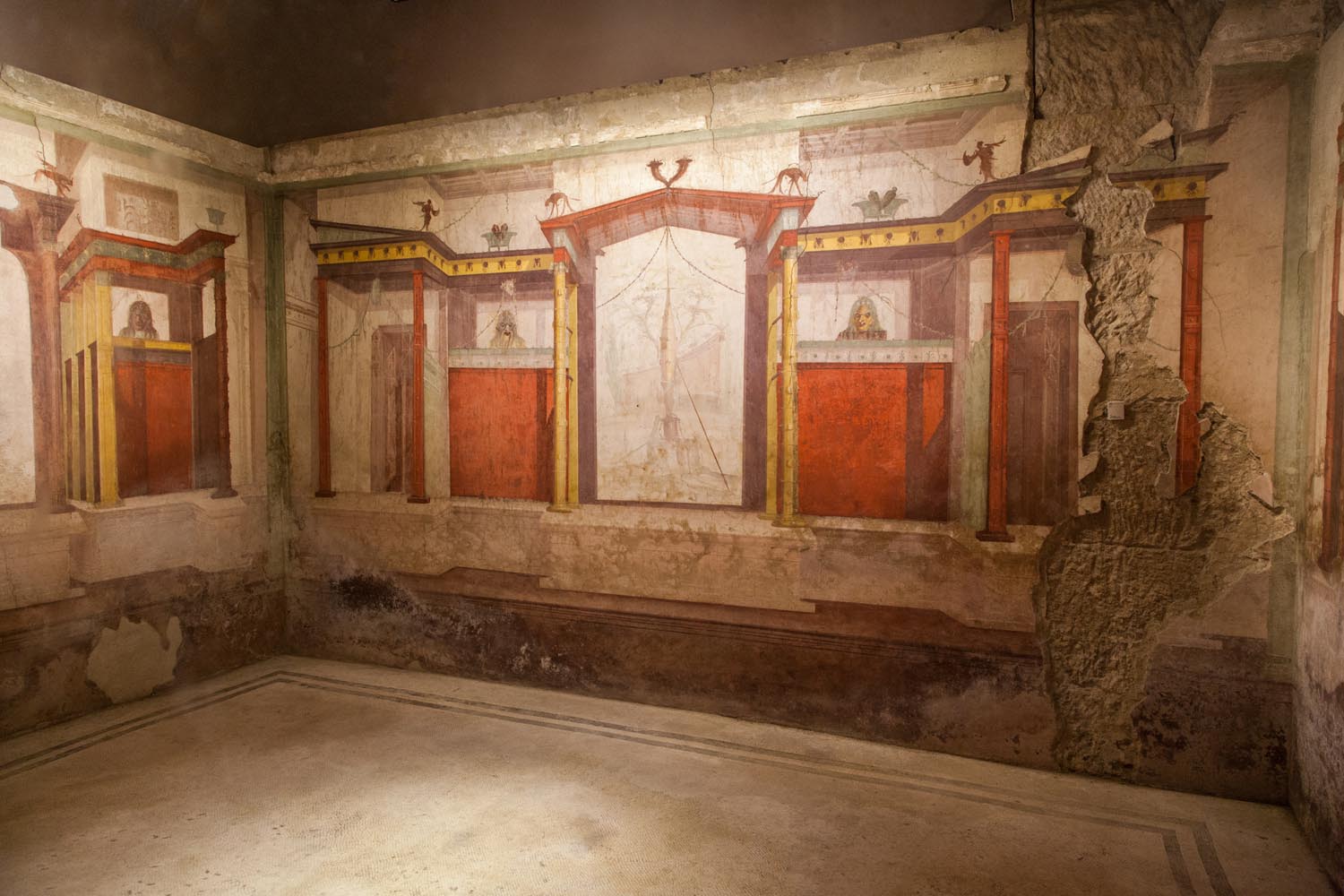 Incredibly, the house where Suetonius writes that the modest Augustus ‘slept in the same bedroom in winter and summer for 40 years’ is still standing today. But although many ancient sources insisted on the thriftiness of the emperor’s living quarters, the House of Augustus contains some of the best surviving examples of ancient Roman painting anywhere. Indeed, not all of his contemporaries were convinced that the emperor lived as frugally as he liked to make out. Ovid described Augustus’ residence as ‘a house worthy of a god,’ and visiting its succession of beautifully painted rooms today it seems like the ancient poet wasn’t far wide of the mark. 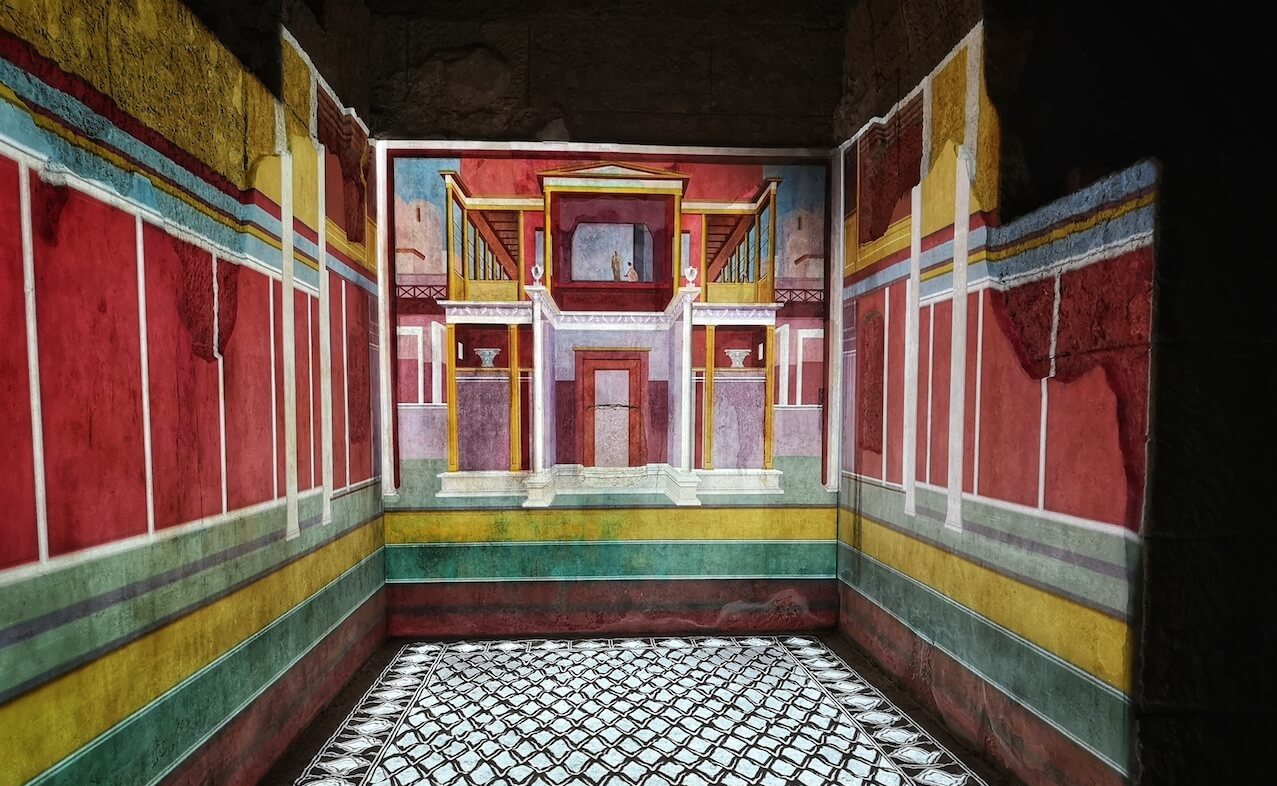 Admiring the same artworks that Augustus himself gazed on 2 millennia ago is an incredible experience. The frescoes are painted in what is known as the second Pompeiian style, comprised of vibrant splashes of colour, complex geometric motifs and slender architectonic elements given a sense of depth and 3-dimensionality through the use of perspectival techniques. 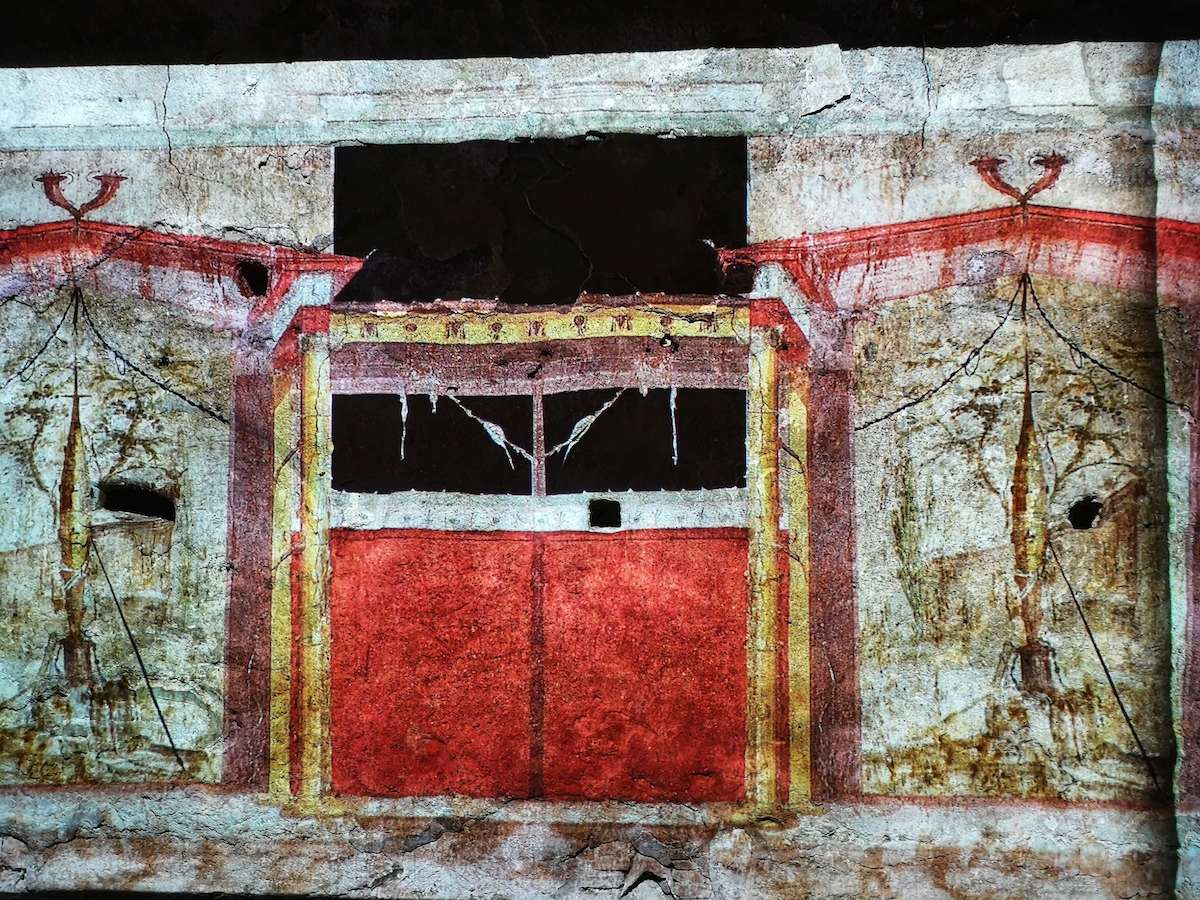 The rooms with the most impressive surviving decorations are commonly identified by the subjects of the paintings found on their walls. Look out for the Room of the Masks, a bedroom or cubicula where ancient theatrical masks glare down from the walls, set into extraordinarily colourful fictive stage-like architecture. 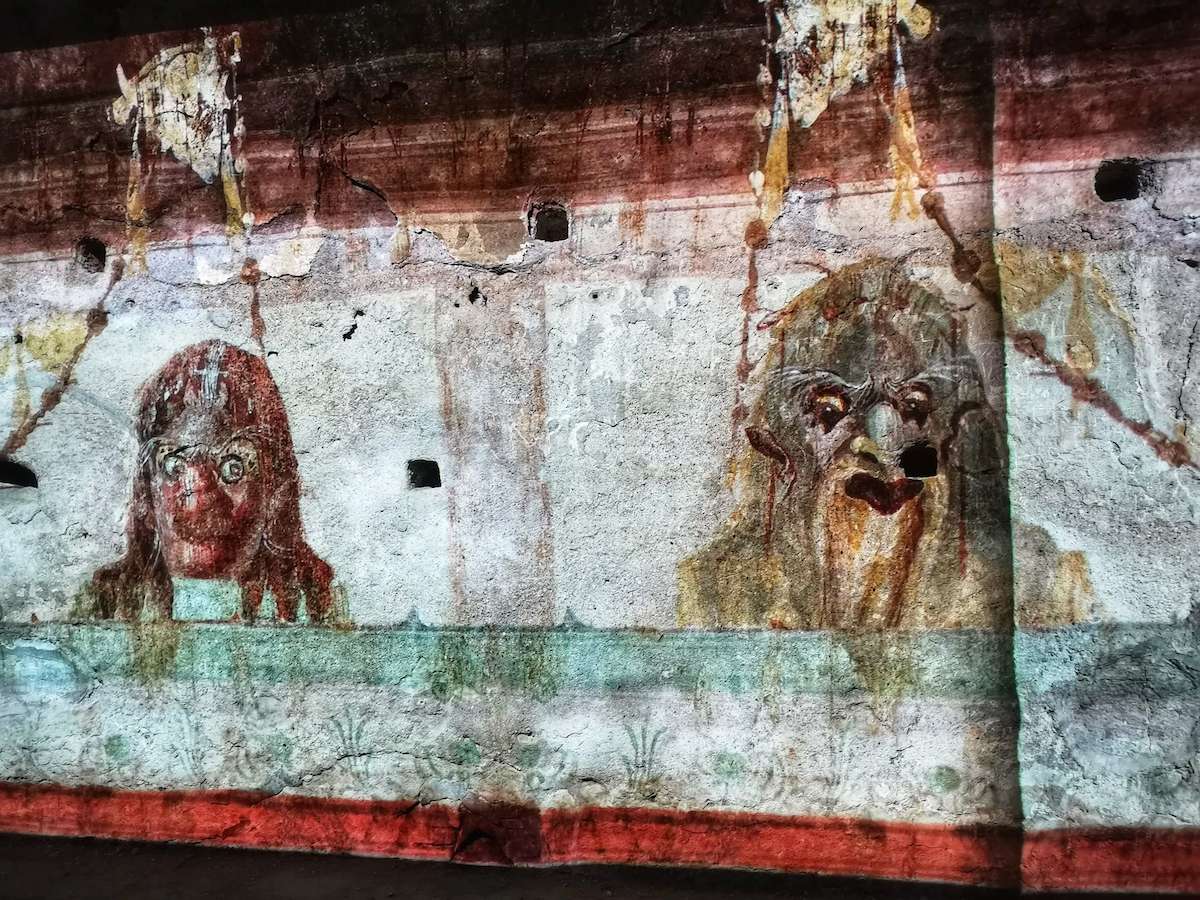 Nearby is the Room of the Pines - another bedroom decorated with pine branches and Doric columns. In the Room of the Perspective Paintings meanwhile, stunning illusionistic architecture painted in vivid primary colours opens the walls out into imagined vistas. 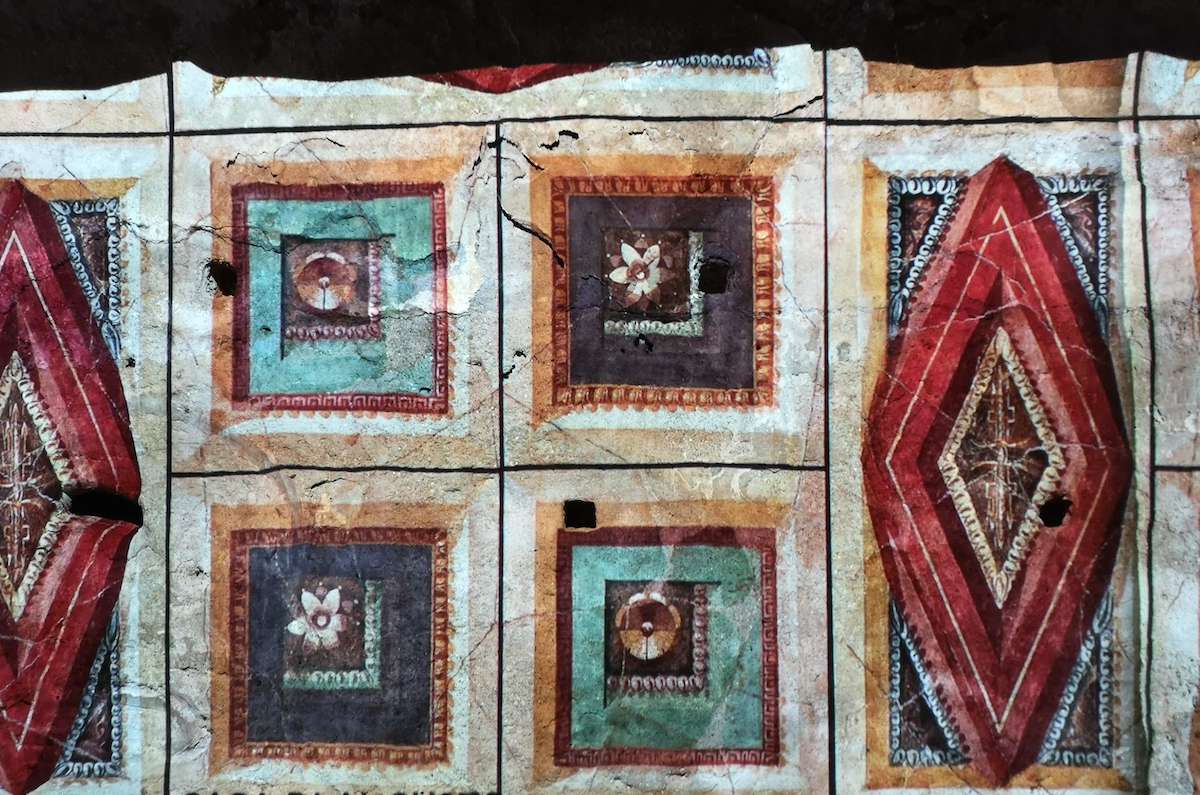 The upper storey of the Domus was reached via an enclosed ramp, where the ceiling is decorated with beautiful imitation coffering - striking red lozenges alternate with square green and blue coffers decorated with flowers. Subtle shading and the use of perspective give the whole ensemble a striking sense of depth and 3-dimensionality. 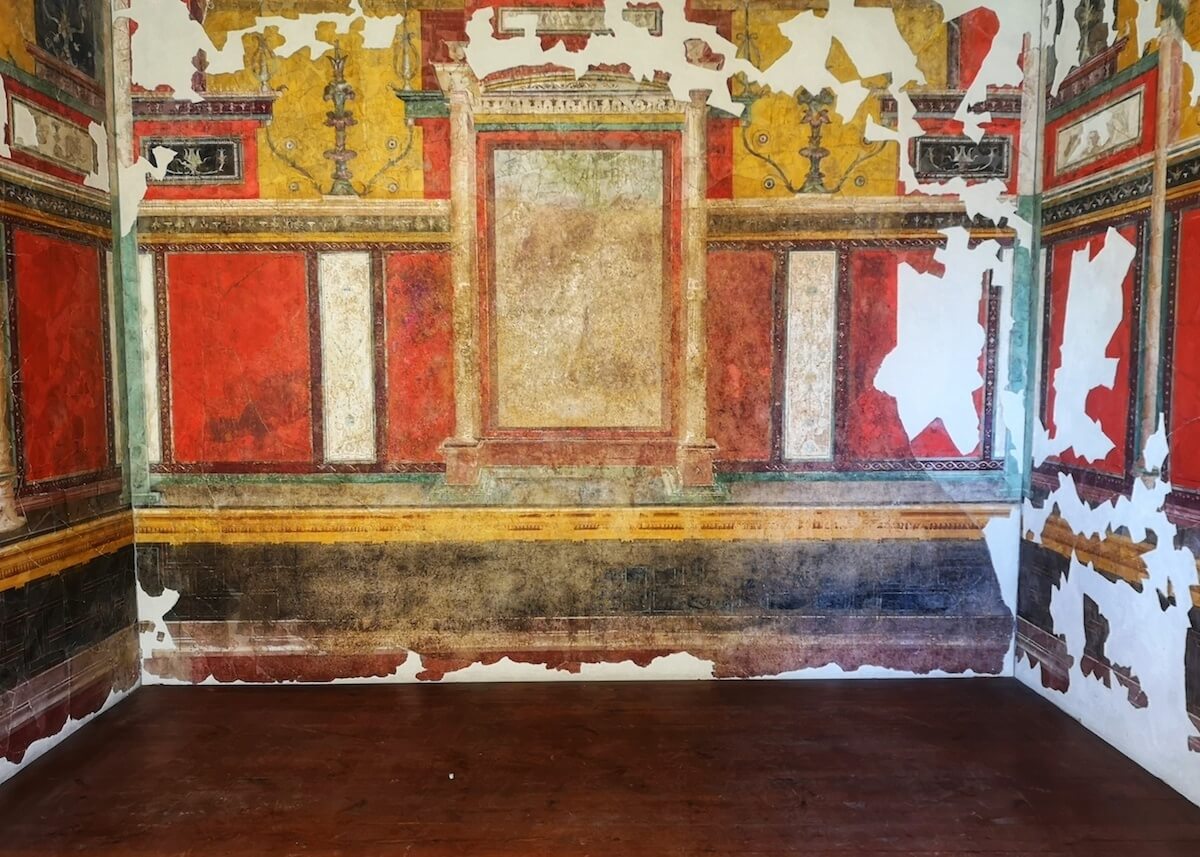 Perhaps the most impressive room of all in the House of Augustus is that identified as the emperor’s study on the upper floor. According to contemporary sources Augustus would retreat  here when he wished to think or study in private, describing  his study as his ‘technyphion,’ or ‘little workshop.’ There is little direct evidence that this room was indeed the emperor’s study, but the exceptionally rich decorations certainly indicate that this was one of the most important areas of the Domus. Egyptian motifs like obelisks and gryphons snake across the walls, interspersed with elaborate candelabra, plants and fantastical creatures. 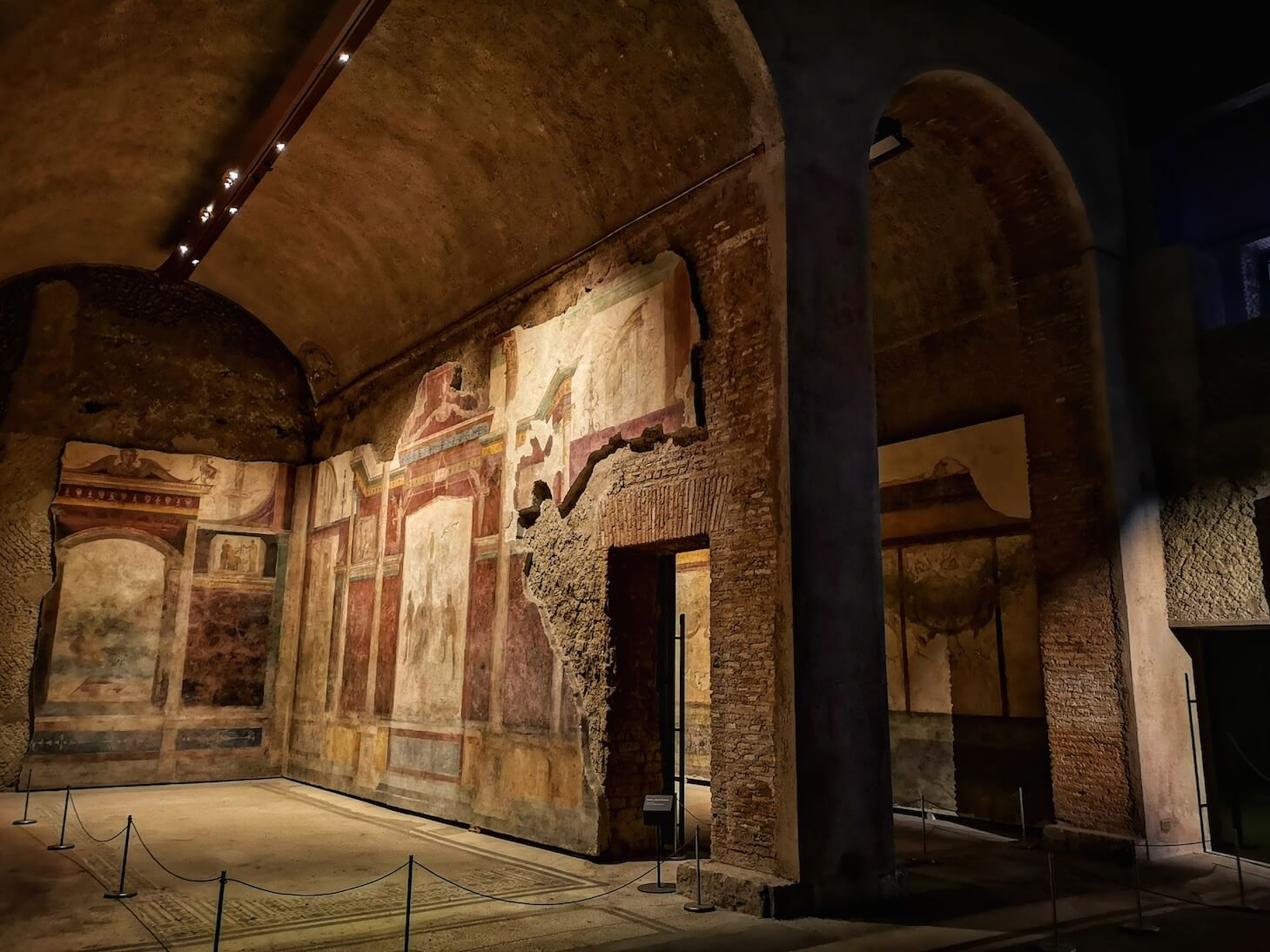 Next door to the House of Augustus is the no-less impressive House of Livia,  somewhat tenuously identified as the dwelling of the emperor’s wife thanks to an inscription found on a lead pipe in the 19th century. Discovered during excavations on the Palatine Hill in 1839, the refined two-storey domus is in reality another wing of the House of Augustus, centred around a quadrangular atrium. Rooms leading off the atrium feature fabulously refined frescoes on the walls, whilst original black and white mosaic floors gleam underfoot. 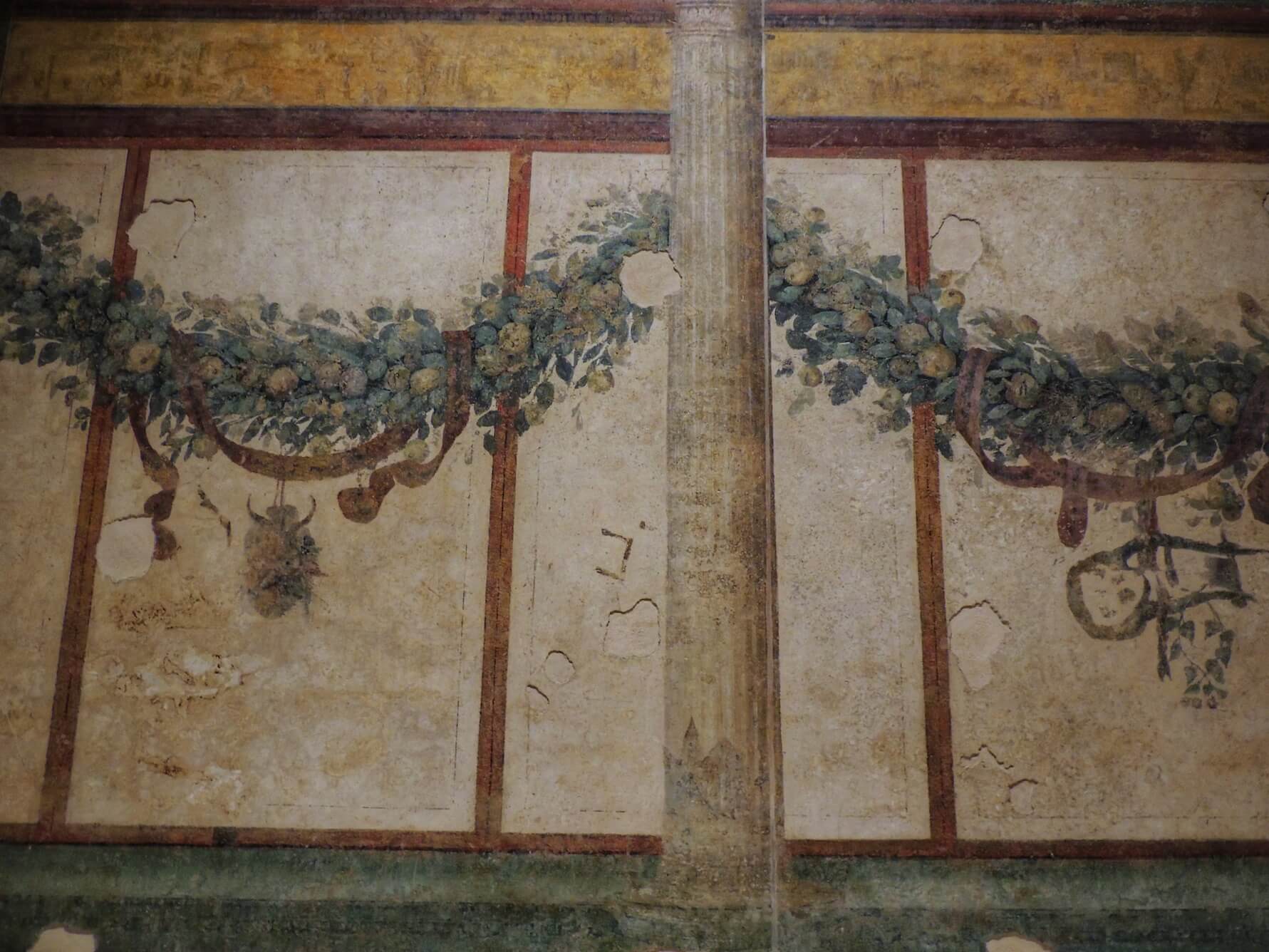 Here too the decorations in the House of Livia date from the so-called Second Style, and feature fictive architecture, imaginary landscapes and mythological scenes framed by fantastic geometrical motifs. 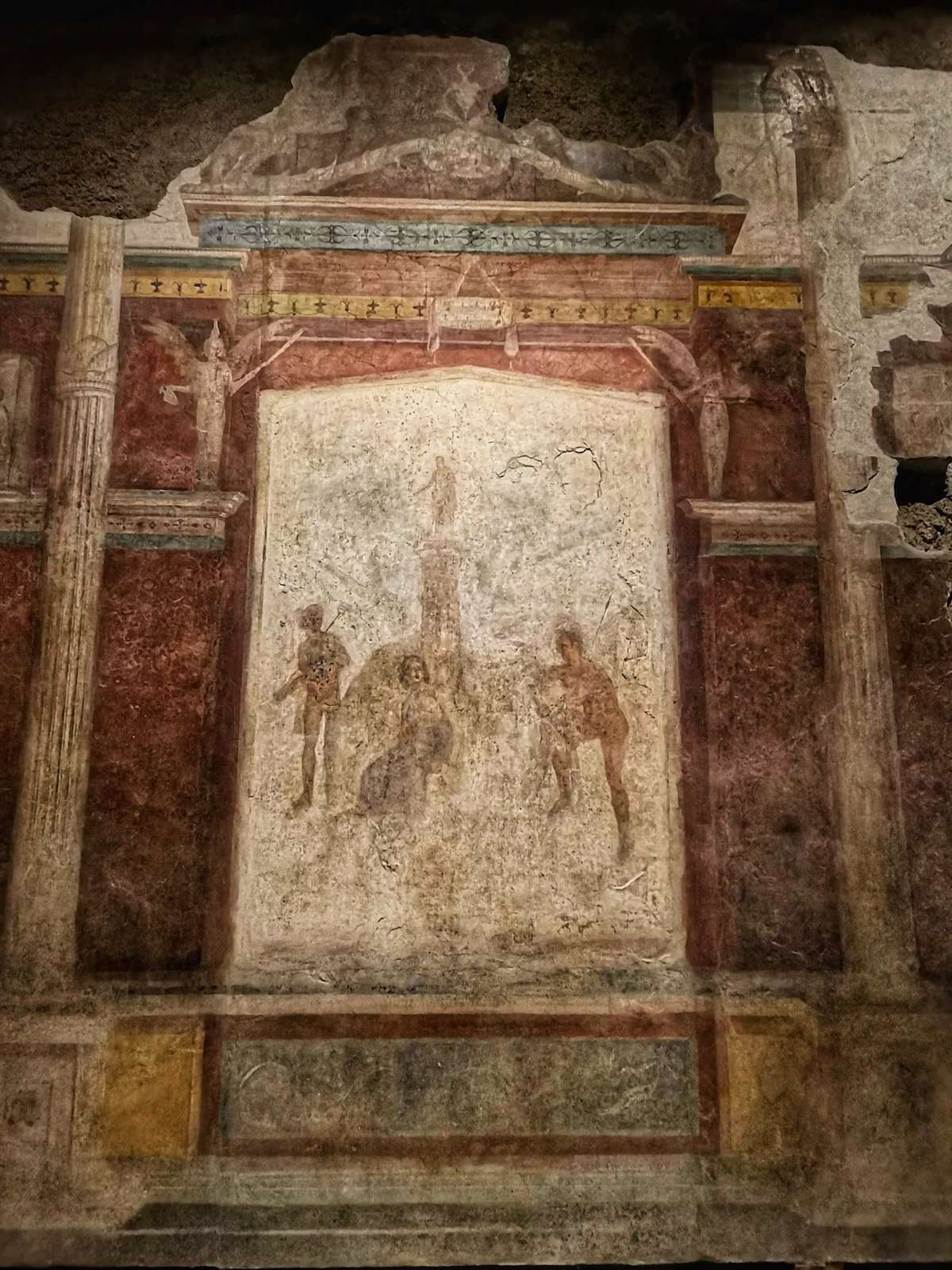 The central tablinium is known as the Room of Polyphemus, thanks to a large fresco (now sadly illegible) depicting the story of the one-eyed monster’s love for the sea-nymph Galatea on the far wall. On the room’s other walls frescoes depict Mercury rescuing Io as well as various architectural ensembles. 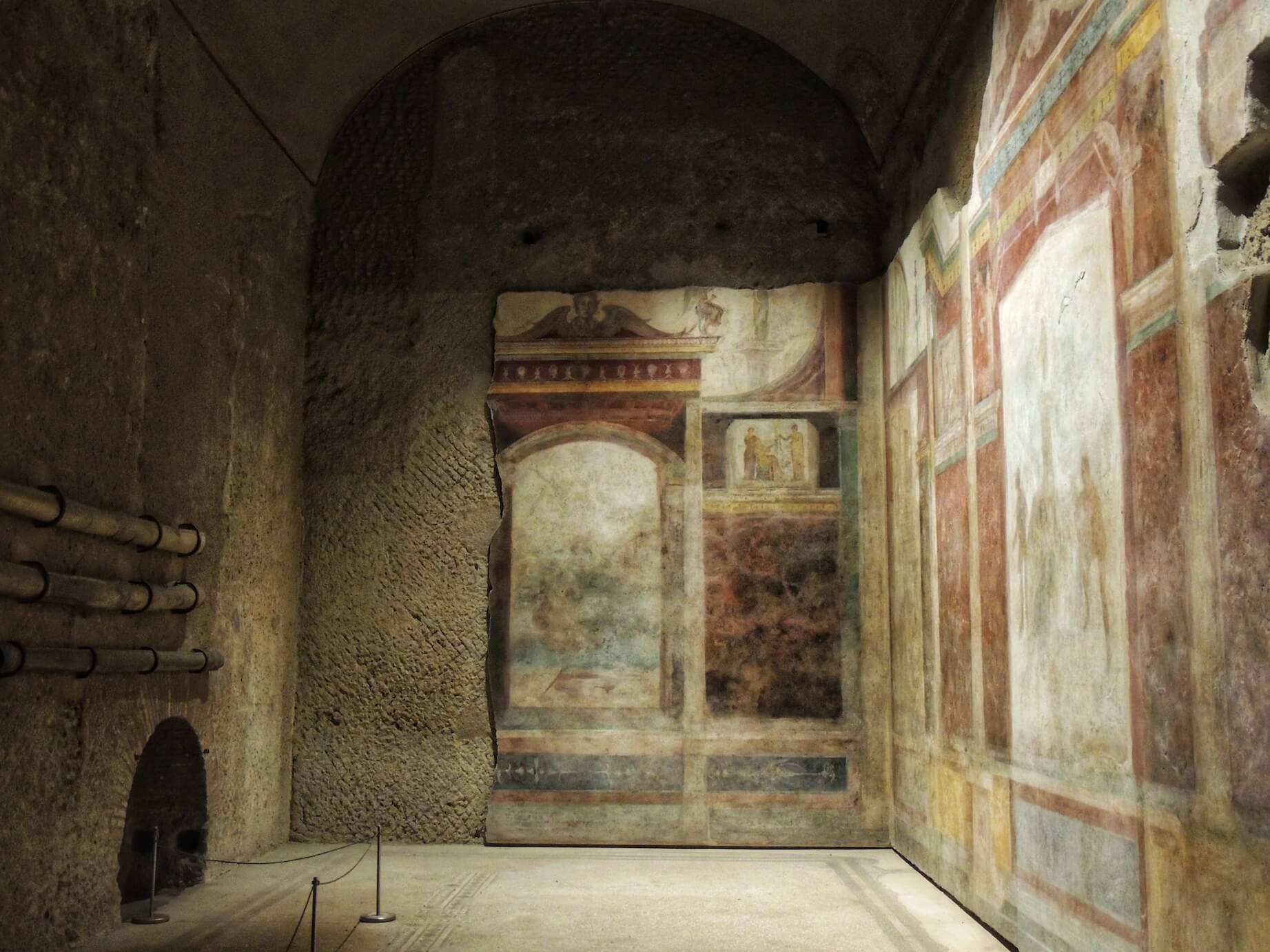 Other rooms feature stunning festoons and garlands, along with fantastical creatures and trophies. The triclinium, or dining room, is decorated with beautiful landscapes framed by illusionistic architecture in brilliant shades of red. 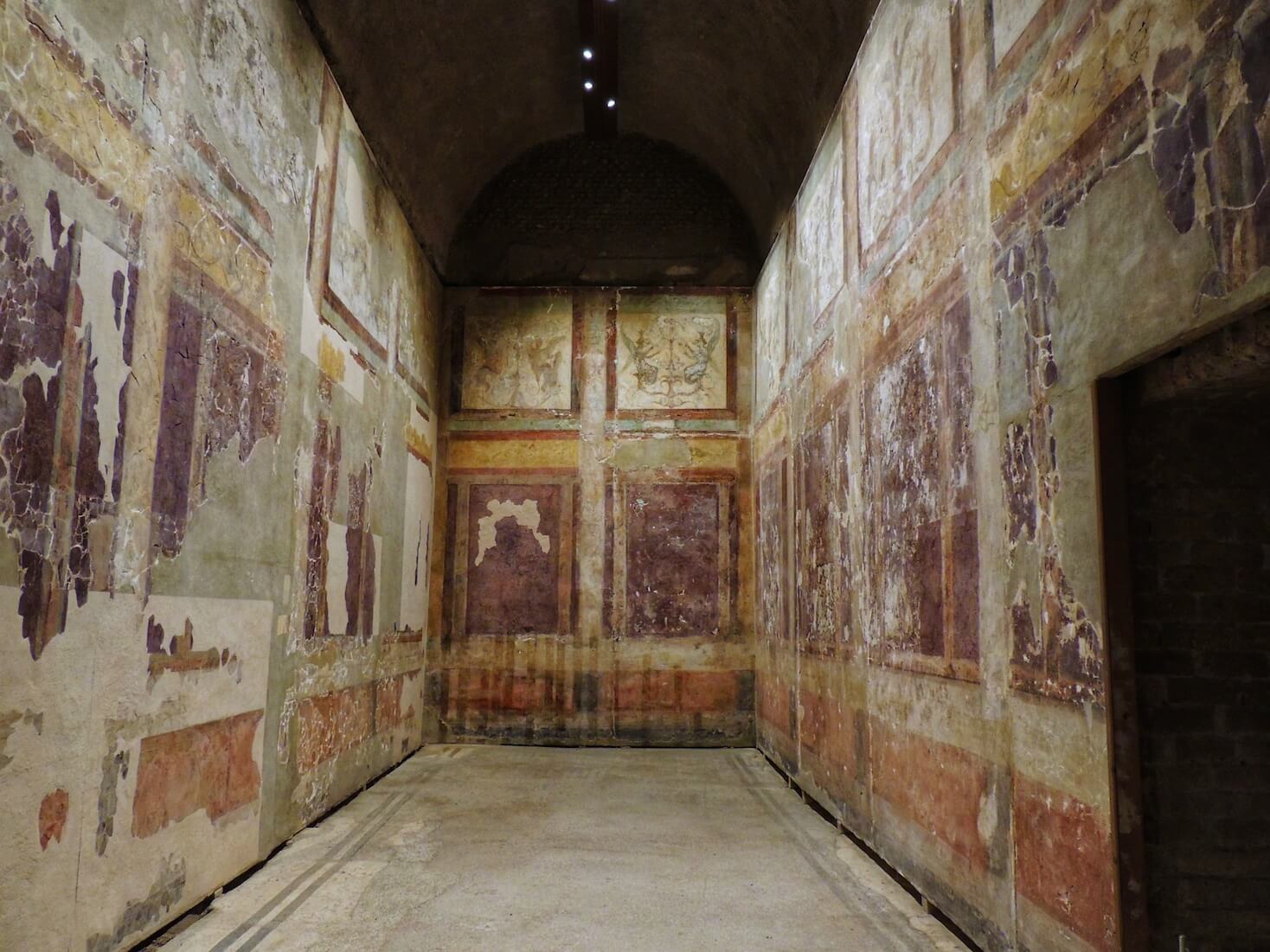 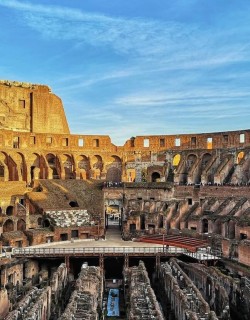 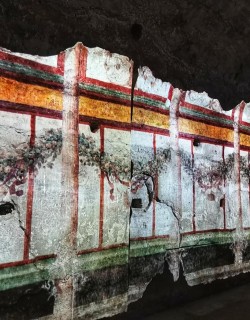