Renaissance Florence was bursting with talent. Michelangelo, Brunelleschi, Alberti, Donatello and Ghiberti were just some of the artists transforming the city. Some of the most beautiful paintings and sculptures of the Renaissance were created in Florence, and centuries of visitors have been awestruck by the sheer density of masterpieces.

The most famous sculpture in Florence is undoubtedly Michelangelo’s David, but there’s another equally striking artwork that has come to represent the city. In the Loggia dei Lanzi of the Piazza della Signoria is an extraordinary bronze statue, turning green with age. Perseus stands naked and triumphant on the body of Medusa, proudly displaying her decapitated head, with its tangle of snakes instead of hair.

Greek mythology was a popular topic for artworks, and this statue is far from the only depiction of Perseus or Medusa in Renaissance art. Caravaggio’s Medusa hangs in the nearby Uffizi, along with Piero di Cosimo’s painting of Perseus freeing Andromeda. But it is the statue of Perseus with the head of Medusa, the masterpiece of the polymath Benvenuto Cellini, that is the definitive representation of the myth. Perseus represents not only the triumph of the hero, but also the power of the Medici family, who commissioned the work.

Cellini was a prolific artist, who produced many masterpieces during his long and productive career. A true Renaissance man, Cellini worked as a sculptor, goldsmith, musician and soldier. He made bronze statues, medallions, crucifixes and chalices, with patrons ranging from royalty to Popes. These influential connections furthered his career, and also saved him on more than one occasion.

Cellini’s extraordinarily colourful personal life makes the lives of other artists look tame by comparison. During his long and eventful life he had affairs with his female models and male apprentices, murdered his brother’s killer, survived a couple of attempted poisonings, and came close to execution during his imprisonment in the notorious Tor di Nona prison in Rome. His turbulent time in the Eternal City is one of the many secrets to be uncovered on our Rome tour.

It was the intervention of cardinals and aristocracy that led to Cellini being pardoned or released. One day he was a prisoner, the next he was a guest in the Cardinal of Ferrara’s palace, continuing to work on his masterpieces.

He made many enemies, and had rival artists like the sculptor Bandinelli hurling insults at him in the street; Cellini apparently objected to being called a “sodomite”, even if it was technically true, and one of the reasons why he had once been fined and imprisoned. Yet the hostility towards Cellini was undoubtedly caused, at least in part, by jealousy. Aside from Michelangelo, Cellini was arguably the most talented artist working in Florence at the time, and his reputation was legendary. When he died at the age of seventy, in the same city where he had been born and spent most of his life, he was buried “with a grand pomp” in the church of the Santissima Annunziata. The monk giving the sermon praised Cellini’s work and his “excellent moral qualities”, which may have raised an eyebrow in the congregation.

These days it’s only the readers of Cellini’s scandalous autobiography who know the details of his life, but his art continues to turn heads all over Florence. On our Florence group tour you will discover the city of the Medici, and the masterpieces of the Renaissance. Seeing Cellini’s statue of Perseus and Medusa with your own eyes is an unforgettable experience, one of the many highlights of our Florence walking tours. 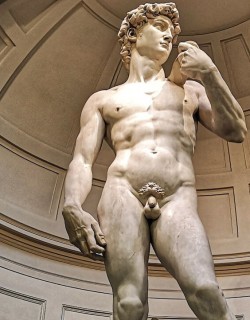 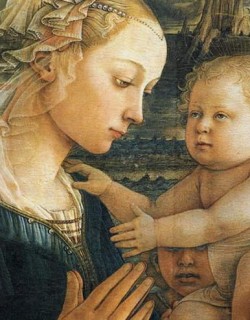