Torture by the Tiber: Tor di Nona prison in Rome 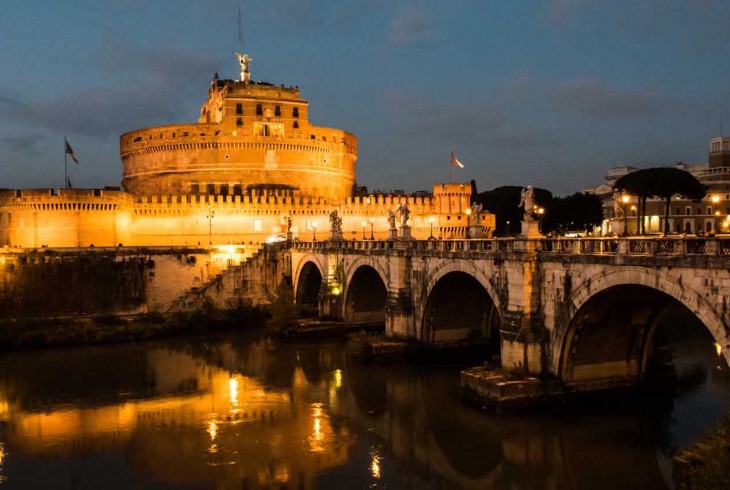 Admiring the views of Castel Sant’Angelo and the peaceful riverside today, it’s difficult to imagine that this part of Rome was once the location of torture and executions. In the fifteenth century the tower of Tor di Nona was a terrifying symbol of papal power, where prisoners ranged from ordinary criminals and heretics to famous names such as Caravaggio, Benvenuto Cellini and members of the Cenci family.

Before being taken to the dungeons of Tor di Nona, prisoners would have faced the grisly sight of the impaled heads of their predecessors lining the river. The heads were a warning to heretics and other law-breakers, but for the prisoners it was too late. They were already descending into the darkness of the prison, knowing that the next time they saw daylight, it might be on the occasion of their execution. The piazza in front of the prison was one of the busiest execution sites in Rome, and there are stories of such overcrowding near the bridge that eager spectators fell into the Tiber and drowned.

Even if the prisoners were not condemned to execution, they still faced an ordeal in Tor di Nona. The prison was infamous for its dank, windowless cells, which were given names such as “Heaven”, “Purgatory” and “Hell”. The most appropriate name was undoubtedly “Hell”, considering the suffering of the prisoners. Torture was commonplace, and prisoners were often deprived of sleep and subjected to the thumbscrew. Those who were not decapitated risked a slower death; when the Tiber flooded in 1496 many prisoners drowned.

The artist Benvenuto Cellini was one of the more distinguished prisoners, sent to Tor di Nona not for the murders he had committed but for the theft of some jewels. He escaped by climbing out of the window, with the help of some sheets that had been tied together, but after only a few months he was arrested and imprisoned again. He was not the only artist to serve repeated stints in Tor di Nona. Caravaggio was sent to the prison for defying a ban on weapons – he was spotted wandering around with a sword near Piazza Navona – and returned to Tor di Nona after being accused of damaging a woman’s house.

Cellini and Caravaggio survived their imprisonment, but not all prisoners were so lucky. The philosopher Giordano Bruno spent his final days in Tor di Nona before his horrific execution in Campo De’ Fiori. The somber statue in the piazza is a memorial to Bruno, who was burned alive, having been accused of heresy by the Roman Inquisition.

Giacomo and Bernardo Cenci were also imprisoned in Tor di Nona for the murder of their tyrannical father. Giacomo was executed on a scaffold on Ponte Sant’Angelo, along with his step-mother and sister, Beatrice Cenci. The tragic life of Beatrice became a source of inspiration to artists such as Caravaggio, who was witness to the execution, as well as innumerable writers, including Percy Bysshe Shelley and Nathaniel Hawthorne.

While the story of Beatrice Cenci remains well-known, her brothers have been almost forgotten. The young Bernardo was spared death but forced to watch the executions of his brother, sister and mother, fainting several times. Afterwards, he was sent back to Tor di Nona, condemned to life imprisonment.

These days, the name “Tor di Nona” means little more to most locals than a street or a bus stop, a scenic stretch of the river opposite Castel Sant’Angelo. As no trace of the prison remains, it has become one of Rome’s secrets, a hidden part of the city’s dark history. To learn more about the violent past of Rome, join our secret Rome tour.