A Visit to Padua: What You Need to See on a Day Trip from Venice Part 2 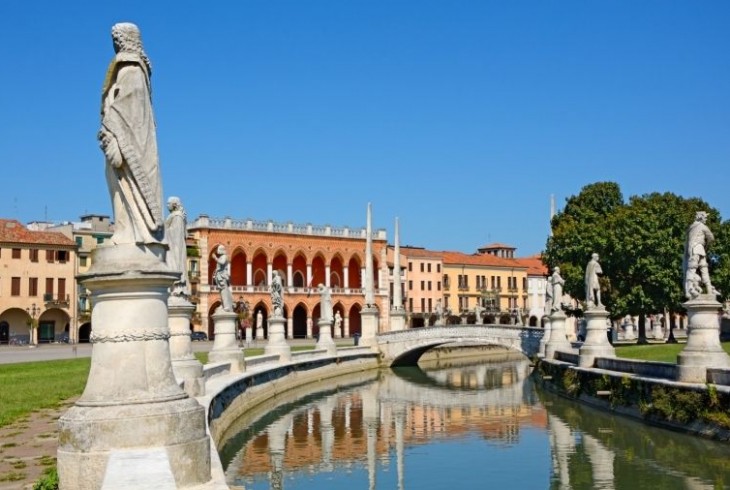 For a sneak peak of what’s in store on a visit to the city, watch our episode of TE Destinations: Padua and discover why you need to take a trip to Padua. 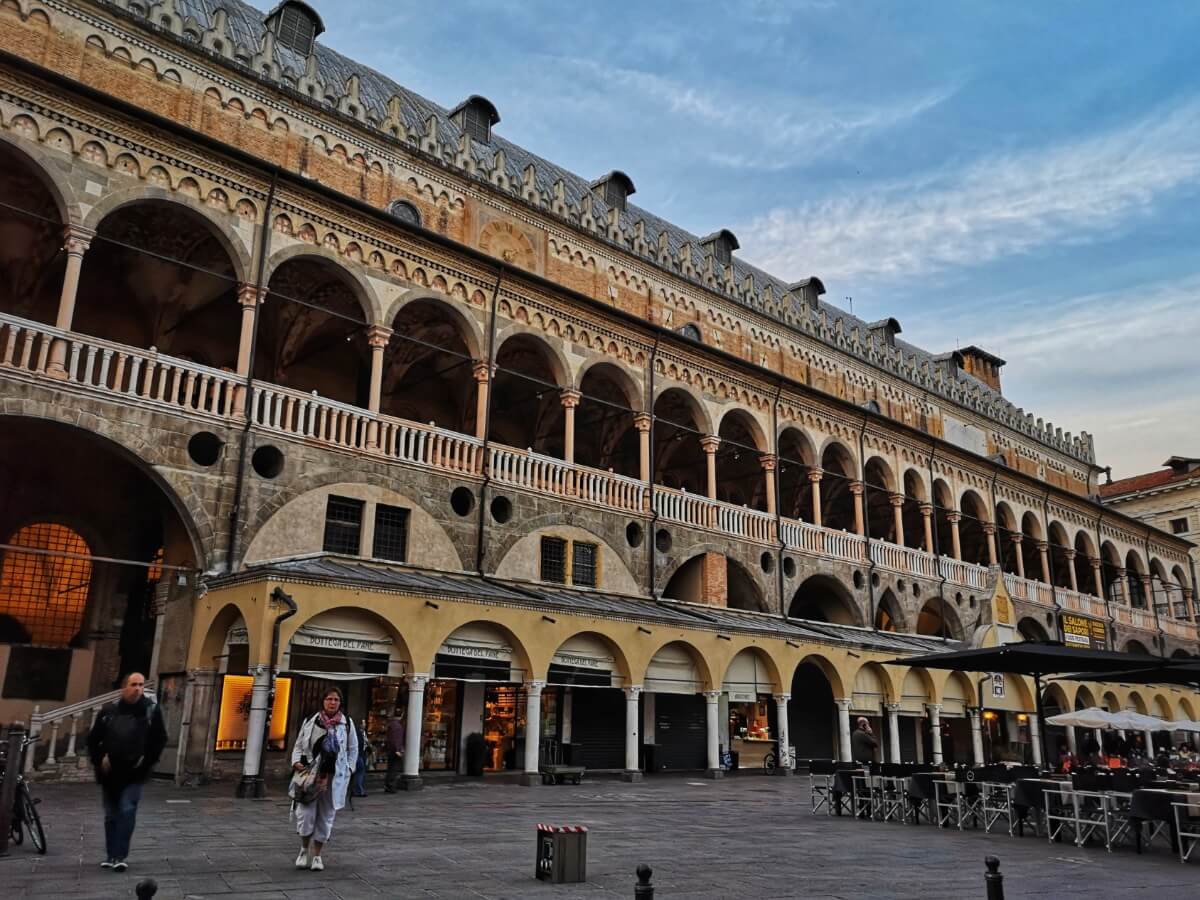 In downtown Padua, all the action happens around the twin squares of Piazza delle Erbe and Piazza della Frutta. The piazzas are separated by the hulking bulk of the beautiful gothic Palazzo della Ragione (known to locals as Il Salone, or the Great Hall), where a series of early-modern frescoes recount the civic story of the city. Each day a bustling market occupies the ground floor of the palazzo as well as both of the adjoining squares. The so-called Mercato del Sottosalone has been operational for over 800 years, making it one of Europe’s oldest markets.

Stop off at the vendors selling local delicacies from their shops in the arches of the palazzo and buy yourself the makings of a feast - cheeses, salami and prosciutto predominate, but make sure to sample the Veneto specialty baccala mantecato from Gastronomia Marcolin, whose creamed cod is the best in the city. At aperitivo hour grab yourself a seat at one of the many cafes lining the squares for a mean spritz and some grade A people watching. 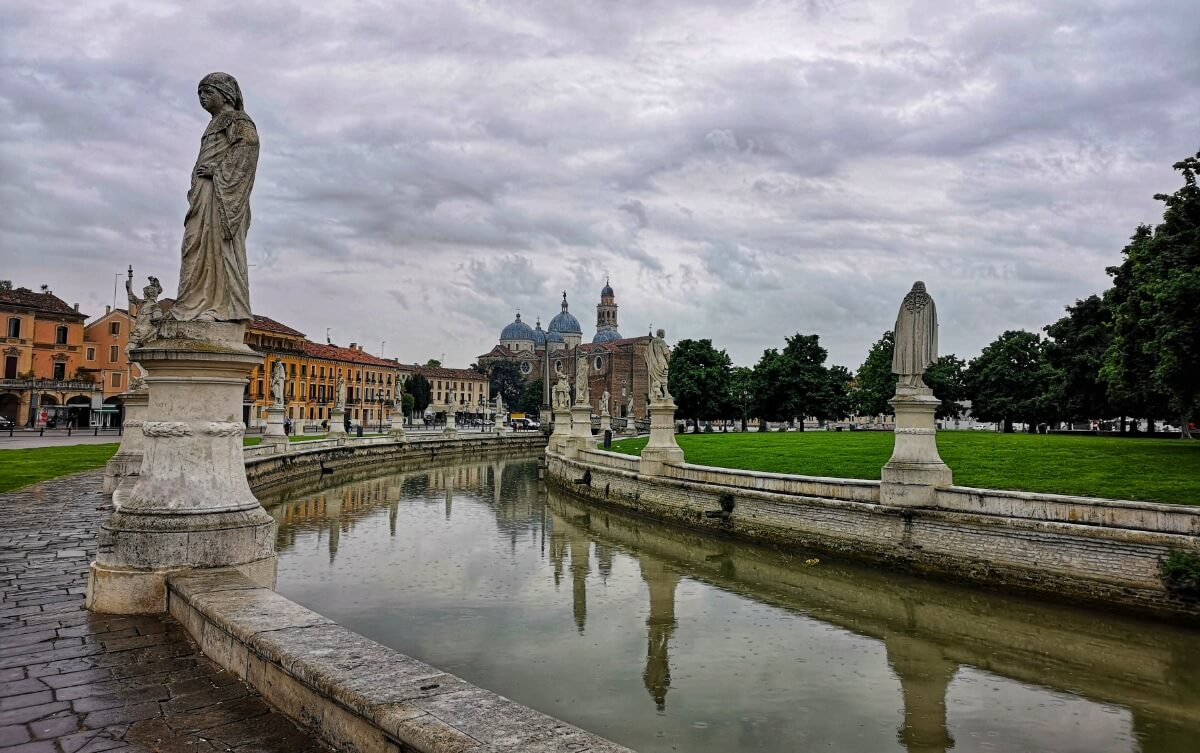 Extending over 90,000 square metres, elliptical Prato della Valle is Italy’s largest square. A swampy wasteland on the edge of town until the mid-seventeenth century, today the Prato is constituted by a central island (l'Isola Memmia) circumscribed by a man-made canal ringed with statues. The highly regimented landscaped design was the brainchild of Venetian politician and diplomat Andrea Memmo, whose sculptured likeness presides over the Prato. In fact no fewer than 78 statues adorn the square in two rings either side of the canal, chiselled by a variety of local artisans between 1775 and 1883. These days the Prato is the perfect place for a morning jog or stroll in the imposing shadow of the nearby Abbey of Santa Giustina. 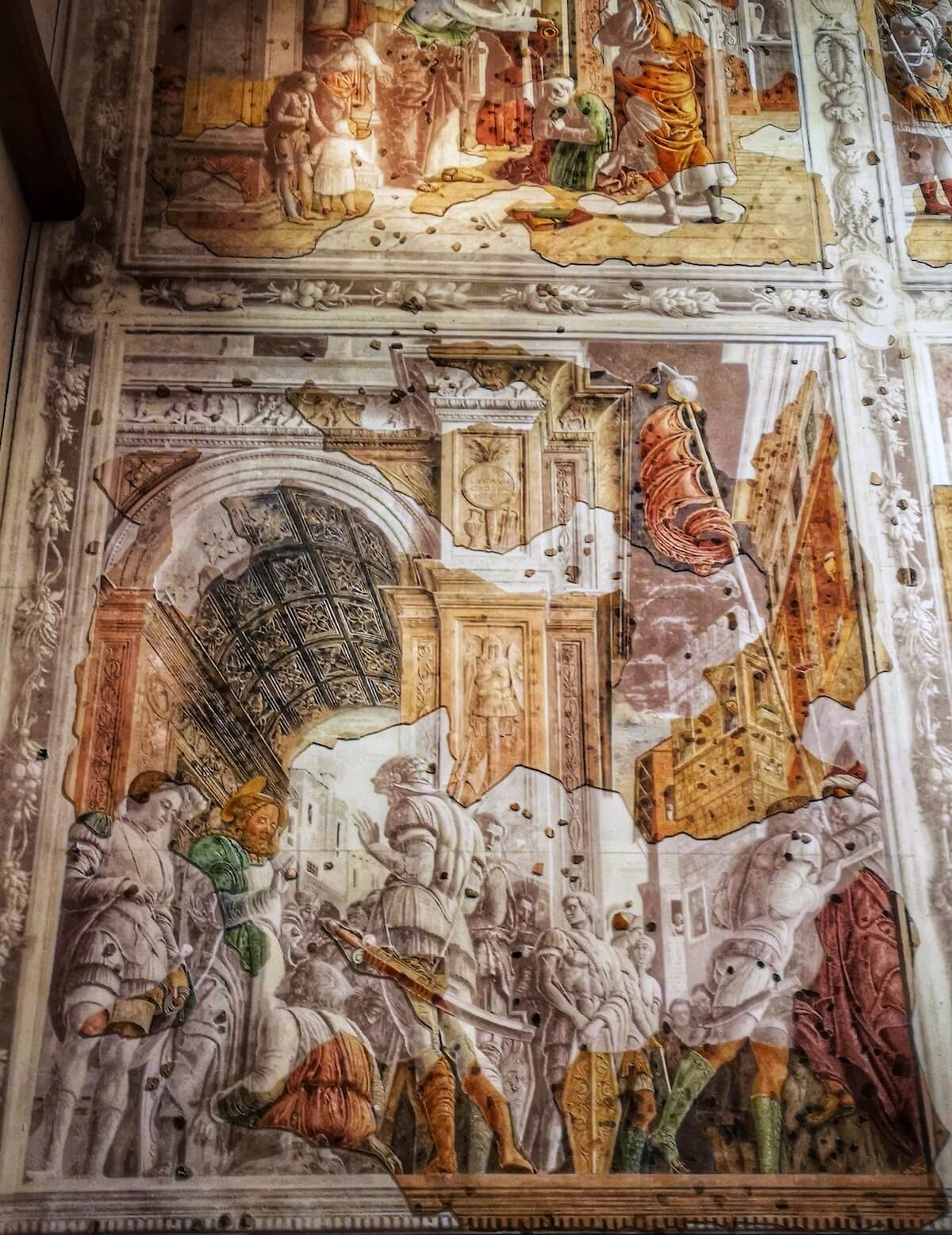 Andrea Mantegna is probably the finest artist Padua has ever produced; famed for his bold experiments in perspective, Mantegna played a crucial role in developing understandings of pictorial space in the mid-fifteenth century. Although he was to leave his hometown to pursue his fortune as a young man after just a few years in the workshop of local master Francesco Squarcione, the extraordinarily precocious Mantegna had already left behind an indelible demonstration of his talent in the Padua church of the Eremitani. 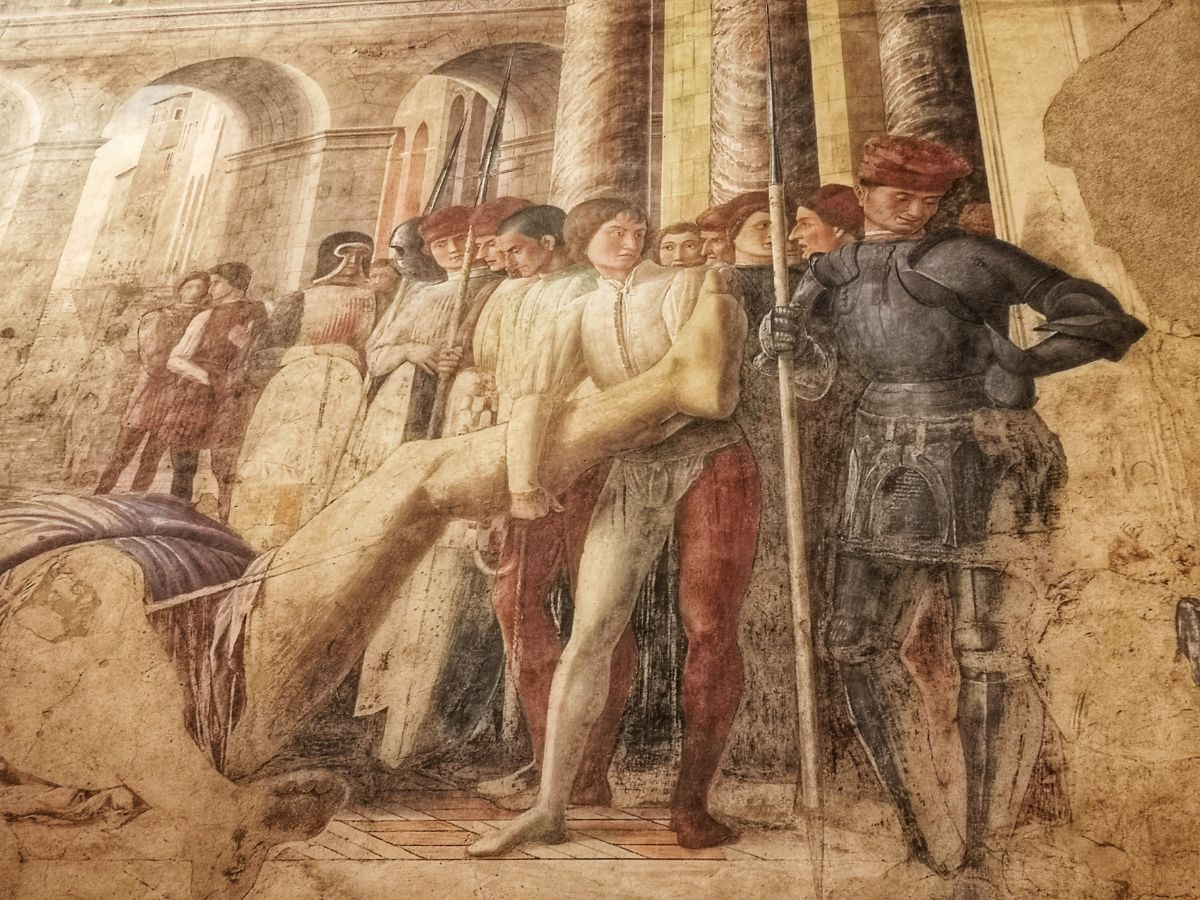 Commissioned from the will of the wealthy notary Antonio Ovetari, the Ovetari chapel features frescoes depicting the life of St. James and St. Christopher. The striking 3-dimensionality and inventive perspectives characteristic of these paintings would become the painter’s hallmark, most obvious in the worm’s-eye view Mantegna employed in St. James led to Execution. The frescoes were largely destroyed by an Allied bomb in 1944, but the salvaged fragments of the paintings have been painstakingly restored, and today once again give a vivid insight into Mantegna’s original genius. 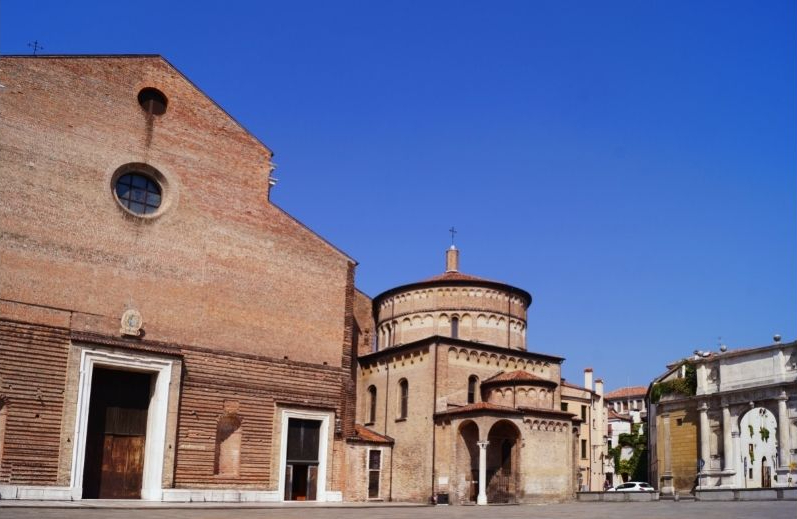 Padua’s spectacular baptistery is a triumph of medieval artistry. Begun in the 12th century and completed in 1281, outside the baptistery is a complex confection of Romanesque architecture, whilst one of the great pictorial schemes of the Middle Ages lurks within. 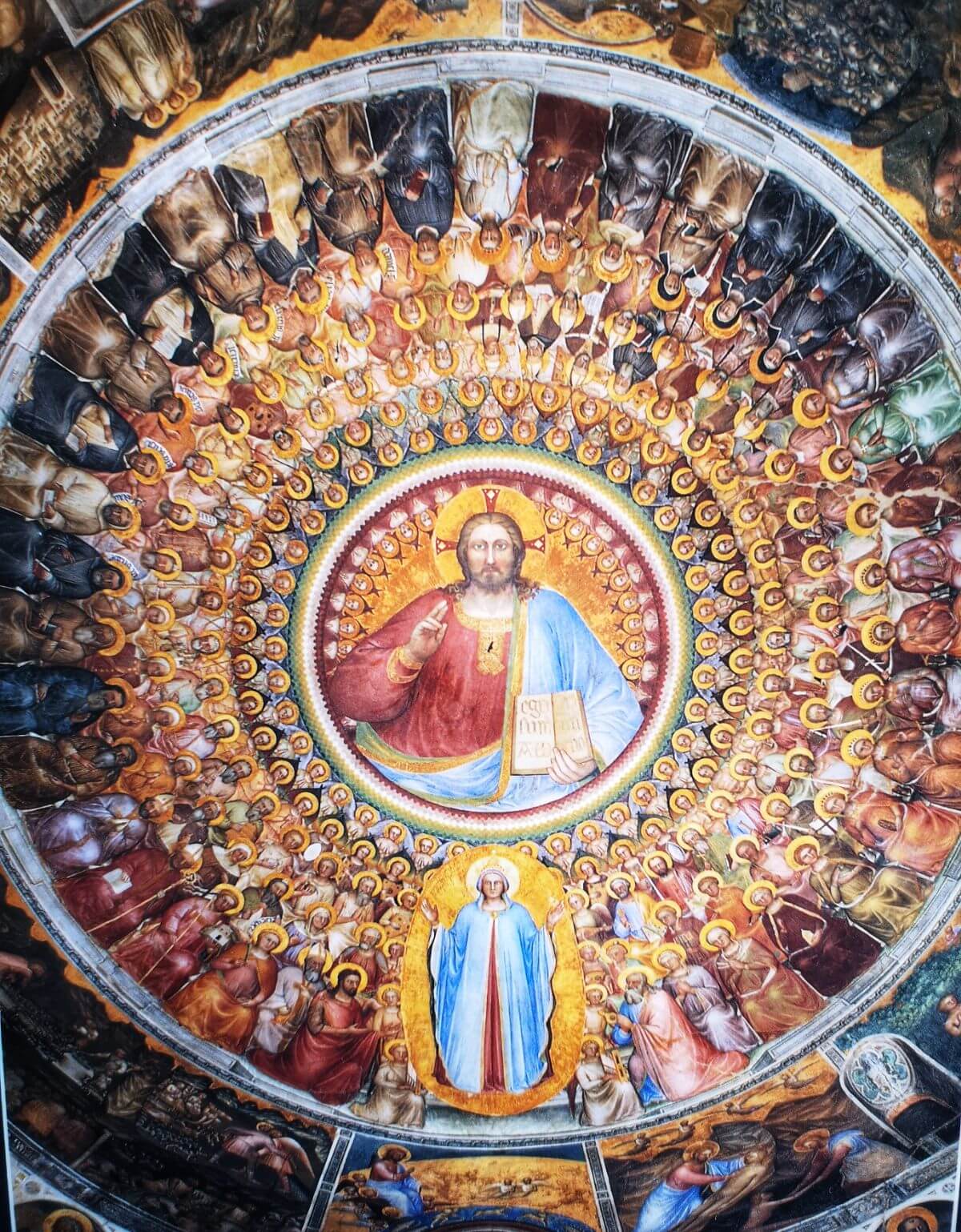 Giusto de’Menabuoi was hired by Fina Buzzicarini, wife of a powerful local official and an important figure in her own right, to fresco the interior with a bewildering array of religious themes in the 1370s. At the centre a Christ Pantocrator is surrounded by row after row of saints and angels, like some great heavenly wheel. Scenes from the Lives of Saint John the Baptist, Mary and Jesus, Scenes from Genesis, a massive Crucifixion, the Descent of the Holy Spirit and fantastical beasts and monsters drawn from the Book of Revelations complete the dizzying decorations, all painted with immeasurable skill by the incomparable Giusto. 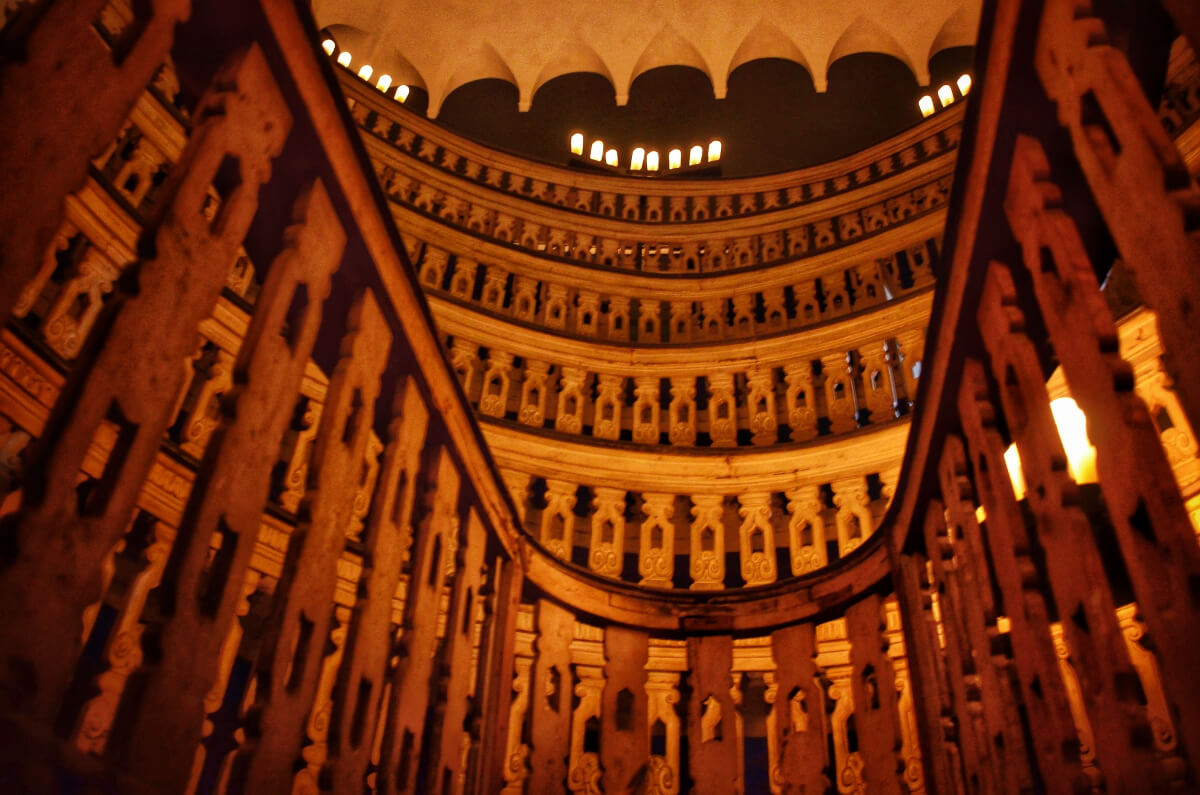 Padova boasts Italy’s second oldest university (founded by exiled academics from Bologna in 1222), and no visit to the city would be complete without dipping into this august academic heritage. Beautiful Palazzo Bo has been the seat of the university’s law school since 1493, and the elegant Renaissance edifice is also home to the world’s oldest anatomical theatre. Built in 1594 and perfectly preserved even today, at the centre of the stunning wooden theatre is a dissection table surrounded by rows of seating from which students would watch the bloody anatomical displays. Sources recount that in order to lighten the mood, dissections were frequently carried out to the accompaniment of live musical performances.

The palace is also host to the Sala dei Quaranta, where the wooden chair of Galileo is a reminder that the great astronomer taught here between 1592 and 1610. You can visit the Palazzo and the anatomical theatre on free guided tours - buy your ticket in the palace courtyard.

Through Eternity offer customised tours of Padua led by expert local guides - if you’re planning a visit to this fascinating medieval city or would like to organise a day-trip from Venice, then be sure to check out our Best of Padua tour or get in touch with our travel experts to arrange a bespoke itinerary!