The Colosseum Underground: Backstage at the Ancient World’s Deadliest Arena 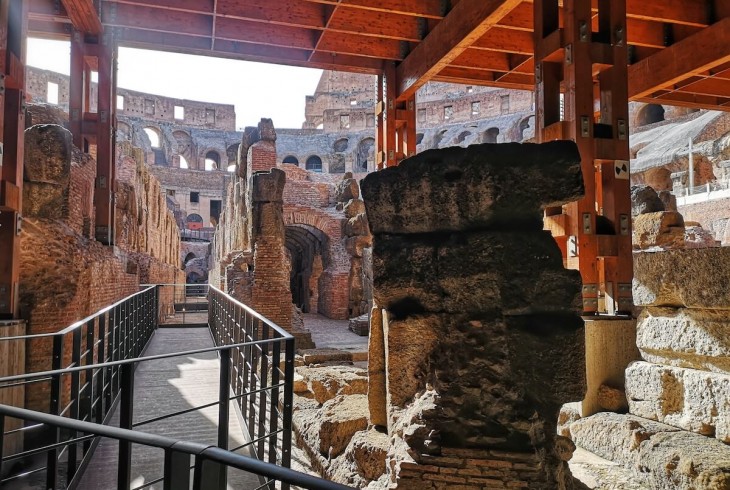 Through Eternity Tours were extremely excited to be amongst the first to have the privilege of experiencing the brand new, extended access to the fascinating underground areas of the Colosseum after their recent reopening. If you've been lucky enough to join one of our Colosseum underground tours in the past then you'll know this is the best way to visit the ancient amphitheatre - and new access to previously off-limits areas in the complex web of tunnels makes the experience even better.

To mark the occasion, this week on our blog we’re heading beneath the ancient amphitheatre to explore these underground areas and show you why no visit to the Colosseum is complete without a trip into the darkly atmospheric world below . 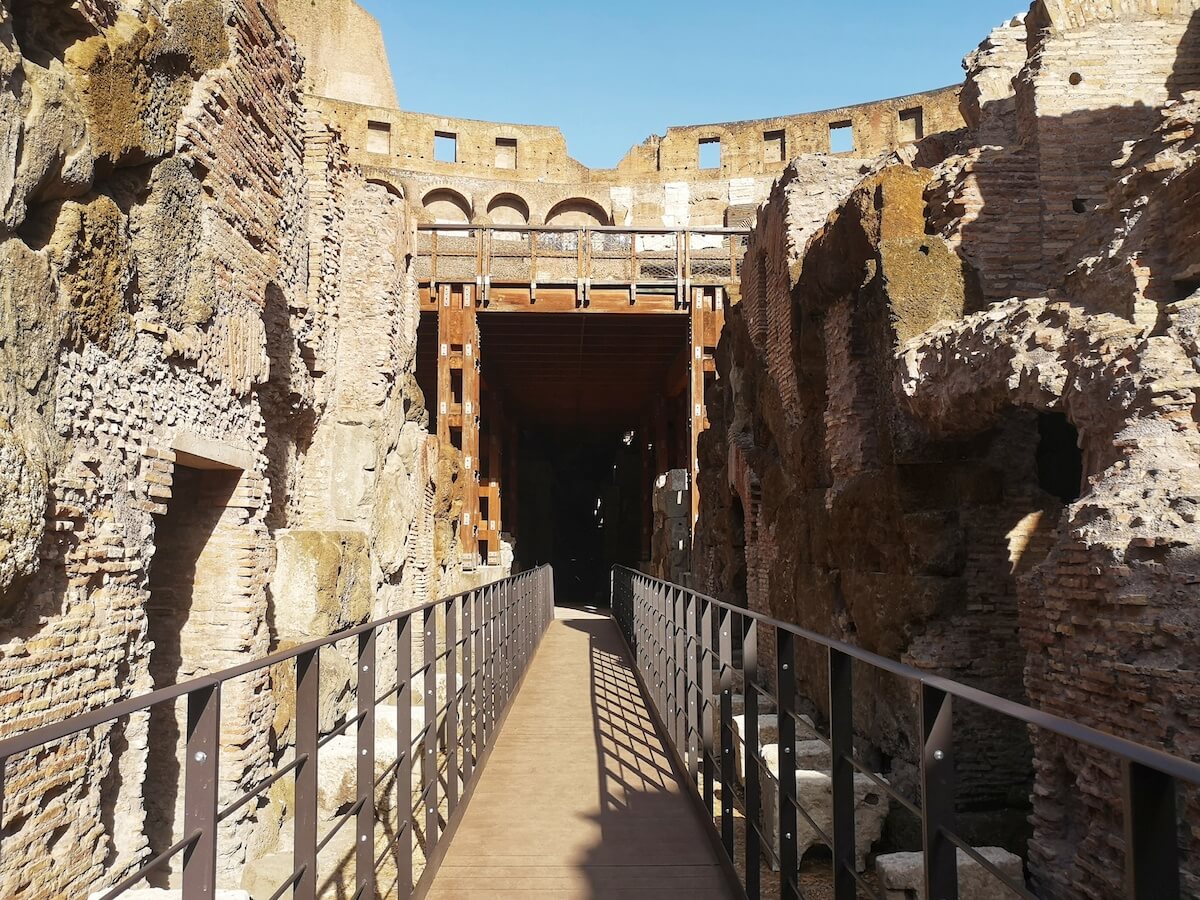 If you have ever come to Rome, then you’ve probably visited the Colosseum. Built as a gift to the people in 70 AD by the emperor Vespasian, the Flavian amphitheatre hosted crowds of 65,000 people who flocked here to witness violent gladiator combats and exotic wild animal hunts from bleachers soaring into the Roman sky. Even today the ruined Colosseum’s magnificent rows of classical arches speak eloquently to the grandeur of the ancient edifice. But unless you have made the journey downwards to the areas hidden beneath the arena floor, you’ve only scratched the surface of this unique testament to the vaunting ambition of ancient Rome. 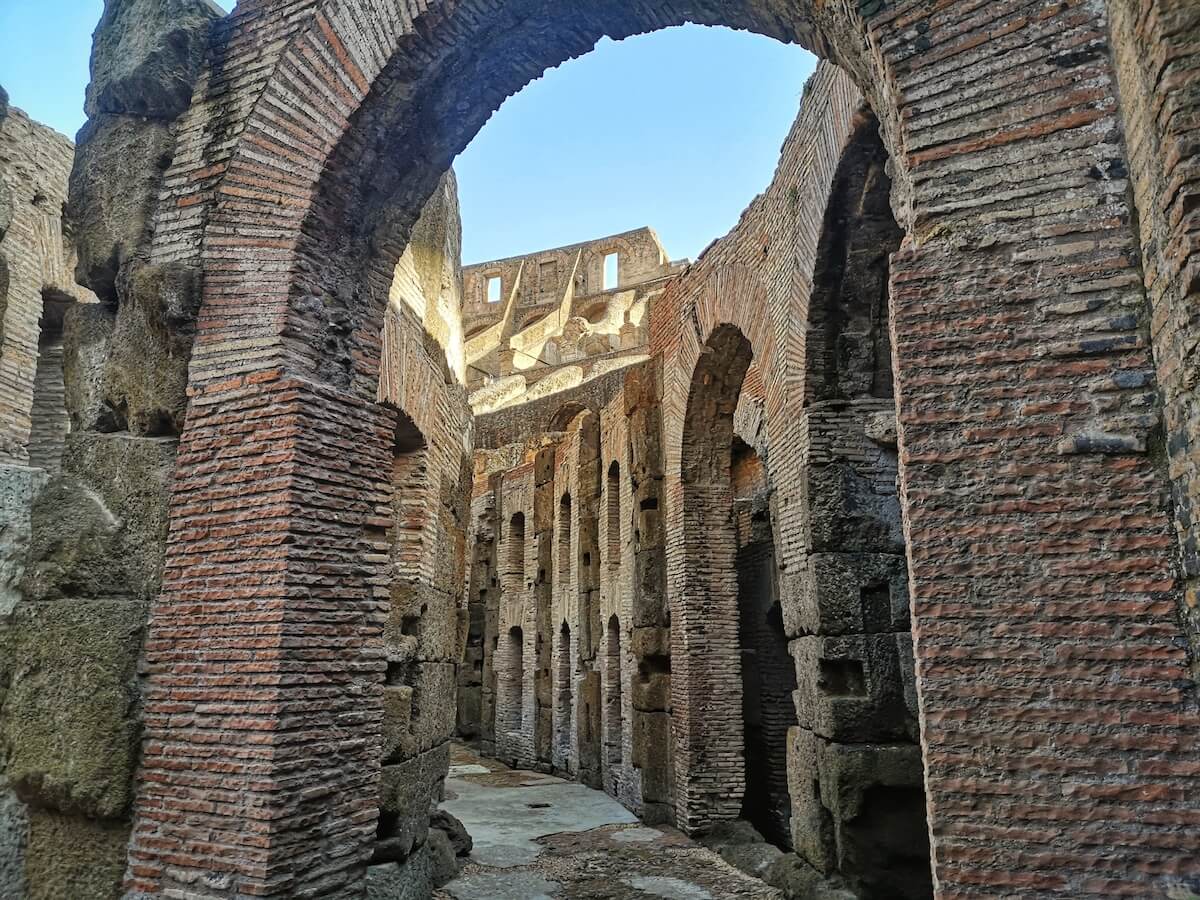 Indeed, the dark warren of tunnels and cells that were hidden beneath the arena floor is perhaps the most atmospheric part of the whole amphitheatre, and is an absolutely unmissable part of a visit to the Colosseum. Built a few years after the completion of the  rest of the amphitheatre, the so-called hypogeum (deriving from the Greek for underground) was the extraordinarily complex backstage to antiquity’s bloodiest theatre, a series of rooms and walkways where the extensive preparations required before and during the games were carried out. 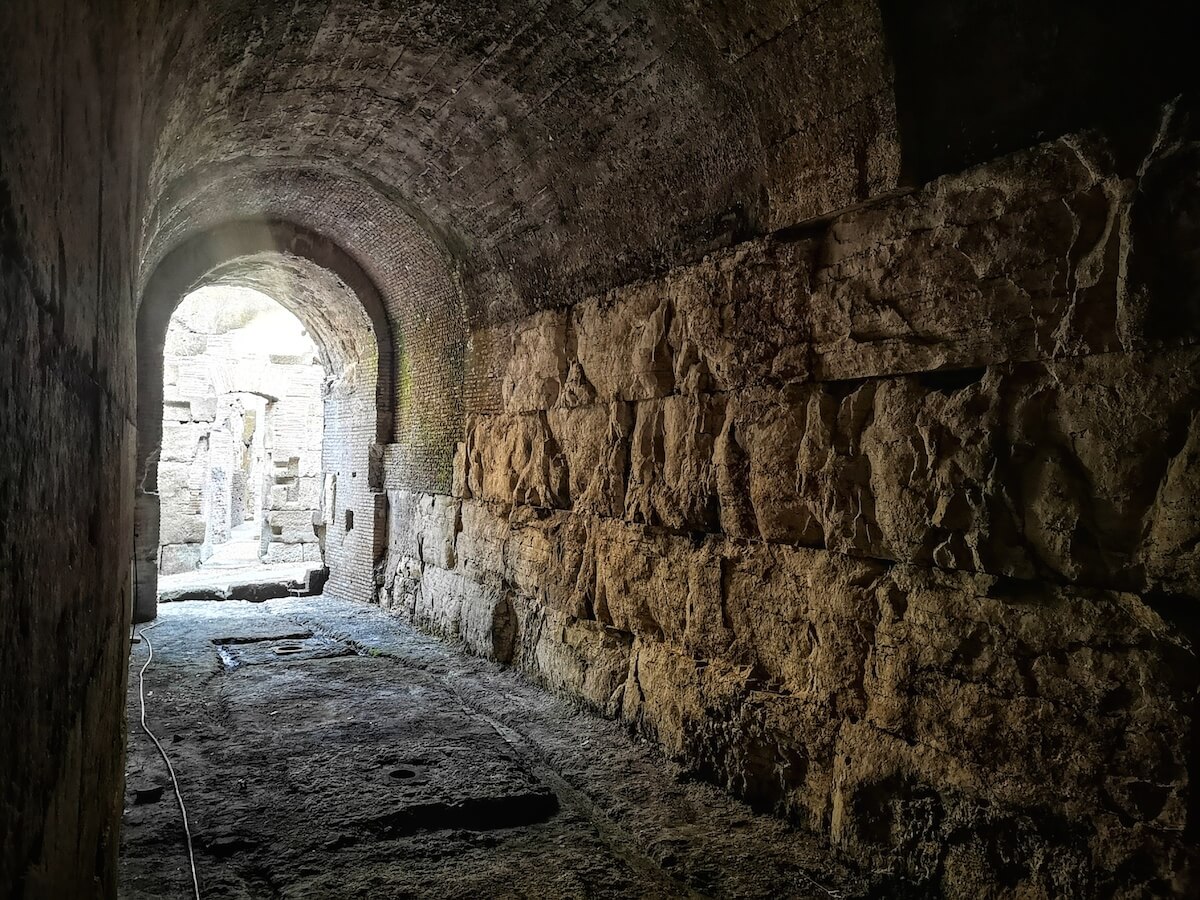 As you wander through these silent spaces today it might be hard to imagine that when the Colosseum’s games were at their peak the hypogeum was a hellish hive of activity. It was here that gladiators paced to and fro or sat silently contemplating their fate as they awaited their turn in the arena above. Here that furious wild animals, driven wild with hunger and ill-treatment were trapped in massive pens before being released to savage condemned criminals before being finally slain in their turn. Lions and elephants from Africa, Asian tigers and Scottish bears roared, growled and bellowed, creating a cacophonous din that must have been almost unbearable. 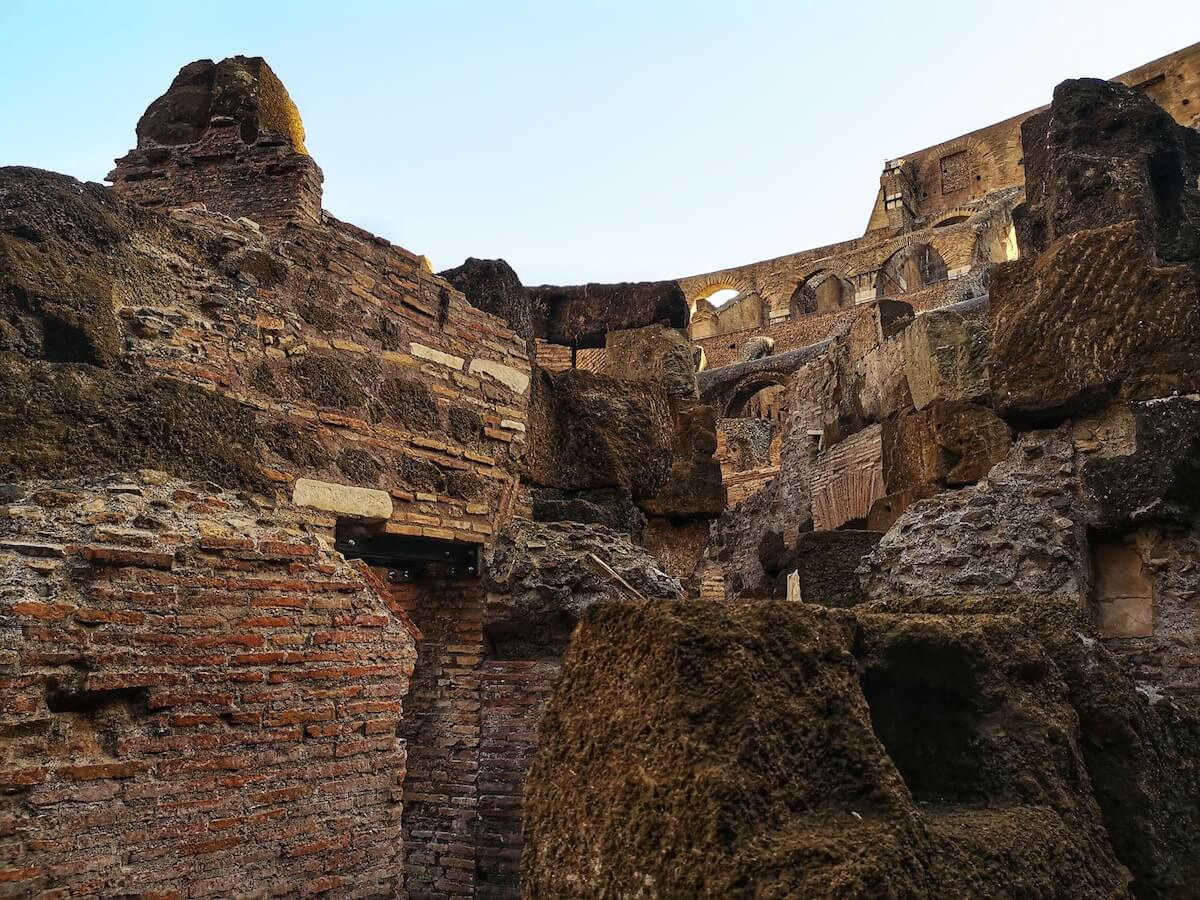 A series of elevators linked the hypogeum to the arena above, powered by massive capstans that were turned by slaves in backbreaking and relentless labour. One of these has been recreated based on painstaking archaeological research, giving a vivid insight into the ingenious and brutal engineering that made the games possible. At the top of the elevators were no fewer than 32 trapdoors out of which the animals might dramatically spring, surprising both the audience and the combatants already doing battle above, and sending rains of sand down into the already stifling hypogeum. 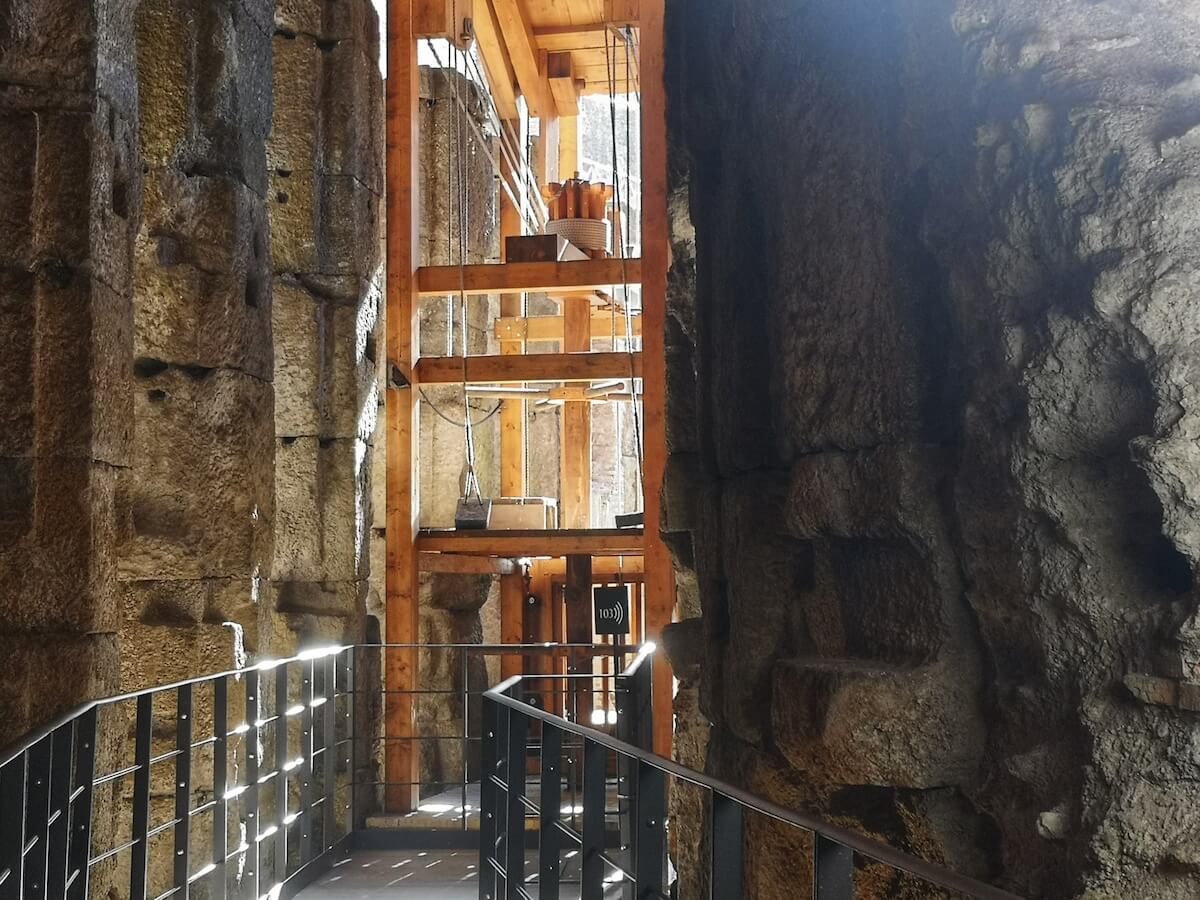 Of course, it wasn’t just the animals that made the journey upwards towards the deafening din the spectators ringing the arena above. On the day of the games, the gladiators themselves made their way from the nearby gladiator school and barracks known as the Ludus Magnus via an underground tunnel to the hypogeum before being handed their weapons, deadly instruments of their lethal art, as they awaited their star turns. In the Ludus Magnus they had trained with wooden weapons for fear that they might revolt, or kill themselves in desperation at their plight.

Tales of desperate prisoners condemned to die in the arena going to extraordinary lengths to avoid their fate abound in the ancient literature - the story recounted by Seneca of a German slave who choked himself  to death with a toilet brush rather than participate in the arena’s fatal entertainment is just the most lurid example. 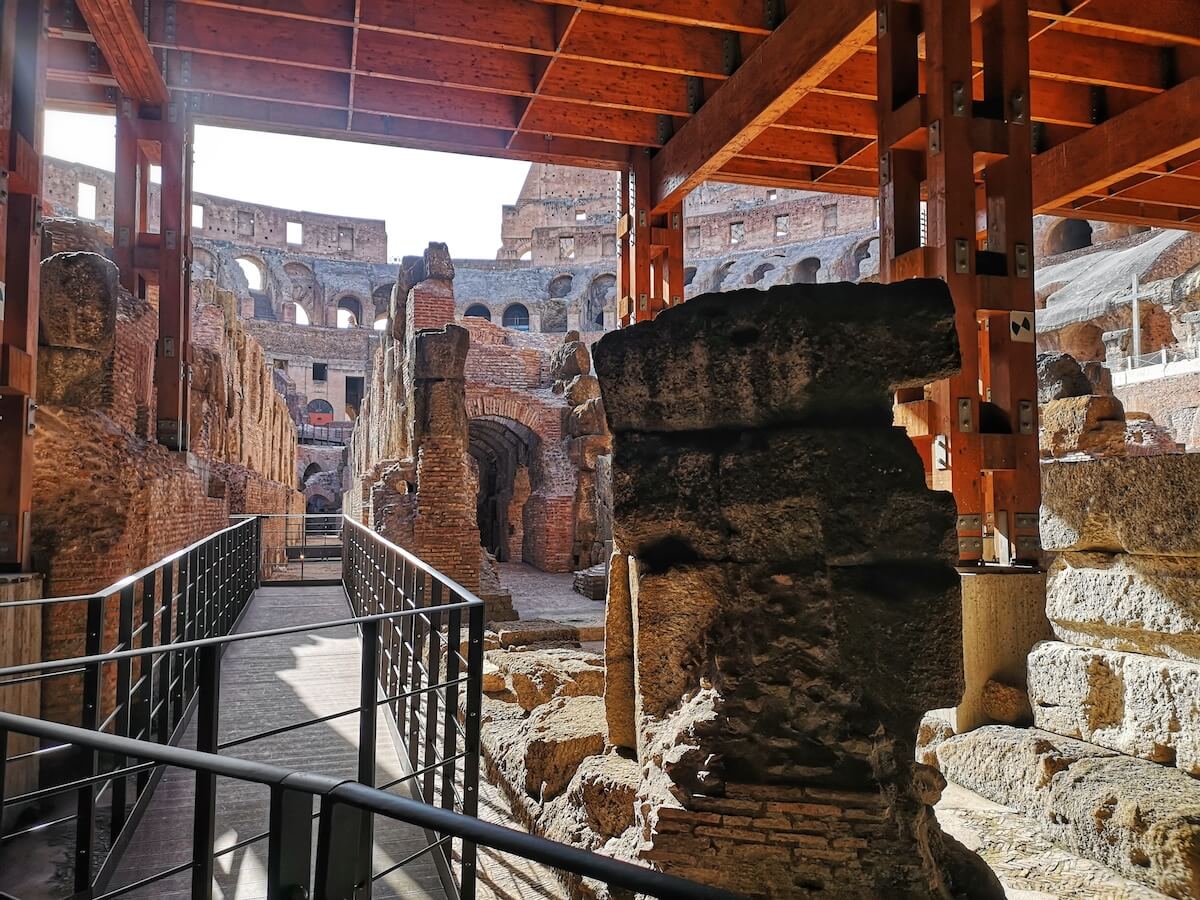 For the gladiators and condemned prisoners that did make it to the hypogeum, it must have been a terrifying experience. As the agonised screams of their maimed colleagues filtered down into the darkness - there were no windows down here, the blackness punctuated only be the by the guttering light of the torches illuminating grimy stone walls - who knows what thoughts ran through their minds as they awaited their summons to  the sands of the arena? 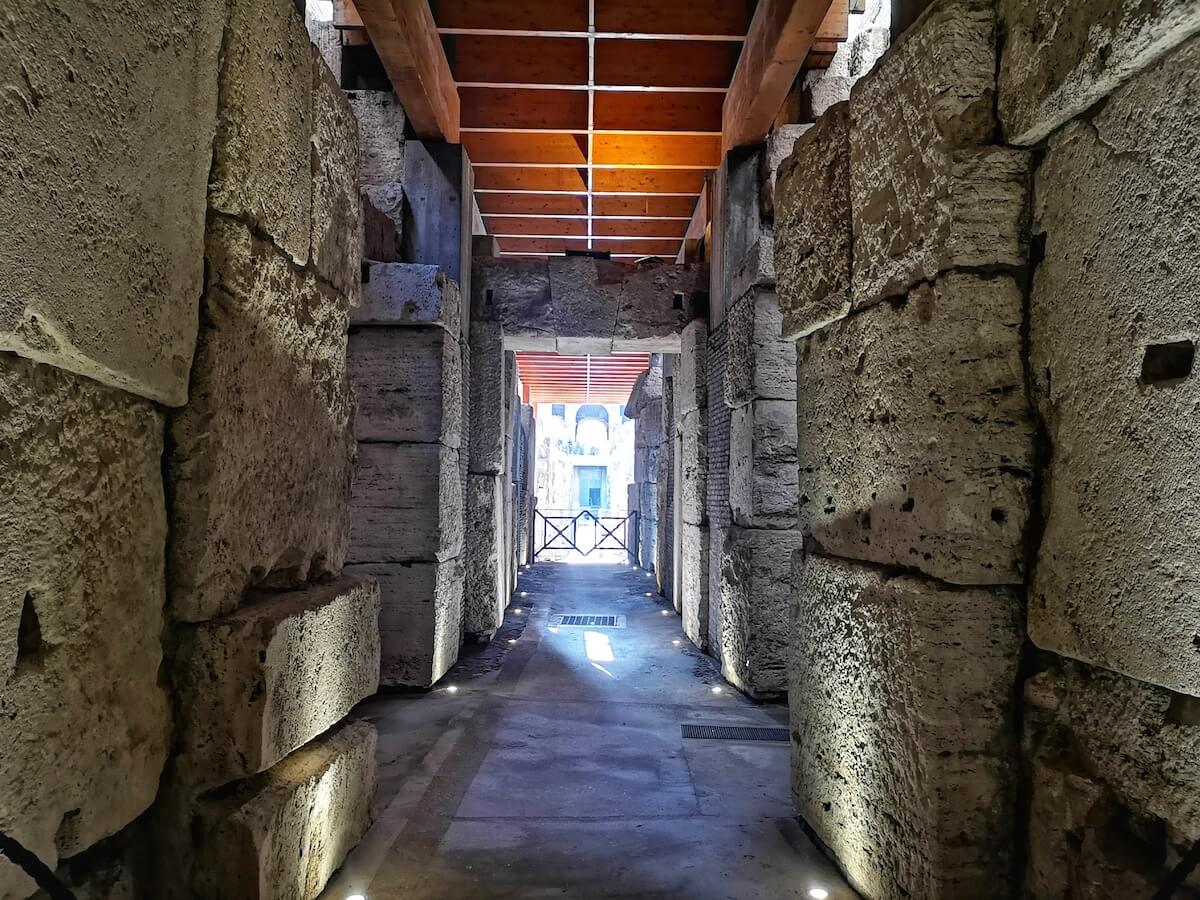 It was seriously claustrophobic down here, a chaotic world of gladiators and their trainers, slaves, animal handlers, soldiers and officials. All the props required to transform the arena into exotic landscapes during the animal hunts and the mythological re-enactments were kept here in storerooms, which yet more slaves would have to haul up to the arena when the time came to set up or change scenery, like the backstage of some enormous and gruesome theatre. 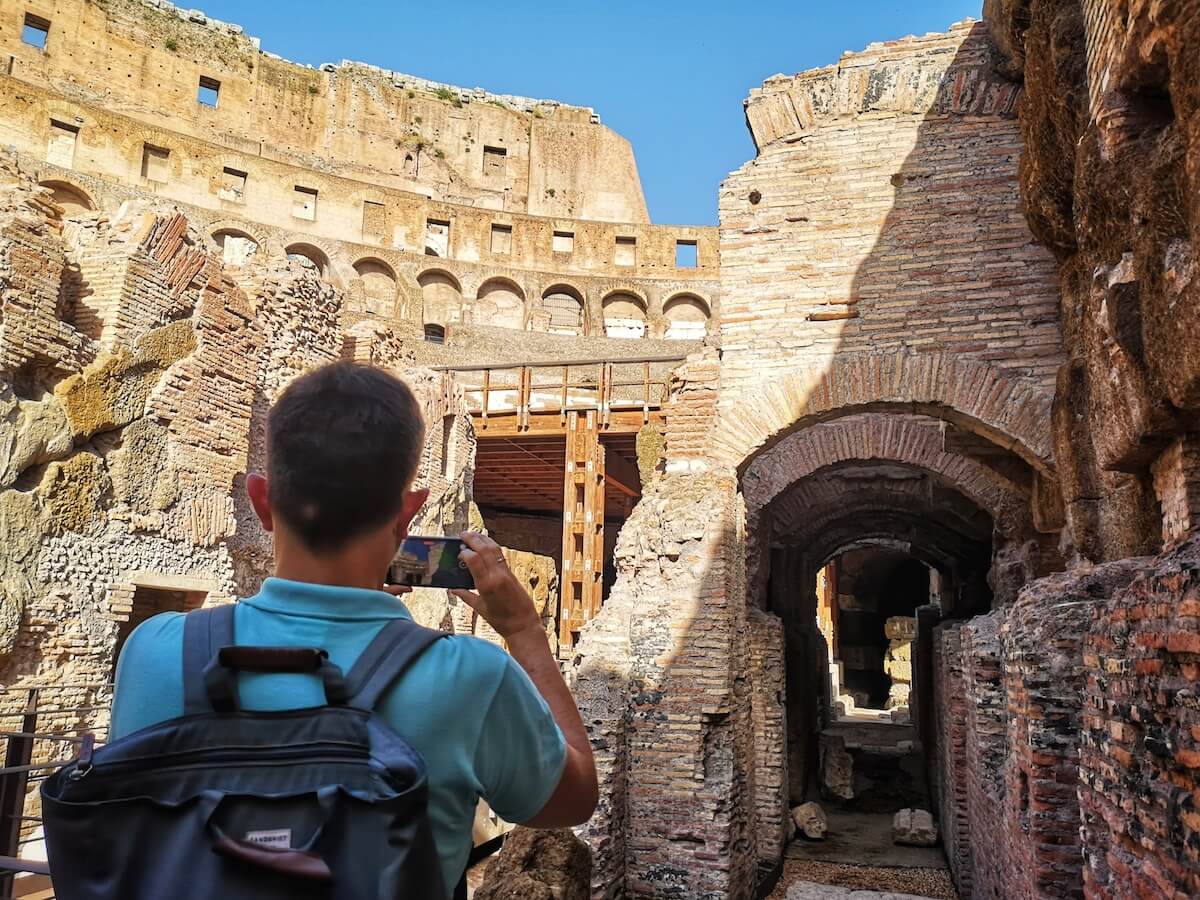 For those responsible for making sure everything ran smoothly it was a nerve-racking place to be: even the slightest mistake in timing, or props, or stagecraft could lead to them having a starring role in the next round of executions. Only by exploring these mysterious passageways can you begin to understand the full complexity of the Colosseum’s spectacles of death and how incredible feats of Roman engineering made them possible.  For visitors today the hypogeum is a must-visit on any Colosseum itinerary, but for the men who lived, worked and died down here it was a hell on earth. 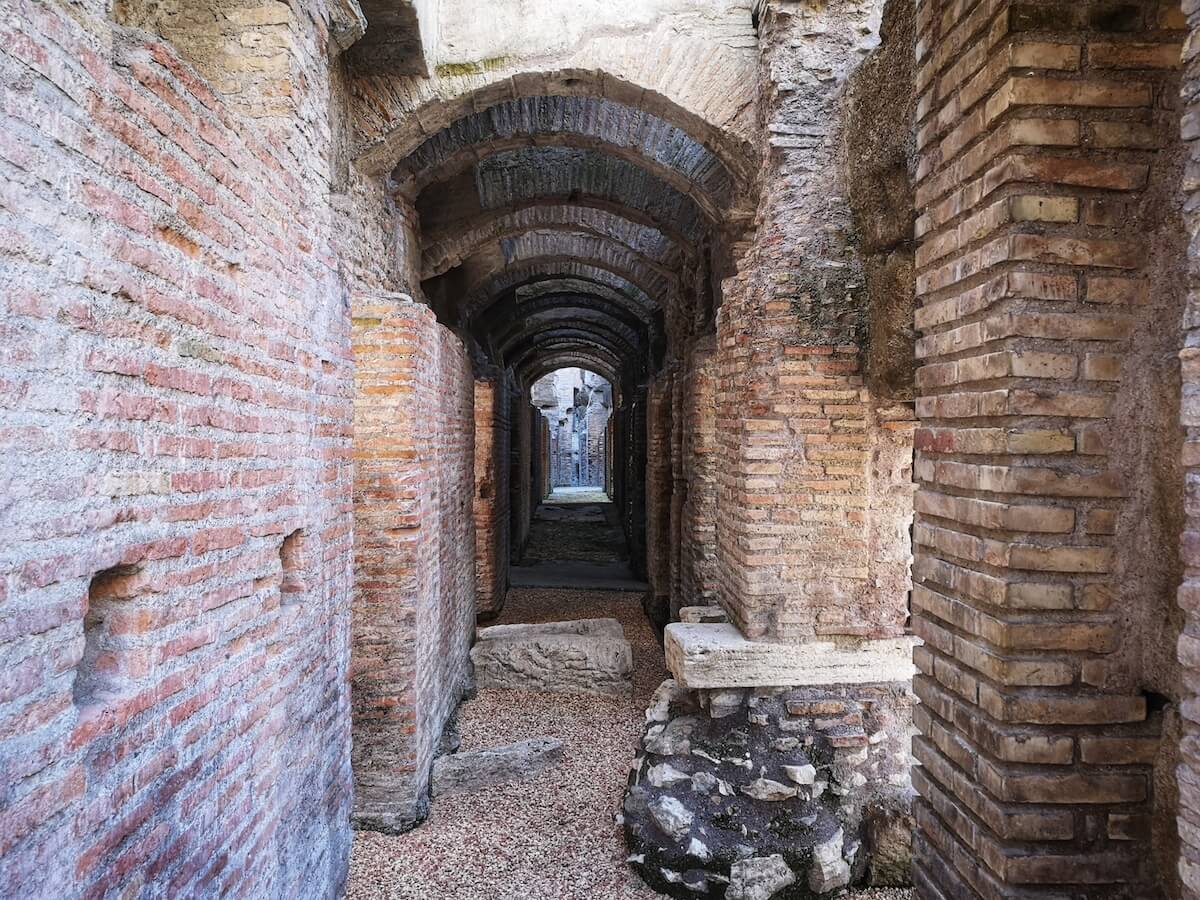 To access the exclusive areas of the Colosseum’s hypogeum, join one of Through Eternity’s special Colosseum Underground tours. Our group and private itineraries are led by expert archaeologists ready to give you the inside story on antiquity’s most fascinating landmark. Book your place with us today!