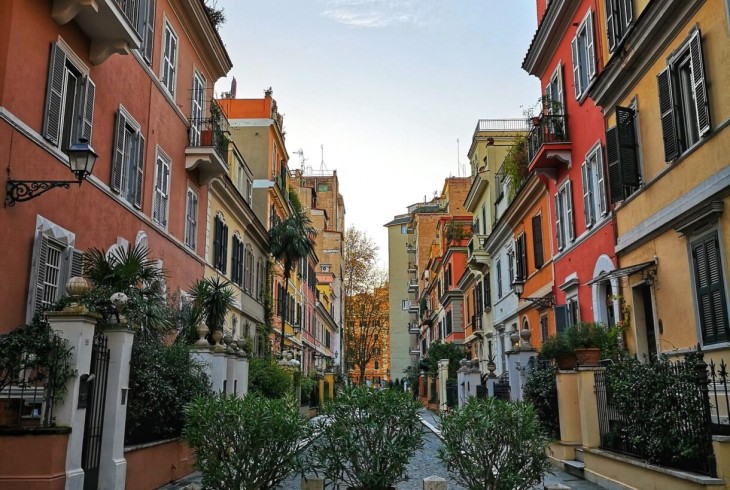 Hidden away in the northern part of Rome’s city centre is one of the city’s most unusual urban ensembles. A splash of vibrant colour in an otherwise somewhat sober residential corner of Rome, Via Bernardo Celentano is a short pedestrianised street more commonly known by the enticing moniker of Piccola Londra, or Little London.

Dating from the early years of the 20th century when Rome was in the midst of fully-fledged urban development, the street’s architecture is a radical departure from the design-norms of the 19th-century city. In the place of the massive apartment blocks that are such a feature of Rome’s urban footprint, Piccola Londra features a series of intimate two and three storey houses surrounded by wrought iron fences and balustraded entrance stairways that recall the terraces and mewses of west London in miniature. The charming residences even feature back gardens, a real anomaly in the Eternal City. 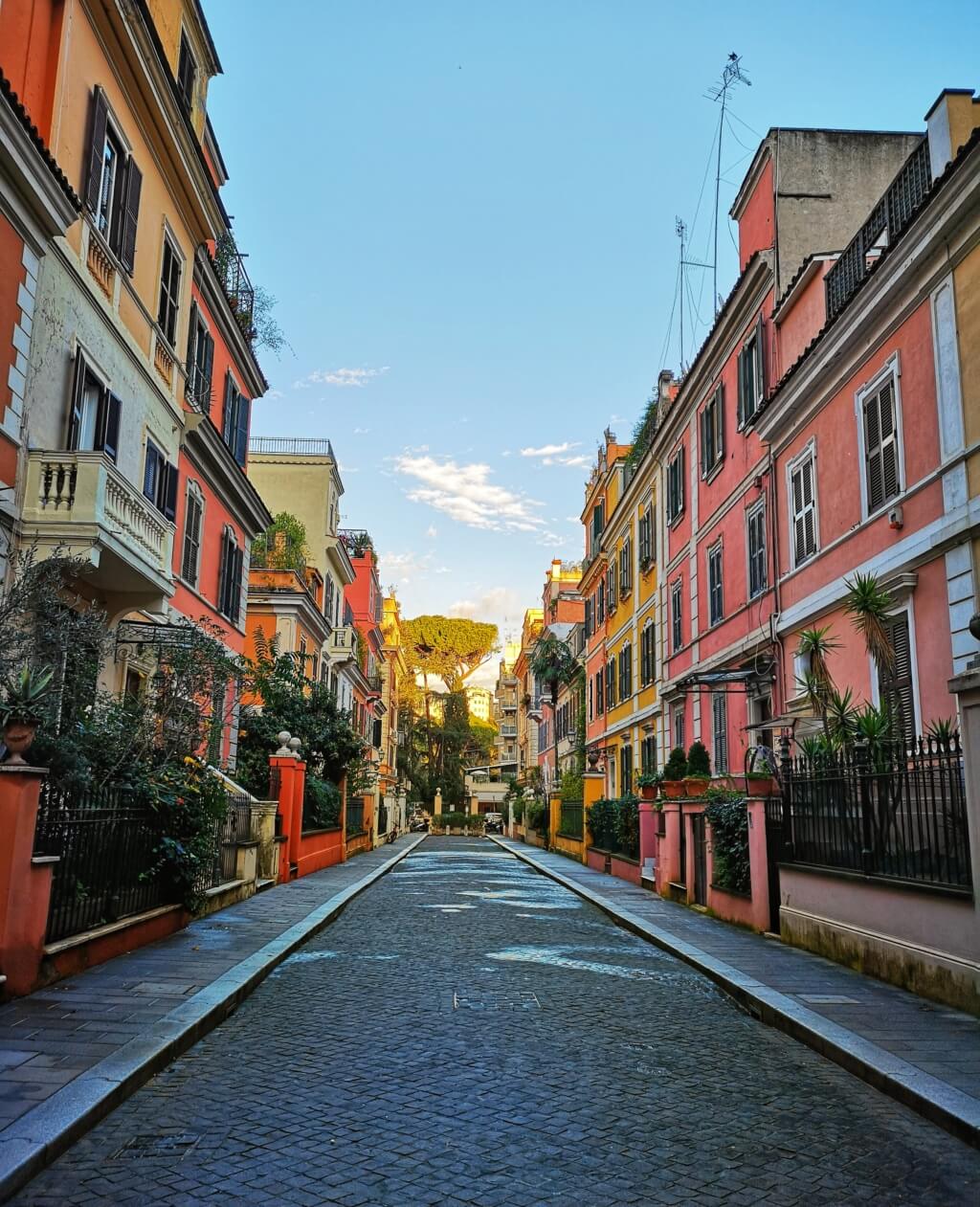 Eccentric Piccola Londra was the brainchild of the ambitious London-born mayor of Rome Ernesto Nathan, who dreamed of transforming Rome into a European capital worthy of rivalling the metropolises of Paris and London when he came to power in 1907. In the wake of Rome becoming the capital of a unified Italy in 1871 the city had enjoyed an unprecedented boom in development, but much of it was ad-hoc and lacking in any kind of municipal oversight.

Nathan determined to regulate the city’s expansion via a unified plan known as the Piano Regolatore di Roma, drawn up with the help of the engineer and urban planner Edmondo Sanjust Teulada in preparation for the celebration of the 50th anniversary of Italian unification in 1911. 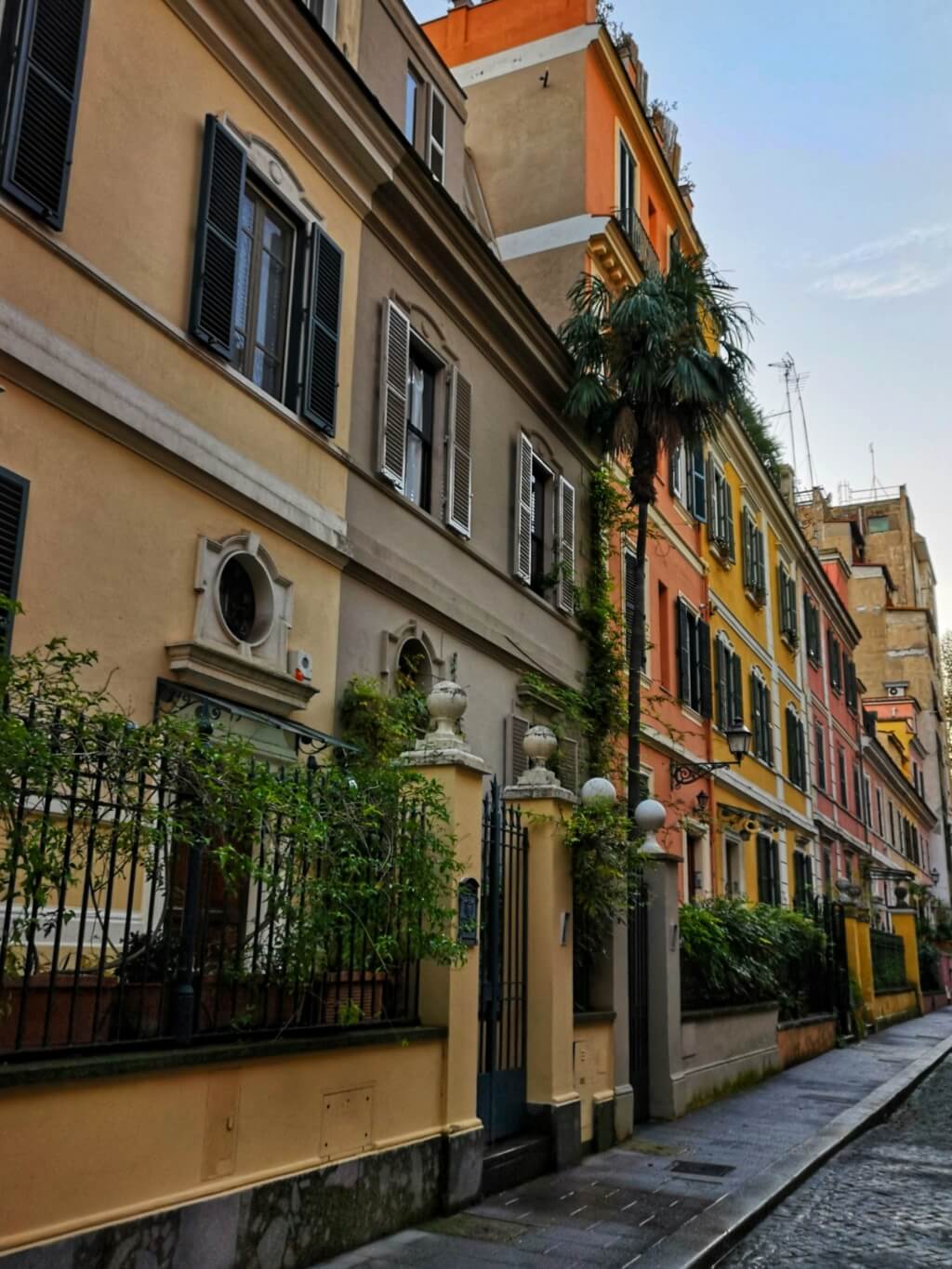 The plan envisaged carefully designed residential areas organised around parks and public spaces, featuring both high-rise apartment buildings and low-rise independent houses known as villini, the latter intended for wealthier families. The first zone of the city to be subjected to the experimental Piano Regolatore was the Flaminio district to the north of Piazza del Popolo, which remained sparsely developed at the beginning of the century.

In order to bring his dream to fruition, the mayor drafted in the architect Quadrio Pirani to construct an exemplary street designed on English ideals of urban design between the bustling thoroughfares of Viale del Vignola and Via Flaminia. If you can ignore the palm trees and the blinding Roman sunshine, these low-rise two and three story houses with their independent entrance stairways really do seem to be equal parts Fulham and Flaminio. 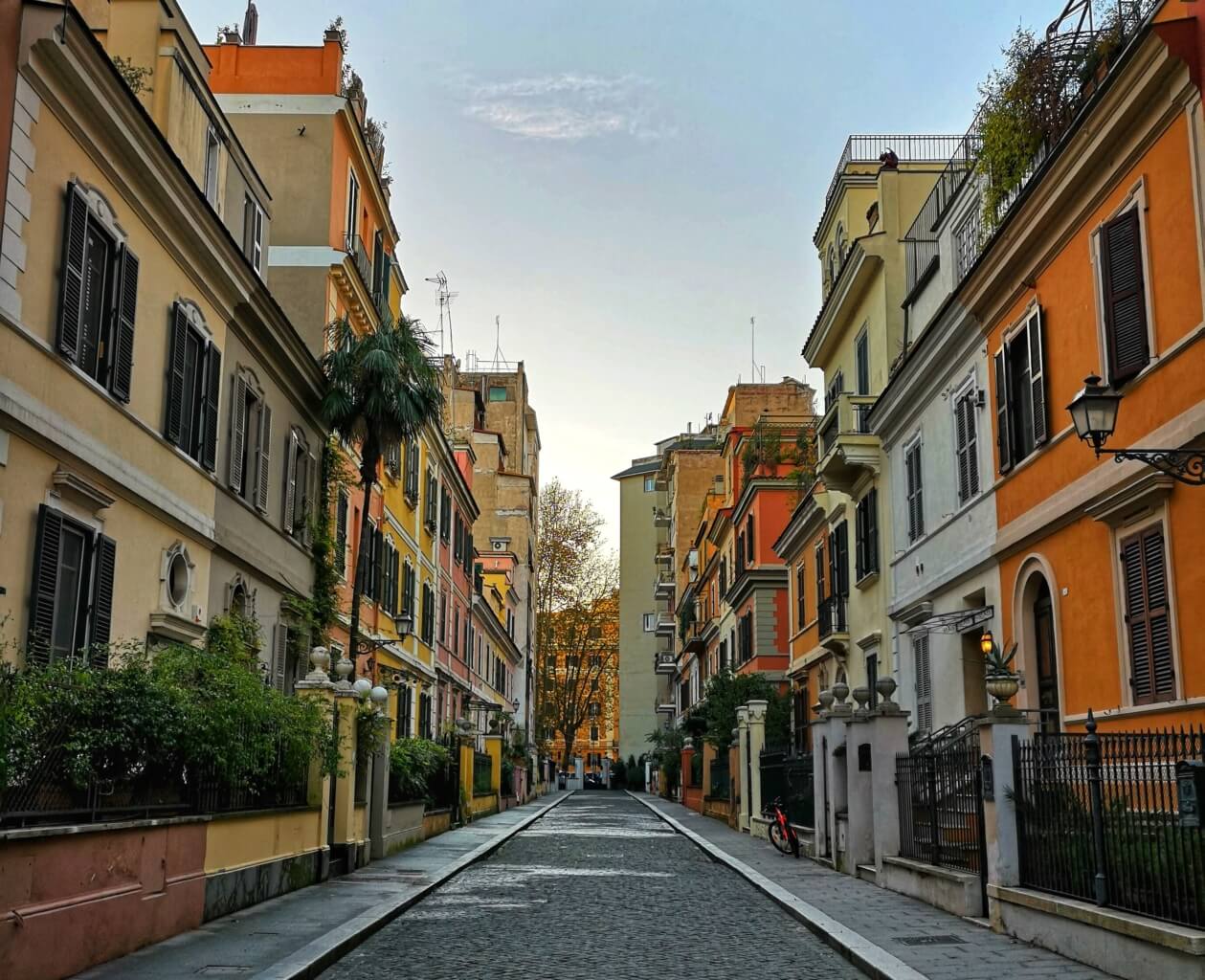 Amongst the additions to Rome’s urban landscape that we owe to Nathan’s tenure are the Stadio Flaminio, the city’s first modern dedicated sporting stadium, and the massive Palace of Justice on the banks of the Tiber. But it is the little corner of London hidden away between the bustling thoroughfares of Viale del Vignola and Via Flaminia that is the most enduringly charming piece of the Anglo-Italian mayor’s grand plan. 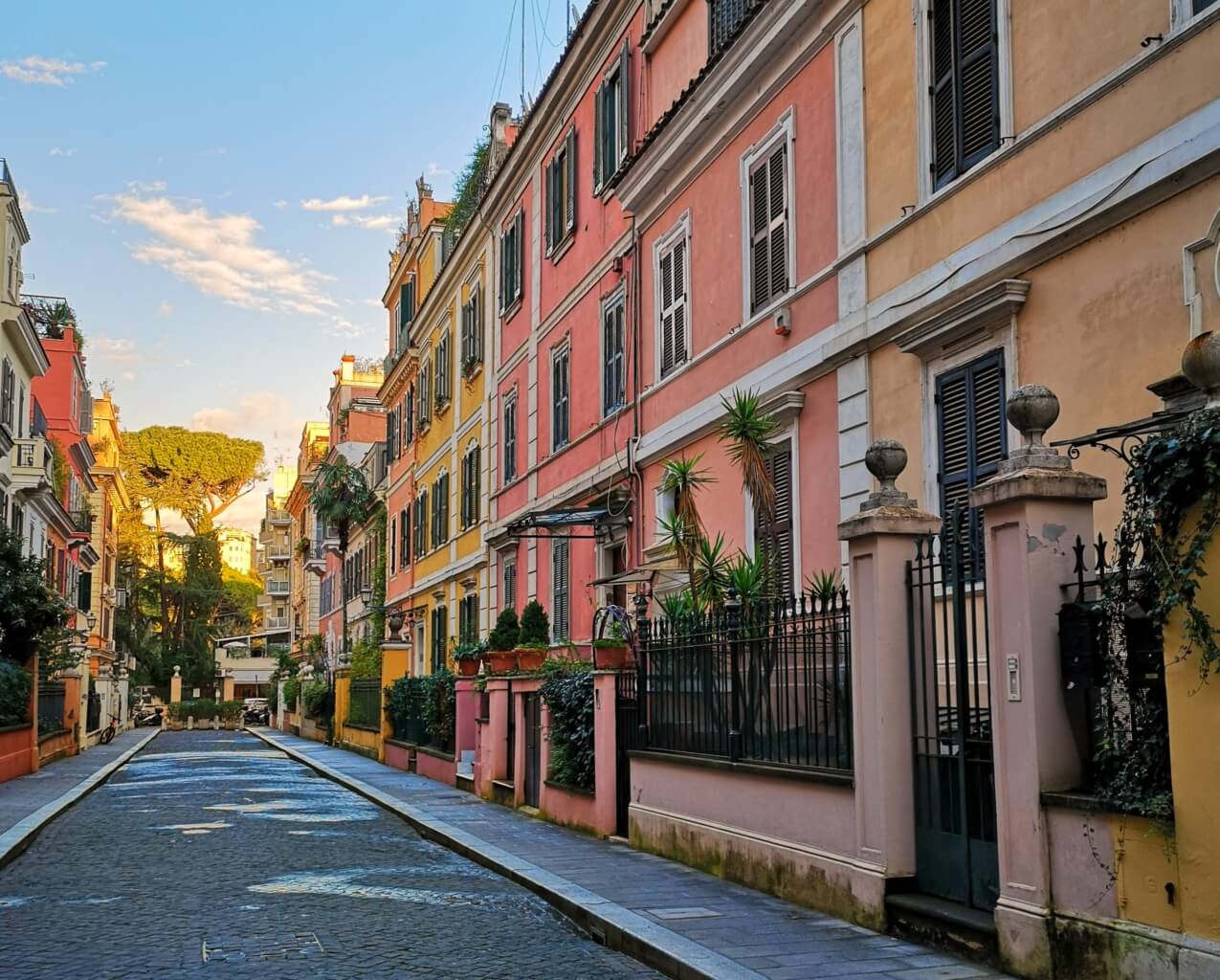 Sadly, Via Bernardo Celentano is the only English-inspired part of the Piano Regolatore that came to be built. But Piccola Londra remains a fascinating and little known piece of Anglo-Italian fusion in the heart of the Eternal city. If you find yourself in the area after visiting the nearby contemporary art gallery Maxxi, the stunning Etruscan collections of the Villa Giulia or beautiful Villa Borghese, then be sure to make a short detour to check it out!

At Through Eternity we’re always on the hunt for Rome’s secret corners and hidden gems. If you’d like to discover more of the Eternal City’s hidden histories in fascinating off the beaten path sites, then check out our Secret Rome tour!