6 Museums in Naples You Need to Visit 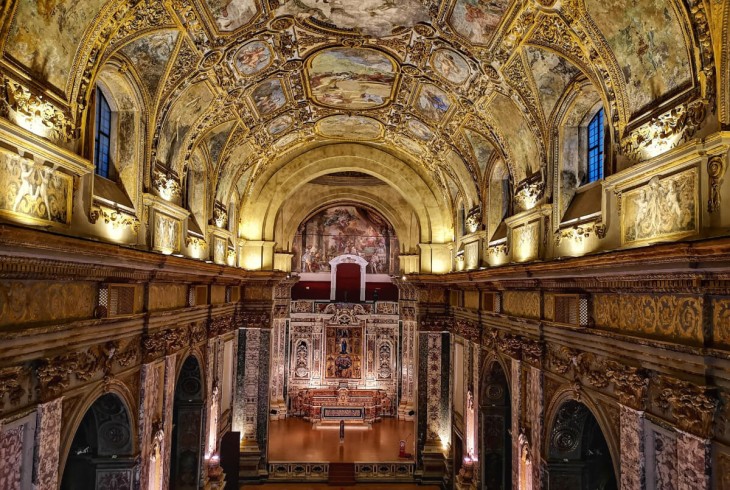 Vibrant Naples is southern Italy’s most exciting city, a beguiling mix of spectacular art and architecture, thrillingly picturesque street life and a mouthwatering culinary tradition all unfolding in the ever-menacing shadow of Mount Vesuvius. Naples possesses a unique spirit and unquenchable energy all its own, and no visit to Italy is complete without a visit to this underrated southern gem. This week we’re heading to the Parthenopean city on our TE Destinations Youtube Travel Series, and to mark the occasion our latest blog is counting down six of our favourite museums in Naples. 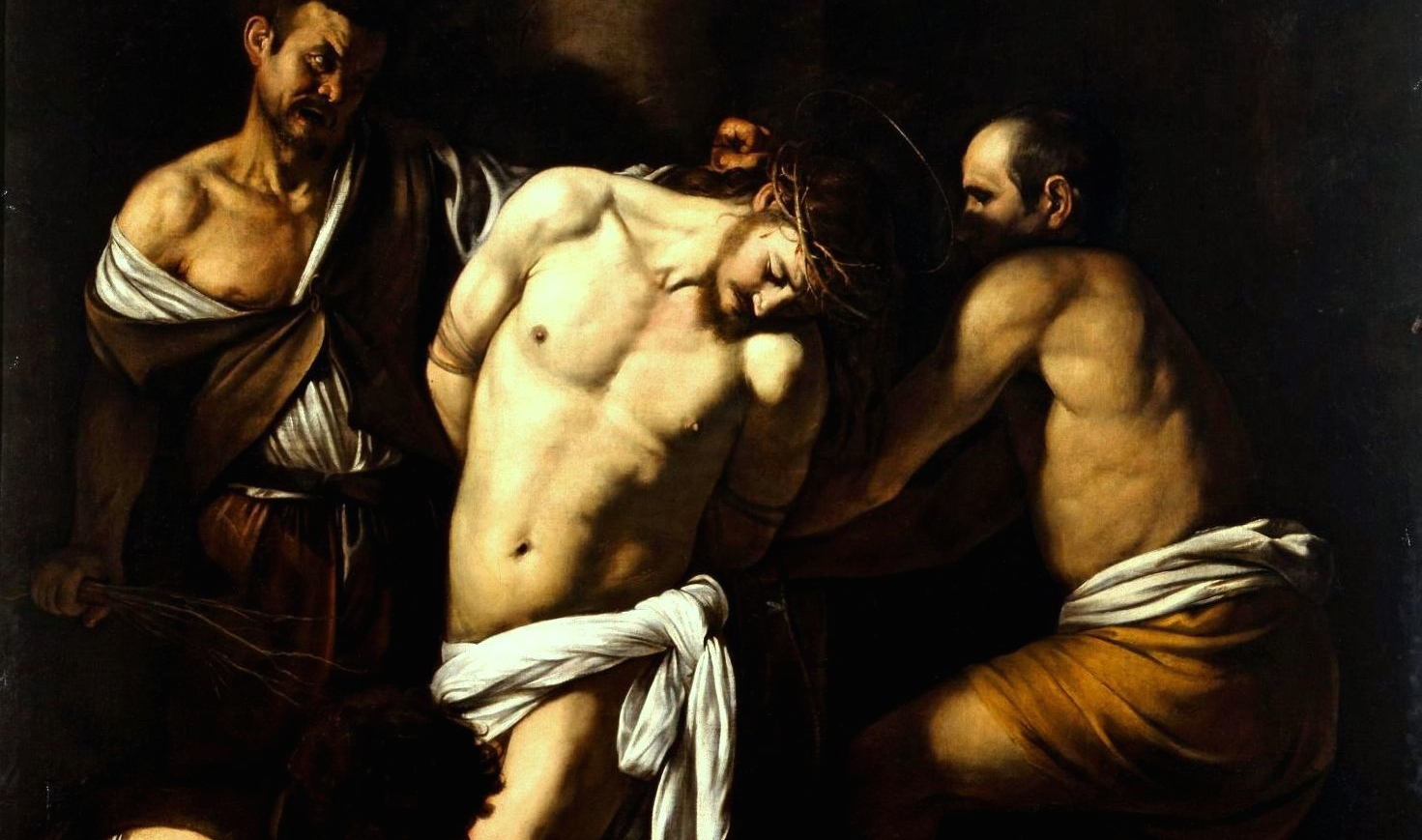 Home to the finest collection of painting in southern Italy, the massive Capodimonte Museum began life as a hunting lodge for the Bourbon King Charles VII in the mid-eighteenth century high on a hill overlooking Naples. Much of the collection comes from the holdings of Charles mother Elisabetta Farnese, whose family was amongst the most assiduous collectors of the Renaissance. Highlights of the museum spread out over 3 floors include portraits and mythologies by Titian, Raphael and Parmigianino, but the real stars of the show are the Baroque masterpieces on the second level where Caravaggio’s dramatic Flagellation of Christ stands in pride of place. Jusepe de Ribera’s wince-inducing Apollo Flaying Marsyas and Pieter Bruegel’s parable of The Blind Leading the Blind are also worth seeking out.

The museum is surrounded by the 134 hectare Real Bosco di Capodimonte - a sprawling wooded estate that once provided fertile hunting grounds for the Bourbons and is now the perfect spot for a pleasant stroll after you’ve had your fill of art. 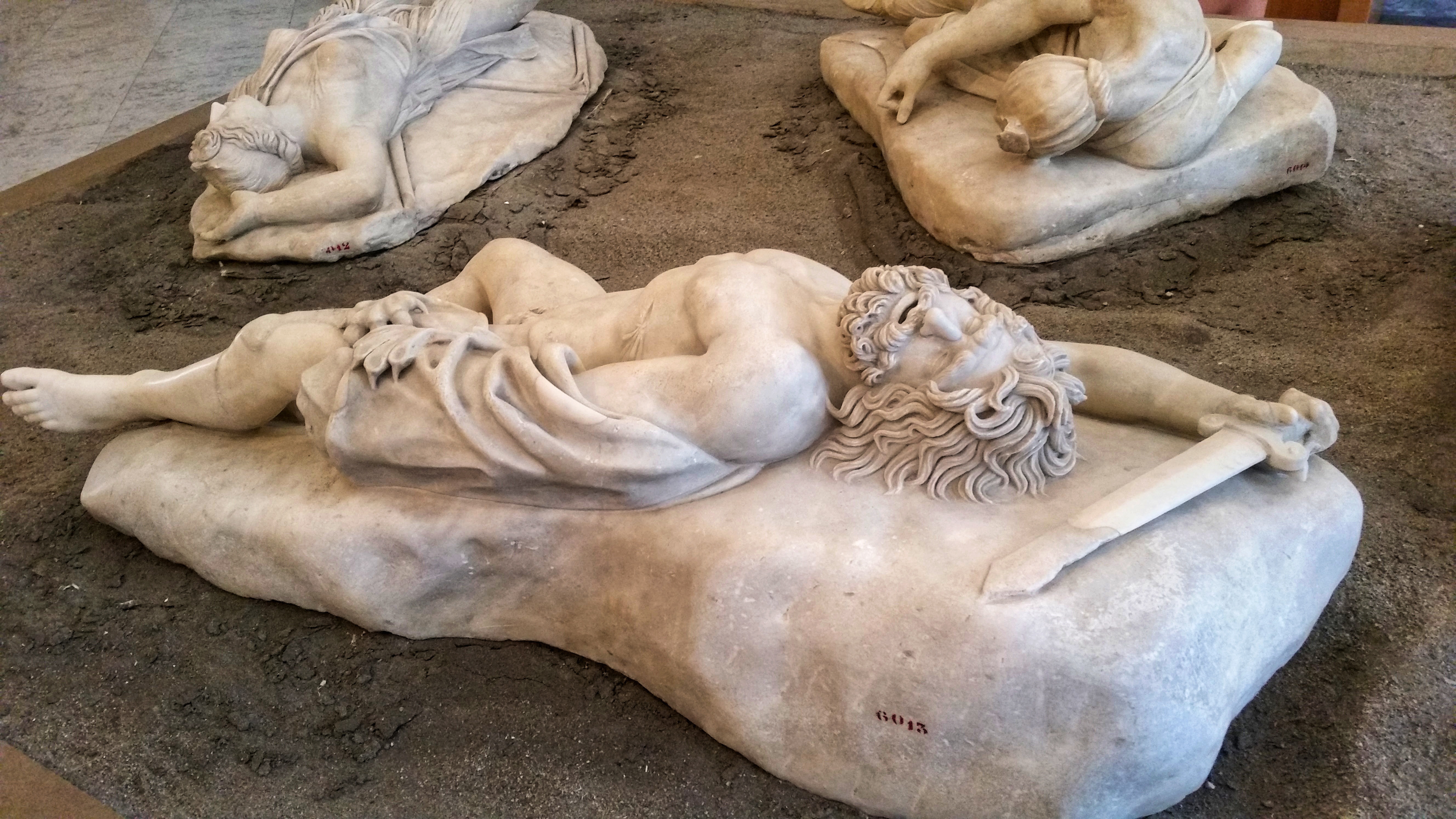 The jewel in the crown of Naples’ museums, the Museo Archeologico Nazionale di Napoli makes a visit to the city worthwhile in its own right. Home to the most important collection of Roman art and artefacts in the world, like Capodimonte the original core of the museum was established by the Bourbon King Charles VII in the 18th century to showcase the unrivalled Farnese collection of ancient sculpture. As the excavations in nearby Pompeii and Herculaneum gathered pace, the most precious and fragile artworks found in the stricken cities were removed here as well - a Pompeii tour with a visit to the Naples Museum is the perfect way to get a full picture of life in antiquity.

Today the stunning halls of the Neoclassical edifice are packed with mosaics, frescoes and sculptures that offer a vivid window into life in antiquity. Highlights include the Farnese Bull and Farnese Hercules in the ground-floor Farnese collection, while the incredible mosaics on the mezzanine include the The Battle of Alexander against Darius where the face of the ancient emperor gazes on us with startling contemporaneity from across the centuries. On your visit be sure to poke your nose into the Gabinetto Segreto - an x-rated ‘secret cabinet’ that is home to an extraordinary array of erotic artefacts, phallic charms and sexually explicit frescoes and mosaics, taken from the villas, bars and brothels of ancient Pompeii and Herculaneum.

For an in-depth rundown of what you need to see in the collection, check out our guide to the masterpieces of the Naples Archaeological Museum 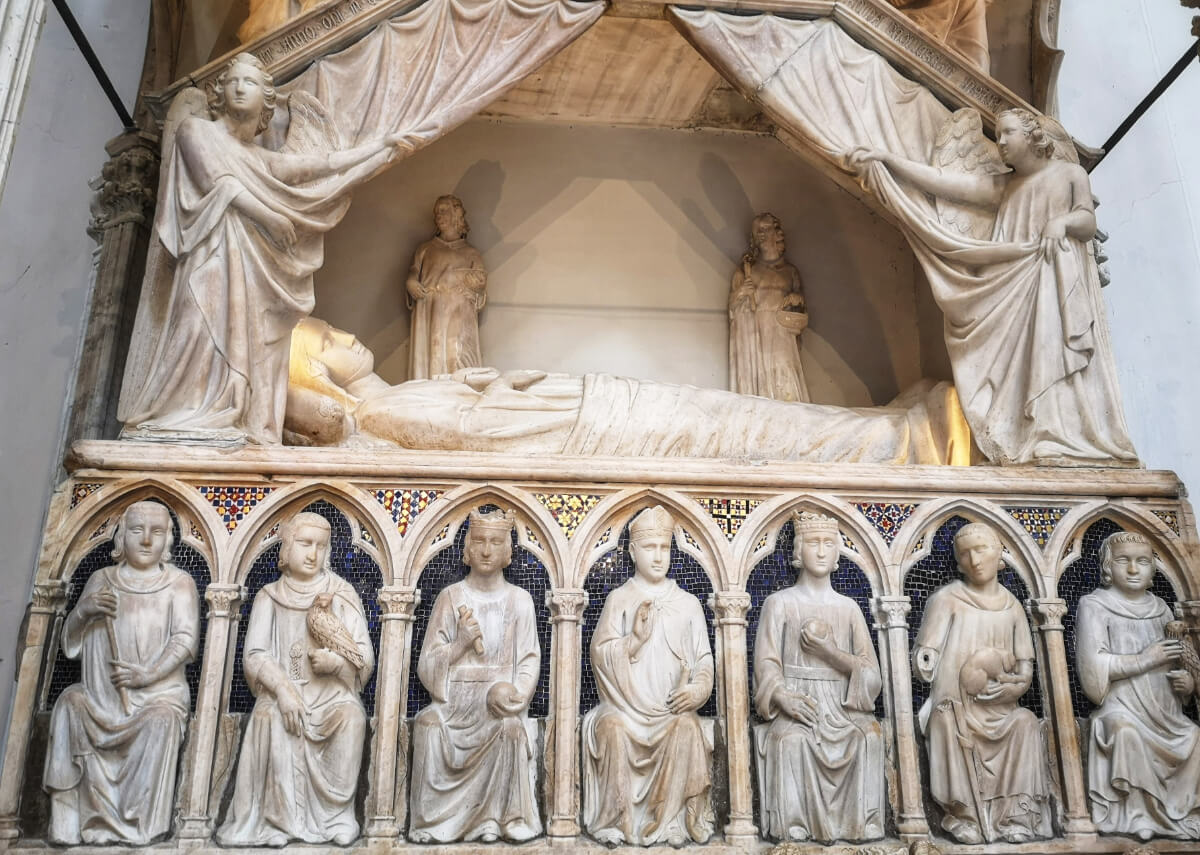 A spectacular Medieval and Baroque church complex that includes an exhibition space for religious art collected from deconsecrated churches around the city, the Complesso Monumentale Donnaregina is Naples’ hidden gem. The recently renovated Diocesan museum includes works by local Baroque masters Luca Giordano and Massimo Stanzione, but the real draw of the complex is the 14th-century church of Donnaregina Vecchia, one of the most spectacular testaments to the art and culture of medieval Naples. The church was constructed thanks to funds provided by Queen Mary of Hungary, and Tino Camiano’s elaborate regal tomb is a delightful confection of turrets, pinnacles and portrait busts. 14th-century frescoes by the workshop of Pietro Cavallini and Filippo Rusuti depicting stories from the life of Jesus, St. Elizabeth and St. Clare surrounding a fabulous Last Judgement are also unmissable. The newer Baroque church built on the same sight offers a bombastic contrast to the sober religiosity of the Gothic institution. 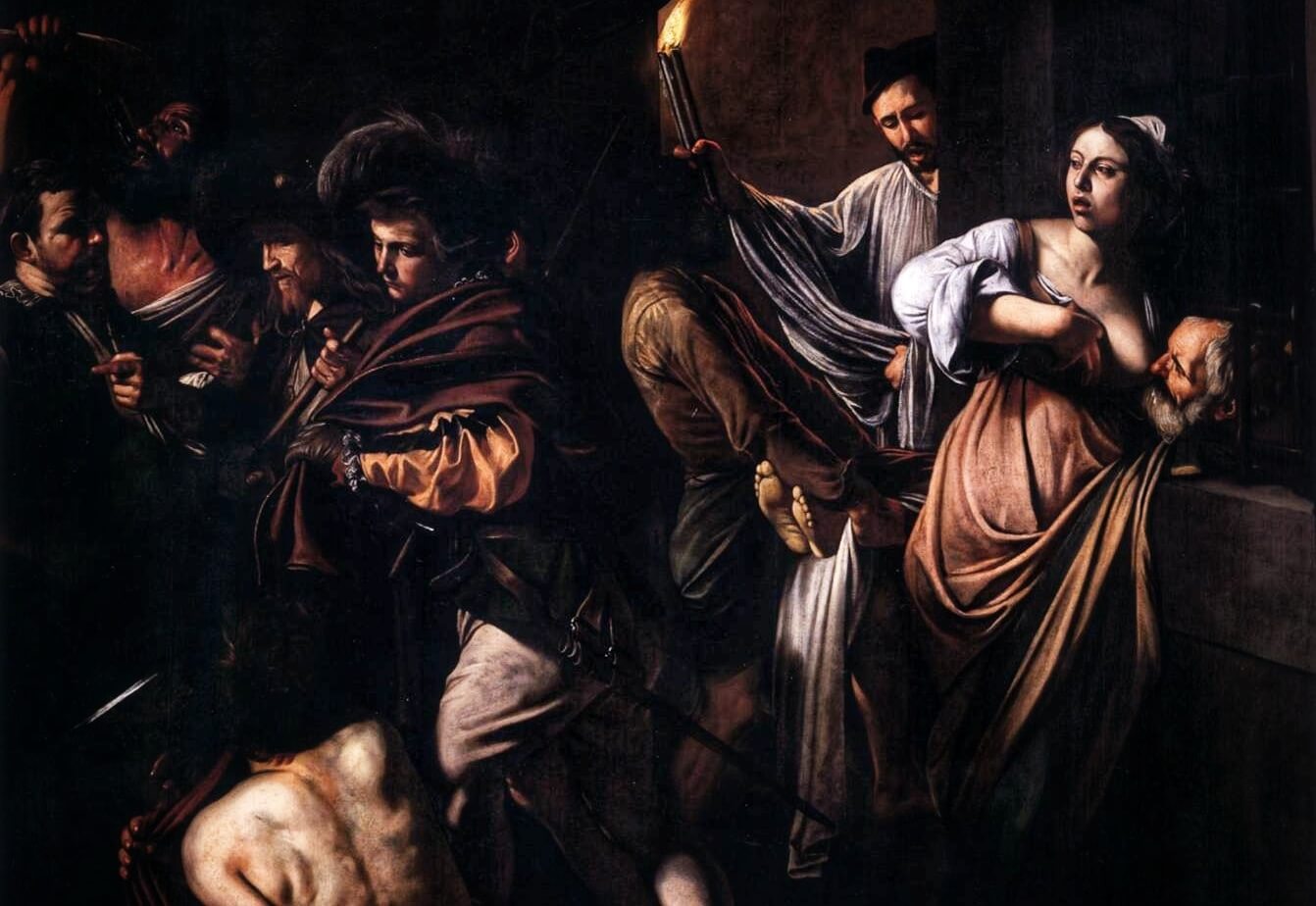 A small but high quality collection of Renaissance and Baroque art makes a visit to the museum of this 17th-century church more than worth the entrance fee, but one artwork stands above the rest: Caravaggio’s sprawling, dramatic Seven Works of Mercy. Probably the most significant painting anywhere in Naples, Caravaggio began his Neapolitan masterpiece only a month after arriving in the city in 1606 fleeing a murder rap back in Rome. The huge work presents an allegory of the charitable works undertaken by the noble members of the Monte della Misericordia, a charitable institution designed to provide aid to the pox-ridden destitute of Naples’ grim Hospital for the Incurables. Caravaggio’s unflinching take on his subject matter, delivered via his masterful chiaroscuro technique, offers an indelible window into the dark and dangerous world of the streets from where he drew his inspiration. For more on where to see Caravaggio’s art in Naples, check out our online guide. 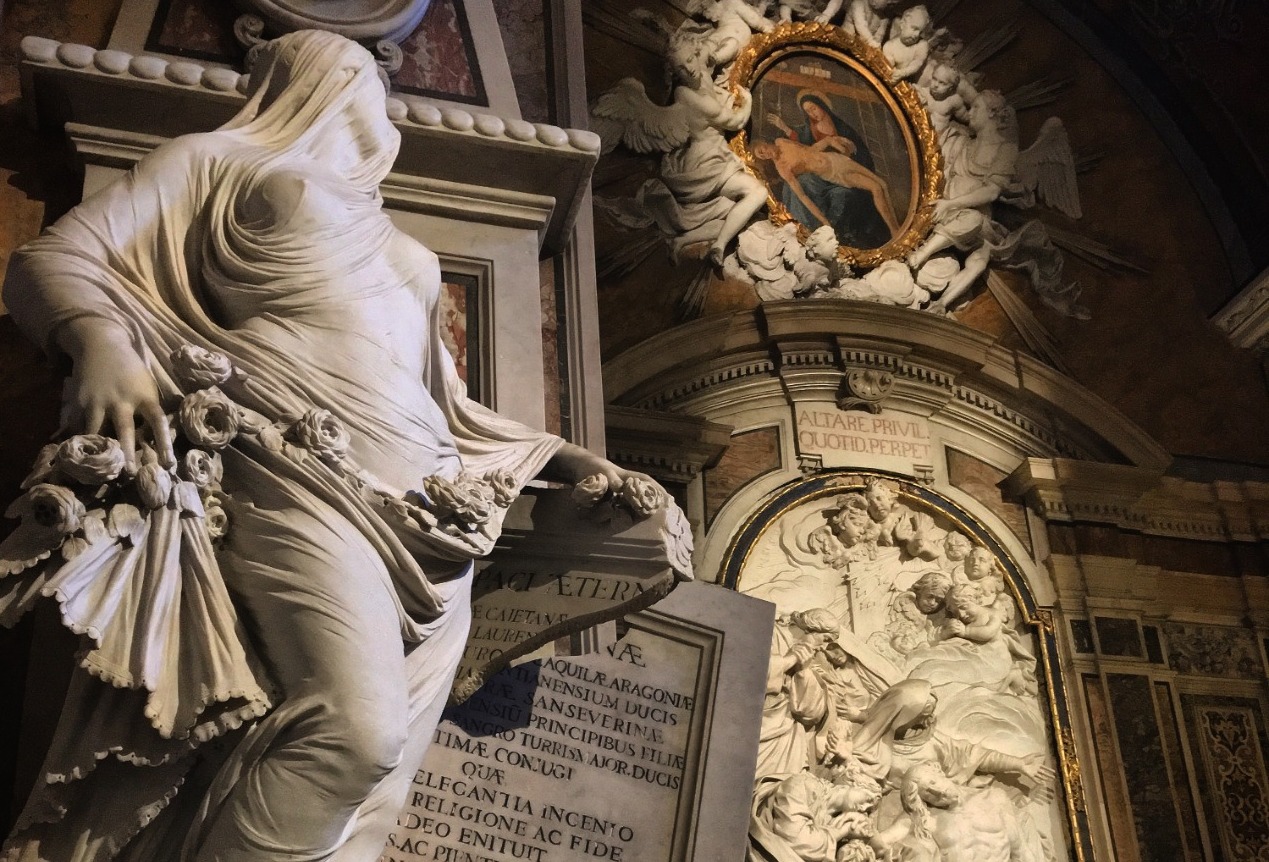 Hidden away in the beguiling jumble of streets that forms the beating heart of Naples' historic centre, the Cappella Sansevero is a wonderful showcase of everything that makes the city so fascinating. Part mausoleum, part showcase of Rococo art, part anatomical museum and part didactic lesson in enlightenment thinking, the chapel was the obsession of one of Naples' most intriguing characters, Raimondo di Sangro the prince of Sansevero.

A renowned inventor, philosopher and alchemist, Raimondo overhauled his family chapel between 1749 and 1766, commissioning the finest artists of the era to fill every gap and recess of the building’s walls with sculptures and paintings that traced a precise moral and iconographic scheme. Dominating the chapel is Giuseppe Sanmartino's magisterial Veiled Christ, where marble seems to miraculously take on the form of a diaphanous veil as it clings to the extraordinarily realistic body of the lifeless messiah. Francesco Queirolo’s Disinganno, meanwhile, portrays a man struggling to free himself from a net - the figure represents Raimondo’s father Antonio, who gave himself over to a life of dissolute pleasure after the untimely death of his wife. His struggles in Queirolo’s sculpture allegorise his ultimately successful quest to overcome his sinful nature later in life.

Make sure to take a peek into the chapel’s basement, where two mysterious anatomical machines display the arterial systems of the human body with startling accuracy. Rumours swirled that Raimondo experimented on real bodies to achieve the uncanny effect; even now, more than 250 years later, nobody knows how the anatomical machines were created. 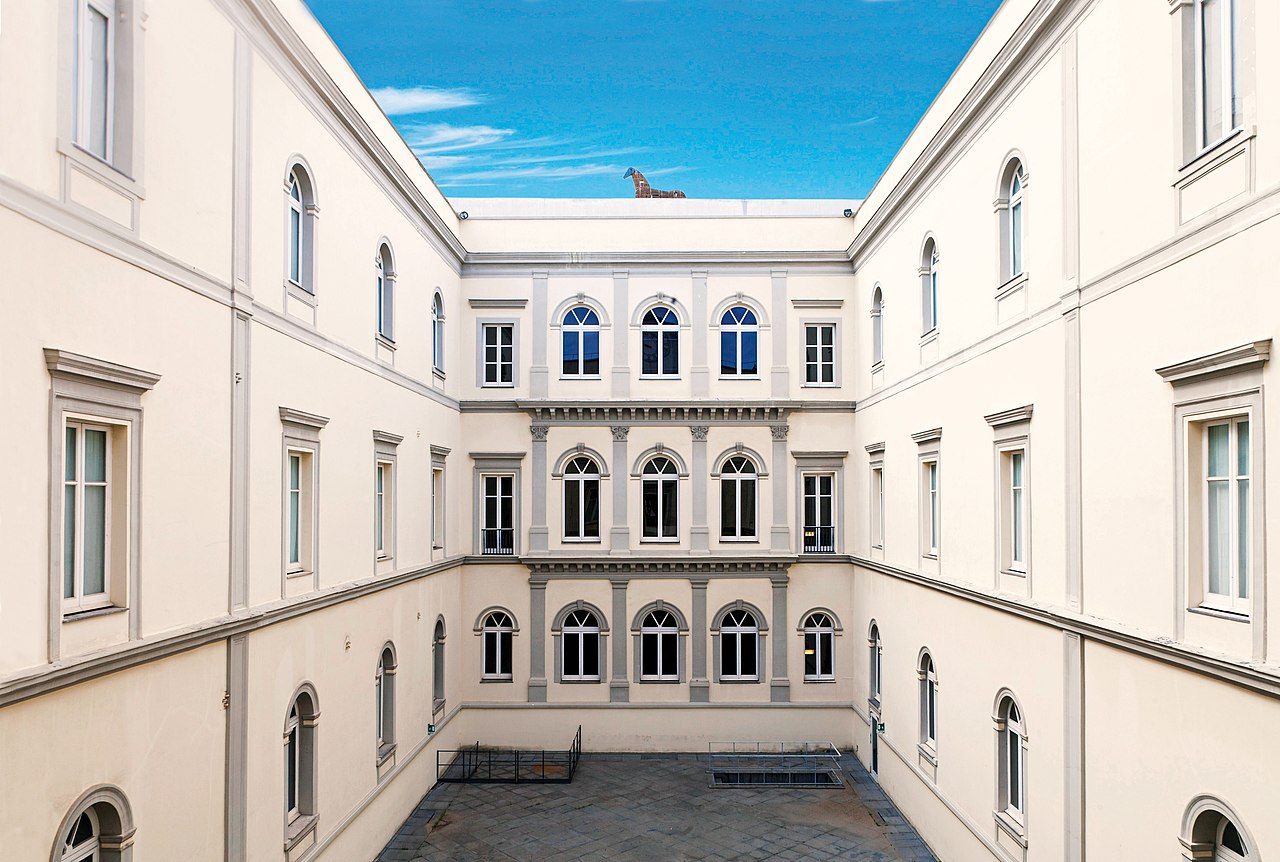 If you’ve had your fill of brooding churches and Baroque masterpieces, then Naples’ impressive modern art museum is a welcome reprieve. With site-specific installations and works by contemporary masters like Anish Kapoor, Sol Lewitt and Daniel Buren rubbing shoulders with modernist giants Andy Warhol, Michelangelo Pistoletto, Cindy Sherman and others in the beautiful surroundings of a light-filled 19th-century Neoclassical palace, Madre’s impressive collection has successfully put Naples on the map for the contemporary art scene. The museum’s third floor hosts regularly changing temporary exhibitions, whilst a roof-terrace boasts sweeping views over the city.

Through Eternity Tours offer a variety of expert-led itineraries in Naples and the surrounding region, including trips to Pompeii and Herculaneum. Check out the full range of our Naples tours on our website, and get planning your next Italian adventure! 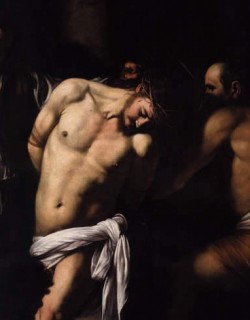 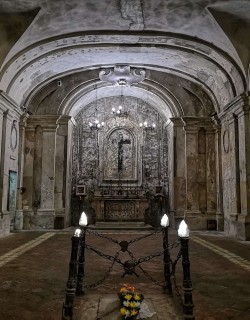 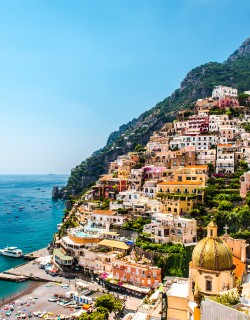