An Introduction to the Sistine Chapel: Michelangelo, the Origins of the Sistine Ceiling and the ‘Warrior-Pope’ Julius II 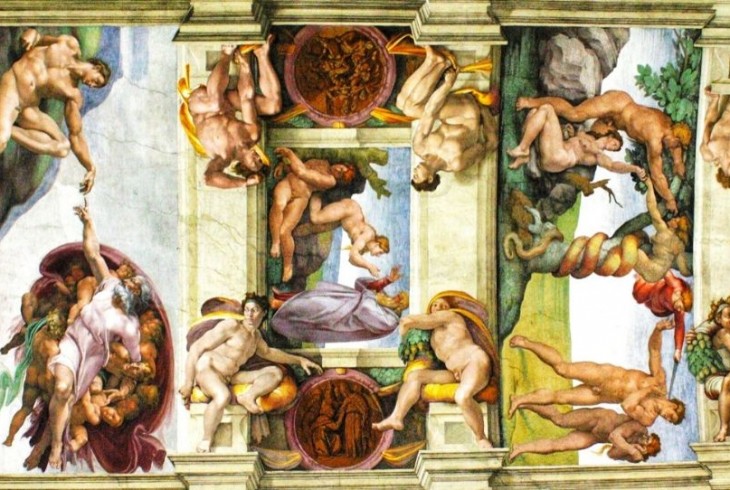 The Sistine Chapel is one of the world’s most iconic cultural destinations, a living museum of site-specific art that has perhaps never been equalled before or since. It is the jewel in the artistic crown of the Vatican Museums, and its fitting climax. Each day around 25,000 people make their way to the Chapel eager to see for themselves the lasting contributions to the story of art that Michelangelo left here more than 500 years ago.

But whilst it’s a humbling experience to be in the presence of such over-powering genius, the paintings and history of the Sistine Chapel are far from self-explanatory. With travel restrictions and social distancing regulations making visiting the Chapel a remote prospect for most of us right now, Through Eternity has recently launched an immersive virtual Sistine Chapel tour, enabling you to experience the genius of Michelangelo from home whilst we wait for things to get back to normal. To celebrate, over the coming weeks we’ll be dedicating a series of articles to the Sistine Chapel, so you’ll be prepared for your next visit (whether virtually with us or in real life) to this awe-inspiring space.

What is the Sistine Chapel, and why is it so important? 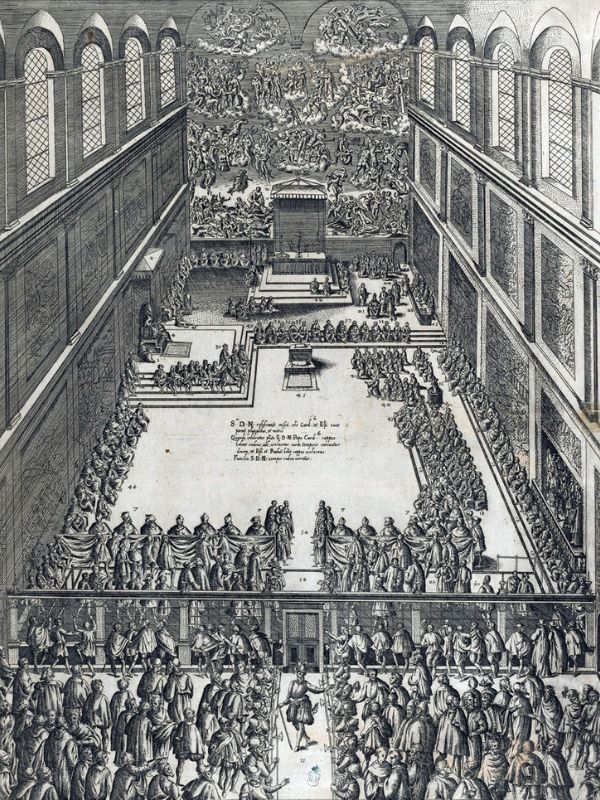 As the Pope’s private chapel, you might think of the Sistine Chapel as the Vatican Palaces’ inner sanctum – holiness ground zero for the Catholic faith. Ever since it was constructed on the orders of Pope Sixtus IV between 1477 and 1482, the Sistine Chapel has played regular host to masses and other religious and official events for the Papal Household. The Sistine Chapel is also where the cardinals of the church gather in absolute secrecy during papal conclaves to elect their latest leader via a private ballot.

Thanks to the magnificent paintings that Michelangelo painted here between 1508-1512 at the behest of Pope Julius II, the Sistine Chapel is also the most recognisable temple of Renaissance art in the world, and for half a millennium has stood as the pre-eminent example of the heights to which humankind can rise in pursuit of artistic perfection. The Sistine chapel is one of those places that everybody needs to see at least once in their lives, and no number of photographs can prepare you for the experience of actually standing on the floor of the Sistine Chapel in person. The ceiling is extremely high, and yet such is the monumental scale of Michelangelo’s figures that it seems surprisingly close to us mere mortals gazing up from far below. 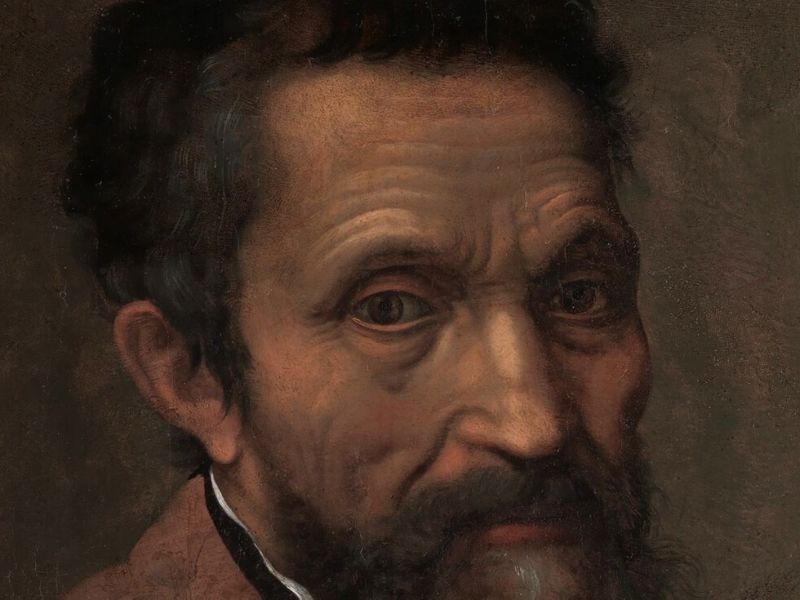 Michelangelo di Lodovico Buonarroti Simoni was born in 1475 of fairly humble stock in the tiny Tuscan town of Caprese near Arezzo, and can stake a strong claim to being the greatest master of the Renaissance. Producing a string of brilliant works of painting, sculpture, poetry and architecture over a career spanning more than 70 years, his staggering list of achievements led to his contemporaries dubbing him the divine one, ‘il divino.’ It’s hard to overstate the effect Michelangelo had on his contemporaries. Never one to mince his words, Michelangelo’s contemporary biographer, fellow painter and art historian Giorgio Vasari wrote that the master’s work ‘transcended and eclipsed that of every other artist, living or dead’ – an opinion that still enjoys plenty of support today.

Michelangelo’s decoration of the Sistine Chapel ceiling is generally considered to constitute the highpoint of the High Renaissance, an incredible period of artistic achievement when Leonardo da Vinci, Raphael and Michelangelo (amongst many, many others) strove to outdo each other with displays of their talent and invention.

Michelangelo, the Sistine Ceiling and the ‘Warrior-Pope’ Julius II 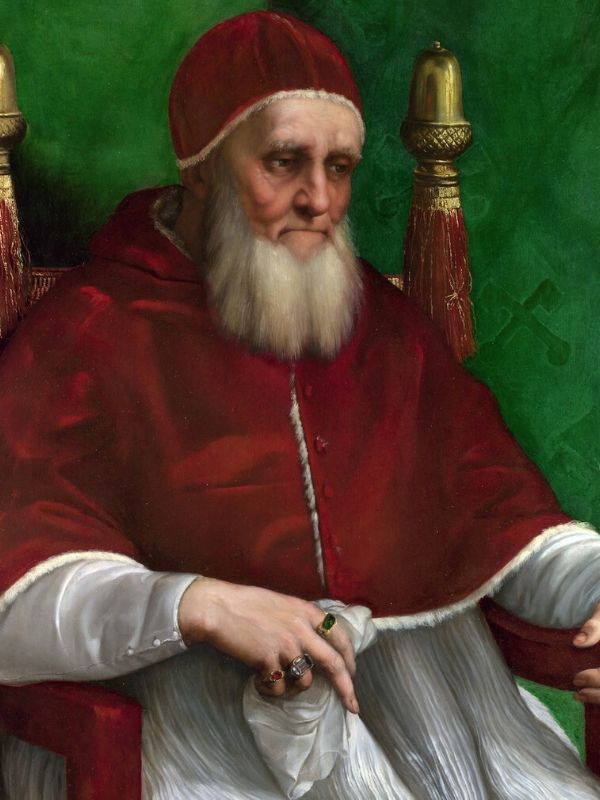 Michelangelo painted the entire ceiling of the Sistine Chapel between 1508 and 1512 at the behest of Pope Julius II, one of the most important popes of the Italian Renaissance and perhaps its most influential patron of art, rivalled only by the Medici princes of Florence. The fearsome Julius was known as the ‘Warrior Pope,’ and was committed to ensuring that he was not only God’s minister on earth but also its most powerful secular ruler. And so he sought to display his boundless worldly power just like a king might, sending massive armies against his enemies, conquering territory and commissioning magnificent works of art. Michelangelo’s first encounter with the fearsome pontiff saw the artist commissioned to design a massive free-standing tomb for the pope in St. Peter’s basilica in 1505, a work that obsessed and frustrated Michelangelo for the remainder of his life.

Julius’s desire to stamp his legacy on the artistic world wasn’t limited to his own funerary monument however. When the pope decided that a redecoration of the private papal chapel built on the order of Sixtus IV 50 years earlier was in order, he commanded Michelangelo to lay down his chisels and take up his brush to bring Julius’ grand vision to life.

Julius ordered Michelangelo to replace the ceiling’s charming fresco of a starry sky on a blue background (you can get a sense of what this might have been like in the Roman church of Santa Maria Sopra Minerva, where the ceiling shows off a similar celestial firmament) with narrative scenes portraying the earliest moments of man’s presence on earth according to the Old Testament Book of Genesis, moving from God’s creation of the world up until the life of Noah.

Michelangelo was reluctant to take the job – he considered himself to be first and foremost a sculptor, and didn’t want to waste his time on painting when he was already hard at work Julius’s monumental tomb whose truncated final form you can see in the Roman church of San Pietro in Vincoli. Michelangelo even went to the extreme of escaping Rome and fleeing to Florence to try to get out of the commission, but no dice. Julius’s agents tracked him down and forced him back to the Eternal City to take up his brushes.

Michelangelo was himself a daunting presence, accustomed to cutting down even the largest egos to size, but Julius was one of the few people to have his number. During one of their fractious meetings overs the progress of the works Julius even struck the painter a blow with his staff. Given what Michelangelo achieved over those four years of furious creative energy, even under duress, we can only be glad that the all-powerful pope didn’t take no for an answer.

And so in four years of furious creative energy, Michelangelo completed a mind-bogglingly complex scheme comprising of 343 figures over the 12,000 square feet of the Chapel’s immense ceiling. Hebrew prophets, pagan sibyls and athletic male nudes, the so-called ignudi, lounge around the fringes of the vault: at the centre is the entire span of the Old Testament Book of Genesis in 9 panels, from God’s primordial Separation of Light and Darkness up to the near-total destruction of the world in the Great Flood and the salvation of Noah’s Ark. At the very centre of Michelangelo’s epic biblical narrative is the most iconic gesture in the history of art: the trace contact between the fingers of God and Adam that breathes life into the world and sets into motion the long story of humankind.

Tune in to next week’s blog to get the lowdown on exactly what’s going on up on the ceiling! 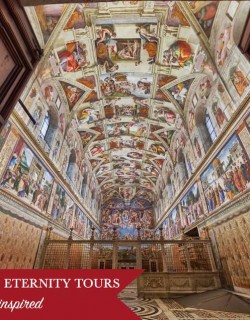